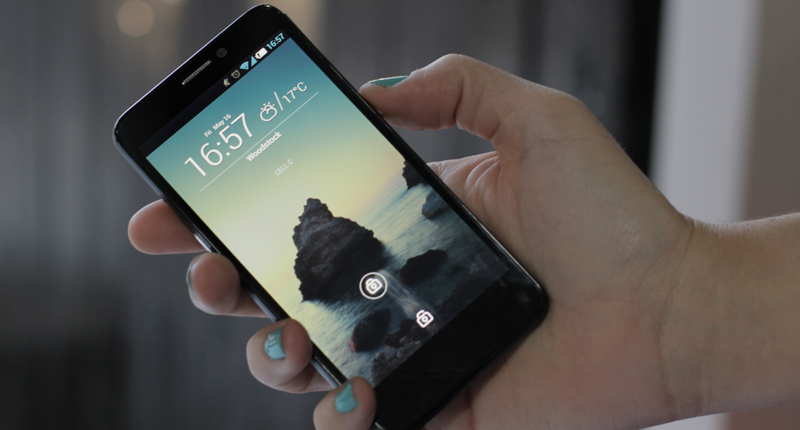 When the Alcatel One Touch Idol S landed in my vicinity, I glanced at its curved edges with mixed feelings. I’ve spent quite a lot of time with budget Androids in the last few years — I’d even reviewed its older cousin, the cryptically named One Touch 997 Ultra. To be honest, I wasn’t expecting this device to sneak out of my pocket and smack me in the face with its awesomeness… but I’d like to apologise for my early delusions.

There were reasons for my misgivings though. Alcatel isn’t a name you usually associate with smartphones (the space is heavily dominated by Apple and Samsung) and this particular phone is very kind on the finances, considering it goes for as little as US$220 (R2 250). Turns out that this device can do quite a lot without making your bank account cry.

With its slim unibody design (which is free from the cheap plasticy-feeling covers of Samsung’s fleet), the Idol S looks like a premium phone. It feels solid but not too heavy in the hand, and when you switch on that display, you’ll be forgiven for staring. While it’s just below retina levels (312 ppi), clarity and colour representation is great, with vibrant colours and deep blacks. It’s not up there in the ranks of best-screen-ever, but considering the newer iPhones have 326 pixels per inch, it’s definitely one of the phone’s strong points.

The phone is also pretty fast — it’s got a dual core 1.2 GHZ CPU and 1GB RAM, and it’s more than capable of running multiple apps and completes tasks quite quickly. Video streaming? Sure. Run your music and run-tracker app simultaneously? No stress. There is occasionally a tiny bit of lag when intensely multitasking, where you can almost imagine the insides thinking deeply about what you’ve asked them to do before actually launching WhatsApp, but it’s definitely not enough to annoy you. The Idol S runs Android Jelly Bean 4.2, with minimal alterations from Alcatel. Unlike other manufacturers (yes you, Samsung), Alcatel allows you to easily remove the pre-loaded apps and games from the phone (although you may want to keep the good ones like Deezer and Shazam), which makes the device pretty customisable. There is limited space on the phone itself though — just 2GB internal memory — which I managed to use up in less than a week. Thankfully, there is MicroSD card support, which can give you up to an additional 32GB for all your apps and music. Pop that in, and you’re sorted.

I also appreciated little features — like the fact that if you pick up the phone while the alarm is going off, it automatically snoozes it. It is difficult to substantially encapsulate the joy that little quirk inspires, knowing you don’t have to poke at tiny buttons in your half-asleep state. To top that off, the phone is also 4G-capable, shoots HD video and has pretty good battery life — its 2000mAh power source usually lasts at least a full day, with maximum brightness, always-on WiFi and average app use.

For all the good looks and great features, there are some signs this is is not the smartphone of your dreams. The screen, while bright and beautiful, is not very sensitive to your touch — it frequently lead to (very, very) bad typos in messages, agitated attempts to select and copy a web address, and made finer editing a pain.

The phone was also frequently under the impression that I was tapping out of the keyboard mid-message, rather than simply selecting a letter in the top row. Yes, Swiftkey is pre-installed (and very efficient), but if the learning curve is too much for you, get ready for tapping frustrations. The autocorrect helps, but until it learns more about you and your most common words and errors, you’re going to take six years to reply to any substantial length messages. The other downside to this phone is the camera — yes, it is an 8MP (the rear — the front is 1.3) creation, but it only shows off its high-res capabilities in very limited circumstances. It has a very strange focal range — if you’re trying to take a shot of anything even vaguely close to the lens (lets say 1 – 10 cm), you’ll be rewarded by a nice red focus box, a blurry shot and lots of grain.

Although it does have autofocus and touch-to-focus abilities, it’s not very sensitive — you sometimes have to tap on an object at various parts to get it to focus on the subject you want. The camera also hates anything indoors — so it won’t do your desk toys any justice unless you have about 7 lights on and take the photo near a window. In contrast, photos outside or in well-lit areas came across quite crisp and vibrant. If you’re a stickler for sharp, grain-free photos, this may be your breaking point.

Despite my early doubts (sorry about that), this phone is a very capable device, especially for the price. It scores major wins for build quality and style, the display and its multitasking abilities, but it is let down by a finicky touch screen and camera. But it’s still one of my favourite budget devices. 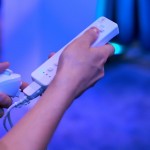