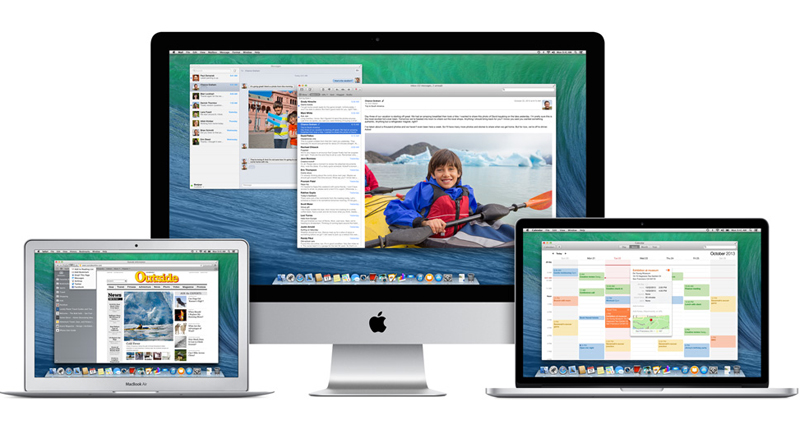 It’s official: Apple’s latest update to OS X – internally dubbed as “Syrah” – is on the horizon.

With the Worldwide Developer’s Conference approaching steadily on every geek’s calendar, it’s a worthwhile moment to reflect on what features we may yet see in Apple’s near-annual iterant update to OS X. Judging from major reports, it seems OS X is headed in the same visual direction the Cupertino firm took with iOS; including changed system fonts, and a completely refreshed, flat graphical update.

While looks are all well and good, let’s take a moment to hypothesize on what new features may – and should – come our way. With luck, they’ll be plentiful.

Spotlight in OS X exists in two very different dimensions. The “full” utility sits handily on the Mac’s menu bar, begging not to be forgotten by the everyday user. The second “app-centric” version sits in Launchpad, and helpfully filters between all those apps you once downloaded and have now forgotten about.

It’s not unlikely that Apple might undertake a merger of the two, in a similar fashion to how the iOS version of Spotlight functions. A single search bar, likely graphically inspired by the iOS version as well, would helpfully filter through contacts, messages, apps and more as on the iPhone. While elder Spotlight fanatics might wail in protest, a unified Spotlight might offer a better convergence between the ‘traditional’ Mac experience, and the iOS features which OS X Lion dropped so readily onto user’s desktops. On that note…

The dock is a small conundrum in OS X – a digital shelf where users traditionally stack their most used apps for handy access. While not universally loved, Launchpad, introduced in Lion, poses a far quicker and easier method to search for and launch apps. The two don’t complement each other, especially when to access Launchpad, a user must either click the Launchpad dock icon, or use a trackpad gesture.

It’s likely that OS X Syrah might offer a refreshed take on app-launching, with possibilities ranging from the Dock becoming a folder repository with Stacks present, as is possible with a small amount of elbow grease now, or opening concurrently with Launchpad to offer an iOS app-launching experience. While it’s difficult to imagine in what direction Apple might take this, it’s unlikely the dock and Launchpad will remain foreign neighbours for much longer.

Yes, yes, we know looks aren’t everything. Well, maybe they are. It’s likely that OS X Syrah will see Apple change the default system font from Lucidia to Helvetica, in line with iOS. Also expected is a far flatter interface with transparencies and gradients which first arrived in iOS 7. As a result of these changes, our desktops might not only look far different, but function far differently as well.

With Syrah, we may finally be able to incorporate those forgotten about “Dashboard” apps with our desktops, in a style not dissimilar from – but hopefully more aesthetically pleasing – than Windows 7. Such new OS X widgets might offer a faster alternative to actions such as AirDropping files, or pose a more mundane function such as a drop down calendar or clock. Alternatively, we may see a Spotlight in desktop-bound ‘widget’ form. OS X users have been pining for Apple’s virtual assistant since the day it made its great debut on the iPhone 4s. OS X Syrah is rumoured – to the relief of Mac devotees everywhere – to finally include a desktop bound Siri.

With luck, Syrah might finally be the juncture at which Apple allows third party developers to access and utilize Siri, offering near-limitless possibilities for every user’s desktop experience to become slightly more vocal.

5. An iCloud that can actually be used

For the most part, iCloud is simply ‘alright’. It works in the background, nonchalantly, and delivers iWork and iLife files across a broad range of applications with ease. However, offering only a measly 5GB of free storage and no way to strictly control which files can be saved over the cloud.

Syrah might – and with hope, will – offer an actual iCloud experience where the service is opened to consumers in a similar fashion to Microsoft’s OneDrive, and Google’s Drive. Such a move, on Apple’s part, might stem the enormous amount of Mac users flocking to rival services to use a basic – and more usable – cloud service.

Yet another pined-for feature amongst Mac mainstays, Syrah fortunately might bring to the table a multi-device variant of AirDrop for use between the Mac, and iOS devices. With this speculation comes the tandem belief that with the forthcoming iOS update, Apple might finally debut a filing system for the iPhone, iPod touch and iPad. Such a measure, while welcome, might offer an explanation as to why Apple hasn’t introduced such a repository on iOS up until now.

While limited on desktop environments such as the iMac, Mac Pro and Mac Mini, future Apple hardware in forthcoming MacBooks under Syrah might offer support for iOS style parallax, offering motion support and a glossy user experience for Macbook users perpetually on the go. With parallax support, it’s likely we’ll see interesting applications of the technology in traditional desktop programmes as well as gaming. Apple may yet have an ace up its sleeve. Let’s face it: iTunes, despite all the promises, advertising and updates, is still a mess.

While perfectly satisfactory for media playbook, Apple has seemingly always experience difficulty in incorporating syncing services for iOS into the app without creating a complicated mess. While iTunes 11 simplified the game a great amount, it’s still no checkmate.

With Syrah, it’s possible Apple might do away with device syncing in iTunes and instead offer a dedicated “Sync center” app, or instead use a variant of AirDrop delivery to keep files between OS X and iOS up-to-date. Let’s be frank – wirelessly throwing files at your iOS device is far more charming than finding that missing Lightning cable.

OS X, whether we’ll admit it or not, desperately pines for a faster method of changing essential services. While iOS now supports control centre, a quick and easy method of turning important features and utilities on or off, the Mac is still lagging behind with obscure menu bar apps, or opening system preferences to navigate through to that essential setting.

Syrah might offer us an easier alternative in the form of a “control centre” for OS X, which would ideally offer simple toggles for WiFi, Bluetooth, and Time Machine settings. A control centre in OS X would reduce that most annoying menu bar clutter, and reduce a user’s dependence on system preferences.

With iOS 7, Apple made a small, key victory – it created a usable and indispensable go-to day planner in the form of Notification Centre, with up-to-the-minute weather, traffic, and events information as well as birthday reminders. On the Mac, the story is much different – Notification Centre merely lists upcoming events and all those annoying digital notifications from apps, social networks and websites. In Syrah, it’s thankfully likely that we’ll see the notification centre overhauled to match its iOS counterpart. We also might see system information appear in notification center, such as battery information, and the pending time on a Time Machine backup.

In conclusion, in whichever direction OS X Syrah heads, the update will likely feature a slew of new features to bring the Mac back up to speed with the latest developments in the iOS world. While Apple’s tampering with OS X – and likely the suggestions here – will be contentious to a few, it’s an exciting time to be a Mac user.

Where would you like to see OS X? Let us know in the comments below! 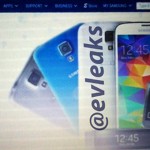