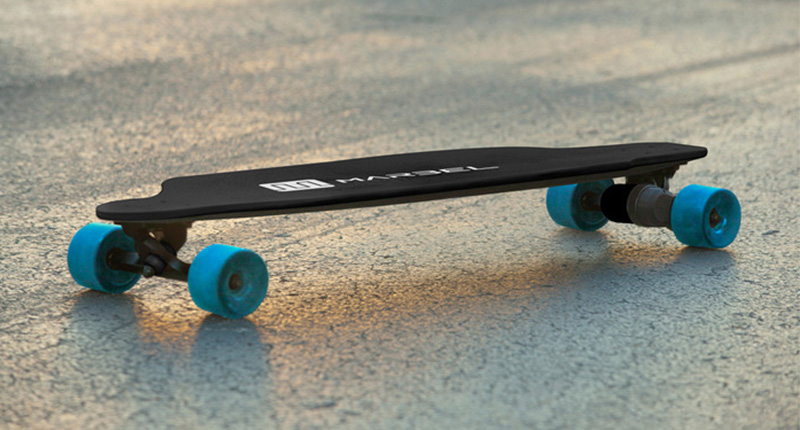 Marbel — an electric skateboard with technology in it similar to the Tesla Model S — can travel over 32km/h on a single charge and reach distances within a 20km radius. Plus, it comes with an app that controls it. It’s been funded in full over on Kickstarter so those who paid US$999 to be a “SUPER EARLY BIRD” buyer will get a Marbel to ride between September 2014 – February 2015. This isn’t just a skateboard though, it’s an upgrade from common transportation to future-friendly skating.

Marbel’s also practically feather-light for an advanced electric vehicle, and is powered by a 165Wh Lithium Ion battery. At only 4.5Kg thanks to its carbon fibre and kevlar deck, Marbel is at a great weight for driving the 2000W brushless DC motor, equivalent to three horsepower. It also has electronic regenerative braking and a master controller app which is compatible with both iOS and Android phones. There’s even a Wii-style handheld remote for those who don’t have access to a smartphone, with the remote controlling the speed and braking power with a simple sliding mechanism. The app, called Dashboard, has four riding modes: Sports, Eco and Starter with a Custom mode for full speed control. It’s all thanks to the Tesla S-like electric motor that takes a mere 90-minutes to charge.

Preceding that, skaters can reach insane speeds and travel freely across the city on one of the cheapest forms of transportation we’ve yet seen. Inner-city travel is relegated to public transport, cycling, walking or cars. But with a car or bike, travellers have to stress about where to park.

Marbel easily bests these modes of transport and if the board is competitively priced — in other words, not the US$999 version for Kickstarter buyers — we see no reason why Marbel should not completely revolutionise inner-city transportation itself. Now all we need to do is learn how to skate. Anyone keen to teach us? 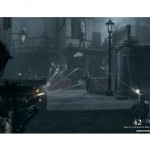