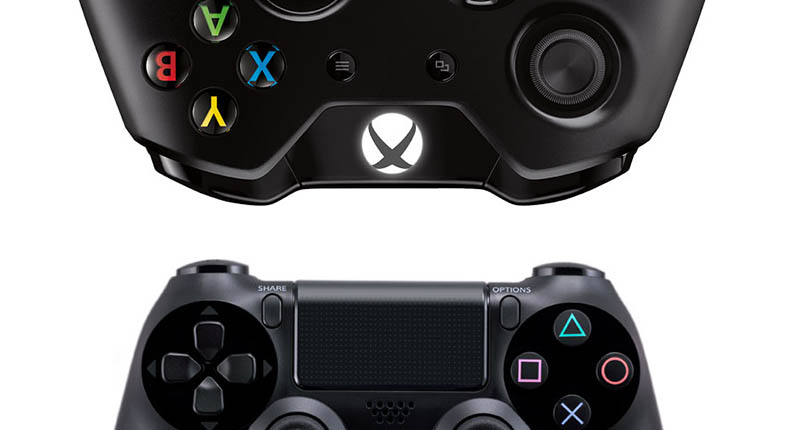 Of course the age-old (not really, but it sounds better) rivalry between Microsoft’s Xbox and Sony’s PlayStation is still alive and well. But six months down the line, what exactly is the current situation in terms of sales and potential peripherals? Umpteen announcements have been made, and with E3 fast approaching, no doubt we’ll see even more of them in the upcoming weeks, attempting to persuade the public why they should buy a specific console.

Of course, the first thing to remember is that unless you’ve imported it, the Xbox One still isn’t available in some territories, with South Africa being one of them. We’re only looking at a September release although the recent announcement of a Kinect-free Xbox One complete with lower price, might encourage more consumers to consider the console.

But I’m getting ahead of myself. Let’s do a quick recap of the story so far. Design: Boxy but foxy? More like just boxy. The design aesthetic of a shiny, black brick. That said, given the overheating problems of the 360, it’s possible that the bigger size might accommodate a better circulation system.

CPU/GPU/RAM: AMD 8-core Jaguar CPU – runs at 1.75GHz. The Xbox One runs at 853MHz and uses 768 shader processors, and runs 8GB DDR3 RAM. The Xbox One rarely runs on a full 1080p, meaning the slightly scaled back specs translate to lesser resolutions.

Controller: Much the same as the previous controller, although certain journalists have reported that the controller feels slightly less responsive than the 360 version. The integration of the battery pack into the controller was however a welcome change, rather than the bulky bulge at the back.

Online: The XBL community has always been somewhat superior to the PSN, and with the announcement of the twitch.tv streaming capability, no doubt many gamers found this an exciting addition to their regular social activities. Twitch wasn’t available on launch for the Xbox One like it was for PS4, but now that it’s active, it will add immense value to the already strong online offering on XBL. There have been a few improvements to the XBL service, but on the whole it remains unchanged. The introduction of Games with Gold is also an added benefit, meaning that Xbox will finally be offering free game downloads to rival PlayStation.

Camera: While you may not like the Kinect camera, the potential for innovation far outweighs the PS4 camera capabilities at this stage, with Microsoft working hard to integrate it into our everyday console usage, something that I don’t think will take off for a while given the resistance to the Kinect overall.

Indie: Although their indie offering was ho-hum to begin with, Microsoft are increasing the number of indie titles available, and although they still need to work hard to match Sony here, no doubt titles such as Super Time Force and Crimson Dragon will help immensely.

What does this mean for South Africa?

At this stage we don’t really know. On paper the Xbox One’s specs are similar to the PS4’s, but since we don’t yet have it in our territory, we’re uncertain whether we’ll have all the functionality that Microsoft offers to the US. Will the infamous Xbox TV functionality work? Assuming they build on the existing Xbox Live framework that exists in South Africa, I’m inclined to think we’ll be okay, but it’s anyone’s guess until we have confirmation. Price: US$399.00 (approximately ZAR6799.00 according to a recent statement by Sony distributors SKE)

Design: Not bad, especially when compared to its competitor. It’s sleek and classy looking.

CPU/GPU/RAM: AMD 8-core Jaguar CPU – runs at 1.6GHz. Sony’s GPU is 50% more powerful than the Xbox One’s even though on paper they appear similar. The PS4 uses 1152 shader processors and 8GB GDDR5 RAM. In contrast to the Xbox One, the PS4 runs almost all its games at 1080p.

Controller: The Dualshock 4 controller was a massive step up from the Dualshock 3. It’s infinitely more comfortable with a great D-Pad, responsive controls, and the integration of the speaker (and ability to plug headphones directly into the controller) were a welcome overhaul to a dated gamepad. The real downside however is the poor battery life. Expect to have to charge it much more regularly than the Dualshock 3.

Online: Having twitch.tv available on launch was a big bonus for Sony. The “Share” button on the controller also allows players to show others their experiences immediately. Whereas the PSN used to be free to play online (unlike XBL), Sony have finally introduced a pay-to-play system that is not quite as good as XBL. This new pay system will also anger many gamers, but it does at least put the two online communities on a par. Sony’s free games on Playstation Plus have always been a strong point, and that’s not about to change any time soon, especially since they now need to compete with Games with Gold.

Camera: Better than the PS3 camera, but still something that isn’t really used on a regular basis by most gamers, and certainly not a necessity unless you’re a big Move controller player.

Exclusive Games (so far): A couple of good games, but not quite as exciting as anticipated. The Order: 1886, Drive Club, Infamous: Second Son, Killzone: Shadowfall and Knack.

Indie: Sony indicated at E3 in 2013, that indie games were a priority for them, and they’ve remained true to their word, with a number of really awesome titles available for download on the PSN, including Octodad, Resogun and Outlast.

What does this mean for South Africa?

We’ve had the PS4 almost since its international launch, and considering it doesn’t really have much competition at the moment, it’s done very well. I think Sony have probably garnered the new buyer market simply due to early availability, whereas Xbox die-hards will likely wait for the Xbox One to make its appearance in September.

Which console should you be investing your hard earned money in? Honestly, I still feel that until we see how it performs in our own territory, it’s difficult to make an informed decision in that regard, however we can speculate. Based on international sales, the Playstation 4 is still outselling the Xbox One by 76 percent according to NPD. That said however, it doesn’t mean that the Xbox is going to be a flop by any means. NPD again, for example has also stated that to date, “sales of PS4 and Xbox One hardware are more than double the sum total of PS3 and Xbox 360 hardware sales in their respective first six months”.

If we take into account that the Xbox One is only available in 13 countries, as opposed to the PS4’s 72, it would account for at least a portion of the worldwide sales, and indeed those figures might even out a great deal more come September.

The initial price difference between the two consoles surely had a big part to play in the difference in sales, however with Microsoft’s recent announcement of a price drop for the console sans Kinect, the PS4 and the Xbox One are now on a much more equal footing. Add to that the fact that you will no longer need an Xbox Live Gold account to access services such as Netflix and Hulu (again something that we may or may not get in SA) and it makes it clear that at this stage it’s still anyone’s game.

The final decision might, as was often the case with the previous generation consoles, come down to the exclusive and online social community and whether in the long run the slightly stronger hardware capabilities of the PS4 will vastly outperform the Xbox One, or whether Microsoft will recover admirably. 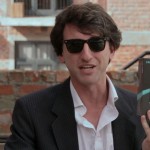