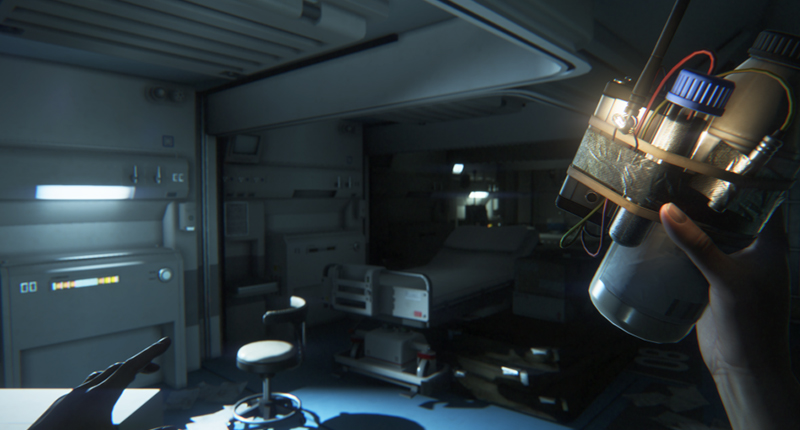 Alien Isolation (I was privy to the alpha build) did something that games rarely do: it scared me. And not because of the choppy framerate or fuzzy controls. No, Alien Isolation genuinely made me fearful of what lurked in the shadows. Armed with an Xbox One controller and a noise-cancellation headset, I was plunged into a world that slicked sweat across my brow. As I said earlier, I played the alpha which set me loose in a deadly playground with only a small set of objectives and one main task, to avoid the deadliest xenomorph in science fiction. I still can’t believe how scared I was.

Could Alien games ever evoke the fear of film? Alien Isolation will be the first. Its developers have created a truly terrifying games with a single, highly intelligent Alien that actively stalked me across the claustrophobic demo level. The Xbox One controller layout was confusing and hardly felt natural, but I soldiered on, determined to be scared. Games like Outlast redefined terror, but Alien: Isolation may just rip its digital throat asunder.

Flaky controls aside — here’s hoping that Creative Assembly fixes them before release later this year — the Doom-like graphics and perfectly recreated sound utterly absorbed me into the Alien universe. I was Amanda Ripley, daughter of Ellen, hero of the Alien films. In the game proper, her job will be to locate the black box of the Nostromo (the ship of the original 1979 film) which is hidden inside the Sevastopol, yet another terrifyingly dark ship filled with slick, oily death. It may be an awful ship to live in, but it sure is the perfect setting for a survival horror game.

In the short, pants-wetting demo, I had a few tasks to accomplish while avoiding the Alien. Don’t use the scanner, find a memory card and locate a well inside a ship. Now, the scanner — which is perfectly recreated from the film, eighties ping noise and all — is the only means of locating the Alien and when it starts to slowly pulse, terror quickly sets in.

The Alien is smart, and is possibly the most intelligent enemy ever committed to a game. Sometimes, I’d see her (the original Alien was female) skulk past a door and I would stop dead in my tracks, holding my breath in real life as I prayed for survival. Other times, I’d hear scratching on the walls or the metal rattling rasp of its voice. Sound played a crucial part, and was an effective lets-do-my-best-to-survive tool.

When it comes, death is swift and brutal. The Alien would strike from behind, pinning me to the floor before splitting my head in two. Other times, I’d run face into it and a quick swipe of its claw would end my precious life. Alien: Isolation makes you feel vulnerable, exposed like an open wound and constantly terrified of death. How the hell did Creative Assembly pull this off? The alpha build gave me a flamethrower which looked fairly realistic but was too slow to effectively kill the Alien. I think I wounded it though, but it still slashed a gaping hole in my face. I doubt that killing it will be easy, as this is a game with a singular enemy, so removing the threat would be moot to the game.

For such a short demo, I had many opportunities for fun. I played hide and seek with the Alien, avoiding it as best I could. The Alien hears sound, sticks to the shadows, kills with impunity and thinks.

I kept doubling back to avoid perilous areas, but the Alien learned my patterns and at one point, was clinging to the ceiling like a stealthy ninja. It dropped onto my head and I shrieked. I hid in lockers, under tables and even held my breath (there’s a button for that) to avoid death, but the Alien found me. I can imagine that playing this in a darkened room would be detrimental to those weak of nerve.

Alien: Isolation is a brilliant game, because it made fearful. The last game to truly scare me was The Last of Us, and Alien: Isolation shares the same design ethos of Naughty Dog’s masterpiece, in that in order to scare the player, all hope must be removed from the equation. When Creative Assembly polishes the graphics (frame rates were poor with plenty of screen-tearing) and tightens the controls, we’ll have one of the scariest games of 2014 and beyond. 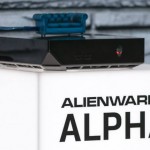