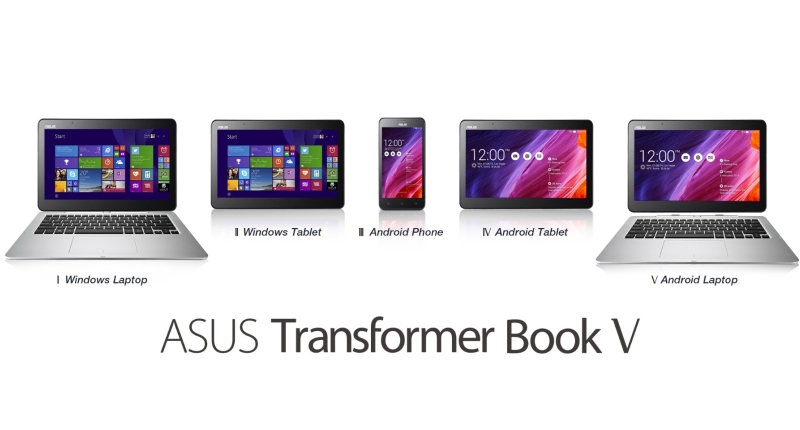 ASUS has unveiled its latest hybrid dubbed the Transformer Book V. The device is not only an ultra-thin laptop, but a tablet and a smartphone capable of running both Windows 8.1 and Android 4.4 KitKat, all rolled into one unique device.

The 12.5-inch touchscreen machine, revealed by the Taiwanese manufacturer at Computex, is billed as “the world’s first five-mode, three-in-one converged laptop.” Essentially, this means that this machine can be used in one of five modes — as a Windows laptop, a Windows tablet, an Android phone, an Android tablet or an Android laptop. It’s possibly the only device on the market that can lay claim to this title.

The Transformer Book V, when in laptop-mode, features a full QWERTY keyboard, an Intel Core CPU and up to 1TB storage. The keyboard is also fully detachable allowing users to turn the device into a tablet on demand, with up to 128GB storage available. Unfortunately, ASUS fails to reveal detailed specifications regarding CPU speed, battery capacity, screen resolution or RAM specifications. 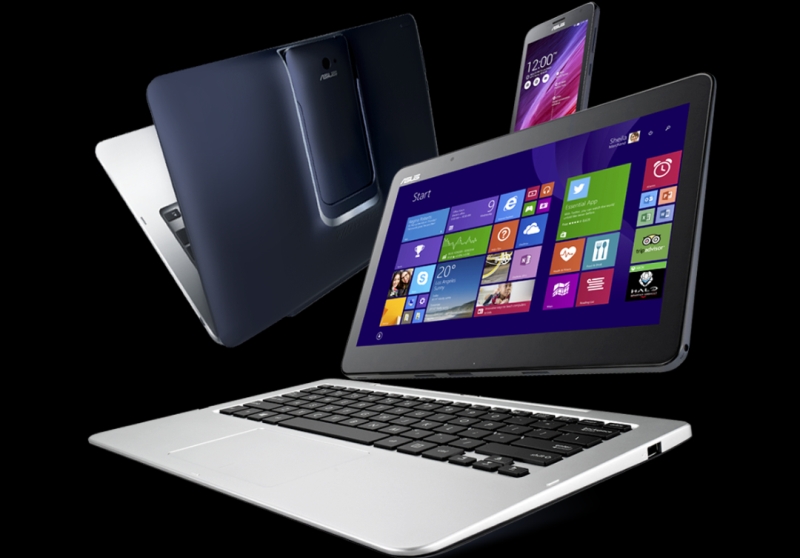 The device also comes with a dedicated OS switching button, allowing the Transformer Book V to switch between Windows or Android on demand. This also means that users can access both the Windows and Google Play app stores, allowing a vast array of apps for download on both platforms.

The craziest design feature though is the 5-inch smartphone docked behind the Transformer Book V’s screen. The built-in Android LTE-capable smartphone is powered by an Intel Atom quad-core CPU, a “world first” for a 5-inch phone. A large 2500mAh battery provides the device with a claimed ten hours of web browsing.

It would be unfair to compare this device to any of the offerings currently on the market, as ASUS has found a niche for itself in a highly competitive transformer market. There’s currently no word on when this device will be available, or how much lighter it will make your wallet, but its release will usher in a brand new sector for hybrids. 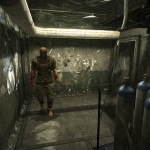