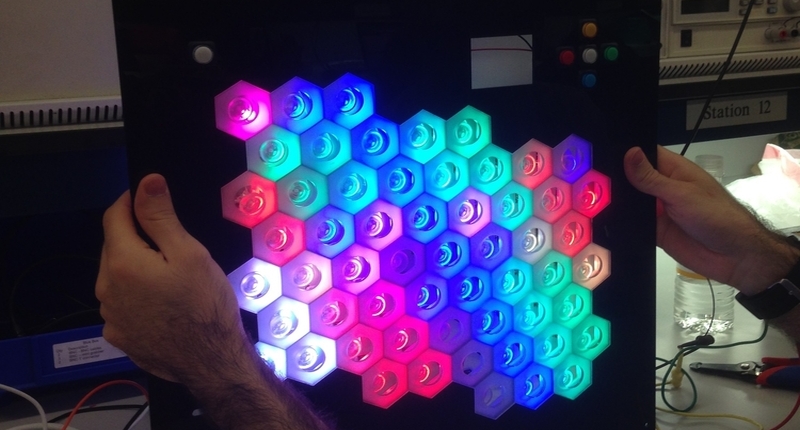 We’ve covered the highly customisable Raspberry Pi and its potential before, but no prior applicator sought to transform it into a full blown musical instrument. Dave Sharples, a student at University of Pennsylvania, has created just that. It’s called the Joytone, and it sounds as incredible as it looks.

Developed as a senior project for his BSE course, Sharples and his teammate David Glanzman have created a novel musical instrument using the Raspberry Pi, that privileges user convenience and expressive musical creations over design. The project has been featured on the official Raspberry Pi blog.

Based on exterior aesthetics, there’s no indication that a Raspberry Pi is involved at all. Initially, Sharples built a six-key prototype that showcased the intent. The final version however, is much more impressive. Fitted in a wooden box, the Joytone’s intricate guts are hidden from the user’s view. The device actually resembles a sampler, but instead of using flat pads, Sharples employs 57 illuminated thumb-sized Xbox joysticks arranged in a hexagonal pattern. Each key is painstakingly wired to and controlled by the Pi.

The honeycomb shape ensures that that each key is equal in size and allows the user to effortlessly switch between major and minor chords, without the hands straying too far from their initial position. The sound emitted by the instrument can be manipulated and adjusted based on the joystick’s angle and the pressure applied by the user. In addition, Sharples included loudness, timbre and pitch controls, allowing users to engage fully with the machine, with more variations than a simple electronic keyboard could offer. The Raspberry Pi is the major control unit governing the interface buttons, the 2.2″ TFT feedback screen and the DAC (Digital Analog Converter) audio output. A more intricate and exhaustive explanation of the wiring can be found here. Although it sounds like a simple plug-and-play project, it took more than three months to plan and build.

As for the sound, the Joytone is a burbling synergy of synths and sounds a lot like a heavily modified electronic organ. This is quite possibly the most emotive a Raspberry Pi or any computer could ever be. Have a peek at Glanzman’s walk-through demo video complete with a Joytone-rendition of Bach. It’s a marvellous melding of classical music played on one of the world’s newest instruments.

The entire project is detailed extensively on his blog, and we hope this device scores Glanzman and Sharples top marks and makes it onto the mass market. Its brilliant projects like these that details the possibilities a simple computing board and some ingenuity can produce. 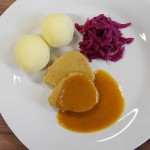