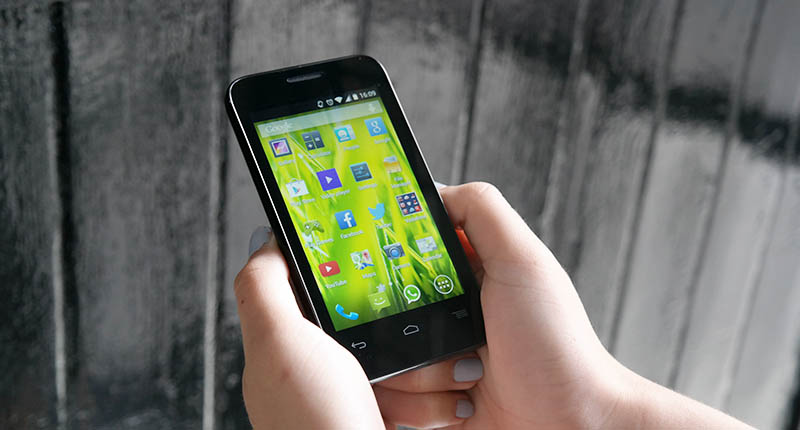 As I was set to retire my battered old handset, I was in the market for an affordable smartphone. That’s when Vodafone’s humble Smart 4 Mini so conveniently entered into my life. I’ll admit that until then I’d not seriously considered this particular model. Happily though, I’ve been pleasantly surprised by the R899 (well under US$90) Smart 4 Mini.

It’s not the sexiest or most powerful handset but the Smart 4 Mini still delivers a lot for its price tag. It can’t do everything perfectly but it does enough. This is a nifty little smartphone that can let you check your emails, browse your Facebook, and surf the net comfortably without killing your wallet.

Along with the handset you get the basics: Headphones, a USB cable and charger. Standard on the phone is the 4-inch screen, with its pretty sweet 480×800 pixel display. Also included is a tolerable 3.2-megapixel camera and a MicroSD slot that can support a card of up to 32GB.

You’ll be running the now slightly outdated Android 4.2.2 Jellybean on a 1.3Ghz dual-core processor with 512MB RAM. On board there’s unfortunately only 4 GB storage , which makes a MicroSD kind of a must-have. Besides all that, the Smart 4 Mini has all the little bits and bobs we’ve come to expect like Bluetooth and FM Radio. In terms of look and feel, the Smart 4 Mini is a little on the chunky side and very modest. The curved back looks a bit dated but feels pretty good to hold and is by no means a deal-breaker when it comes to looks. To me, it doesn’t scream “budget” too loudly or thankfully have that cheap plastic feel. This makes it easy to whip out in public setting, in front of those with of iPhones and swanky Samsung’s– if you care about that sort of thing.

I found the display to be a pleasant surprise — something which can sometimes be pretty dismal on budget phones like these. The screen serves up bright and crisp images – great for a meme and social media addict like me. It’s 233ppi display is pretty respectable for the price and allowed me to get my bi-hourly fix of cute animal pics with no problems at all. While it can’t compete much with the big boys in this regard, it certainly exceeded my expectations for a handset in its price range. On to performance, while it’s not lightning quick, it does what it needs to and does it efficiently. I had almost no problems running my standard handful of apps — Whatsapp, Facebook, Twitter, Gmail and the like. If you decide to go a bit crazy and run a host of applications at once then things will start chugging. In these situations, switching between apps can be stilted and trying. If you’re like me, though, and vigilant about quitting what you’re not using, then everything handles a lot smoother.

I was also impressed with its power consumption. I never felt the need to lower screen brightness or disable any features or connections to extend the battery life. When you do hit low battery though, you best get to a charger right away as my Smart 4 Mini tended to pack it in quickly after. The phone comes preloaded with a whole bunch of apps — some more useful than others. There were also small features the phone offered that I liked — more specifically how the phone vibrates when I touch the screen. Being able to check my data and memory use was also a pro and helpful in many situations, thanks to the easy to use bandwidth management settings.

This aside, the biggest attraction the Smart 4 Mini really offers is its price tag. It’s as simple as that. You can get your hands on it for about R899 which for a smartphone is a pretty sweet deal

What struck me first was the lack of a secondary or front-facing camera. I’ve never been a big participant in the selfie scene but this still proved to be a let-down. The back camera is also hardly impressive and pictures taken in anything but glaring white daylight look grainy. There’s not much to do about this state of affairs as there’s no flash included either.

The onboard storage is also frustratingly meager — I used up the 4GB in just a few days. Without additional storage using the device as a music and media player is almost completely impractical. If you decide not to kit it out with a MicroSD card, it’s best you be selective with what you’re saving on the phone and also what apps you install. Perhaps the most frustrating failing of the Smart 4 Mini is its touch screen and it was difficult to pinpoint small areas on the display. There is also a marked lack of sensitivity, as time and again I made typos and errors while trying to write because my tap was not registered. This is further exacerbated by the size of the keyboard when in portrait mode. I’ve hardly got sausage fingers and can imagine someone with larger hands potentially tearing their hair out in frustration after all the garbled messages. The phone does have a gesture typing feature which helps, for some, but takes a lot of getting used to if you are uninitiated. Verdict: Let’s get this out of the way, the Smart 4 Mini is not a Super Star – it’s designed and made to be low-cost which means that the polish and extra features associated with its more expensive counterparts is for the most part missing. With the price tag its got, though, a lot can be forgiven. If you want a basic smart phone for casual internet browsing, apps and social media then the Smart 4 Mini is definitely an option to consider. It won’t blow you away or change your life but it’s an affordable and efficient alternative that gives you all the functionality you need from a smartphone. 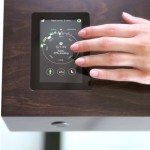