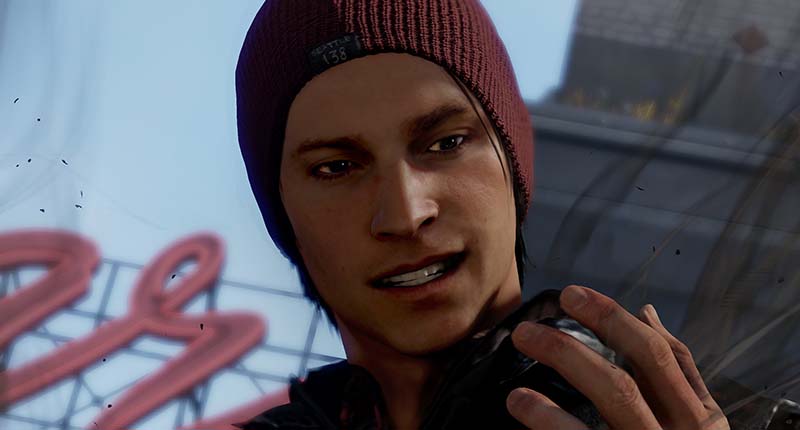 Ah, diversity. That often neglected, yet all important topic that is jumping to the forefront of many a gaming argument these days. Following the recent E3 2014 showcase, it was incredibly obvious that many game developers still don’t get it.

Oh what’s that Ubisoft? It was just too hard to include a female assassin in Assassins Creed: Unity? Yes, you’re right, we’re mysterious creatures that require years of research before we could possibly be included in any video game (especially since you’ve included a female character before).

Oh okay, that sounds very cynical, but c’mon, it’s a lame excuse. As I was saying, based on this year’s E3 showcase, it seems that for the near future we are still resigned to playing as the mostly unshaven (because he’s too busy saving the world) white male protagonist.

Don’t believe me? Think of some of the top games showcased at E3 this year. The Evil Within – white guy. Assassins Creed: Unity – white guy. The Witcher 3 – extremely scruffy white guy (even loving this game I can’t spare it from this). Arkham Origins – white guy. Tom Clancy’s The Division – white guy. Uncharted 4 – white guy.

Oh wait, Lara Croft in Rise of the Tomb Raider – white woman, hooray. Of course, that is an established franchise, not a new one, but that doesn’t negate the new direction Lara has taken. That’s really just a snapshot of the list, but going through it there are may be a handful of women and characters of colour.

Sure, perhaps many people don’t care, and just because I’m bitching now doesn’t mean I care all the time. It won’t stop me from playing a game I’m interested in just because the main character is a stereotypical, straight white male, but it would be nice to be given the option (not just through character customisation, but through actual, meaningful story-lines), to explore characters who have a backstory other than the ones I’ve come to expect over the years.

Yes, you can customise your character in games like Mass Effect, or even explore alternate sexual orientations in Dragon Age, but this is not an integral part of the character story or make up.

So if you’re looking for this diversity, where do you go to find it? Luckily, there are some games out there that provide a change from the norm. Here are just a few (in no particular order) that provide an alternative. Ajay returns to his (fictional) home country of Kyrat, a region of the Himalayas, currently under the despotic regime of King Pagan Min. Granted, Far Cry 4 is an FPS, so you’re not likely to see much of your character, but his back story is decidedly less typical than usual and it’s good to see an Asian character in a leading role as this is decidedly rare. Another first person game, so you don’t see much of her other than on the box art and in the cinematic sequences. The game was an unprecedented hit, prompting after many years, the announcement of a sequel but with no clear release date as yet. A Native American character, Delsin Rowe acquires conduit powers after chasing down an escaped criminal being pursued by the Department of Unified Protection or D.U.P.

Sure, he’s not the most well realised character in a game, and he does get incredibly annoying after a while, but again he represents a demographic that is incredibly under-realised as protagonist in a game. Although the Tomb Raider franchise is a long standing one, I’m referring in this case to the recent 2013 release, and the announcement of Rise of the Tomb Raider, announced at E3 2014.

Lara Croft has gone through many iterations, from groundbreaking female protagonist, to controversial sex symbol, and at this moment in time she is busy exploring her development into the strong, female character that has the potential to be an actual role model and not just male eye candy. While the second game really wasn’t as good as the first (which I still think was underrated in terms of fun factor), James Heller is a black former U.S. Marine Corps Sergeant who is transformed by Alex Mercer, the protagonist from the first game, into a similar shape-shifting-type creature. Sadly, there is very little character development other than a superficial backstory and revenge theme, but it’s worthy of a mention nonetheless. While problematic on many levels because of her overt sexualisation, Bayonetta is still pretty kick-ass if you can handle the eye-watering visual experience and action. I personally found the storyline pretty thin and the action repetitive. The sequel, announced in 2013, follows on from the original and has been slated as a Wii U exclusive. I still consider this one of the best GTA games in the franchise, and its lead character is a big part of that. Sure, there are many stereotypes at play here, (he’s the black gangster trying to reform and get out of the hood) but as I’ve said before, GTA as a franchise has always been about playing on those stereotypes and holding a mirror up to society, through things such as the NPC dialogue. This doesn’t negate his back story and the strength of the character within the game. Also falling into the GTA stereotype pattern, the black character of the three main protagonists, Franklin, is nevertheless a pretty awesome character, positioned in a pretty awesome game. In many ways his story is similar to CJ’s, and so in that respect isn’t very original, but he has a desire to better himself that continually comes through and which makes for a character that is both likable and relatable. Lee’s probably at the top of my list for one of the most well-realised characters in a game, but I’m sad that this game had to come out of an indie franchise and not as a mainstream AAA title. Everett is a black character with a solid, believable back story. He’s a complicated character and the voice acting by Dave Fennoy is absolutely superb, lending real credibility to both the character and the game as a whole. 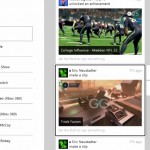