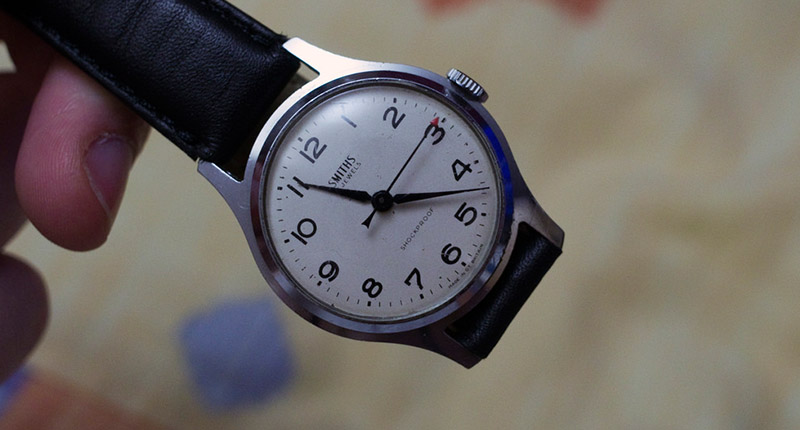 Keeping time has always been a fascination of human beings, and even from ancient times, it’s involved an instrument of some kind.

The earliest were the sundials of ancient Egyptian and Babylonian astronomy (3500 BC). Incredibly inaccurate and useless at night, they told time by measuring shadow lengths. The many limitations of the sundial motivated man to develop devices that could accurately measure time without the aid of the sun.

Now we have access to incredibly advanced time-keeping systems that can travel with us on our wrists at all times. And we’re still not satisfied. The advancement of the timepiece marches on as we develop more technologically advanced features, as well as computerized watches that early watch inventors would hardly recognise.

56 years after the printing press arrived, the first mechanical clock came on the scene. Powered by a mechanism called an escapement, the clock ticked with a steady rhythm, letting the gears move forward with equal jumps. A vastly superior technology, it replaced the water clock or clepsydra, which had been the time device of the day for well over a millennium. At about the same time, an even more impressive addition to timekeeping was invented.

Take it To Go

Created by clockmaker Peter Henlein sometime before 1511, the mainspring was the device that made the portable timepiece possible. Powered by winding, it relied on gears that moved the hands based on a rotating, time-measuring balance wheel. What resulted was essentially a large pocket watch that was actually too big to fit in a pocket.

The pocket watch created a profitable, niche market that grew with the technology. As with any newfangled device, early pocketwatches were incredibly expensive. Only the wealthy could afford them, and even fewer could afford to keep them running! Thus, the novel item became a status symbol among the wealth aristocracy of the period.

Like the first owners of the iPhone, pocket watch owners often worried pickpockets would steal their prized possession. When taken, owners published reward ads in local papers. Few were ever recovered, since pocket watches could be moved, or fenced in a no time.

To reduce the risk of theft, a much thinner movement was created in 1770. Called the Lepine calibre, it allowed watchmakers to make a flatter timepiece that could fit in a fob pocket (small pocket in a vest) to conceal the luxury item from roving thieves.

In that same year, Abraham-Louis Perrelet invented a self-winding mechanism. This ingenuous innovation used an oscillating weight that wound the watch as its owner walked, reducing the likelihood that the timepiece would stop ticking.

We now take this advancement for granted, but back then the technology was thought to be pretty incredible. Manual was the name of the game for almost any mechanism, so a watch that automatically wound itself made quite an impression.

Master watchmaker Abraham-Louis Bregue created the first timepiece to fit on a wrist in 1812. Ordered by Caroline Murat, the Queen of Naples, the watch was both practical and attractive. However, it would not catch on with the public for another century due to the widespread belief that wristwatches were effeminate. It would take the First World War for men to realise that wristwatches were far more practical than pocket watches.

In 1822, French watchmaker Nicolas Rieussec filed a patent for an additional watch hand that measured seconds. Intended to measure distance traveled, he called the hand the “seconds chronograph,” which would later become the stopwatch. For industries like racing and aviation, the chronograph was absolutely critical because is it allowed people to time events more precisely and reliably than ever before.

A watershed moment in the history of horology, Seiko introduced a watch that ran on a quartz-crystal battery in 1969. It effectively bulldozed much of the watch technology that had come before by eliminating the need for moving parts or winding. The new quartz models were also cheaper and more accurate than their mechanical predecessors. So, it wasn’t long before quartz timepieces replaced became more widely sold than classic mechanical timepieces.

It’s still early days for the smart watch technology – although many are in development, we have yet to see all these devices can do. The newest smart watches are basically mini computers you wear on your wrist and they can do just about anything your smartphone or tablet can. This includes running apps, playing digital media, and surfing the internet. Of course, they also have basic watch features like compass, thermometer, pedometer, calculator, and time. Many have touch screens, which makes them easy to operate in any environment. In light of the easy use and portability of our smart phones, some are asking, “What’s the point?”

Getting sucked into our smart phones in inappropriate settings has become a modern epidemic. With the smart watch, however, you can easily check the time or see if you have any new e-mail or text alerts without taking out your phone, which can look a bit rude and can easily cause you to get sucked into all manner of apps.

Classic watch enthusiasts are the biggest naysayers of the new technology – some even say that these new miniature machines should not be called “watches” at all. And while the smart watch could one day outpace the traditional timepiece, it’s likely that well-made watches will always be in demand from those who see the device as a style statement and heirloom.

What does the future hold for watches? If it’s anything like the past, the market should offer something for everyone.

For those who desire cutting edge technologies, there will be digital timepieces with countless features. But just like there are still serious music aficionados who prefer the record player, there will always be iconoclasts who would never abandon their classic, self-winding Swiss timepiece.

Author Bio: As a partner at Barmakian Jewelers, one of the oldest jewelry stores in Boston, Edward Bush is an expert in style and taste. He is also a frequent contributor to several online publications and is passionate about sharing his expert knowledge on watches and jewelry. 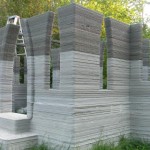