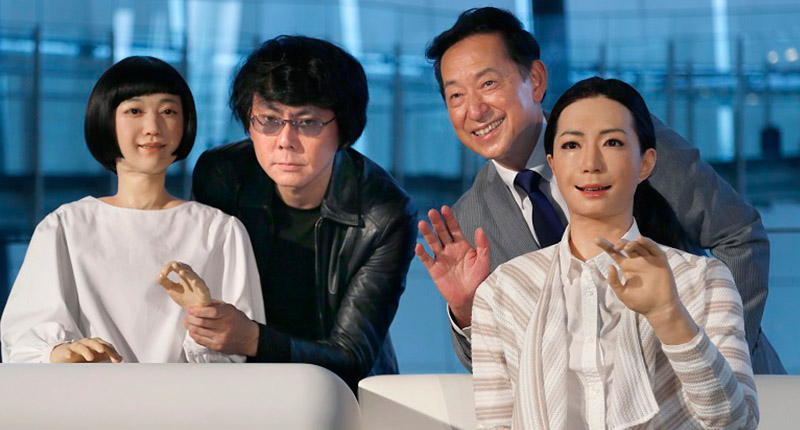 The idea of human-like robots have always been the stuff of tech legend. The theme of robots acting as humans and containing a consciousness, a concept that is still abstract to us and science, has been explored in the narratives of many books, movies and games (A.I. Artificial Intelligence, Bicentennial Man, I Robot, Terminator) and is no longer a subject of fiction, but now a concern of reality.

Until now, attempts to create such androids have been rather disappointing. Yet now, in Japan, there are android news reader robots (via Inquirer) that have a scarily uncanny similarity to the human form and likeness. These droids are so human-like that it would take extreme scrutiny before one would be able to realise that these aren’t human beings. They look, talk and they act like humans, if our genetic makeup was 10% wax.

“Making androids is about exploring what it means to be human, examining the question of what is emotion, what is awareness, what is thinking.” These are the words of Hiroshi Ishiguro, a Osaka University Professor, robotics expert and creator of these new androids. His android creations, namely Kodomoroid and Otonaroid, were unveiled 24 June , where they did a flawless news reading of events to a group of reporters in Tokyo.

The androids reported stories on an earthquake and an FBI raid, performing complex tongue twisters with ease. They are able to talk in a large variety of voice tones, male and female, and in many different languages. Kodomoroid was even able to convey humour, something that has always made humans unique, teases their creator. “You’re starting to look like a robot!” he told Otanaroid, after needing a reboot to function properly, which replied that it was due to being “a little bit nervous”.

The android machines are controlled remotely and have silicon skin with artificial muscles. They are able able to realistically move their eyebrows, heads and blink their eyes. This makes their behaviour eerily human.

That being said, the demonstration of the droids was completely perfect (via Mail Online).

Although these androids are an amazing feat, an important question to ask is what does this mean for the future of human reporters or even the human race in general? Presently machinery and robotics are a means of making our lives easier and something that is totally under our control.

But what happens when it goes past that point, what if it no longer simplifies but starts taking over parts of our lives? If we are coming to a period of time where robots are rapidly becoming capable of perfectly performing complex tasks, will there still be a place for us humans who are by nature flawed creatures?

Presently our world faces job shortages in many countries across the globe. There simply aren’t enough jobs for the amount of people inhabiting Earth. If robots start taking over pre-existing jobs, this will leave an increasing amount of people sans-income, ultimately increasing the problem of poverty and unemployment. So technology, our means of simplifying and improving life, will become our greatest threat. Don’t misunderstand me, I see this as an exciting and important achievement for the human race but there is a lot to take into consideration and this technological improvement must be approached with great caution. Hiroshi Ishiguro, the android creator, views this achievement as a means of identifying the differences between us and machines, and what it really means to be human. Even though I agree with his thoughts, I feel that his invention has a greater impact in-store than purely exploring the nature of being a human. It’s a sad truth, but a truth nonetheless that money has always competed with our respect for life. Mega-corporations are going to see that they can replace humans with robots and I believe that many wouldn’t even think twice about the cost of human versus android life.

Logically it makes sense. There is no need to negotiate salaries and benefits. You can simply buy a robot and program it to flawlessly serve your needs. There is no more problem with unreliable human behaviour as everything is under your control. And robots don’t get tired or ill, they simply carry on, relentlessly performing its assigned task without contesting it whatsoever.

The future rapidly dawns on us. The anticipation for intelligent robotics is almost at an end. Hiroshi’s intention is to explore the intricacies of human nature but his creation will catch the attention of many different minds who wish to incorporate his creation into their world.

What will the consequences of this invention be? Will this great advancement in technology turn out to be for the benefit or at the expense of the human race? Kodomoroid and Otanoroid are a premonition of the future. Tread lightly, or inherent ignorance will dampen the impact they carry. 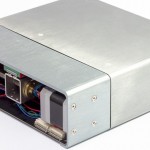