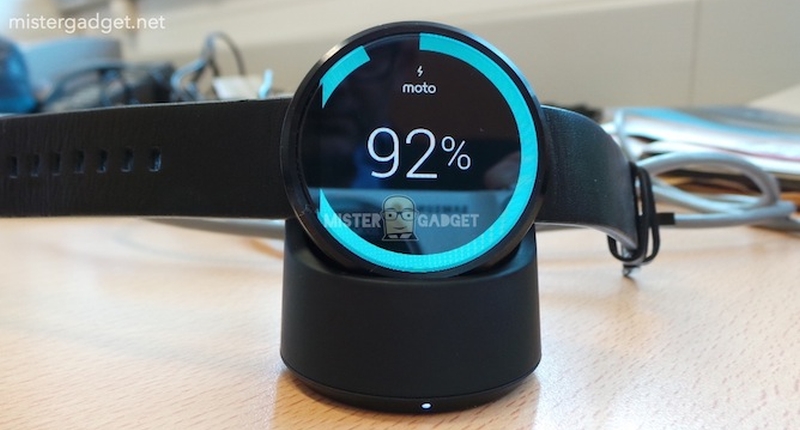 Luca Viscardi is kind of a “big thing” in his native Italy, so naturally when Mister Gadget gets his hands on a smartwatch, it gets noticed. Especially so if it’s the yet-to-be-released Moto360.

Spending an extensive few days with the gadget has let Viscardi form his own opinion of Motorola’s smartwatch, while leaking a few pictures and tasty tidbits too. And his conclusion? Well, he’s not quite sure what to make of it, frankly.

Aesthetically, the Moto360 could very well have been designed by an Apple employee, with sleek and simple lines used extensively. Sitting alongside the rectangular LG G Watch, the Moto360 with its round face it looks more like a traditional timepiece than a computerised ticker.

But besides its striking looks, the Moto360 will likely feature some LG G Watch-, Samsung Wear- and Pebble-beating features, if the inscriptions on its rear are to be believed. For one, wireless charging will set it apart from its microUSB brethren, although this is both a blessing and a curse. Go without a wireless charger for more than a few days, and that’s that. There’s no visible backup port to juice the timepiece. And speaking of the battery, it’s reportedly “two and a half times better” than the G Watch’s.

A steel construction, pedometer, heart rate sensor and an IP67 weatherproof rating rounds off the offering. Viscardi also praises its lightness and screen visibility in direct sunlight, which he claims is also better than both Korean offerings. But there are no official launch dates, nor do we know of an official price either. Chances are however, that it will be priced ahead of Samsung’s Wear and the G Watch and launched in the Northern autumn. Previous reports suggested price-tags of US$230, but after judging by those pictures, it doesn’t seem too steep a price. 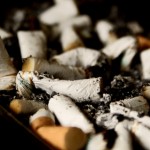