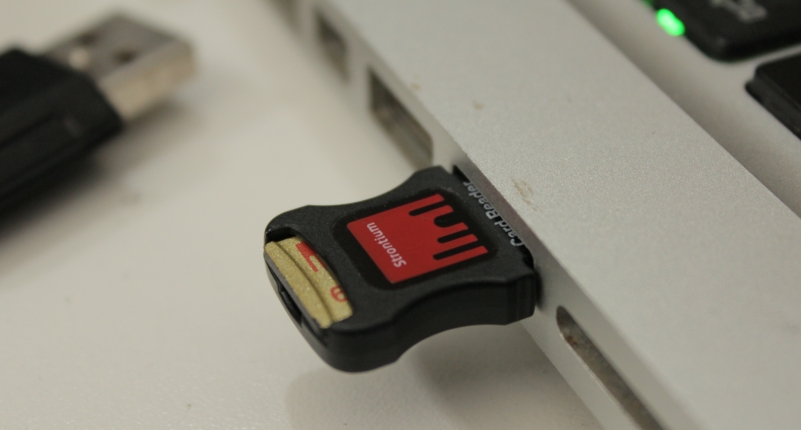 A storage card is a storage card, right? Well, not entirely. They’re integral components in the mobile device ecosystem but are an often overlooked and underappreciated piece of kit. Although each microSD card looks, behaves and typically does the same thing — which is, store things — some are faster than others, some are prettier than others and some come with rather great little addons.

The Strontium Nitro stakes its claim in the “some” category.

To be honest, I wasn’t completely familiar with Strontium’s products before I got hold of their 64GB microSD XC offering. The Singaporean company formed just over a decade ago, and is still a relative newcomer in the flash storage arena, but for R520, it’s little card flaunts a storage versus price equation that can’t be ignored.

Packaging is bog standard for the crowd, but our test unit came with a meticulously laminated cheat sheet — something that we haven’t seen from a company in a long while. Once unsheathed from its plastic coccoon, the gold-painted card with red inscription is quite a looker, and stands out against its black-coated SD adapter and USB flash drive-like adapter. The latter is something that was greatly praised, and should really feature with all microSD cards above 16GB. Not only does it allow the card to be used at its full speed on a computer, but it’s also more user friendly to pop it into a USB adapter, using it as a flash drive, or quickly transferring video files without cables and annoying software. To be realistic though, no one in their right mind would purchase an SD card to use it as a flash drive. It’s real playground will be the ubiquitous mobile platforms about today. So how is its performance in these?

After a quick FAT32 format, the card was readily accessible in my Android phone, operating admirably. With 60.3GB of readable space to work with (thanks to the annoying GB versus GiB naming convention, and some additional firmware) Strontium claims one could store up to 16 000 MP3s, around 26 200 5MP images and 960 minutes of 1080p video, which is more than enough for any mobile device. Additionally, our test unit came with a free unlock code to Android’s MyBackup Pro software — a very nice touch.

In terms of speed on a USB 2.0 system, it won’t set any records, to state the gravely obvious. Read and write speeds via its USB card reader racked up 22MB/s and 20MB/s respectively, while the native card reader in my machine saw slightly slower results. It should be noted that the speed fully expressed by a card is integrally linked to the test machine’s capabilities, and thus it will be much faster on a USB 3.0 system. In theory, according to the card’s specification sheet, speeds of up to 80MB/s read and 60MB/s write are attainable, which is nothing to be scoffed at. When not in any particular device, or perhaps a device in a particularly active person’s pocket, Strontium claims that the card is waterproof, temperature-resistant, magnet-proof and humourously, X-ray proof too. I’m not sure when any user will necessarily come into contact with X-rays while handling the card, but it’s a comforting thought, Strontium.

So it’s durable, attractive, has acres of storage capacity and comes with some novel addons. Unfortunately though, with all tech — even storage cards — there are some downsides.

What’s not so great

Firstly, fitting the card to the USB is easy enough, but removing it is more than difficult. I suppose that the fit provides peace of mind that the card won’t budge in transit, but removing it from its USB home takes a cloth and some ingenuity, or a proper set of talons.

But frankly, that’s the only issue I found when using this card for a month. It’s particularly difficult to fill up as well, in general use, which is actually a positive in my book.

Rounding it all up

In summation, while cards may just be cards, the Strontium is a slight cut above the rest. It’s durable, attractive, multi-purposed and most importantly, it just works without a hint of failure, even after a few formats and benchmarking tests. The USB card reader is a little godsend as well, turning the card into a three-in-one rather than merely a micro/SD card combo. For those looking for a high capacity, high-speed device, the Strontium Nitro at its price is tough to beat.

Verdict: There’s not much to find fault with. Strontium has delivered a strong product, with plenty of options for consumers. With the promise of high read/write speeds, it should be ideal in cameras, smartphones and tablets. And with the USB reader, it can be turned into a flash drive within minutes. A sturdy, intelligent product wins the day. 9/10. 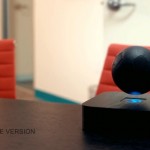