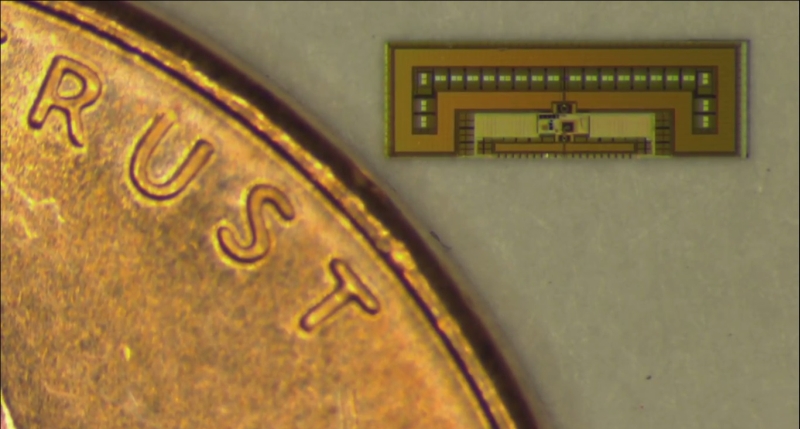 Researchers at Stanford have developed a radio the size of an ant that can transmit and receive radio signals the team hopes will someday wirelessly power and connect every object and device in the world. The device costs pennies to make and can even harness its own energy collected from incoming electromagnetic waves picked up by the chip’s tiny receiver.

The three year project started in 2011 when Amin Arbabian, who is now an assistant professor of electrical engineering, was a PhD student working with Professor Ali Niknejad, director of the Wireless Research Center at the University of California, Berkeley. Amin was fascinated by the challenge to create a wireless system cheap enough and small enough to offer the kind of connectivity that would merge all of our devices and objects together on the web. ”The next exponential growth in connectivity will be connecting objects together and giving us remote control through the web.” Amin goes on to say that ”we’re ultimately talking about connecting trillions of devices.”

The challenge was not simply to miniaturise existing radio components, but completely rethink and reengineer the circuitry needed to pull off such a tiny, wireless radio chip. With help from his wife Maryam Tabesh, who was also a PhD student in the same department, and with the addition of a few Stanford researchers, Amin fulfilled his vision.

The radio chip includes a receiving antenna that uses incoming electromagnetic waves to power itself, a transmitting antenna capable of broadcasting relay signals and replies over short distances, and a central processor to manage all programming instructions. The device has been so successful in execution that French semiconductor manufacturer STMicroelectronics has decided to manufacture these radio chips.

Amin is now working to find a way to position these tiny radio chips throughout an individual’s home to ensure the wireless connectivity of every smart object. “Cheap, tiny, self-powered radio controllers are an essential requirement for the Internet of Things.” 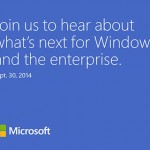