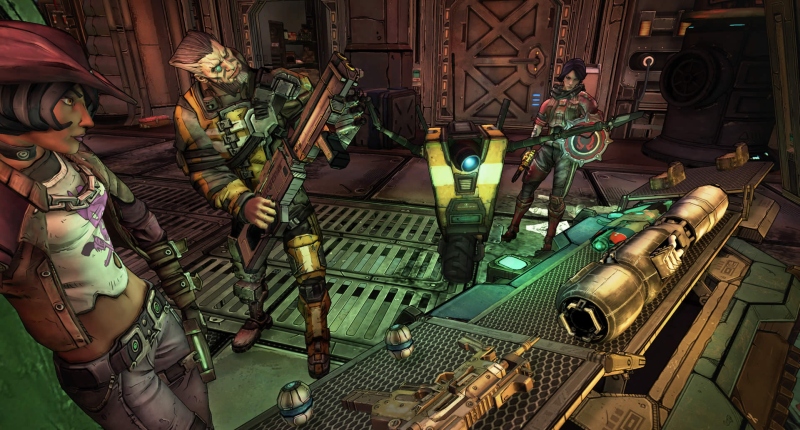 A weekend of rAge (god damn, I hate how that’s spelled) mayhem has come and gone, leaving many gamers’ hands pain-stricken, stiff and their hearts filled with lust for forthcoming titles. Although there was a ridiculous array of new releases to choose from, one couldn’t quite play them all. But because there were so many, how on earth could you pick which to play?

It’s okay, but if you didn’t play these five games, you weren’t doing rAge correctly. These are the pick of the bunch, the five titles that left a lasting impression on me and everyone who seemingly visited the stands too.

In no particular order, here are the five games you definitely should’ve played at rAge 2014. We’ve been raving on about Sunset for a while, and it’s chaotic as we first suspected. Flavoured with splashes of brilliant colour and post-apocalyptic monsters that are relatively easy to kill, it’s the kind of world we wouldn’t mind living in, even though it’s labeled as “dystopian.” We’re not quite sure.

Sunset City — the venue for the non-stop mayhem — is very much “Open World” too, with seemingly never-ending spaces and places to explore. There’s no set protagonist either, which means gamers can customise their personal avatar as they like — frankly, there’s something satisfying about controlling a character who looks like you but wields eight different weapons at any one time. Although the gameplay is a bit frenetic and disorganised, it’s quite easy to spend half-an-hour in the same area just killing things.

Microsoft has massive plans for the title too, including a cloud-service which will allow the game to expand beyond its current borders — imagine Rockstar’s GTA series with a splash of Splatoon, and you can imagine the prospects. For all of Ed Boon’s hatred of Sub-Zero, he truly is bad-ass in the preview build of Mortal Kombat X. It was the “youngest” game on show, and arguably drew the biggest crowds (expect those at the FIFA 15 stand, of course), and there’s still plenty of work to be done. Regardless, it’s massively promising thus far.

Fatalities are hard to come by in the preview, but those that are featured are quite literally, overkill. Special moves are still locked in the fun vault, and there are around 20 characters that still need confirmation, but everyone’s favourites like Kano and Scorpion feature prominently. And my, it looks amazing on the PS4. Controls are really smooth as well, even though the game will only be released officially next year.

Three character variations allows the gamers to adjust attacks, weapons and defense moves — which essentially means there are three sub-characters per character. This makes Mortal Kombat X more tactical, theatrical and over-the-top than ever before. My friend got me into Borderlands, and I can safely say that The Pre-Sequel — as annoying as the name may be — is a hoot.

Continuing with the same strange yet visually striking animation techniques, the game strikes a perfect combination of RPG and FPS games — it’s not just the shooting that’s fun.

Handsome Jack has now gone rogue, which is a tad strange if you’ve played the previous games. There’s a strange yet very satisfying overlap here as I experimented with the four new playable characters. The new environments are fun as hell, especially the low-gravity aspect, which makes jumping around and shooting things in mid-air hilariously fun. And the four characters all have their special skill sets, which makes picking one quite difficult.

I decided to play as Athena who has a shield that could absorb damage as well as dish it out in large quantities. While it’s not going to change the world, it’s was a hell of a lot of fun.

Middle-earth: Shadow of Mordor
Release date: Out already for PC and current-gen, out in November for prevous-gen Fans of the Tolkien novels will find it difficult not to like this game. As it takes place between the Hobbit and The Lord of the Rings, Shadow of Mordor takes some liberties with story-line, but it fits well into the overall theme.

You play a Ranger dubbed Talion — a once-dead, but now kick-ass son of Gondor who ventures to Mordor to exact revenge on everyone’s favourite evil guy, Sauron. It sounds like a cliched storyline, but the gameplay mechanics keep it very fresh.

The Nemesis system is intriguing, and for once, makes sure gamers think about karma before going in all guns (or swords, in this case) blazing. Previous characters who you’ve met along the way will adjust their actions on the next meeting, based on how you interacted with them previously. So throwing a spear at someone for funsies is not the greatest idea.

It reminds one quite a bit of Assassin’s Creed but, with much better combat. The environments are also incredibly detailed and immersive. It’s a game that’s hard to take a break from.

Splatoon
Release date: First half of 2015 (no solid release date as yet) I’ll say it — I love this game to absolute bits. It’s about as childish as games get, but isn’t gaming all about escapism? Splatoon‘s really only interesting in multiplayer though, and the fun aspect comes mainly in ganging up against the other teamsters. I can’t imagine that this is a game someone would play alone though, and that largely deems it pointless.

From the quirky squid-ink gameplay (that Nintendo does so well), to the vivid colours, it’s a sensory treat packed with loads of laughs. But don’t let its cutesy looks fool you — it’s quite challenging. Multitasking between the Wii U’s controller screen — which houses the map — and dodging opposing Inkling’s paint splatters while shooting and re-inking yourself (turning into a squid and swimming in your ink), means the allotted time evaporates rather swiftly. 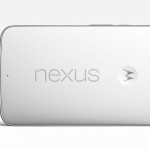