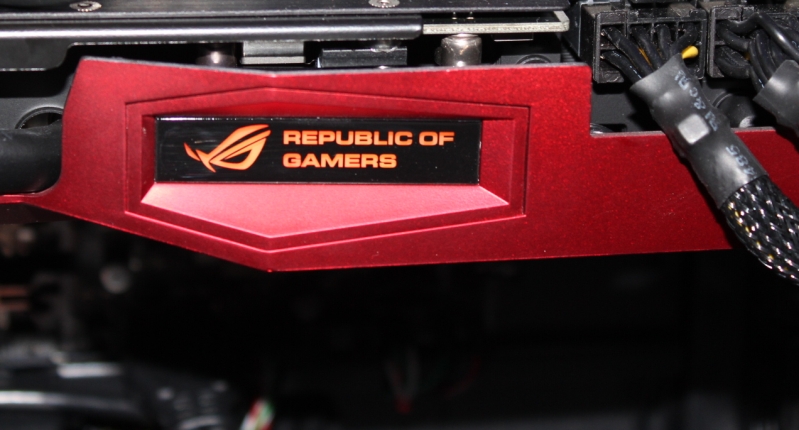 ASUS’ booth at rAge this year came complete with a dedicated DJ banging out commercial hits, but one commercial hit at least in the gaming laptop market, is finally coming to South Africa.

The Taiwanese-based company showed off for the first time in the country its GX500 — the flagship model in the G-series of gaming machines — that looks as sultry as it will be expensive. Unveiled to the world at Taipei’s Computex in June, the laptop has already set tongues wagging abroad. Sadly though, it’s only arriving on SA shores officially in Q1 2015. Trust me, that’s too long to wait.

But it wasn’t the only machine on display. ASUS are gunning for Alienware with this beast, yet manages to pack a ridiculous amount of power in a 19mm thick body. Compare that with the Alienware 17, taking up nearly 30mm more standing space. Not only is it thin, it’s a beautiful piece of design. The Republic Of Gamers’ tell-tale rouge makes its presence felt in almost every element of the design, from the backlit keys to the subtle style lines on the system’s lid.

It’s a pleasant machine to use too. It doesn’t get too hot, thanks to a strange yet fascinating dual-fan system (perhaps inspired by the brand’s Strix-cooled graphics cards, which I will come to later), even though it’s chock-full of steaming hardware. For instance, Nvidia’s GTX860M with 4GB GDDR5 memory makes an appearance, which is more than capable to turn this laptop into a photo-editing machine too. And on that note, the screen is a quite-enough 3820×2160 4K unit, which in a 15.6″ form factor sounds like overkill, but it’s well worth it.

128GB SSDs in Raid 0 prevents read/write bottlenecks, while 8GB RAM and Intel’s i7-4712HQ (victim of the Haswell refresh earlier this year) should please core-loving games like Battlefield 4 and programs like Adobe Illustrator. Also on display was the 17″ G751 with the Nvidia GTX900M inside. It’s a massive beast, and well, looks and behaves like every other oversized gaming laptop I’ve ever tried. Meanwhile, on the auditory front, ASUS also extended its Strix range to include a sultry and mighty comfy pair of gaming muffs.

The cleverly-styled Strix Pro, is a gaming headset compatible with just about every system and is incredibly comfortable to wear. To be frank, I didn’t really want to take it off my head. ASUS favoured the circum-aural philosophy to good effect — instead of squashing the ear, the headset fits around the ears, cupping them, which makes for great sound as well.

Noise-cancelling is top notch, considering that I could barely hear rAge going on behind me with these things on, while the lightness of the set is another blessing. The company’s console-like small form factor PCs also made an appearance, with the R20 and its geometric design stealing the show. Although the GR8 is a great PC in its own right — sporting an Intel i7 and Nvidia GTX750 Ti — the R20 will be the machine of choice for those wanting the console experience with the power of custom hardware.

The R20, along with an i7, also boasts a GTX780 and can drive 4K monitors as well. Don’t expect it to drive games in 4K though. It’s also the perfect companion to a TV, and can double up nicely as a media centre.

What about the other goodies?

Zenbooks, Fonepads, ROG Rampage motherboards with Z97 and X99 chipsets and Strix-branded video cards were also on display. Have a gander through the gallery below to discover a little more about each. 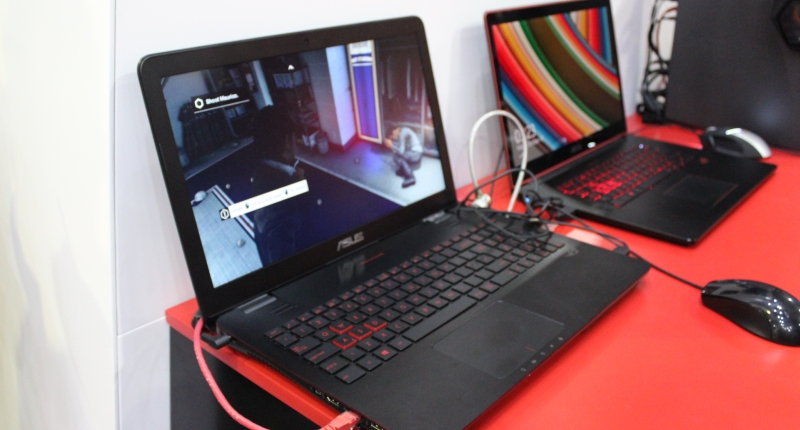 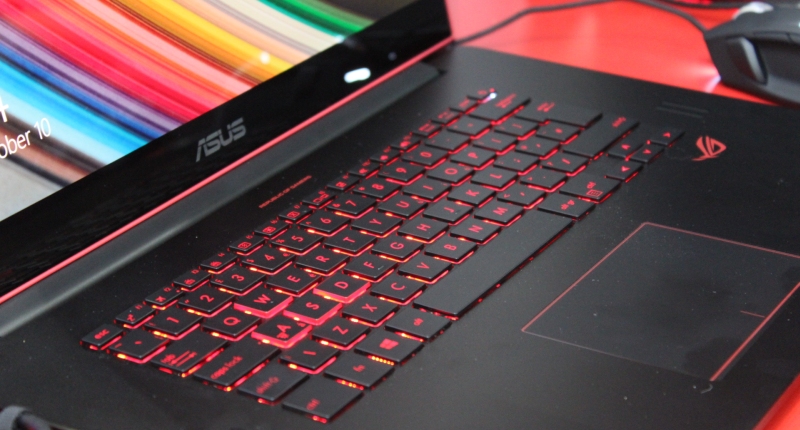 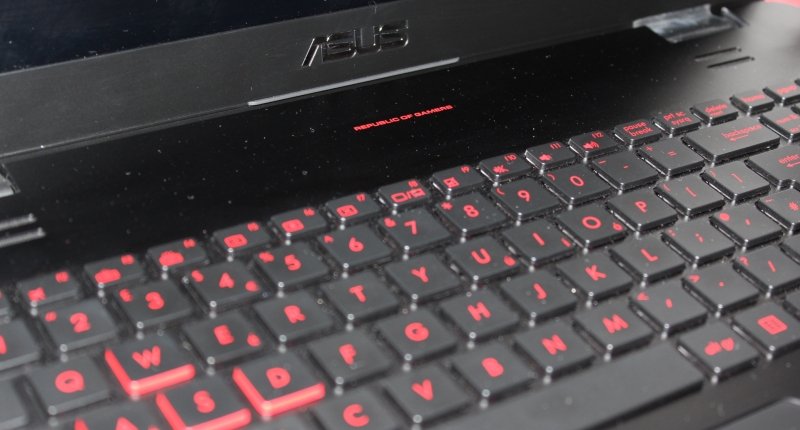 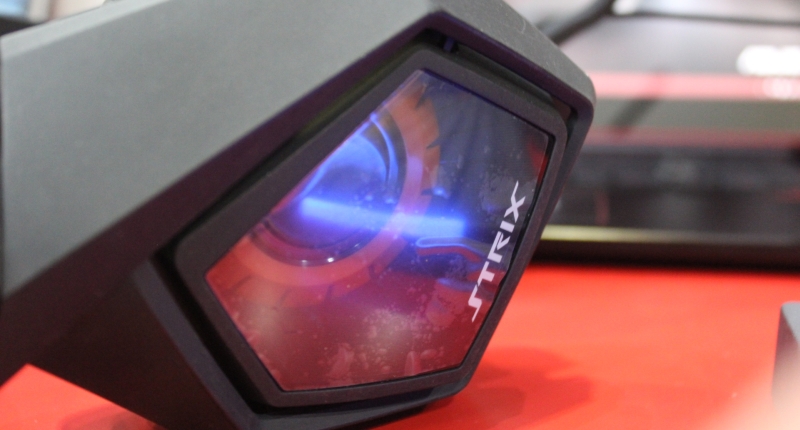 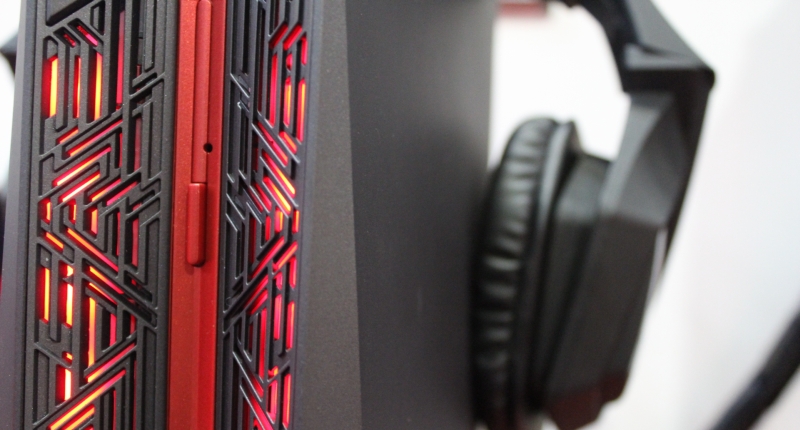 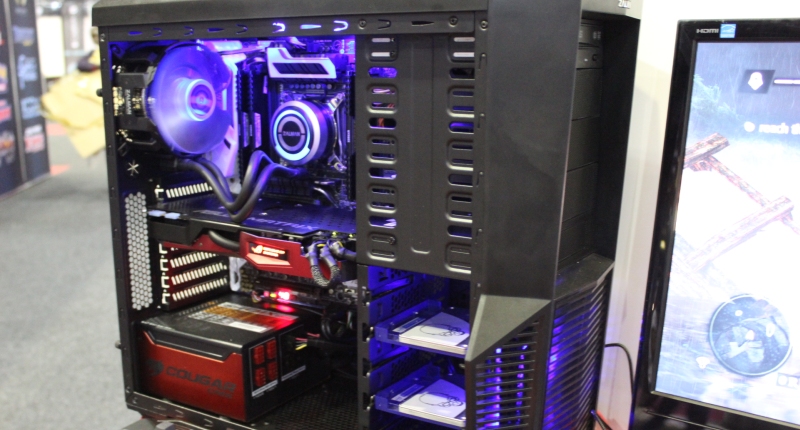 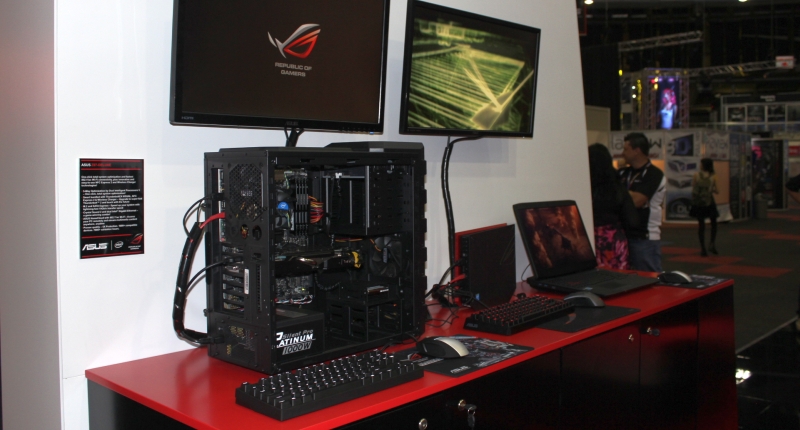 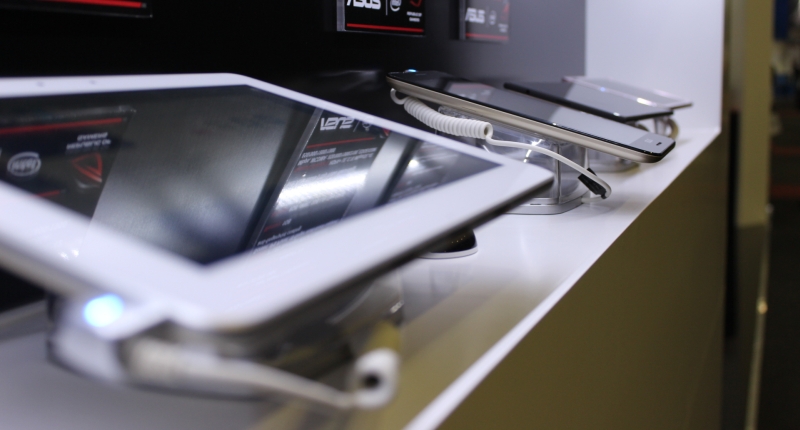 ASUS' Fonepads were not as popular as the other hardware, but were thoroughly entertaining nonetheless. 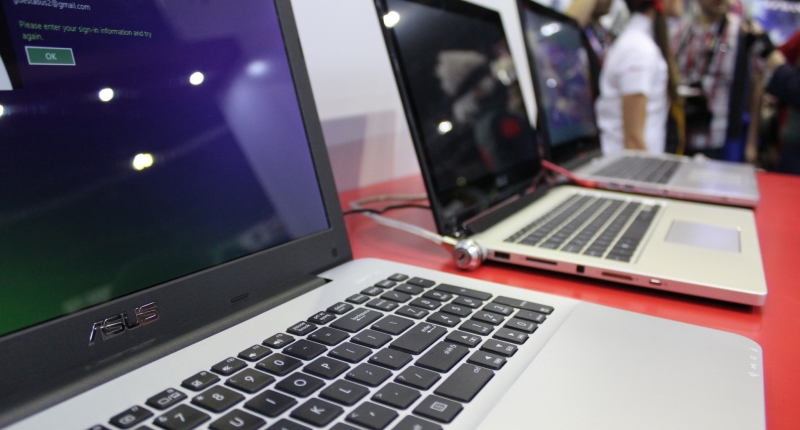 ASUS' can also do business. Here's its sleek Zenbook and Transformer selection. 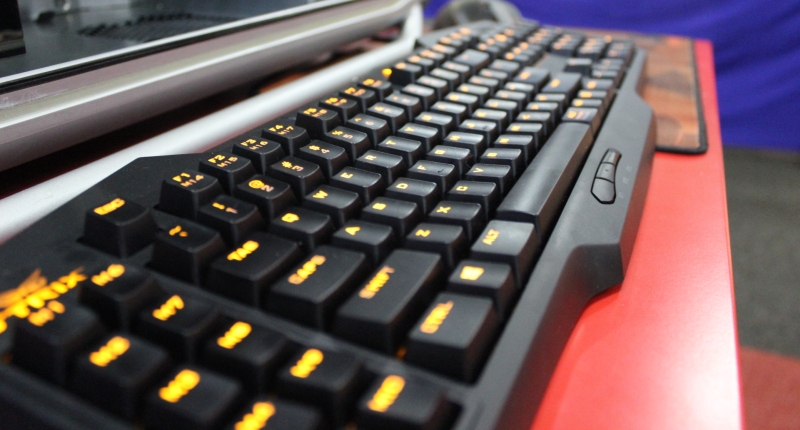 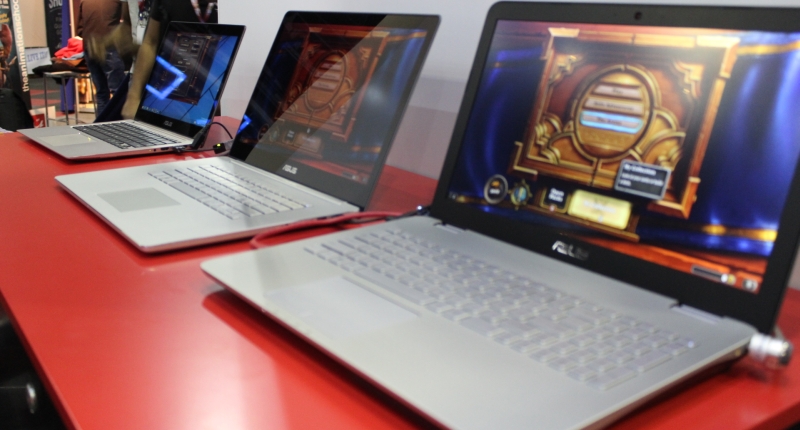 For the media mogul, ASUS' N-series is a more than capable line for the audio and visual professional.

I’m not too sure how others feel about waiting, but I for one cannot wait for the GX500’s availability. 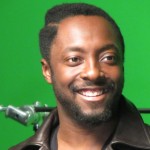