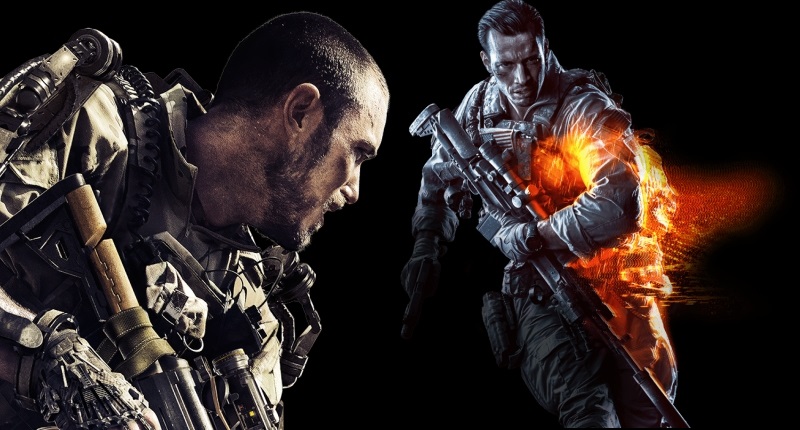 In much the same way as we see a yearly iteration of most sports games, we also see regular releases of Call of Duty and Battlefield. Because they are of a similar nature, quite naturally there is a certain amount of rivalry between the two, and an associated fanaticism that accompanies its release.

Call of Duty is a shooter characterised by a history of memorable characters and single player campaigns, as well as fun and addictive multiplayer gameplay.

Battlefield is specifically known for its innovative multiplayer maps, and the freedom to play in whichever way suits you.

And so we’ve decided to give you the ultimate rundown on which game is better. To be fair and narrow the playing field a little, we have to take into account certain parameters, so let me talk a little about those first.

For your convenience, we’ve used the average Metacritic score to get an overall rating before looking at other criteria, and these scores take into account the highest rated console score on Metacritic. I’m aware that the games are released on other platforms, however with consoles, this seemed the fairest way to do this as not all gamers have equivalent PCs whereas consoles provide a standard platform. This article also doesn’t accommodate DLC content or portable/mobile titles (the “base” game is the benchmark). In the case of some of the earlier games, these were only released on PC as the consoles were not yet available/prevalent, so where possible we’ve accommodated these.

If you take the average Metacritic scores of both games and average them out, you’ll find that Battlefield averages a bit higher overall, coming out at 85% (out of 9 games total). Call of Duty comes out at 76% (out of 7 games), however this doesn’t take into account Call of Duty, Call of Duty 2 and Call of Duty 3, none of which are available on Metacritic. (For a full breakdown, see the scores near the end.)

While Metacritic certainly isn’t a failsafe review site, it does give a good overall average because the reviews are varied. For greater detail, you can also delve into the user scores which (while I haven’t used them here) are more helpful for gamers overall as they’re often more fan based.

Winner: Battlefield (although granted this is on a technicality).

There is no doubt that Call of Duty has shown great improvement over the years, as has Battlefield, but the greatest improvements can always be seen in the most recent iterations of the games. Ghosts is by far the best looking game in the Call of Duty franchise, and there is a marked improvement in this regard, particularly when it comes to character movement and environmental rendering.

Battlefield takes advantage of the Frostbite engine at every turn and is markedly “next-gen”. Not only is there an amazing level of attention to detail, but the destructible nature of the environment is incredibly impressive. In this category, the award would have to go to Battlefield, as while Call of Duty looks great, it also looks like a remastered version of the previous games, whereas Battlefield takes the franchise that extra step forward into a much more immersive environment of realistic looking graphics.

Both games are excellent fun, and a preference for style of gameplay is often dependent on the player. This is perhaps a much more opinion-based category than the others, but nothing beats Call of Duty in terms of sheer minute-by-minute enjoyment. Sure, Battelfield can be tactical, it’s enjoyable and you have to learn to work cooperatively with your team, but the fun involved in just running around decimating other players, hands down goes to Call of Duty in almost every respect.

Honestly, the thing that Call of Duty has always had going for it, is the ability to introduce likeable and memorable characters in the midst of a shooter. In story arcs such as Modern Warfare, you really connect with the characters, and although this varies somewhat from game to game, there is a solid storyline that runs through each Call of Duty. Granted, they might not all be the most original of plots, but overall they’re solid and enjoyable. Battlefield falls down significantly in the single player department (although Bad Company proved that there can definitely be an interesting single player storyline without sacrificing good gameplay). BF3’s single player campaign was downright awful, and although they’ve stepped it up slightly with BF4, it still doesn’t match up to Call of Duty in that regard.

Call of Duty has always been known for its solid multiplayer maps, however in recent games it’s all become a bit bland. To be fair, the level design is excellent, the controls are pin-sharp and you can choose a number of different play styles and still get an equally satisfactory experience from all of them.

What really sets Battlefield apart in terms of its multiplayer, especially in recent years, is the fact that you will never play the same game twice. You never really know what to expect as there is always something new happening in the multiplayer. Unlike Call of Duty which tends to feel a little paint by numbers at times, Battlefield really shakes it up in the multiplayer arena.

I’m no fan of Ghosts Extinction mode, which is the co-op offering for CoD this year, but Battlefield doesn’t offer a co-op mode at all. To be fair the entire game is built around co-op, and it’s much more of team-based game than its rival, but the inclusion of a co-op specific mode into Call of Duty sets it apart, even before the zombie and alien-themed campaigns that characterise the later iterations of the game.

Both franchises have made leaps and bounds when it comes to customisation, but this is particularly obvious in the latest iterations, Call of Duty: Ghosts and Battlefield 4.

In Ghosts, you have over 30 perks to choose from, a massive number of weapons, character skins, killstreaks and a great load-out system.

In BF4, the class that you choose dictates how you play the game as well as making use of the usual customisation options.

What sets BF4 apart from Ghosts is the ability to completely change up your weapon parts to get exactly the kind of arsenal you want. Each class is unique, and coupled with the customisation options, it means that you can play as a  unique character online.

Obviously we can’t evaluate these or have them contribute to the overall score, (although the inclusion of Kevin Spacey to the cast of Advanced Warfare has me very excited) but this is more of an FYI. Call of Duty: Advanced Warfare and Battlefield: Hardline are the next two games in both series.

And the winner is…

So far the two are neck and neck, with both coming out ahead in a variety of categories. I was told by my editor however that I was not to vacillate between the two, so I’m going to go with… Battlefield! Why? Overall the franchise provides a better experience (although I will admit this is by a close margin), and certainly as both franchises have matured, Battlefield has overtaken Call of Duty as the leader, especially in the multiplayer arena. While Call of Duty’s single player campaign is substantially better, overall Battlefield provides a more unique experience and if we compare the latest games in the franchise (Ghosts and Battlefield 4), CoD is just outclassed in every respect.

But just in case you’re in any doubt – check this out for the final word:

Full Metacritic Scores (for those who like fact checking):

Call of Duty – no MC score 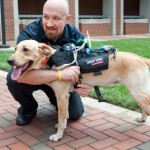