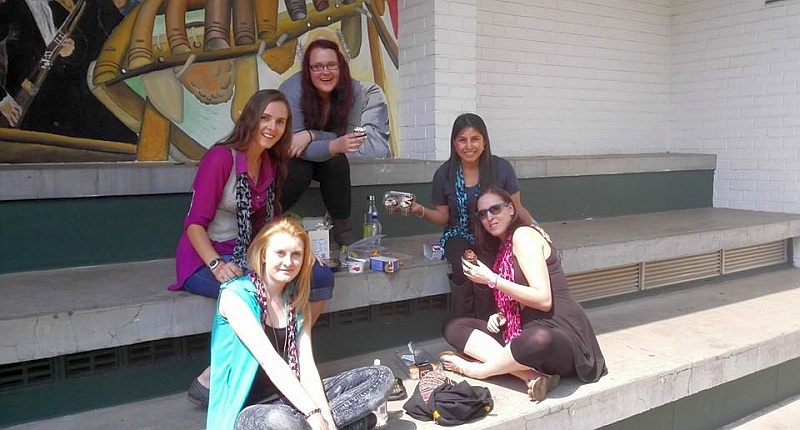 In a world dominated by males between the age of 15 and 25, League of Legends suffers from an identity crisis. Although it’s one of the world’s most popular MMORPGs, about 90% of the user base roots itself in this static demographic, so coming across a group that bucks this trend is both refreshing and groundbreaking.

MaDHatter’s Alice’s Dystopia, as noted on the team’s offical page, is “the first all female League of Legends team in South Africa to climb their way up the ranks of the League elo,” and my, they kick ass. At rAge 2014‘s three exhibition matches, they pummeled the field finishing unbeaten in their match-ups, wiping Summoner’s Rift with their competitors, Yordles of Love.

LoL, Alice’s Dystopia, what is all of this?

I made it sound a bit trivial, but League of Legends is about as intricate as games get. Like every sport, eSports need practice, persistence and a thick interior knowledge of the game. But how did this group of girls become one of the greatest female League of Legends teams in South Africa?

“Oh this gaggle of girls found me,” quips Jade “JadeQueen” Thomas, the captain of the team, and pied-piper of the group.

“When my old DGL team broke up I saw it as an opportunity to try start an all female team. I knew I had the heart, all I needed were ladies that felt the same. So I posted an add on LoL SA’s Facebook page checking to see how many ladies would reply, and funnily enough half a dozen did, it was amazing, my heart was skipping with excitement.”

JadeQueen has the distinction of bringing these girls together from across South Africa, from different backgrounds, cities and personalities. Interviewing seven girls together in one sitting, one can understand the origin behind the team’s name — a sort of harmonious chaos ensued. The origin of the all-girls team and women in tech

It seems that the all-female aspect of this team was a prerequisite, after the current and stagnant status quo of the technology and gaming industry became too much.

“[JadeQueen] read an article somewhere about a gentleman that always insults female gamers saying that gaming isn’t their place, they don’t belong there. That inspired her to create a female team,” explains Leana “MaD xXRageXx” Jackson (yes, all of their nicknames are pretty cool.)

Currently, the technology (and eSports) industry ashamedly sports a lack of diversity and women in the workplace, with high-powered individuals like Satya Nadella further compounding the issue. But why is there a lack of women in technology? I asked them for their view on the matter.

“It’s a man’s world, it’s a man’s place, women shouldn’t go there. It’s like finding a male teacher — it’s impossible,” explains Irmari van Staden, the only English teacher of the bunch (Van Staden refers to pre-primary teachers specifically). Of course, this is the sad reality of the technology world, an industry that’s undergoing change, albeit too slowly.

“Most girls are concerned with hair, body, nails,” notes Roxanne Oroszi who plays a tech support role for the team. “Then you get the odd few that love gaming. And I think the more we game the more we can convert the nailpolish and hair girls.”

They’ve only been playing alongside each other since June 2014, but somehow, they already look like a close-knit group, often finishing each others’ sentences, and accomplishing the all-too-intricate balancing act of gaming on the one hand and the ho-hum of life on the other.

For these women, League of Legends often takes a back seat to life, which makes their achievements even more impressive.

“Work, work, practice, sleep,” is their usual routine, quips van Staden, who juggles her job as a teacher alongside League of Legends. Of course, some get in more practice than others. Although they’re not strictly professional, they do someday hope to ply their love professionally, both locally and in the big international leagues. At least the team hopes to encourage more females to enter the gaming realm.

“We want more females to join us,” admits Jackson.

There’s only one other female League of Legends team in South Africa, but the team want to go up against the boys of the gaming world. We’re pretty sure they’ll hold more than just their own too.

Even if female gamers do flock to League of Legends in abundance, will eSports become a big thing in South Africa?

“We want it to,” they admitted, with a definite desire in their voices.

eSports — perhaps thanks to South Africa’s slow internet adoption rates and rampant social issues — is not as large as some other sporting codes in the country. Traditionally, cricket, football and rugby has been the decree of the land, but eSports is taking a bold new stand. As far as eSports becoming part of the South African national school curriculum — we might be a few years off yet.

“I can tell you that my school in particular wants to create an extramural activity where the boys will be able to play games for school,” notes van Staden.

The girls unanimously agree that eSports deserves a place in the school curricula, but cite a few issues with the current state of the country’s perception of gaming, the infrastructure and the powers that be.

“With our current minister of education,” starts van Staden,” I don’t think it will happen with her in charge, because we don’t get school books. So how could we get computers?”

Valid point, frankly. If South Africa is to nurture talent, there should be a focus on grassroots, regardless of the discipline. In the case of League of Legends, the team explained that some education institutions offer League of Legends as an extra credit, which is dumbfounding for us.

“eSports is actually bigger than a lot of people realise,” added Oroszi.

What’s next for Alice’s Dystopia?

How difficult is it to learn and compete with other League of Legends players?

“You need a little bit of a backbone from gaming. You need to come from somewhere to go forth in something else,” explained Jackson. “Playing DOTA, playing Halo, knowing your keyboard — what every button does. You definitely need a background in computers.”

“We are still currently on the route to being professional to be honest. The ladies will be entering into the Summer League DGL tournaments, and then hopefully reach our goal to play at rAge DGC,” added Thomas.

All the girls are striving for LCS (League of Legends Championship Series) a tournament that sees the world’s greatest League of Legends teams compete against one another run by the creator of the game, Riot Games.

Of course, this might be a few years away yet, but the sky’s the limit for these talented and determined gamers.

Thomas, never shy of giving advice, has a few wise words for prospective gamers in the country.

“My current advice to people who would like to play as professionals is to pick a game that suits you and then never stop playing, create opportunities for yourself, enter every competition, find a clan that works for you, if its a team sport find a team that you get along with, hone your skill by not only playing with people who are higher leveled than you but also watch as many pro games as you can, speak to the gaming community, get involved in discussions, and lastly invest in a good PC if PC gaming is your thing,” she ends. 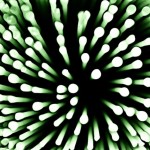