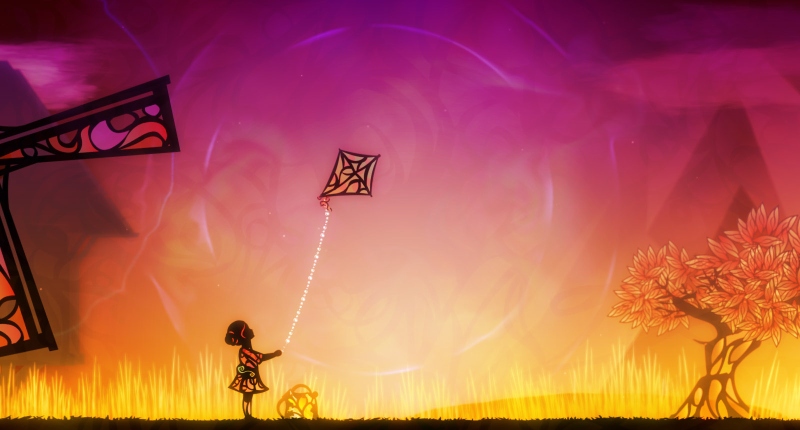 We break away from the plethora of AAA titles released this week, to bring an indie game that has remembered what gaming is all about — mystery, fun and engrossing gameplay.

Amphora transports you to a mysterious and magical world where the borders of fantasy and reality no longer exist.

Immerse yourself in the colourful adventure of a girl’s life, told through the ancient storytelling medium of shadow theatre, while solving fantastically unique and engaging puzzles.

It’s a gorgeous work of art that will be engraved in your being and an experience that should not be missed. Amphora is brought to you by Moondrop, an independent game studio that hails from the far-away land of Hamar, Normay. The company is currently comprised of, and run by, Andreas Fuglesang and Stig-Owe Sandvik.

The studio has won the Norwegian Nationals in Gameplay (2011, 2014) twice for two of their previous games, Kespers Keep and Degrees of Separation and has been nominated for the Nordic Game Indie Night Showcase in 2012 for Amphora.

This is how they describe themselves on their website:

Moondrop is a small indie game studio located in Hamar, Norway, focused on making games that are interesting, beautiful and respectful towards players. Two full time developers, determination, experimental methods and compulsive behaviour are key ingredients when Moondrop makes games. We strive to explore new possibilities in game design and wrap it inside great visual experiences.

I can gladly say that Moondrop more than lives up to this description and I am sure you will agree once you play Amphora. Now let us take a look at their latest creation…

What about the game

Amphora is not a game, it is an experience. It combines the eccentric style of shadow theatre with a simple, but incredibly human, wordless narrative that transcends the limitations of language. The result is one of the most pleasingly unique puzzle-solving games I have ever had the pleasure of playing.

The romanticized fairytale seems to be set in a mash-up of ancient and medieval times. This effectively conveys the story as a universal and timeless one, by not cementing it in a certain period, while still taking us to a distant magical land. It is a superb combination of the recognizable and peculiar.

The plot follows the life of a girl, spanning from the innocent days of her infancy and youth through the joy and perils of an adventurous love story, drawing many familiar influences, such as Aesop’s fable of the tortoise and the hare. But more than the story, what makes Amphora an amazing game is the combination of its distinctive striking visual scenery and exotic Aladdinesque music. Its immersive world is a mesmerising one filled with brilliant splashes of colour in dream like landscapes. Your jaw will be in a constant state of dropped the entire time you play this game and I feel that is one of its main winning factors.

Amphora derives its name from an ancient ceramic container, which prominently features throughout the game. You play as a sort of genie (the amphora being your magic lamp) who has the power to manipulate the world and ultimately the conclusion of events. You act as the secret guardian angel of the girl, helping her in her life’s quests from aiding her to fly a kite to protecting her beloved from a barrage of arrows. In each stage you are faced with a scene that you somehow need to complete to progress. There are no hints are objectives given and you are mostly left to your own instincts to figure out the puzzle’s solution. Many a time there also isn’t just one way to reach the solution. There is a goal and you can achieve it in whichever ever creative way you are pleased with.

You are able to drag, drop and rotate objects and also draw magical chains that can be used to either connect or build-upon certain items. But this can only be done in a limited range surrounding your genie’s magic amphora. At first, the puzzles are painfully simple.

Let me give a quick example. There’s a baby in a crib. There’s a doll on the floor. Pick up the doll and throw it in the baby’s crib. Next level.

But as the story advances the puzzles grow more and more complex and not before long your brain matter will be thoroughly tested.

The solutions won’t always be immediately apparent and it will take some trial and error before you discover your objective. In most ways, this is part of the game’s challenge but sometimes it’s due to the mechanics which could be slightly baffling and even deter you from the actual resolution. The game is quite short and amounts to only about two hours of game play but they are two wondrous and captivating hours. Through the series of mostly stationary scenes you are taken through an entire life and you will be more than satisfied by the time you reach the end.

Verdict: Amphora was a brilliant journey and made me feel like I was a kid again, lost in a world of dreams and heroic deeds. Its innocent and fantastic portrayal of a life story, even in what would be considered violent circumstances, makes it open to people of all ages. It is a rare gem that comes along very seldom but its effect will stay with you for ages. After I was done, I couldn’t help but miss its magical and colourful world.

To me, that is what makes a brilliant game. 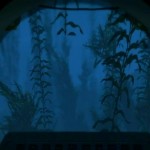