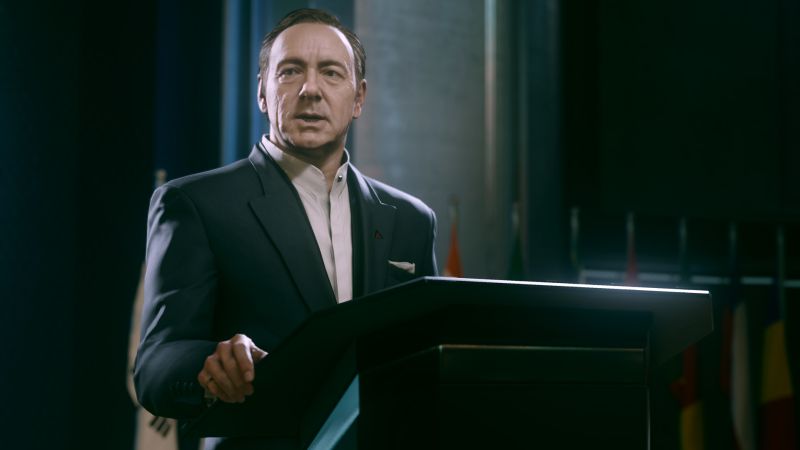 Today’s the day: Call of Duty: Advanced Warfare releases and there’s a few reviews currently out and about. Is this the next-generation shooter we’ve all been hoping for? Let’s see what these lucky publications have to say (spoiler alert: the game’s good):

Let’s begin with Joe Anderson’s review (on PS4), off the lesser-known site ShopTo.net. In Anderson’s opinion, Call of Duty: Advanced Warfare is a solid return to form, with excellent use of the new EXO suit, lifelike graphics and addictive multiplayer. The new shooter isn’t going to convert non-fans though. “Whether Advanced Warfare is for you or not will be down to if you like the series. I can’t really see it converting those who have turned against the series, but it’ll certainly keep those who love Call of Duty from growing tired.”

Anderson especially praises the length of the single-player campaign, which is a bit of a surprise considering the brevity of Modern Warfare games in the past. He’s especially impressed with Kevin Spacey, who plays private military leader Jonathon Irons. ” The campaign, which for the past few years in the Call of Duty games has almost been worth missing, however Sledgehammer managed to pull off a stroke of genius by having one of the characters played by the excellent actor that is Kevin Spacey and for this fact alone the game is almost worth it,”

Finally, Anderson’s describes the online multiplayer (essentially the most important part of any Call of Duty package) as competition to Titanfall. Call of Duty: Advanced Warfare has Titan’s of its own, EXO suits with a variety of upgrades in both single and multiplayer. Maps are now also “smaller and tighter”, with plenty of action happening on the vertical as well, ala Titanfall. There was no final score, but it reads like an 8/10. The handsomely named Steven Burns from Videogamer.com holds the honour of submitting the first Call of Duty review (PS4), and Burns loved it. “An expert distillation of Call of Duty’s core appeals, made fresh again thanks to excellent level design and the inclusion of game-changing exosuits,” Burns speaks highly of the multiplayer, as well as the team-based deathmatch options. Also, and this surprised me to a degree that I’m still trying to understand, players will actually work in teams, organically!” At its best, Advanced Warfare naturally groups players together, funneling them into encounters with ease and keeping the firefights rolling across the map. As you’re now vulnerable from multiple approaches there are far fewer instances of lone wolf play. Instead, players – even those with no headsets or obvious vocal teamwork – will start working together organically, moving in pairs or threes and covering each other.” It’s almost too much to for this lone wolf player to comprehend.

The review also points out the excellent gunplay, which developers Sledgehammer have “absolutely nailed”. “Previous entries sometimes made it feel like you were firing a potato gun, but here the feedback from firing your weapon – and hitting your opponent – is phenomenally good, helped immensely by the reworked gun audio, which really makes it feel like you’re shooting something other than a Nerf gun.” After the outright pathetic guns of both Ghosts and Black Ops 2, it’s great to have the weapons back on form. This highlights one of the issues with Call of Duty: Advanced Warfare, namely that the starting guns are overpowered, meaning that there’s not much reason to dip into the other guns. Yet, as the patches rollout, these overpowered guns will see a Nerf coming.

Finally, the campaign is immersive, yet not without issues of its own. The ending is especially a letdown as it never truly feels bombastic or as if you’re fighting in the part of a great war. At least Kevin Spacey is there to save the day. “Moment to moment gameplay has been tweaked just enough to retain interest. The Crysis-style exosuits – with distinct abilities like wall climbing and slow-motion, and which change automatically depending on your mission – add a touch of flavour to the gunishment, and end of level perks for good play (headshots etc) mix things up a little,”. Burns scores Call of Duty: Advanced Warfare an 8/10. Finally, Arthur Gies of Polygon weighs in with an extremely glowing review (Xbox One). Let’s begin with the bad, namely the storyline which Gies calls “truly deflating” as the story “never really gets off the ground.” Also, “the plot is just an inch or two short of completely predictable, the dialogue is frequently gibberish, and the “interactive” points in scripted scenes are often in “press X to whatever” territory — a staple that reaches some almost parodically frustrating lows here.” There are some positives though, as there’s now a strong, interesting female character “former-Spetznaz-turned-Atlas operator Illona” who turns out to be a highlight of Call of Duty: Advanced Warfare’s seven to eight-hour long campaign.

Multiplayer is a different affair and is largely applauded by Gies. Again, it sounds as if Sledgehammer has truly taken Titanfall to task. “[Sledgehammer] Successfully leverages the new possibilities for movement and player ability more consistently. Advanced Warfare‘s levels all seem tailored to the exo — you can walk around, but you’ll find much more speed and access by looking up and plotting a less conventional path. There are multiple points of entry everywhere, and they’re accessible from more places.” There’s also the case of the reworked Pick 13 system, allowing the player to create an avatar that suits their playing style. Essentially, you assign weapons, armour and perks to various slots, with exotic equipment using more points. It’s all about balance versus firepower and lends the series an MMO-feel. Combined with the excellent guns and a new firing range to test your lode-outs on, this could be the best Call of Duty multiplayer yet. Gies scores it 9/10. 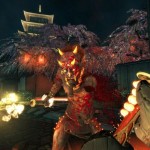