By Steven Norris: grumpy curmudgeon
Read next15 techy things we’re giving thanks for this Thanksgiving [Gallery] 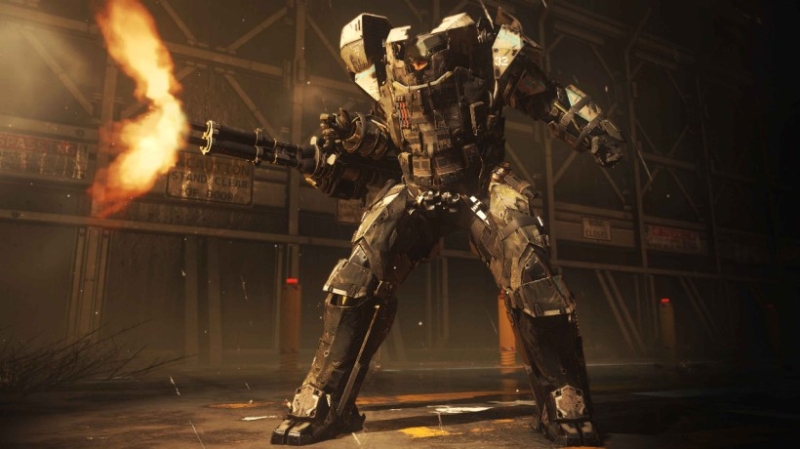 We’re paying a lot of money for games now (R899 is average in South Africa, about US$80), so they’re expected to deliver their money’s worth. Advanced Warfare delivers a lengthy single player campaign, with a constant assault of Michael Bay moments mixed in with excellent graphics and audio.

After finishing the surprisingly long single-player mission, I was left satisfied.

For once, a Modern Warfare surprised me. Why? The spoiler-filled answers are below.

The guns are great

Since we’re in the 2050s, developers Sledgehammer Games were left to happily invent any type of weapon they wanted.

The modern-age weapons of Modern Warfare games left me cold and distant and felt like I was emptying pea-shooters into moving targets. Not so with Advanced Warfare.

There’s guns that highlight enemy positions with a warm red glow, sonic shotguns, actual useful grenades, laser rifles because why not, and practically everyone other weapon has a futuristic spin to it. The guns also feel and sound powerful, especially a late-game automatic shotgun that eats its way through enemies. Most of all, the guns were interesting to use and variety was plentiful. When combined with certain stages, it produces the most memorable moments in the game. Grappling into an enemy hovercopter, killing the crew and jumping out at the last minute was actually not staged and only possible with the Batman-like hook. Advanced Warfare gives us plenty of opportunities to use it in creative ways, which is fairly cool for a series that locks us into one course of action.

I truly enjoyed using the grenades as well. Advanced Warfare lets us select what each grenade does before throwing it. Heat-seeking, flash bang, EMP, this adds strategy to fights, another feature that’s been absent from oh, Modern Warfare.

The Exo Suits turned me into a killing machine I kept thinking, what’s the deal with these Exo Suits? I barely used them outside of pre-scripted moments and my soldier died just as quickly as he did in the Modern Warfare’s (in fact, he felt way more susceptible to death).

I just had to play a little longer and upgrade myself to see the benefits. Advanced Warfare has single player upgrades unlocked by reaching a certain amount of headshots, finding intel, exploding enemies and so on. With each upgrade, the suit grows stronger so you can sprint faster, reload almost instantly, become practically immune to grenades and so on.

By the end of the game, my solider was incredibly powerful – except at the end ‘cause broken cyber-arm and all that – and it made an incredible difference to the gameplay. It also gives me an incentive to replay on Hard, as I know have a fighting chance with hordes of soldiers.

There’s a female character that trumps every male

Note: The video below includes some graphic imagery, and spoilers.

Except for Kevin, naturally.

Far Cry 4 has itself a delightful array of strong female characters, but none so powerful and resourceful as ex-Spetsnaz commando Ilona. Out of every player, she simply knows how to get the job done. No whining from her, just a hail of bullets.

There’s no weird love-interest between her and protagonist Jack, just plain old comradely between soldiers. One of the most memorable moments is when Ilona and the player are darting through the streets of Greece, avoiding sniper fire and barking orders at each other.

Even under heavy sniper fire, she kept a cool head as if it were a pesky mosquito and not rail-gun bullet about to cave her skull in. Most surprisingly, I fully expected her to be wasted in the single-player campaign but she was an integral part of the story. Near the end of Advanced Warfare, there’s a fight in the snow that might as well be the battle on Hoth in Star Wars: The Empire Strikes Back. On PS4, the snowy tundra and frozen caves looked eerily real, with wind and snow whipping in my face and the reflected glare of the sun snow-blinding me. White-draped enemies shot lasers and bullets at me as Titan-armoured foes peppered the field with death. Scores of troops rushed in from both sides and the music truly got the old blood flowing. There’s more though.

A Thailand sneaking mission is the best one since Modern Warfare’s “All Ghillied Up” sniper mission. With the grappling hook and a motion and sound detection bar, I quietly sneaked throughout the level with immense satisfaction. One mission has you sneaking through a derelict school without any help, before escaping on a hover-bike and making it to base, only to witness the coolest moment in the game. It involves AST (Mech) suits.

Near the end, I was even given a (try to believe me) semi-open world level where I could accomplish my tasks in any way. Again, the grappling hook was my best friend and I had a smashing time with it. The only sore spot is one flight-sim like mission, which is essentially Sega’s After Burner but really crappy and short. Jonathan Irons is the best villain the Call of Duty series has ever had. It also helps that (thanks to next-gen muscle) it almost looks like the real-deal. Combine House of Cards with Hamlet and you have one well-realised villain. Spacey chews through every scene and makes the plot watchable, because it’s pretty terrible and hackneyed without him.

Spacey doesn’t “phone in” this role, he gives it his all and it shows. Yeah, you know the second you lays eyes on Spacey that he’s going to take over the world, but you don’t mind. He’s part of the game and it surprises me that Activision didn’t plop him on the retail boxes, because he’s the true heart and soul of the plot. Yes, these are essentially giant shooting galleries but on my PS4 it barely mattered.

Textures are incredibly well detailed and animation is spectacular. During one scene, I was especially transfixed on one of the NPC’s ass-cheeks. Just hear me out for a moment: I could see the muscles moving and flexing under his combat fatigues, which in turn wrinkled and moved like real clothing.

The amount of graphical power here is phenomenal, from the way player’s eyes dilate to the look of smoke and fire, the awe-inspiring backgrounds, Advanced Warfare looks like quite the next-gen game. It also sounds sharp and detailed, with every bullet and scream resonating correctly (I guess).

For the first time since Modern Warfare 2, here’s a Call of Duty where the single-player isn’t throwaway. I highly suggest playing it. There’s more to life then multiplayer, you dig? 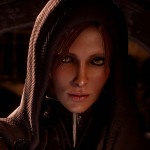