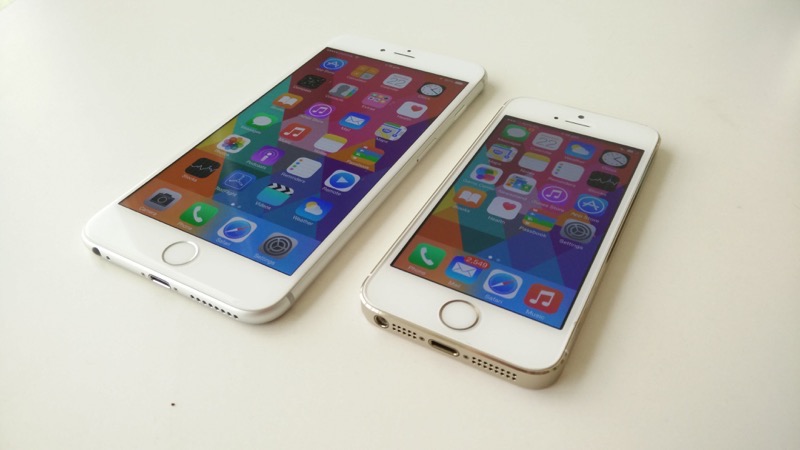 Apple has finally set its foot in the phablet market this year with the iPhone 6 Plus. It took Apple about four years to understand that people do like big screens, no matter how awkward they are to handle with one hand. The iPhone 6 Plus is Apple’s biggest leap since the iPhone 4.

Apple has shifted to a completely new design with the iPhone 6 series. As the screen size increased, Apple had to make sure that the device didn’t get too unwieldy. There are no longer the beautiful chamfered edges which everyone loved from the iPhone 5S.

The iPhone 6 Plus features completely curved sides and 2.5D Gorilla Glass screen arranged in such a way that they almost feel like a single curved surface when you move your finger over the area where they join each other. But, due to aluminium unibody and curved sides, the device feels quite slippery. The device is just 7.1mm thin but is quite heavy at 172-grams.

The power button has been shifted from the top to the right-hand side so that it becomes easier to access. The volume buttons and the silent switch are on the same place, on the left-hand side. The lightning port, loudspeaker, microphone, and the headphone jack are placed at the bottom. The camera sensor, secondary microphone, dual-tone LED flash, and the Apple logo are at the back. There were numerous reports of the iPhone 6 Plus bending under pressure or when kept in tight pockets, but luckily that didn’t happen with me. The feedback when you press the power or the volume buttons isn’t as solid as the feedback on the iPhone 5S. Same goes with the silent mode switch. I can say that the iPhone 6 Plus doesn’t feel as rich in the hands as its predecessors. I missed the chamfered edges so much that I bought a case for the iPhone 6 Plus with a similar frame.

The 5.5-inch Retina display on the iPhone 6 Plus, which is protected using a curved-edge Gorilla Glass, has a resolution of 1920 1080 pixels and a density of 401 ppi. Apple has used a standard resolution in the iPhone for the first time. The display is bright, even under direct sunlight. It is slightly reflective, so sometimes you have to adjust the device at a certain angle to be able to see the on-screen content clearly. Viewing angles of this LED-backlit LCD panel are great, and so is the contrast, though not as good as the Super AMOLED panels from Samsung.

For four years in a row, Apple hasn’t increased the camera resolution on the iPhone. The iPhone 6 Plus uses an 8-megapixel iSight 1/3-inch camera sensor with a pixel size of 1.5µM. There’s phase-detection autofocus, optical image stabilisation, and dual-tone LED flash. What Apple calls “Focus Pixel” is nothing but phase-detection autofocus system which is already being used in the Galaxy S5, the LG G3, and the Galaxy Note 4.

In spite of this silly selfie craze, Apple has stuck to a 1.2-megapixel front-facing camera with neither autofocus nor LED flash. But Apple claims that the front-facing camera will capture 81 percent more light and can do 10fps burst shots. Thanks to iOS 8, it can capture HDR images and videos. It means that the images captured against light sources such as the sun (during sunset or sunrise) or indoor lighting won’t under-expose faces.

The camera software is pretty simple. Swiping left or right will let you switch between these modes – Panorama, Square, Time-Lapse videos, Slo-Mo, Video, and Photo mode. There’s an option to activate and adjust flash, HDR, and self-timer. 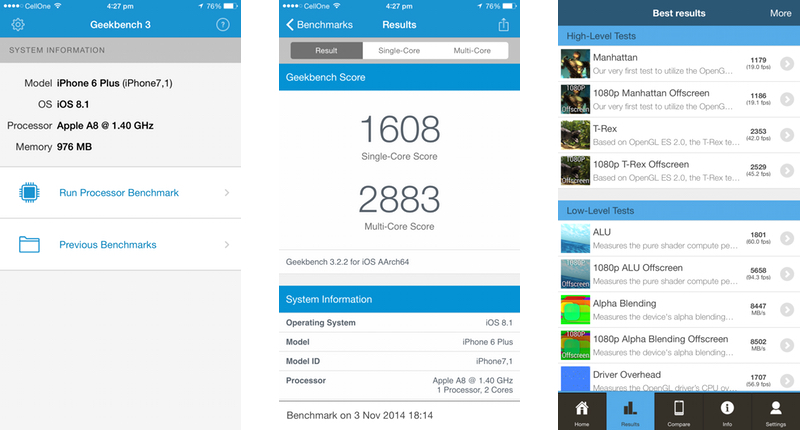 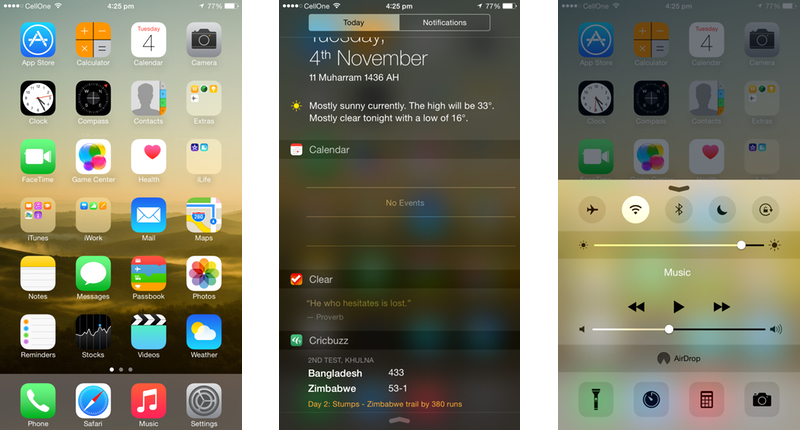 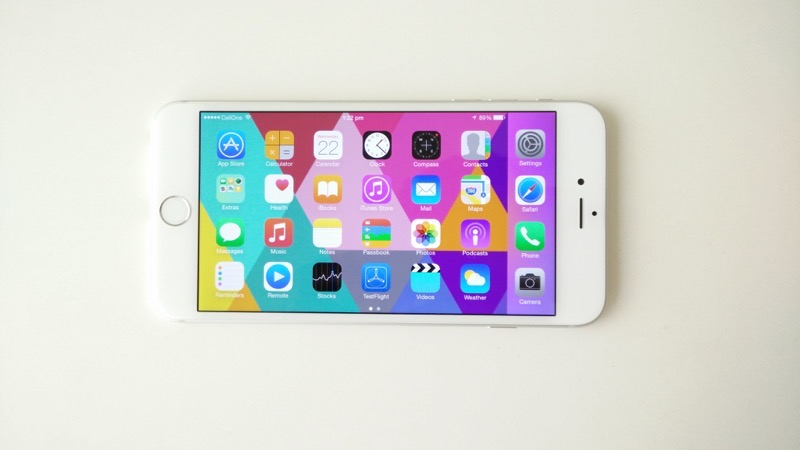 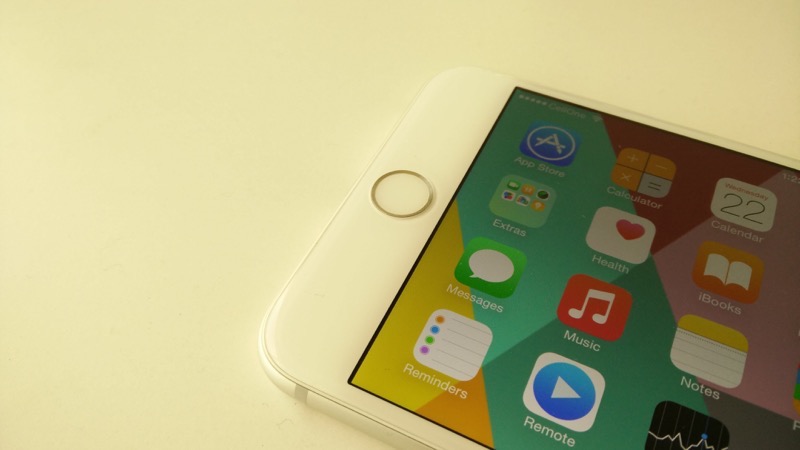 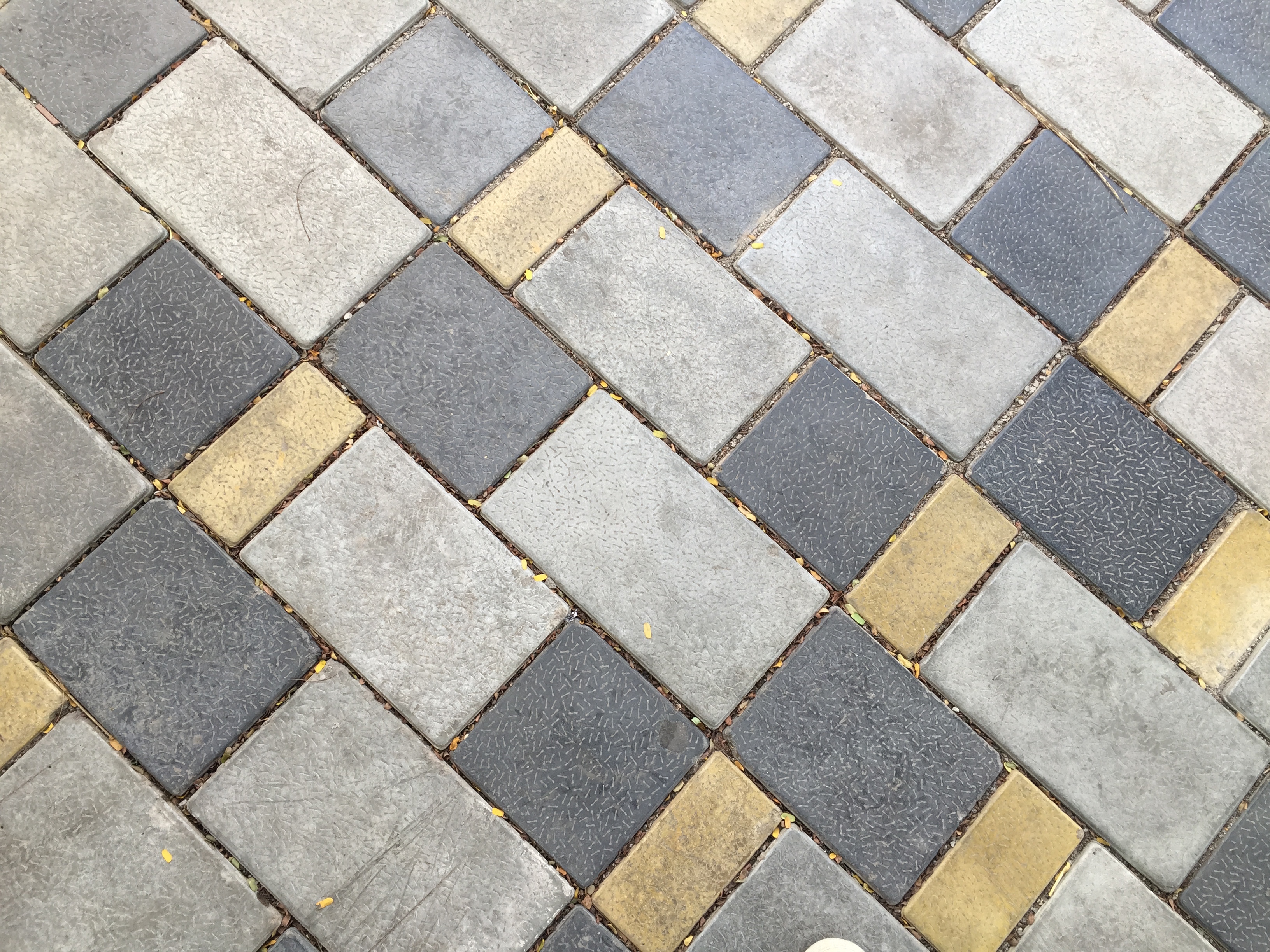 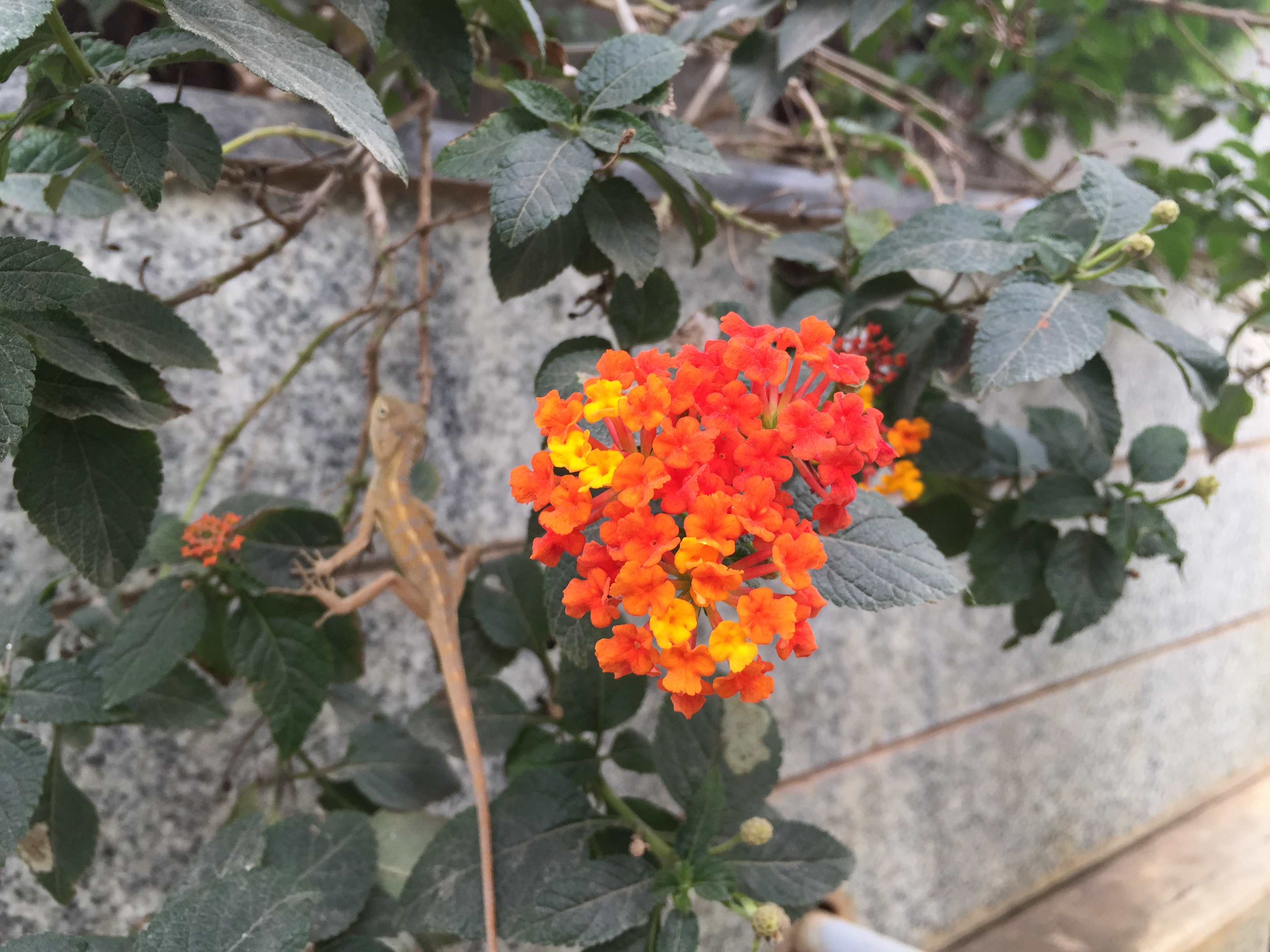 Macros in daylight also reproduce brilliant colours. The lens is relatively adept at focusing on the subject in question as well.

The party piece -- the panorama mode -- is functionally better than Sony and Samsung's implementation thanks again to the image processing. 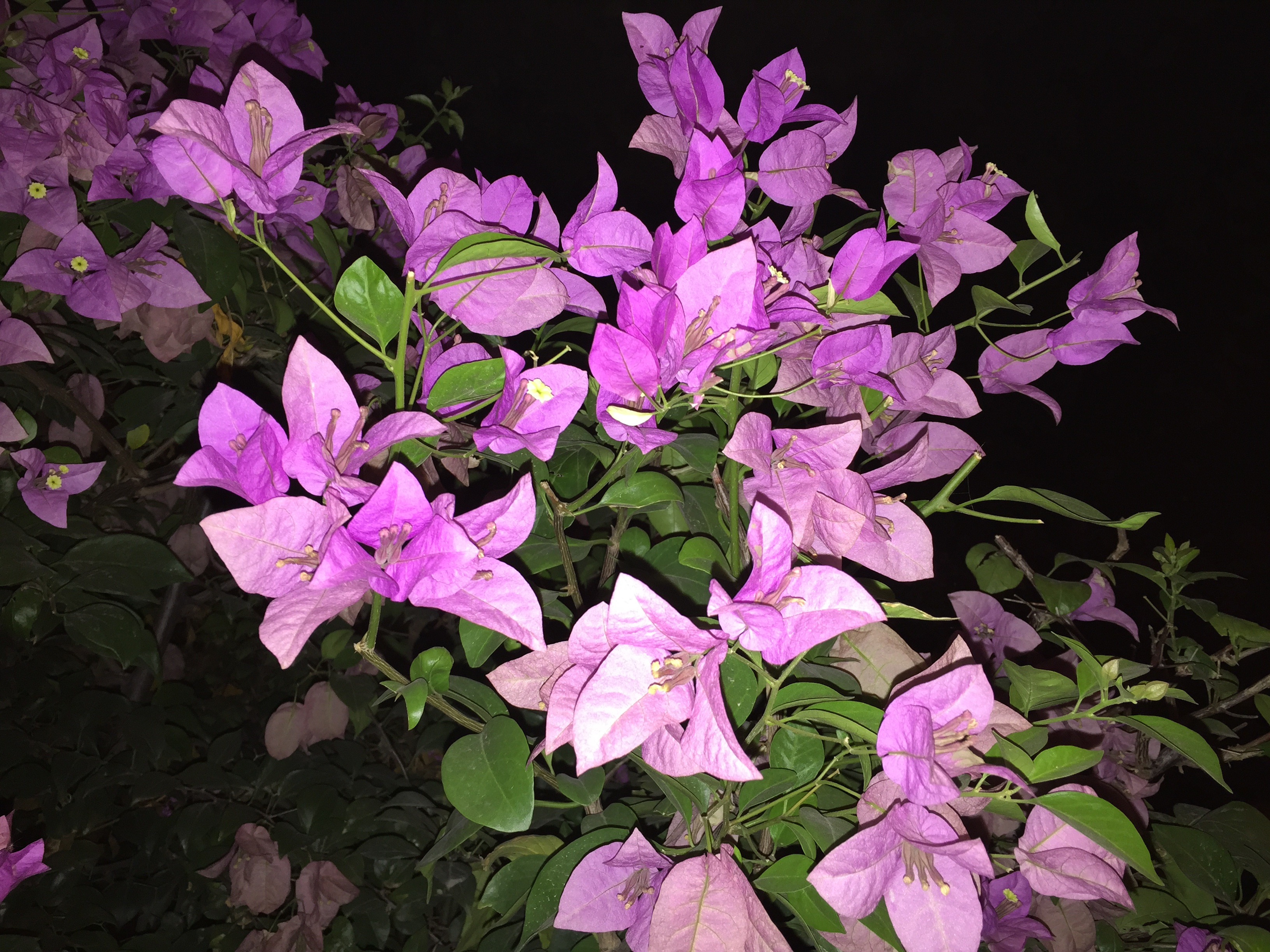 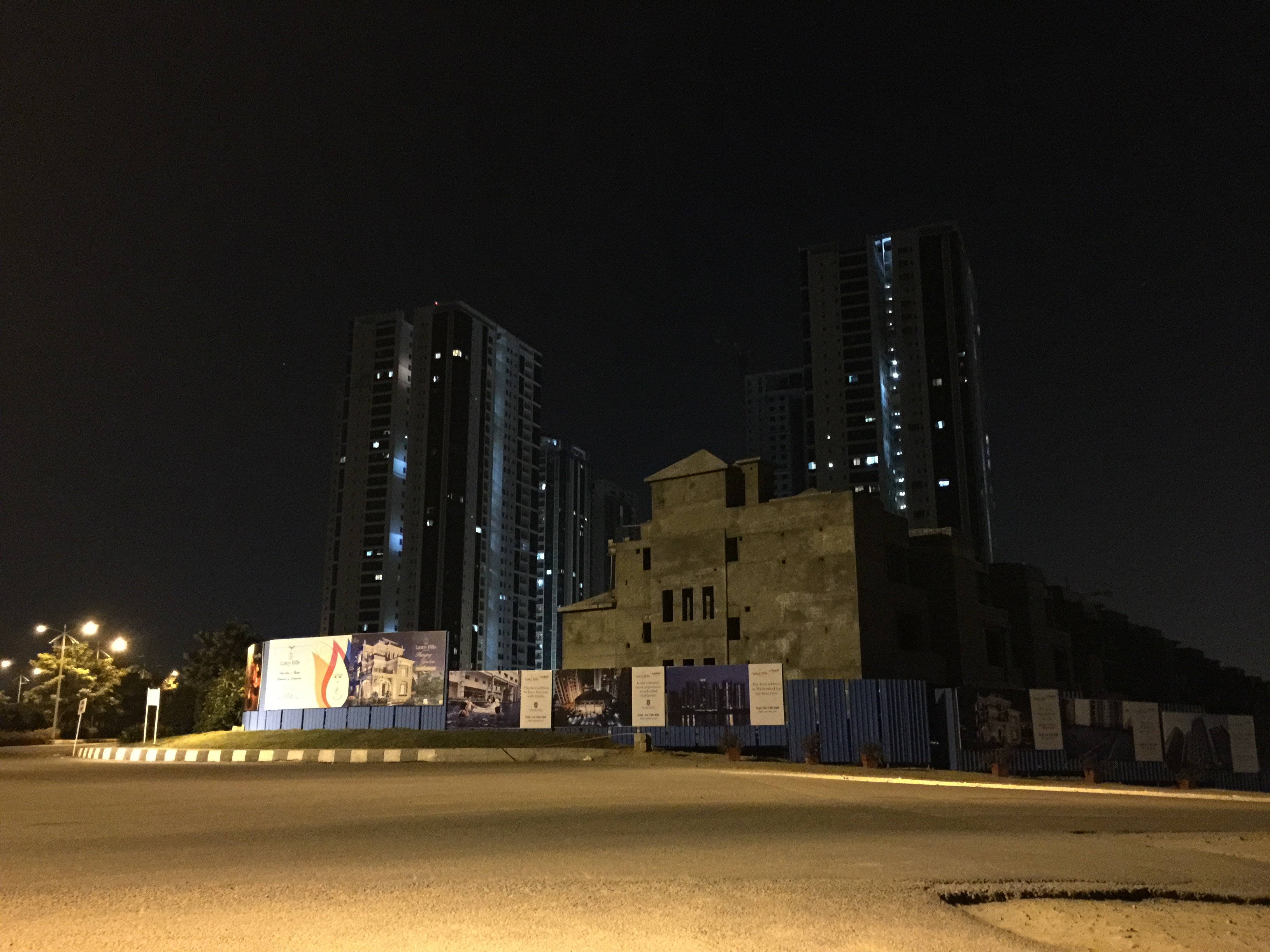 Virtually no noise noticeable in this image. The iPhone 6 Plus' image processing is second to none. 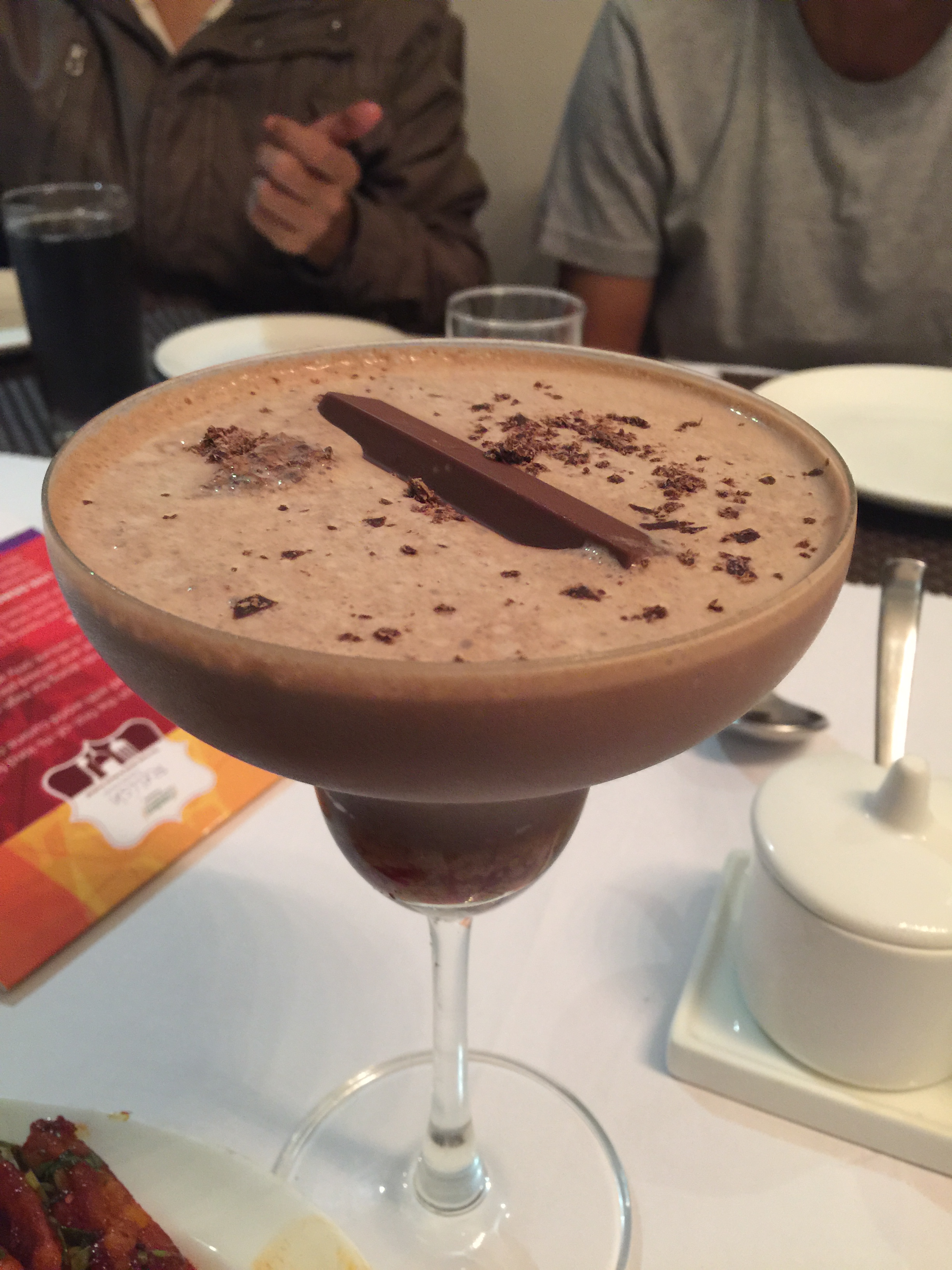 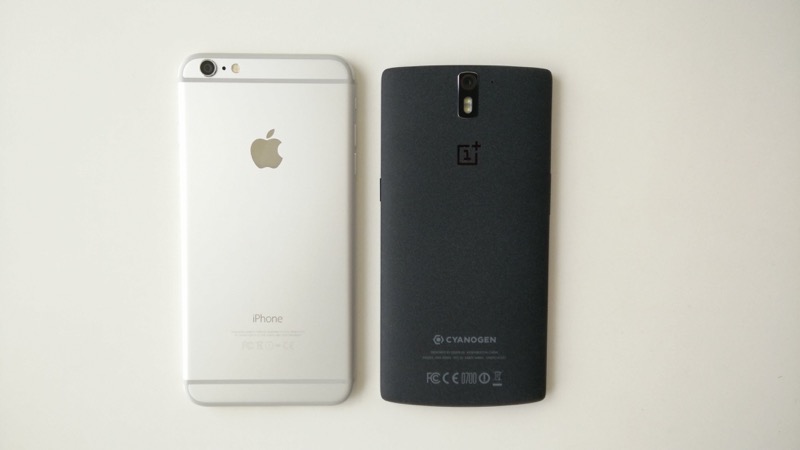 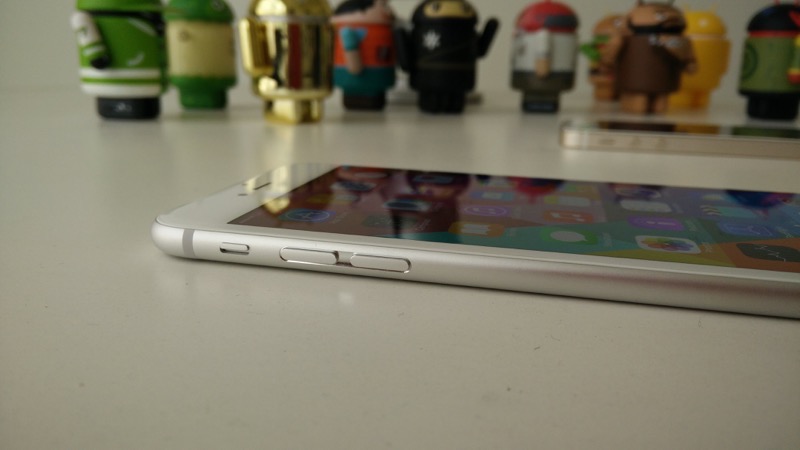 The camera is quite fast as the shot-to-shot time is so short that you practically can’t notice any lag whatsoever. The quality of images captured using the iPhone 6 Plus is stellar. The images are sharp and showcase plenty of details. Colours are slightly warm but not to an extent that it would ruin an image. The image processing is one of the best that I’ve come across in any smartphone.

You can even adjust the exposure after locking the focus at a particular point. The presence of OIS lets the camera sensor stay open for a slightly longer time, helping in capturing bright images during low-light conditions. It even helps in capturing blur-free images and smoother videos. Images shot during the night were quite sharp and had an impressive amount of light in them. The Panorama mode, when shot in the portrait orientation, results in images with a whopping resolution of 43 megapixels. The panorama images have plenty of detail and you can’t find any stitching pattern in them.

4K (3840×2160 pixels) translates to around 8.3-megapixels, so the iPhone 6 Plus camera, which is just 8-megapixels, can’t record 4K videos. Videos can be captured in full HD 1080p resolution at 60 frames per second. There are specialised modes to let you capture slow-motion (720p@240 fps) or time-lapse videos, resulting in a cinematic effect. The videos shot using the iPhone 6 Plus have excellent details and accurate exposure. The continuous autofocus was very mature and didn’t hunt for the subject too frequently, a characteristic of various high-end smartphones like the Xperia Z3 and the Galaxy S5, which I hate. Surprisingly, even with a dual-microphone setup, the audio is captured in mono.

There, I said it – the iPhone 6 Plus is one of the best when it comes to mobile photography. Apple has used its second-generation 64-bit processor in the iPhone 6 Plus. The Apple A8X SoC uses a dual-core ARM v8 CPU (Cyclone) clocked at 1.4GHz. Even the GPU has been upgraded to a quad-core PowerVR GX6450 unit, which is said to be 50 percent faster. As per Geekbench 3, the SoC is as fast as the top-of-the-line processors from Qualcomm. GFXBench results proved that it has the most powerful GPU, at least till now.

The Touch ID fingerprint sensor works as it should and it is now accessible to third-party app developers. I could use it to automatically fill in username and password using the 1Password app. The loudspeaker might not be as loud as the one on the OnePlus One or LG G3 but it offers rich audio quality. I could feel some amount of bass while playing music and videos. But due to its placement at the bottom-right of the phone, it is rather easy to muffle the loudspeaker, especially when you’re using the phone with your right hand. The iPhone 6 Plus comes pre-loaded with iOS 8, which we’ve already reviewed extensively. It comes with various new options such as third-party keyboards, widgets, and a more open “share with..” menu. Continuity offers an easier way to shift your work between compatible iOS 8 and Mac OS X Yosemite based devices. Extensibility has allowed it to be one step ahead of Android when it comes to using parts of third-party app functionality in other apps.

The large screen of the iPhone 6 Plus can be used in a relatively efficient way. Some native applications such as mails, messages, and settings offer a dual-pan view, just like the iPad. A double tap (not click) on the home button brings down the whole UI so that your thumb can reach all the elements on the screen. The on-screen keyboard is relatively easier to use, thanks to a wider screen and bigger buttons. There are many improvements in the iMessage service, which can now be used to send and receive voice, video, and self-destructing images. Improved Spotlight Search shows results from Bing and Wikipedia. The multitasking menu shows recent contacts. With iOS 8, Siri can show streaming voice recognition, supports 22 more languages and can be set to always active if desired.

Healthkit can pull health and fitness related data from various apps and shows them at one place in a way that makes sense. You can store your health related information such as height, weight, blood group and allergies in Medical ID so that it can be accessed during emergency situations even without unlocking the device.

Apple has done a lot in terms of software, but I feel that the large screen can be used in a much better way. Rivals such as Samsung and LG are offering dual-window modes that use two apps at once, and the lack of such features means the big screen on the iPhone 6 Plus is not being used to its full potential.

The iPhone 6 Plus is powered by a large 2915mAh non-removable battery. With over 110 applications, over a dozen social media apps, 5 email IDs, 8 widgets in the notifications bar, and a constant connection to either a WiFi or 3G network, the device easily lasted 24 hours. I am a heavy user but for someone who doesn’t use their phone very frequently, the iPhone 6 Plus can easily last a day and a half.

Verdict: The Apple iPhone 6 Plus offers almost everything a modern user could want. It has a large, bright and vibrant screen, excellent camera, fast connectivity options, data security, and long-lasting battery life, though its design and build quality could have been better. 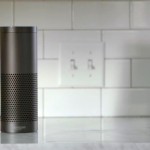