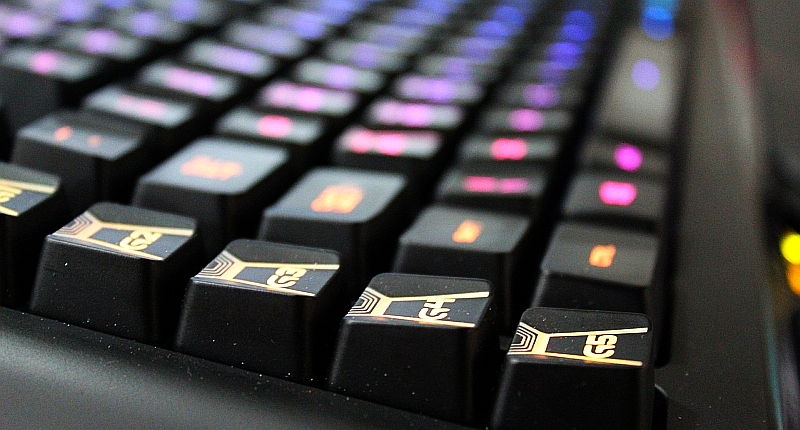 Can you remember a time when keyboards were nothing more than bottle caps with letters printed on them? Those days are firmly behind us, and gamers can rejoice in keyboards that respond to every flick of the finger.

The gaming peripheral industry (a lot like the automotive industry, actually) is as much about pride as technology, so it’s quite important that companies develop breakthroughs regularly, regardless of how tiny they may seem. It’s especially important to develop these before their competitors.

That’s quite a statement, but will it be the peripheral to change the nature of gaming keyboard‘s for years to come? Probably.

The company gave it the nickname “Orion Spark“, and it’s indeed something from well beyond the stars — at least it twinkles like one.

For starters, it’s rather difficult to find a keyboard rap sheet as detailed as this one. The thing is chock-full of technology that you didn’t even know you needed, that is of course, until you plugged it in and tapped your first key in anger.

And angry is something this ‘board can handle with poise.

Logitech has developed a new mechanical switch system it calls “Romer-G”, which allows anti-ghosting of up to 113 keys, and a keystroke lifetime of around 70-million. The tech’s under every key, so this thing should last for quite a while.

Thanks to these switches, this keyboard also sounds like no mechanical ‘board before it. It’s virtually silent at least compared to something like Razer’s Blackwidow — an equally adept keyboard. You can’t appreciate the technology just by looking at this keyboard so each key also has been graciously fitted with an individual RGB lighting system which lets individual keys or the entire keyboard light up in a predesignated colour. If you celebrate Christmas, that includes making a Christmas tree from turning the keys red, green and while in a childish manner

But I’ll speak about this particular feature later.

It’s a good looking keyboard if there ever was one

No doubt, even with the RGBs switched off, this thing is a hunk of plastic joy stationed on a desk. Unfortunately, the test shots were pictured alongside my laptop, but with a more robust gaming machine in its stead the keyboard should look decidedly beastly. And my, it’s all the more dramatic at night.

Weighing in at around 1.5kg, the board’s by no means light but this is a definite advantage — it sticks to surfaces nicely. I suppose thanks should also be given to the large rubber feet which are uniquely crafted to keep the ‘board level at all times.

Note, this isn’t something you’d want to lug around to LAN after LAN. It’s clearly meant to spend its days and nights on a desk.

The tiny details are also apparent.

Each key is individually carved, so your fingers learn the Orion Spark not just through peripheral vision, but by touch. The accent is complete with a sultrily submerged G910 logo at the lower left of the palm rest, which also lights up. A host of programmable keys are also stationed around the board, featuring Logitech’s customary G-symbol designation — those look rather nifty as well, and are in intelligent positions too. Other keys included are a host of media orientated clickers on the top right, including a volume scroller which had a nasty habit of picking up lint and dust. I also found myself thinking that a partial ratchet mechanism would’ve made the feel brilliant under hand.

Lower down on the board, gamers get a choice between a small and large palm rest, and both sport attractive if slightly brittle, plastic designs. I imagine that these plastic pieces would be victim to fricative wear after excessive use, but really, that’s something Logitech can’t do too much about.

Right, enough build up. I’m sure you want to know how well this thing performs. Assuredly, it’s easily the best ‘board I’ve ever used.

Everything just works, physically at least.

Although I had a few driver issues when the G910 arrived, Logitech soon issued an updated patch for the software as if it heard my agitated cussing from across the planet.

Nevertheless, the Romer-G switches really shine when you’re mashing buttons in organised haste. I’d like to cover the Logitech G910’s gaming and everyday merits, so bear with me.

Let’s talk gaming, first of all.

The anti-ghosting works a treat, and during panicky Advanced Warfare kill streak avoidance measures, the keyboard didn’t break a sweat like I had. And those programmable buttons saved my ass a good few times.

Logitech provides gamers with nine programmable keys that can remember a ridiculous number of coordinated mashes and macros. In addition, the three profiles allow users to swap between these in-game or prior to load. I enjoyed swapping between my Advanced Warfare and “work” profiles, which included shortcuts for the tedious “copy and paste” and “select all”. Simple shortcuts by design, but hitting one button that accomplishes two things is a blessing in work environments.

The keys’ contours ensures that your fingers are always on or coaxed towards the correct key. Each is unique in shape and taper, so keys are not easily hit in accidental fluster, except for those who tend to slide their fingers over keyboards rather than lift them up.

For those with slightly smaller hands, stretching across this thing is quite a challenge. The keys sit rather tall within the keyboard, so fingers can occasionally fall between the keys.

In terms of day to day use, this thing is as happy under a heavy typer’s care as a gamer’s.

Speaking of care, the keyboard takes a bit of work cleaning properly. You’ll be happy to know that it seems to handle fluid well (I accidentally gave it something to drink, courtesy of a leaking cup).

While you want to keep it clean and pristine, this keyboard isn’t quite unleashed until the Logitech Gaming Software is installed. Then the fun really begins. Of course, the ware gives gamers more customisable options, letting them tinker with all sorts of goodies — from the key’s colours to the programmable keys and macros. There’s even a feature to track keypress sequences, showing users how often a key is depressed — a pretty useful function when analysing gameplay.

For those wondering how heavy the ware is, peak RAM only hit 47MB, with it idling happily at 10MB. Of course, gamers with loads of the stuff don’t need to worry too much, but they’ll be even more happy to note that the CPU usage is low as well.

If for some reason you decide to plug a new keyboard into the system, uninstalling the Logitech Gaming Software is probably the most tedious task I’ve ever decided to undertake on a Windows machine. There’s no hint of an uninstall link in the start menu or program’s folder. Hidden away in the App Data’s “temp” folder, I spotted the uninstaller, but it promptly failed.

Before you install this software, just make sure you know how to remove it. It also installs Bonjour.

Those who don’t need to hunt down the uninstaller can enjoy the the Arx Control feature — a neat little smartphone app that displays CPU usage, RAM and a host of additional information.

Logitech has crafted a cool little tray that houses the smartphone with the app. Gamers can then read info from the second screen without hunting for it on the desktop or draining needles CPU cycles from the game.

It’s a nice additional feature, and the app, for the most part, works well.

I also would’ve appreciated a USB port or two on the keyboard as well, mainly for charging purposes. Those with desktops won’t miss this too much, but for gaming laptop users, the inclusion of a USB port (for the one the keyboard occupies) is something that should’ve been considered. For all the technology and features, the Logitech G910 Orion Spark is not cheap.

Between R2499 and R2999, the Logitech G910 is not cheap at all. For the price of a fairly decent LED monitor, buyers will get a great keyboard that will likely last them a very long time.

It’s something a gamer should think of as an investment, not simply a PC peripheral.

And does this keyboard have any competitors on the market right now? There’s none I can really think of frankly. It’s really in a league of its own.

Verdict: Without a doubt, I’ve never used a keyboard quite as good as the Logitech G910 Orion Spark.

It’s packed with features, it’s attractive, it’s responsive and has a host of additional value added features, including the nifty Arx Control. The software is an absolute peach, until you have to uninstall it that is — but why would you need to? Although those with small hands might find it hard to use, and it’s a bit harder to clean than most, you won’t get a better performing, looking or sounding keyboard for the price. 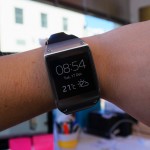