It is not very hard to accept the fact that the Apple’s iPad is still one of the best tablet out there, thanks to great hardware and plenty of tablet optimised apps.

The newly announced iPad Air 2 is one of the most powerful, yet slimmest tablets in the world. But what if you don’t like an iPad or the iOS because of its limitations?

Have you been looking out for alternatives to iPad which come with added benefits of Android or Windows 8?

Here’s a list of the best iPad alternatives of 2014. If you are into gaming, you should buy the Nvidia Shield Tablet.

It is equipped with a powerful quad-core Nvidia Tegra K1 processor, Kepler GPU, 2GB RAM, and 16GB internal storage space. You can increase the storage using a microSD card. It features an 8″ IPS LCD display with a 1920×1200 resolution, stereo speakers with dual bass reflex port, and DirectStylus 2.

Nvidia doesn’t call it an “ultimate gaming tablet” just because it comes with a powerful SoC. It features some great gaming features such as an optional gaming controller which operates over Bluetooth, console mode for streaming the game on a bigger screen, and a special made which lets you stream PC games (compatible with Nvidia GTX powered graphics cards) to the Nvidia Shield tablet. It also allows game streaming through Nvidia Grid cloud gaming service. Users can even record their ultimate gaming moments and share it with friends on Twitch.

Not that you would like to click images or record videos with your tablet but Nvidia has provided two 5MP cameras, one on the front and one on the back. Nvidia has also promised Android 5.0 Lollipop update soon for the Shield tablet. Announced alongside the Motorola Nexus 6, the HTC Nexus 9 is the first tablet to run Android 5.0 Lollipop.

It features a 8.9″ IPS LCD display with 2048×1536 resolution and an aspect ratio of 4:3, exactly similar to that of the Apple iPad Air 2. It is powered by a 2.3GHz dual-core Nvidia Tegra K1 processor with a 64-bit Denver CPU and a powerful Kepler DX1 GPU. Along with this powerful processor, there’s 2GB LP-DDR3 RAM and 16/32GB internal storage, depending on the model.

Android 5.0 makes full use of the 64-bit CPU, thanks to ART — the new Android Runtime. There’s an 8MP primary camera, a 1.6MP secondary camera, and front-facing BoomSound stereo speakers.

It’s 6 700 mAh battery is enough to last through an entire day of heavy usage. Its pricing starts at US$399 for the 16GB Wi-Fi only variant while the 32GB variant with cellular connectivity comes with a price tag of US$479. The 4G LTE variant of the HTC Nexus 9 is priced at US$599. If you want a tablet which offers more productivity related features than the usual ones, it is safe to get a Windows 8 based tablet.

The best Windows 8.1 based tablet is the Microsoft Surface Pro 3. It features a 12″ ClearType display with 2560×1440 resolution and an aspect ratio of 3:2. Its improved kickstand can now be used to rest the device in multiple positions, suiting the needs of the user.

If you are into enterprise, it is worth noting that the Surface Pro 3 comes with TPM chip for enterprise security. It comes with stereo speakers, stereo microphones, a 5MP camera on the front, and a 5MP camera at the back.

At times, it can be converted into a full-fledged PC, thanks to extras such as a full-sized USB 3.0 port, microSD card reader, and a Mini DisplayPort. It can run full-fledged PC apps and according to Microsoft, the device can last nine hours of continuous web browsing or a full day’s worth of mixed usage. If you like beautiful screens and heavy multitasking, the Galaxy Tab S is the tablet for you.

Thanks to its Super AMOLED display with QHD resolution and stereo speakers, you can watch videos and movies in all their glory. It comes in two variants, one with an 8.4″ display, and another with a 10.5″ display.

It is powered by an octa-core Exynos 5420 or a quad-core Snapdragon 800 processor, 3GB RAM, and 16/32GB internal storage. It comes with Android 4.4 KitKat and some great enhancements from TouchWiz which allows users to run up to 4 apps side-by-side, making it the epitome of multitasking.

Samsung is also offering a plethora of premium content for free to all the Galaxy Tab S users, including 50GB cloud storage in Dropbox. 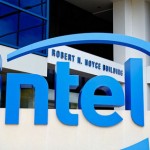