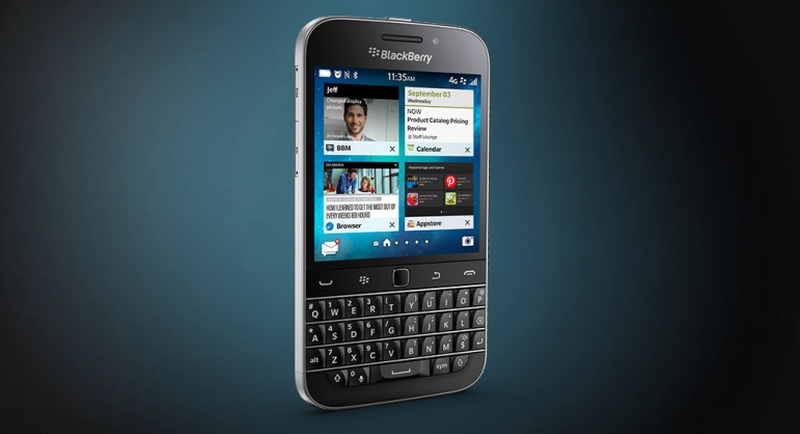 Did BlackBerry just launch a new phone, or have they found a Bold at the back of a fridge, popped it in the microwave and sprinkled some coriander on top? To me, and probably every other human being, it seems that the Canadian company has just relaunched its past.

I’m not exaggerating either. The BlackBerry Classic has a full QWERTY keypad, not the abbreviated version we find on the Passport. It even has a track pad. Yes, the iconic track pad that drove Curve users insane when it used to malfunction.

Internally it’s a little fresher but it still features a dated Qualcomm Snapdragon from yesteryear, which is rather puzzling considering that the phone is around US$450.

But BlackBerry is appealing to a very niche market here.

It’s startling to think that a 3.5″ 720p squared-screen with buttons and a track pad can get by in today’s phablet-worshipping bigger-is-better market. Considering the rest of the phone too, we’re wondering who exactly BlackBerry crafted this device for.

Well, people stuck in the past, judging by BlackBerry CEO John Chen’s comments:

BlackBerry Classic is the powerful communications tool that many BlackBerry Bold and Curve users have been waiting for. It’s the secure device that feels familiar in their hands, with the added performance and agility they need to be competitive in today’s busy world.

Updating the Bold might not be such a bad idea though. Its keyboard was easily the best ever released on a phone, so in that regard it makes sense for those who enjoy swift, tangible messaging.

The phone also includes the productivity tools that makes the Passport such a hit, including Blend, BlackBerry Assistant and it runs on top of the well-crafted BB OS 10.3.

With that said the Classic also feature more RAM than the iPhone 6 Plus — 2GB — while there’s 16GB storage capacity, an 8MP rear and 2MP front camera. All good and well, but other design decisions are highly questionable.

A 2515mAh non-removable battery is the first puzzle. If you’re gunning for Curve and Bold fans, surely a deeper battery life is better, or a removable battery for that matter? It’s all a little strange.

Of course, it’s easy to judge the phone without using it. I thought the Passport was a ludicrous handset initially but once I got hold of it, it was an absolute stoke of genius. Will the Classic follow in the same light? We’re not so sure really.

Although the phone is now available in the States, it will probably be coming to South Africa in early 2015, so prepare for a heavy dose of the past in the new year. 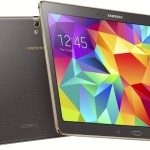