The festive season might be fast approaching, but the mood around the PlayStation Network camp can’t be too jolly. Lizard Squad, the group of online rebels that brought down Xbox Live last week, has (according to its Twitter account, at least) struck again.

But it’s not one of Microsoft‘s platforms that’s suffering.

Those trying to access the PlayStation Store at the moment are greeted with an error message stating: “It’s not you. It’s the internet’s fault.” It’s not just the Store either. It would appear that PlayStation Network is down for console users and the greater internet well.

Read more: Xbox Live temporarily knocked on its face thanks to hackers

Twitter, Reddit and Facebook are awash with users’ comments regarding the outage, which seems to have been in effect since the early hours of this morning in South Africa.

Just a week prior, Lizard Squad had threatened both PlayStation Network and Xbox Live, suggesting that the Christmas period would see a spate of DDoS attacks on the duo. It’s not completely understood why Lizard Squad has targeted these networks, but previously the gang has been responsible for bringing down other servers, including Destiny, Call of Duty and those used by FIFA. We imagine, in part, for funsies.

A few days ago Lizard Squad plunged Xbox Live into the dark ages once again — the second outage in less than seven days.

That’s not all. Back in August this year, Lizard Squad had faked a bomb scare on the plane carrying John Smedley — Sony Online Entertainment’s president — forcing it to land.

After the official PlayStation account posted this tweet earlier this morning, there has been no update since. It seems (for us at least) that PlayStation Network along with all its dependencies, is still down.

PSN update: we are aware of the issues some users are experiencing, and are working to address them. We’ll keep you updated.

Of course, Lizard Squad is taking credit for the outage but a DDoS sourcing from the group may not be the definitive reason PlayStation Network is spluttering. Nevertheless, the networks have been warned by the group before.

Unlike Santa, we don’t like giving all of our Christmas presents out on one day. This entire month will be entertaining. #LizardSquad

Is PlayStation Network still down in your area? Let us know in the comments. 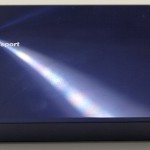