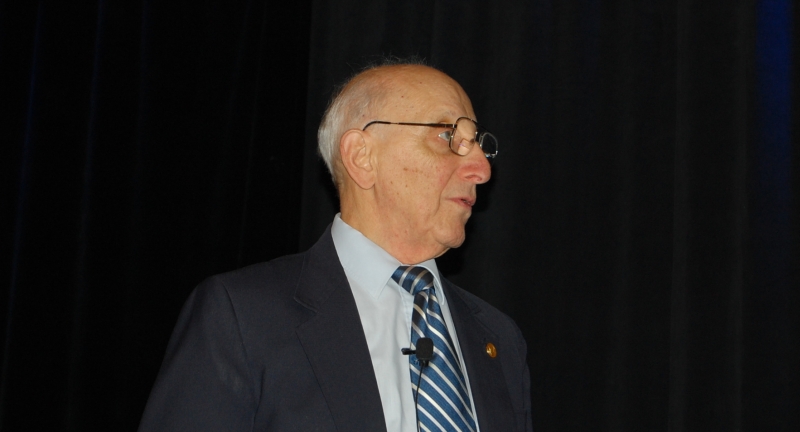 It has been a sad week for the gaming, and technology fraternity in general. One of the pioneering fathers of the gaming console as we know it, Ralph Baer, has passed away age 92.

For many, Baer isn’t a name that comes up often in most conversations, and even less so when the console war is mentioned, but he was probably the most integral cornerstone of today’s gaming culture.

Sure, he wasn’t responsible for building or conceiving the beastly powerful Xbox One, or PlayStation 4. He didn’t formulate the brilliant motion control technology inherent in Nintendo’s Wii and Wii U consoles. He barely had a hand at crafting the lesser known 8-bit games of yesteryear, but he was the one who started it all.

While working for defence contractor Sanders Associates in the late Sixties, Baer was working on what he dubbed the “Brown Box”.

Well, it wasn’t much of a title, but it sure was ingenuity in a period of human history that seemed to deviate away from technology completely (ironically, mainly thanks to the duo of World Wars that had passed). His personal history during this period was also marred by pitfalls. The Brown Box is widely regarded as the first console ever crafted, and this unbelievably was back in a time before South Africa even had television. But Baer was something of a visionary, and believed that games could be played on a television by using this rather strange-looking machine. Somehow, this ruddy, laminated box filled with all sorts of computer wizardry could do just that.

Taken from the patent filed back in 1969, the language is beautifully arcane:

The present invention pertains to an apparatus and method, in conjunction with standard monochrome and color television receivers, for the generation, display, manipulation, and use of symbols or geometric figures upon the screen of the television receivers for the purpose of training simulation, for playing games, and for engaging in other activities by one or more participants.

Gaming in a pre-square-eyed nutshell.

Of course, gaming nearly half a century ago was a more reverential affair, with a certain degree of decorum. Watch Baer and Bill Harrison, one of his colleagues, play a game of digital ping-pong below. Interestingly enough, it actually seems more difficult than most AAA titles of today.

Ping-pong for Baer was just the beginning.

A year prior, Baer developed the world’s first console controller, or periphery — the light gun. Now, if you’ve ever played Duck Hunt, you know exactly what I’m talking about.

Ralph Baer eventually sold the rights to the Brown Box, along with the light gun, which became the Magnavox Odyssey in 1972 — revered as the first commercially available console.

Incredibly, the Odyssey was little more than an interactive board game. It could move pixels around, sure, and change the background colour, but that was all. Magnavox packaged the Odyssey with a few overlays that would hilariously provide the borders and confines of the game itself.

Here’s the understanding, according to the official Smithsonian excerpt:

Since Odyssey had no graphic capabilities other than the ability to change the color of the background, Magnavox included translucent color overlays to provide settings and game boards.

Nevertheless, selling just 350 000 units, the Odyssey wasn’t exactly the most popular machine of the time, but it was the most important. It had two manufacturing stints, with the second coming in 1975. By that time, there were other companies considering launching their own consoles and games.

The Odyssey could fetch up to US$435 in the Seventies, so it wasn’t cheap either.

Later Atari’s Pong would see runaway success inspired by the very game played by Baer and Harrison on the Brown Box prototype. In 2004, he was awarded the National Medal of Technology and Innovation for his “groundbreaking and pioneering creation, development and commercialization of interactive video games, which spawned related uses, applications, and mega-industries in both the entertainment and education realms.” Seems rather appropriate.

And let’s not forget his other inventions (like SIMON) and plethora of patents.

Today, consoles in their eighth generation can perhaps look at the Odyssey and Atari’s Pong and laugh, but they hold their existence in Baer’s hands.

Ralph Baer wasn’t just the father of video games, he was the father of living room culture, of many childhood memories including that horrid Red Ring of Death. While one man can’t always be accountable for an entire industry, in this case, it seems only right to say that Baer’s little Brown Box started it all. 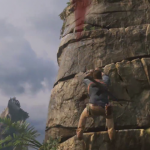