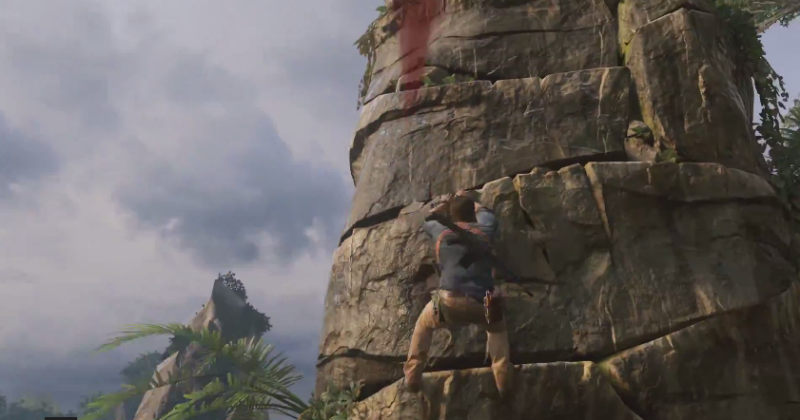 For all the Uncharted and The Last Of Us groupies out there, Naughty Dog launched a 15-minute long PlayStation 4 gameplay trailer of its latest title — Uncharted 4: A Thief’s End. For those who aren’t fans, prepare to be wooed.

After the announcement of the popular action adventurer series fourth title, A Thief’s End, the PlayStation exclusive has been kept quiet for the better part of 2014.

The video shows what sounds like a group of South African mercenaries (you can’t miss the accents) try and hunt down protagonist Nathan Drake, in an effort to find the hidden pirate treasure.

From crawling through a cave somewhere on a tropical island to swinging along dodgy yet spectacular-looking cliff sides and dodging bullets, the graphics and gameplay look absolutely smooth.

So far not so much is known about the plot, though Naughty Dog says it takes place “several years after his last adventure”. The original Uncharted recipe is kept intact:

With the stakes much more personal, Drake embarks on a globe-trotting journey in pursuit of a historical conspiracy behind a fabled pirate treasure. His greatest adventure will test his physical limits, his resolve, and ultimately what he’s willing to sacrifice to save the ones he loves.

The team notes that we should glue our eyes to its Twitter feed, for further details about the plot.

One thing we can pick up is that the game seems a lot more open-world compared to its predecessors, opening up more variety and sticking to the current-gen console trend.

Though this is not the final version, the footage is in-game and in real-time running at 1080p and a stable 30hz. Oh, and did we mention it’s 15 minutes long? Enjoy: