By Andy Walker, former editor
Read next6 awesome and cheap last minute gifts for the technophile in your life 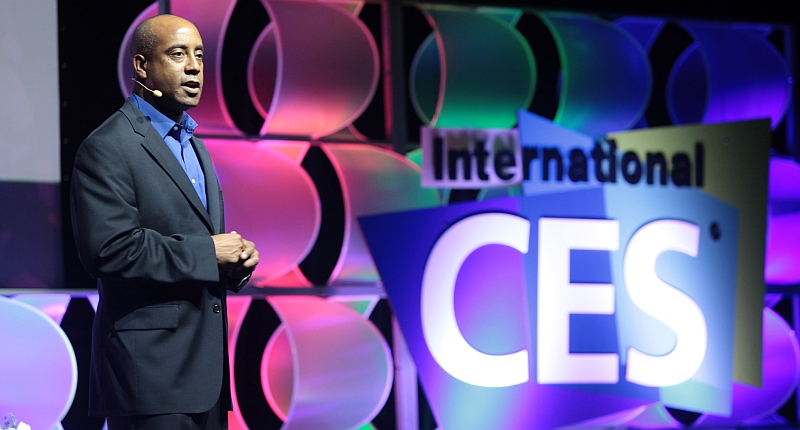 Another year, another slew of conferences and exhibitions taking centre stage in the first quarter of 2015, and kicking off the year in true flash Vegas style is CES.

The International Consumer Electronics Show takes place this year between 6 and 9 January, and we’re already planning for some massive announcements from some of the biggest names in the tech sphere.

Last year (2013) we saw some massive announcements from the likes of Sony and Panasonic’s 4K OLED launch, Bill Clinton coming out with support for Samsung (of all companies) and who can forget Nvidia’s debut of its “Project Shield” gaming tablet.

This year was a big of a downer really. LG unveiled its range of curved TVs, while Michael Bay made a right fool of himself at Samsung’s now customary celebrity keynote. We also saw the debut of Nvidia’s Tegra mobile processor and details emerged of Sony PlayStation’s latest streaming device.

In 2015, it seems that televisions, the Internet of Things and new energy efficient chips will be the highlights of this years event, while there’s expectations of a few flagship smartphone launches from the likes of Xiaomi and (possibly) Sony.

Samsung will kick off the festivities with Tizen in the spotlight Company President BK Yoon will have the honour of delivering the opening keynote, which is quite a privilege mind you. But what will Samsung have in store for us this year?

It seems that Tizen will be given its 15-minutes of fame when Samsung unveils a new 20.3MP camera based on the OS dubbed the MX500M. And that’s not all. There’s talk of Samsung releasing a Tizen-based smart TV to compete with the likes of LG’s WebOS 2.0 offerings at the conference too.

Samsung released its first Tizen-powered smartphone called the Samsung Z back in June 2014, so showcasing the OS on multiple platforms is Samsung’s endeavour.

And TVs promise to take quite a bit of the spotlight this year.

Quantum dot TVs will be in abundance, courtesy of LG LG will show the world that Samsung isn’t the only company vested in the sparkly new quantum dot screen technology. Although it sounds rather complex, the concept is fairly simple.

The MIT Technology Review‘s definition crafted back in 2006 is perhaps the best available:

At its heart are nanoparticles called quantum dots, nanoscale semiconductor crystals. By altering the size of the particles, researchers can change the color they emit: for example, a six-nanometer-diameter particle would glow red, while another of the same material but only two nanometers wide would glow blue.

We’ll likely see this technology employed in screens across the industry after CES, so LG’s is one to look out for.

LG will unveil WebOS 2.0 for its smart TV line More news from LG comes in the wake of the Tizen bonanza at the Samsung stand. LG will showcase its new WebOS 2.0 smart TV OS that aims to “make TV simple again.”

webOS 2.0 offers a long list of improvements and impressive features. Boot time has been reduced by up to 60 percent and accessing content has been made significantly smoother and faster. When switching from the Smart TV Home Screen to YouTube, for example, users will see an improvement in loading time of up to 70 percent.

Although this might not be the most interesting announcement at CES, it should be a brief glimpse into the crystal ball of smart TV technology.

The bezel-less Mi5 will be one of the smartphones to look out for in Vegas this year. Although Samsung may not be showing off the Galaxy S6 yet, its rivals are launching attractive hardware packages all around it.

Xiaomi — the Apple of China — is another Asian success story, with its Mi5 being the real feather in its cap.

The phone has been rumoured for a while, but back in November the world got a glance of the smartphone-to-be. Its bezel-free design is complimented by a (rumoured) 5.7″ QuadHD screen — akin to the Samsung Galaxy Note 4 — and a Qualcomm Snapdragon 810 combo. We’re not quite sure about this chipset choice though, considering that Qualcomm hasn’t launched the system-on-chip yet, but the 805 might be an option.

Will Sony unveil its own new smartphone flagship?

What’s with this video, Sony?

If you thought Apple preview trailers and invitations were cryptic, Sony has raised the bar this time with its “Welcome to the New World” teaser.

The first shot in the video teases a rather thin device, whether it be the edge of a smartphone or tablet, we’re not quite sure. Other imagery in the video throws molotov-like hints, from a lollipop to an elevator with the number “5” outlined. So, a 5″ smartphone running Android Lollipop? The Xperia Z4? It can’t be that simple.

Nevertheless, draw your own conclusions after watching the flick yourself.

Enthusiasts have been waiting a long time for Intel to launch it’s Broadwell line with the new 14nm manufacturing process.

The CPUs are 30% more efficient over the Haswell refresh — the current technology line offered by the chip maker — but will be much faster.

There are over 13 planned Broadwell-U launches on the cards (“U” demarcating the low-voltage variants) for the first quarter of 2015, so CES will serve as a platform for Intel.

We’re not quite sure where that leaves Skylake — Intel’s next step on its roadmap — but we’re happy to see CPU technology moving forward, even if it is slowing down a touch.

Nvidia’s GTX960 to be unveiled? The silicon industry is still alive and kicking, and to match the new processor advancements being made in 2015, Nvidia is readying a budget version of it’s GTX9xx range dubbed the GTX960.

Featuring just one 6-pin power connector, the graphics card should run cooler and use less power than it’s hungrier and more powerful older brothers. It will also cost around US$200.

KitGuru has reported that possible statistics include 1280 stream processors, 256-bit memory and 4GB of GDDR5 memory on the refreshed Maxwell architecture. Sounds like quite a deal.

Gigabyte’s record-breaking X99 SOC Force board will be launched Gigabyte’s really warming up to Intel’s new CPUs, so its latest launch is quite an important one for enthusiasts.

The price of this quad-SLI/Crossfire monster? Between US$349-399.

While this may not be all and everything in between, it’s a light smattering of things we can expect at 2015’s edition of CES. It seems that the Internet of Things, the smart TV space and personal computing hardware will see something of a renaissance. As for smartphones? Well, we’ll have to wait and see what Samsung, Sony and co. have in store. 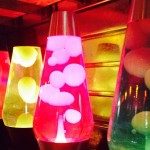