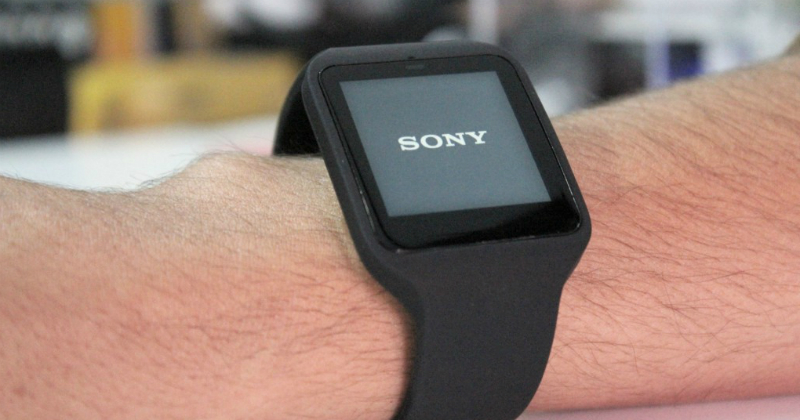 It’s pretty easy to keep track of Sony’s wearable releases thanks to its rather lazy naming department. As you should’ve realised by know, the Sony SmartWatch 3 is the third iteration of the company’s smartwatch project. While it may look at lot like the SmartWatch 2 that it replaces, it’s leaps and bounds better.

Rather than performing the usual unboxing (the gorgeous device didn’t come in a box at all, it turns out), we gave the SmartWatch 3 a photo shoot, showcasing the ceremonial removing of the watch’s protective shell to ultimately switching the gizmo on.

It’s quite a ceremony at that too. Sony as usual, has liberally dotted its moniker across the watch and the packaging, but it’s not overly done. In fact, the SmartWatch 3 is a rather understated device.

We’ll be reviewing this watch, along with the Sony SmartBand SWR10 and the brilliant Sony Z3 Compact over the festive season, to see if the Sony trio is really something you’d want constantly in your hand and around your arms.

To let you in on a little secret — I’ve been using each for a week now, and certainly wouldn’t mind keeping them for the distant future.

Hit up the gallery below to get a sense of the watch’s sex appeal, and let us know what you think in the comments. 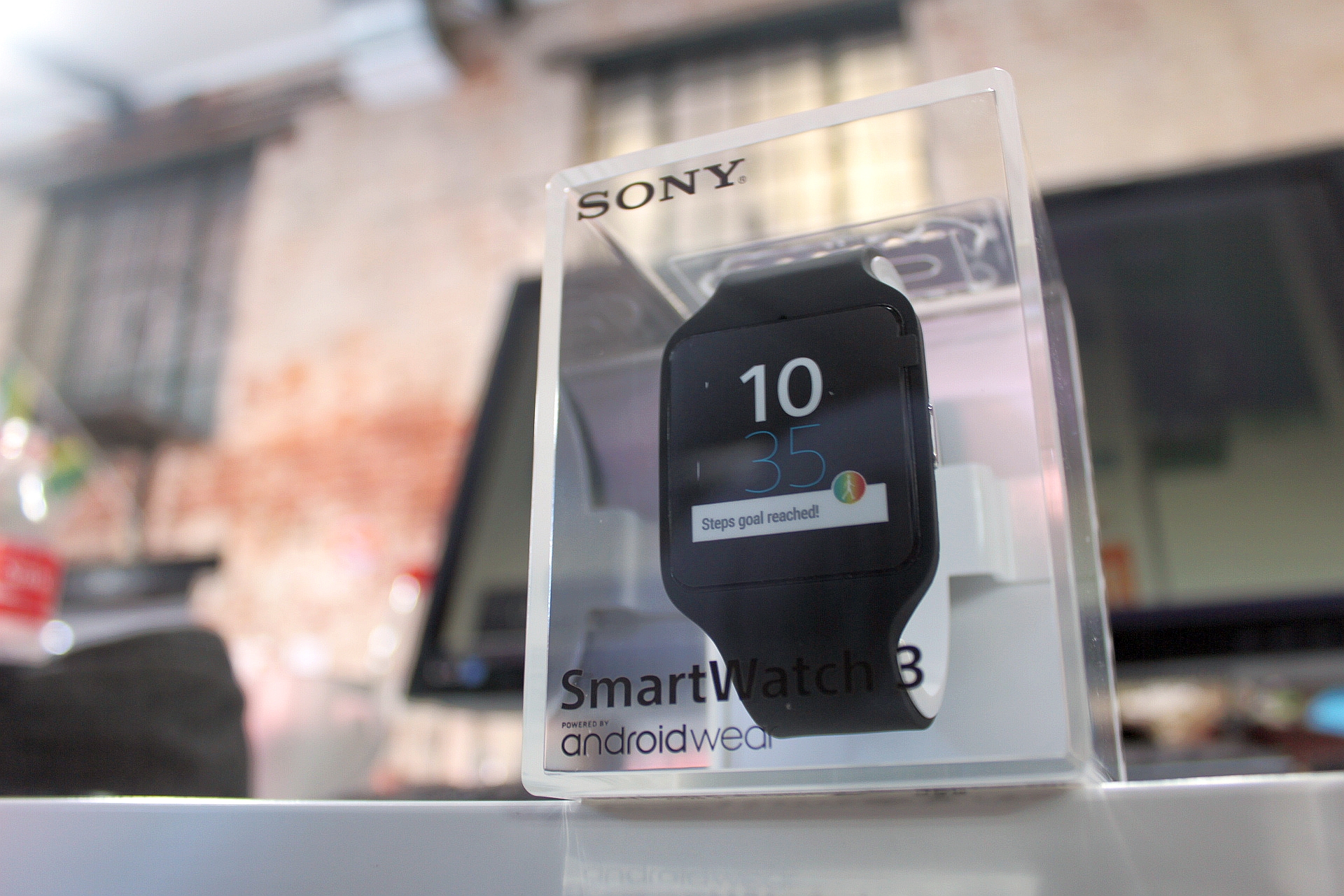 There's no such thing as a box with the SmartWatch 3, and that's a good thing. The clear plastic casing is a classier reminder of the hardware that lies within, and it does a pretty good job of building intrigue too. 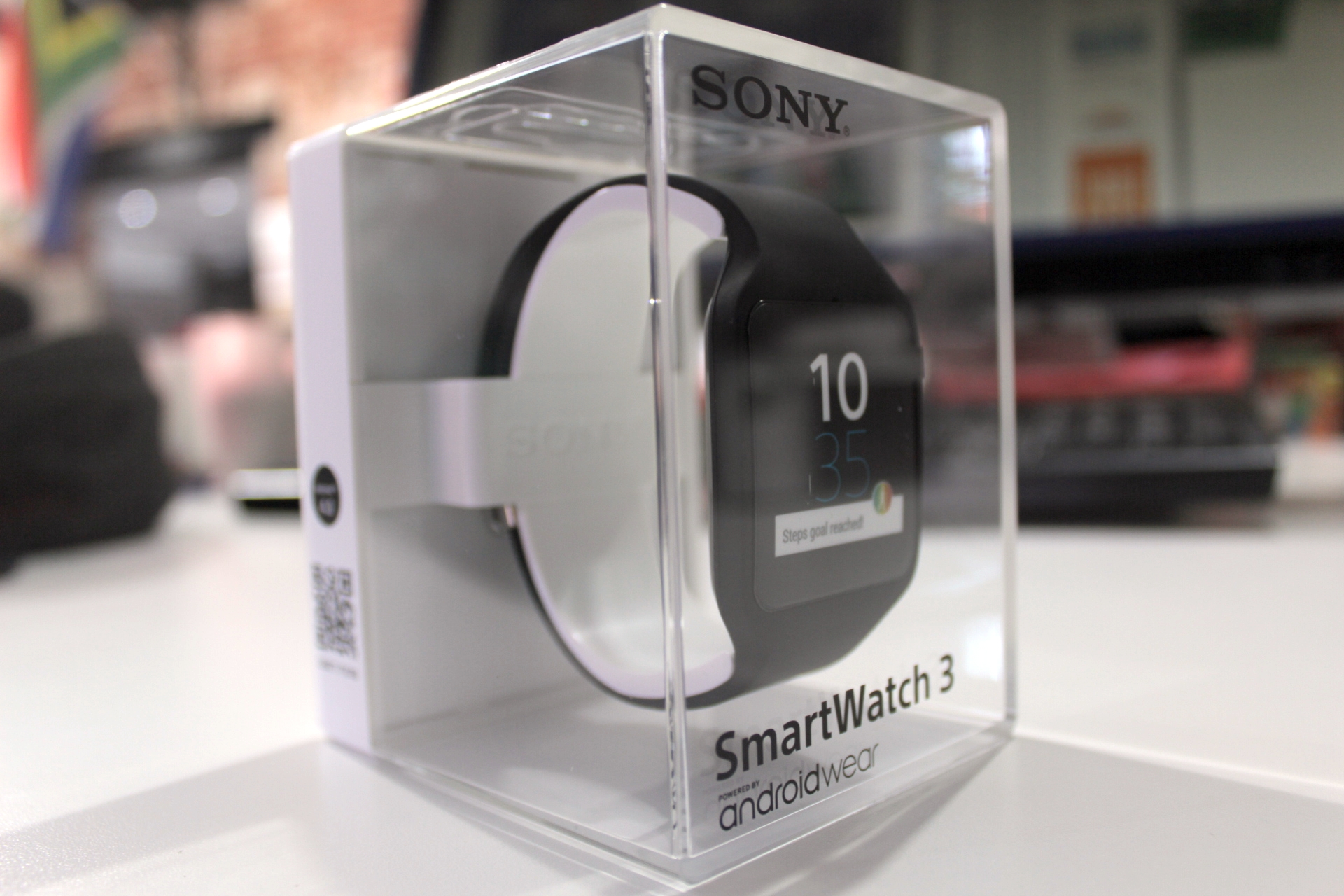 As you can tell from this angle, the watch sits of a cradle within the cube. It's a great system to secure the watch, regardless of what the bloke shipping it to your door does to it. 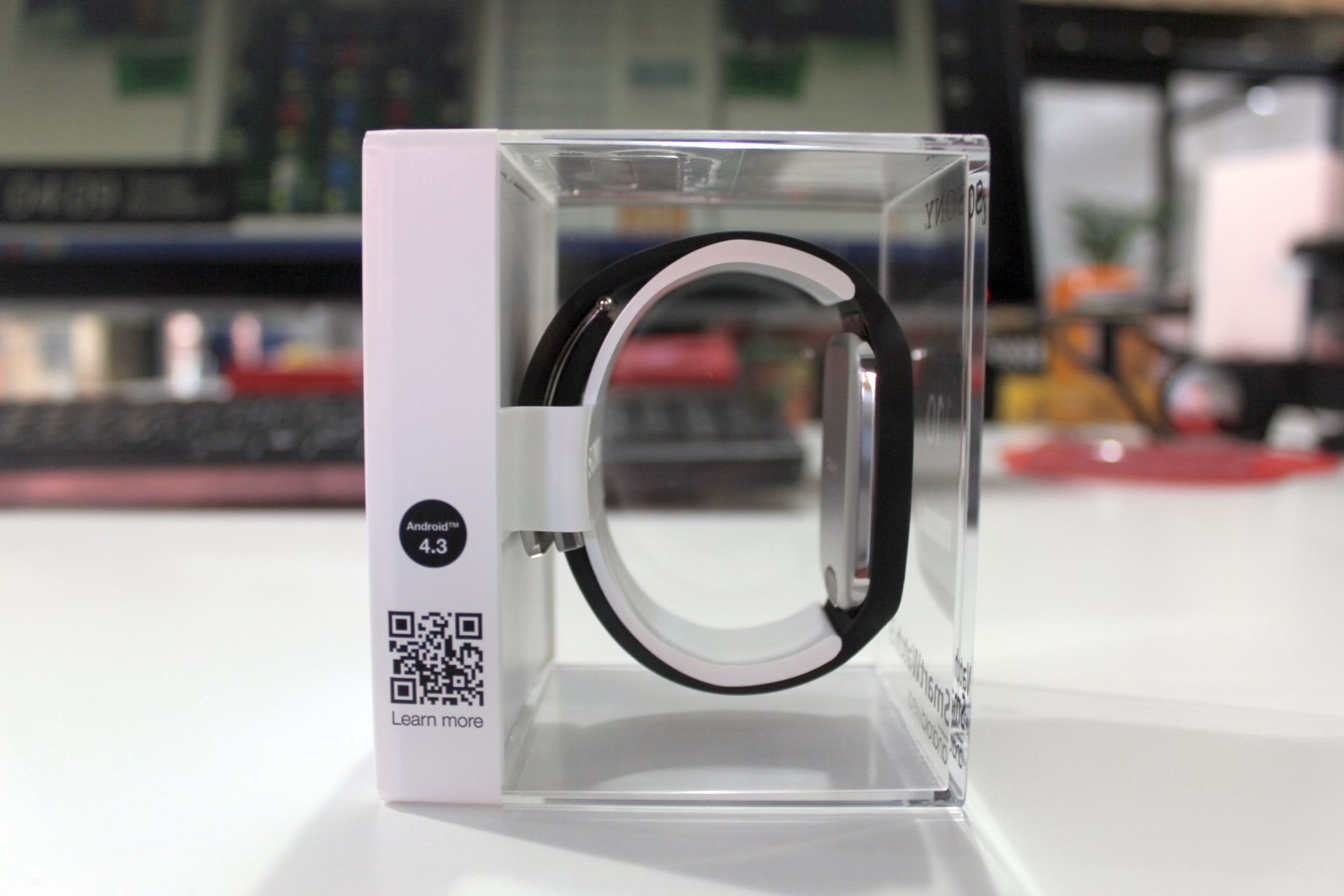 The cradle you'll also need to keep. It makes for the perfect charging stand or night-time clock at the bedside. 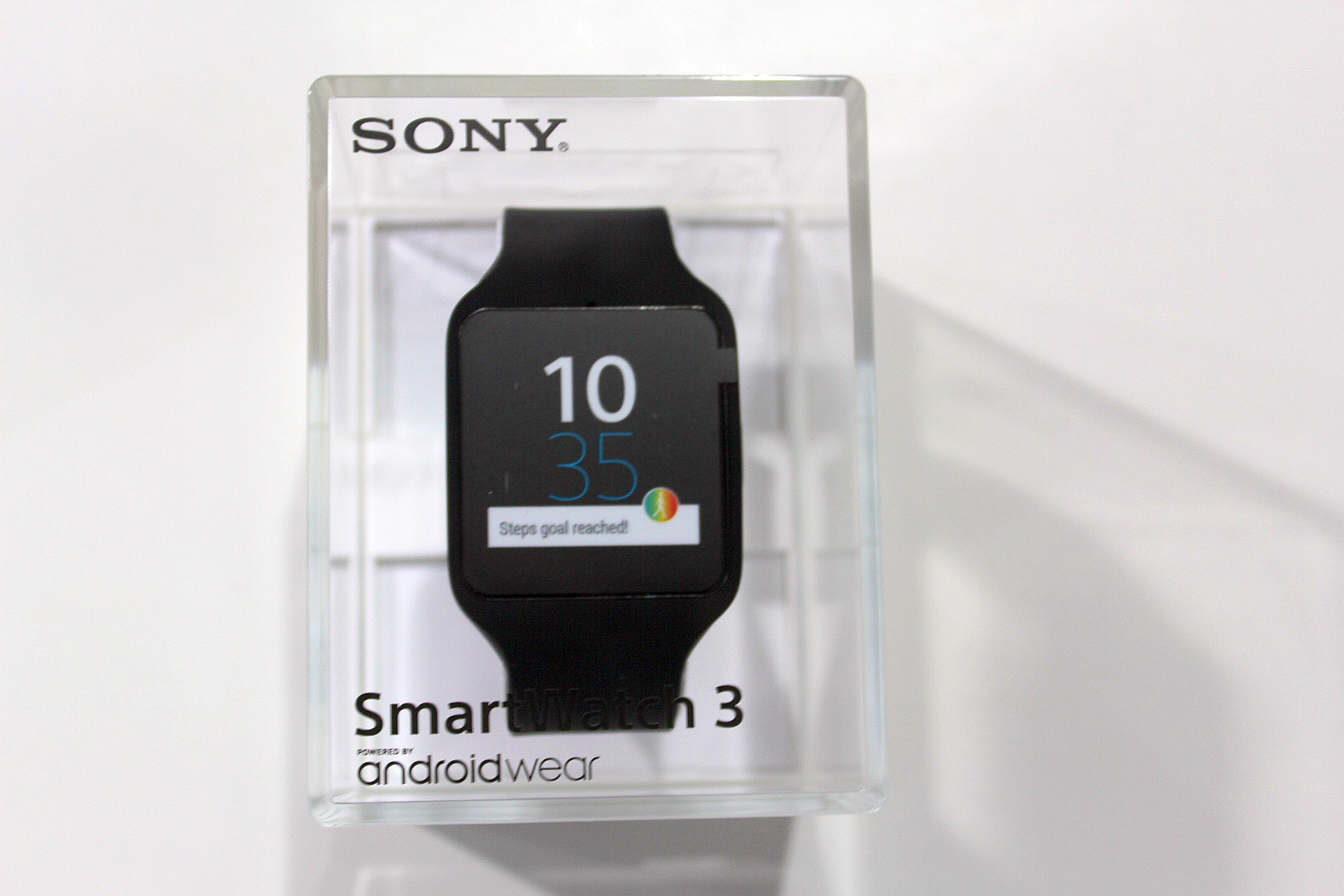 The face, for the most part, is protected by a curious looking sticker pasted to it. 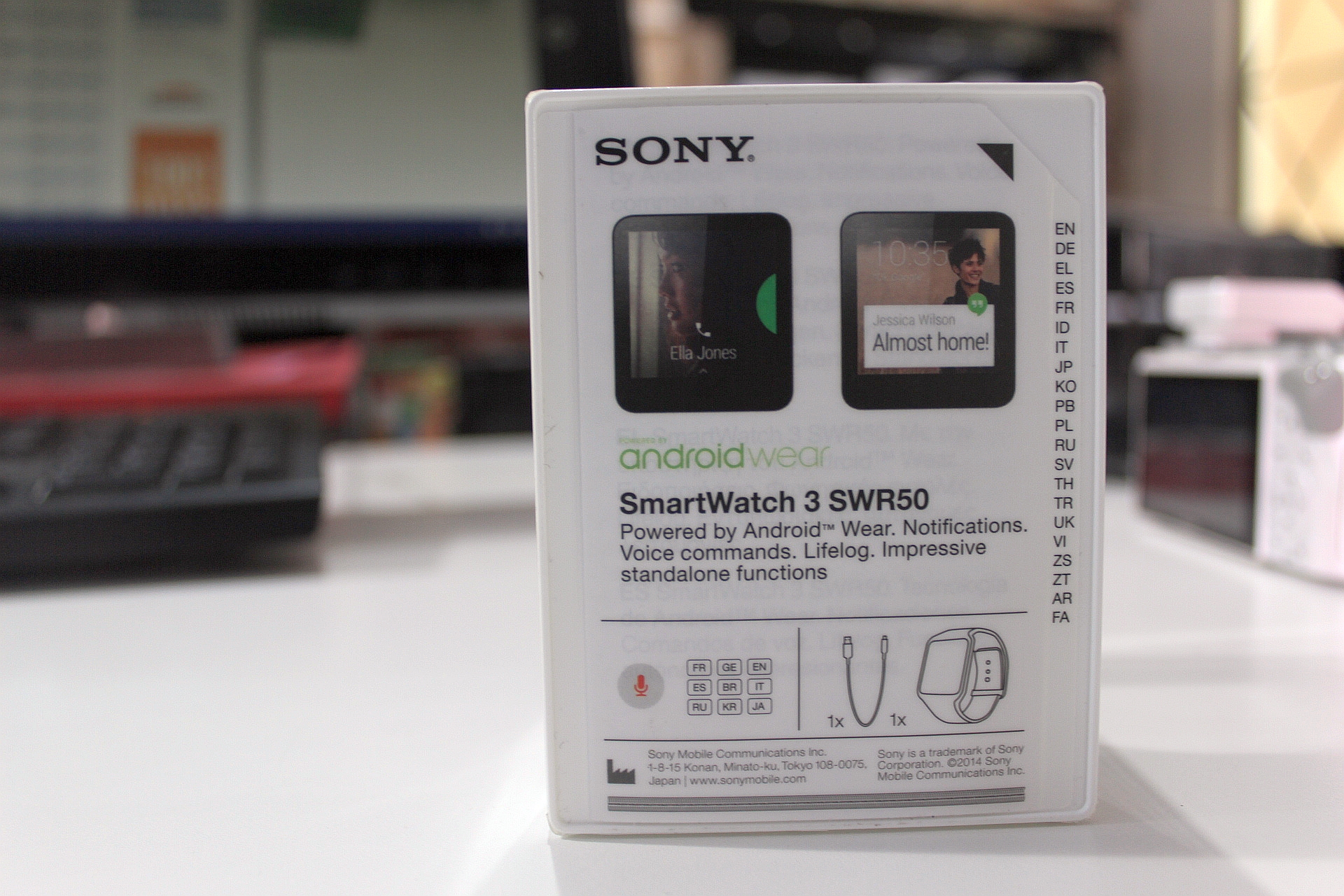 At the bottom of the box, you'll find the manual, which you may or may not want to pry from the cube. We decided to leave it intact. 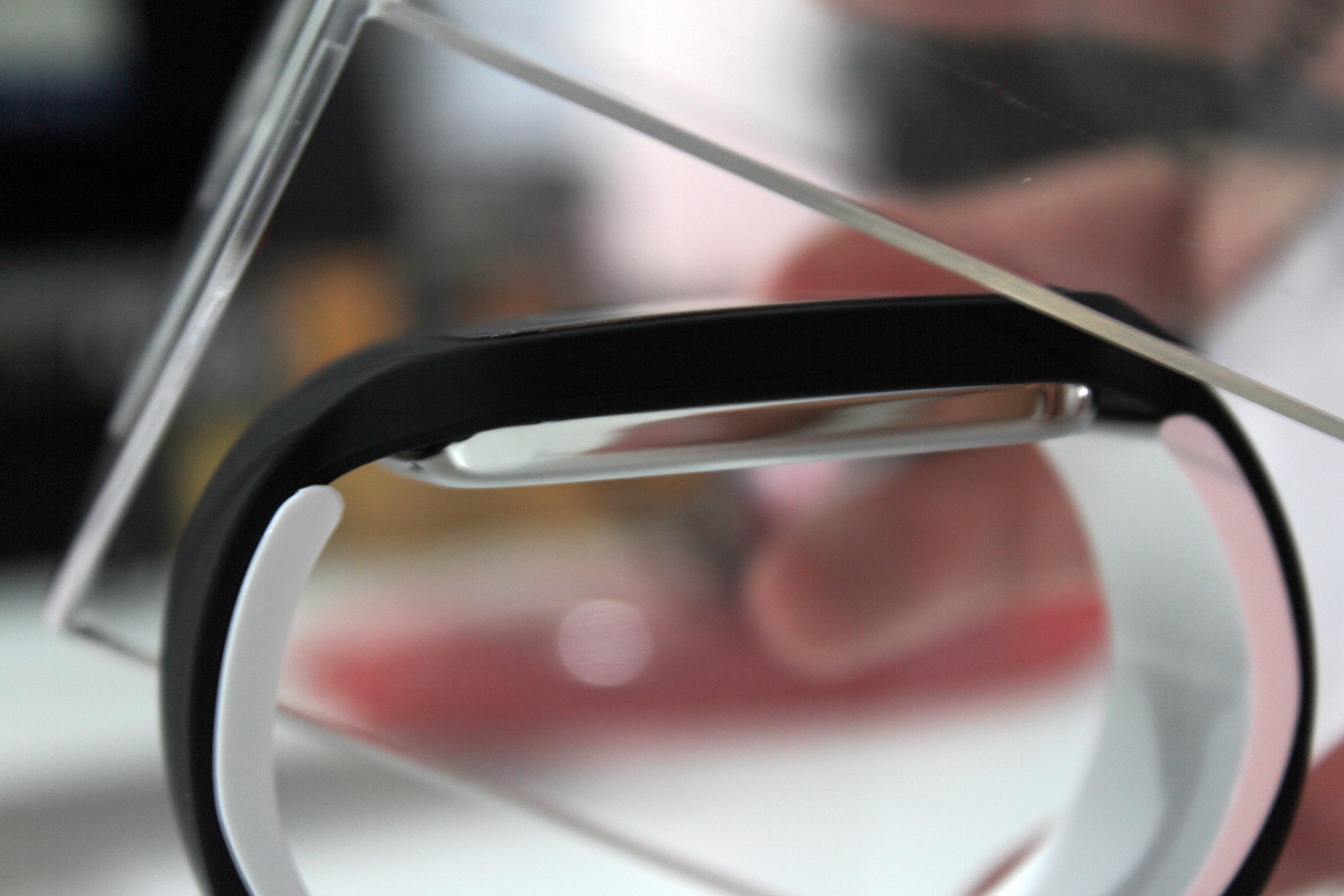 I told you it would be a ceremonious unveiling. Lifting the top of the cube reveals the first watch in its rubberised splendour. 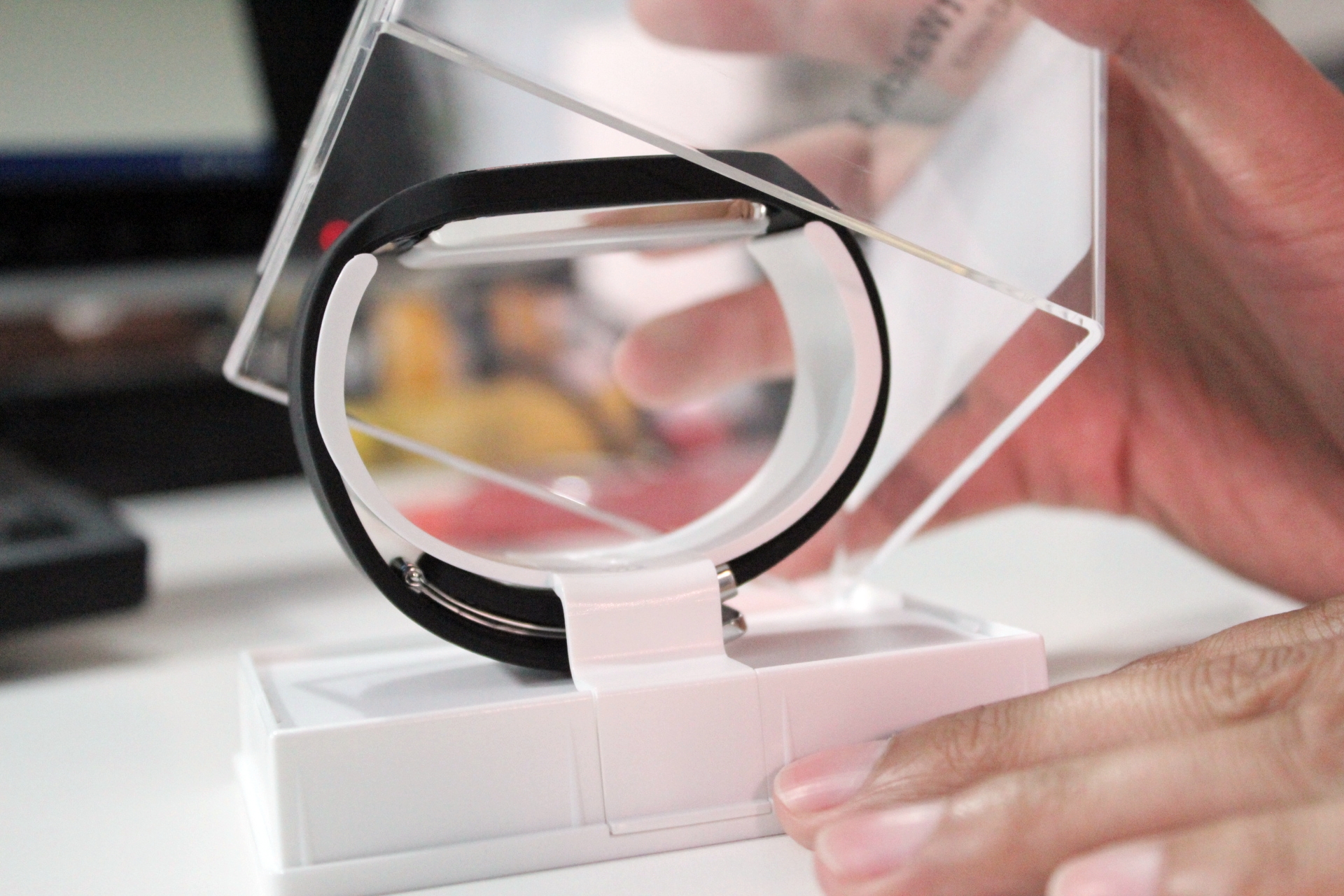 Once a thin layer of tape is removed from the bottom of the cube, the top lifts off relatively easily. 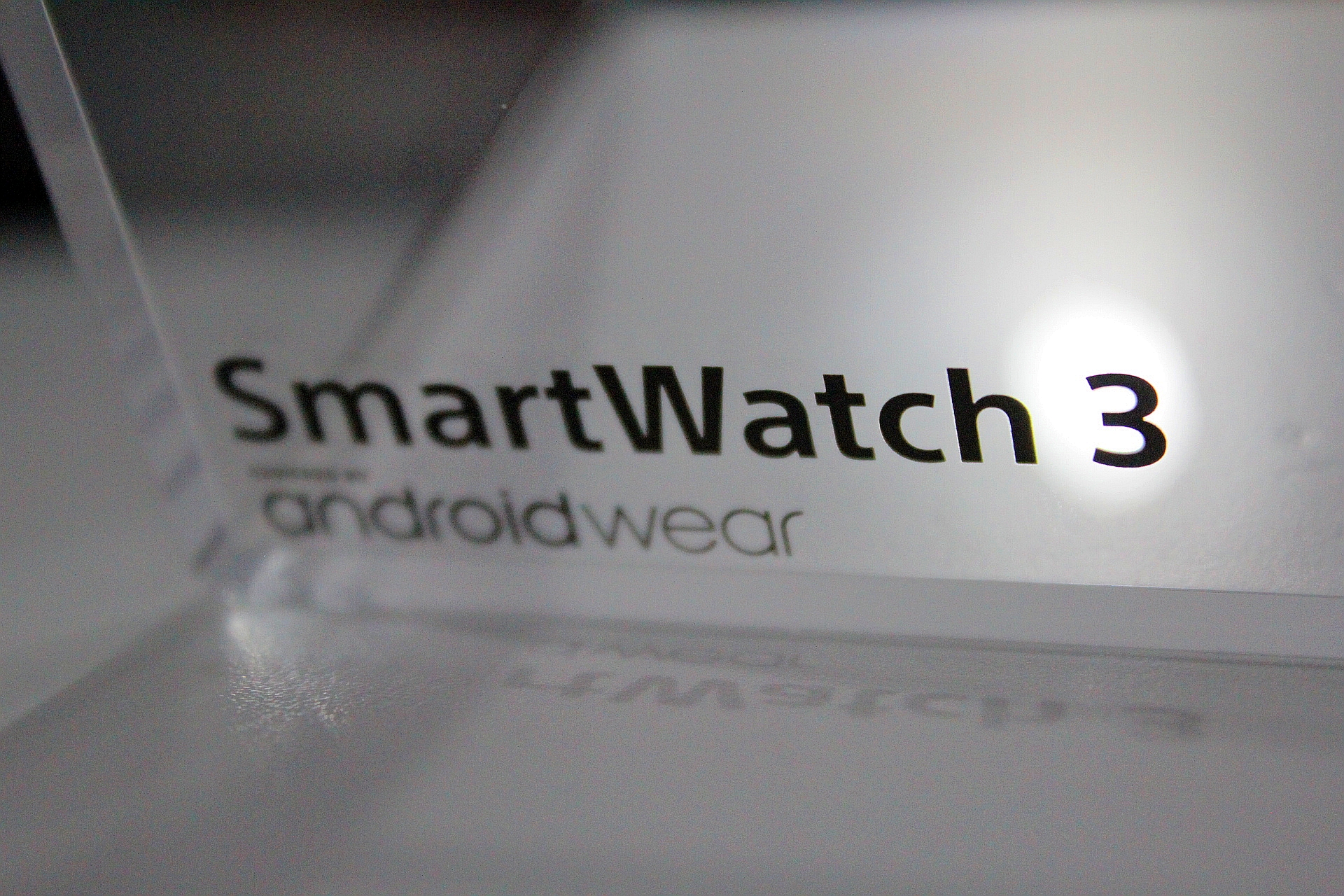 Too artsy to ignore, the packaging really is quite special. 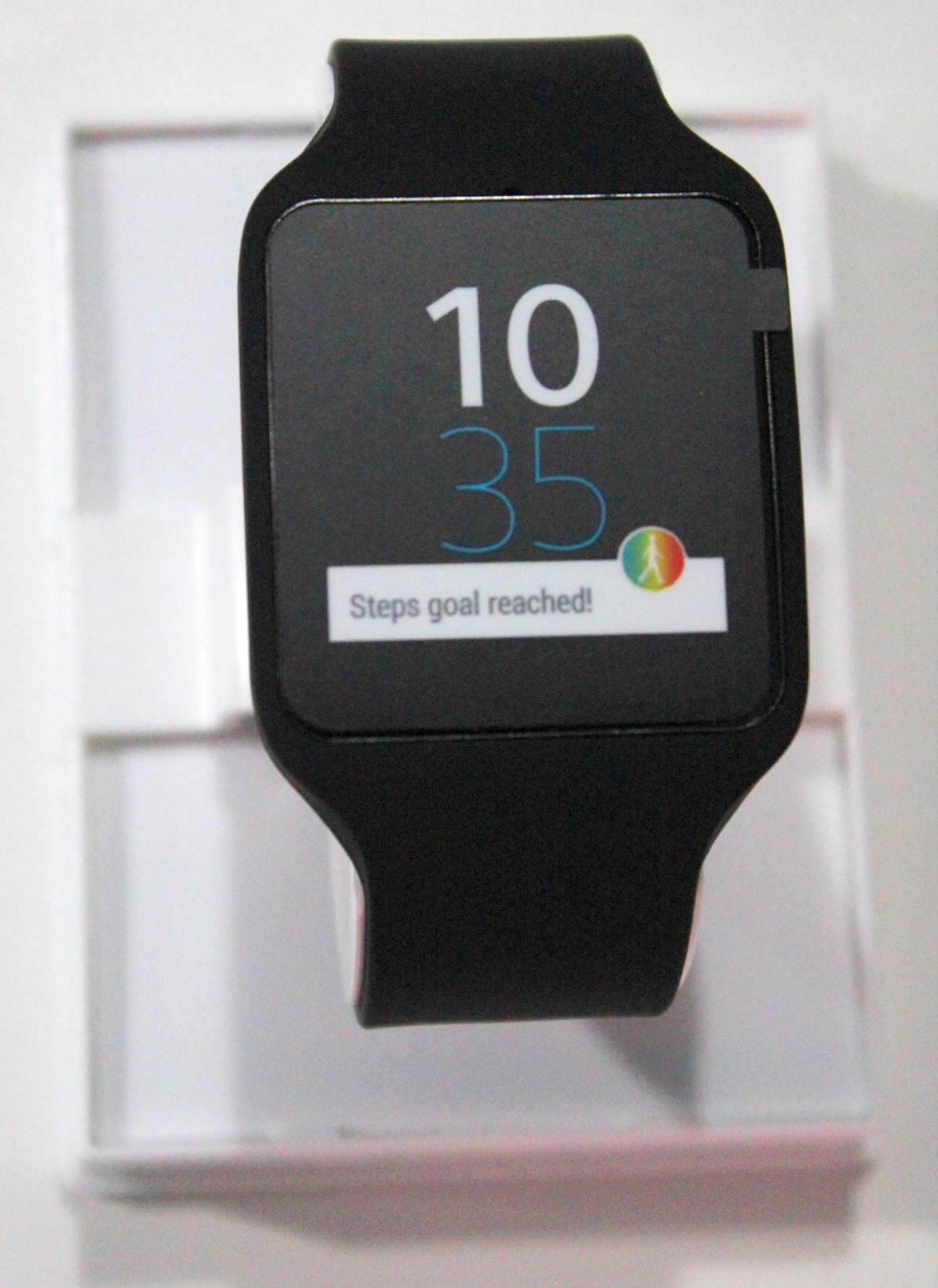 The watch in its naked form. 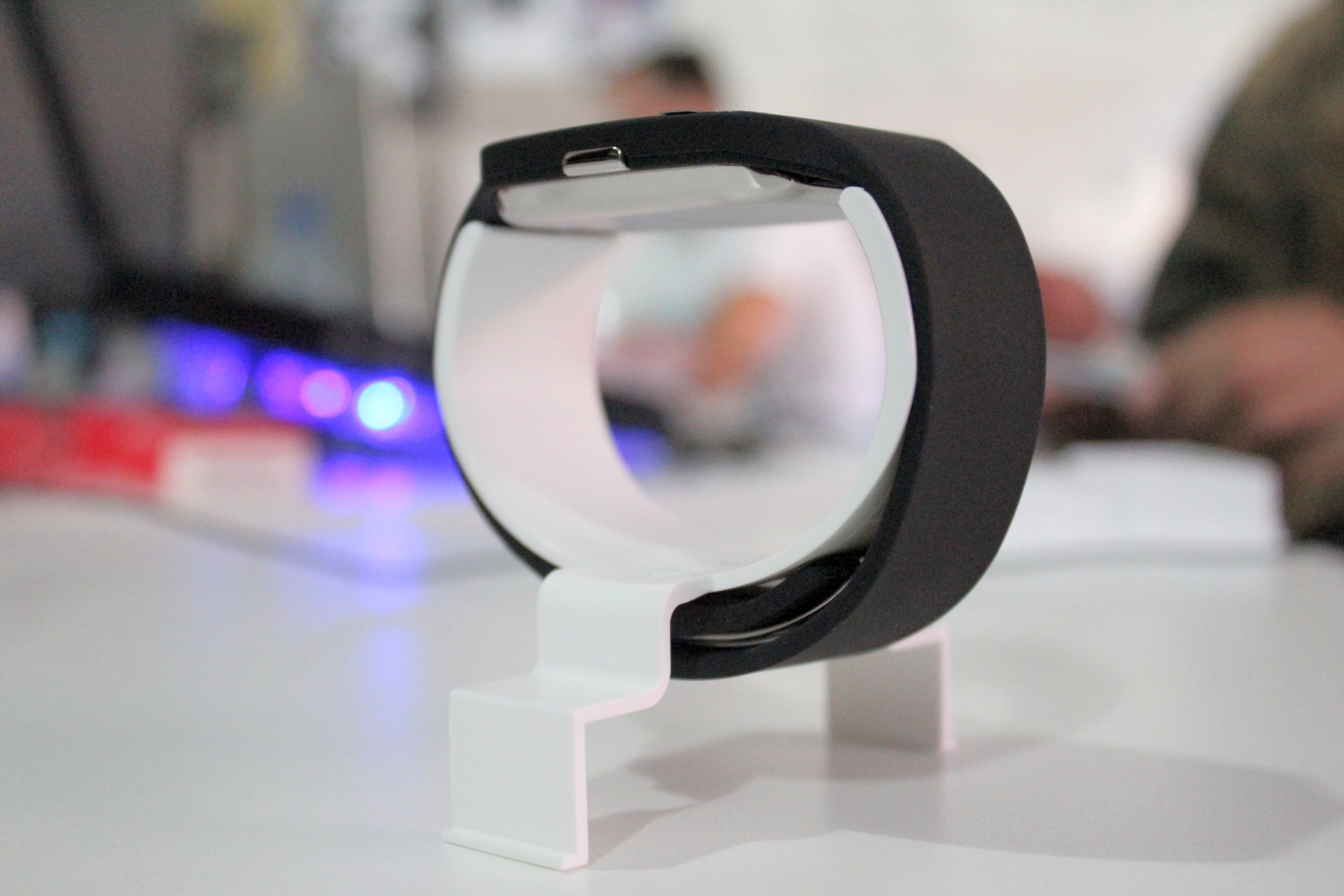 As one can tell, the cradle snaps off easily from the base of the cube and can stand unaided. 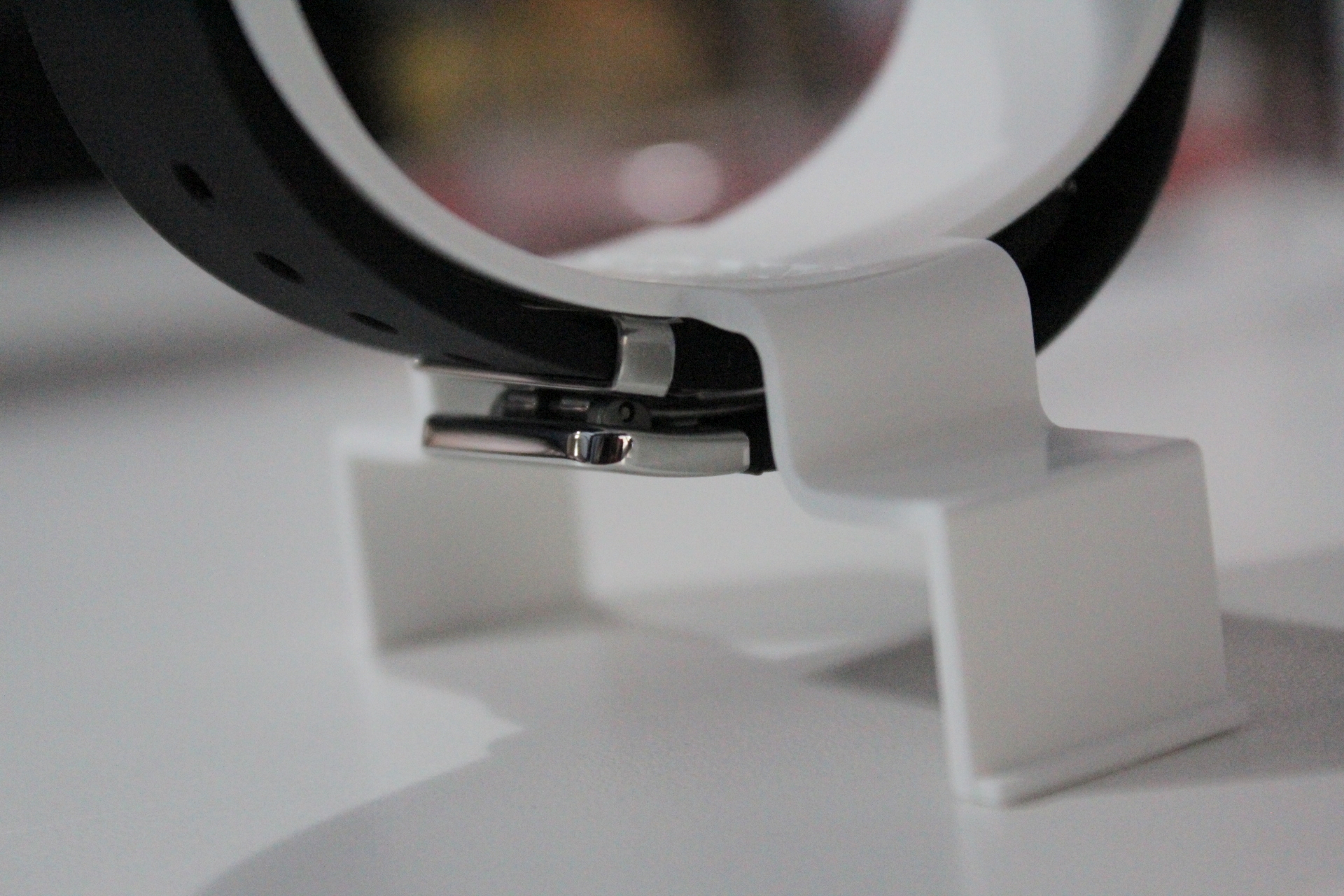 Notice the latch at the bottom of the strap -- this was more difficult to snap open than anticipated. 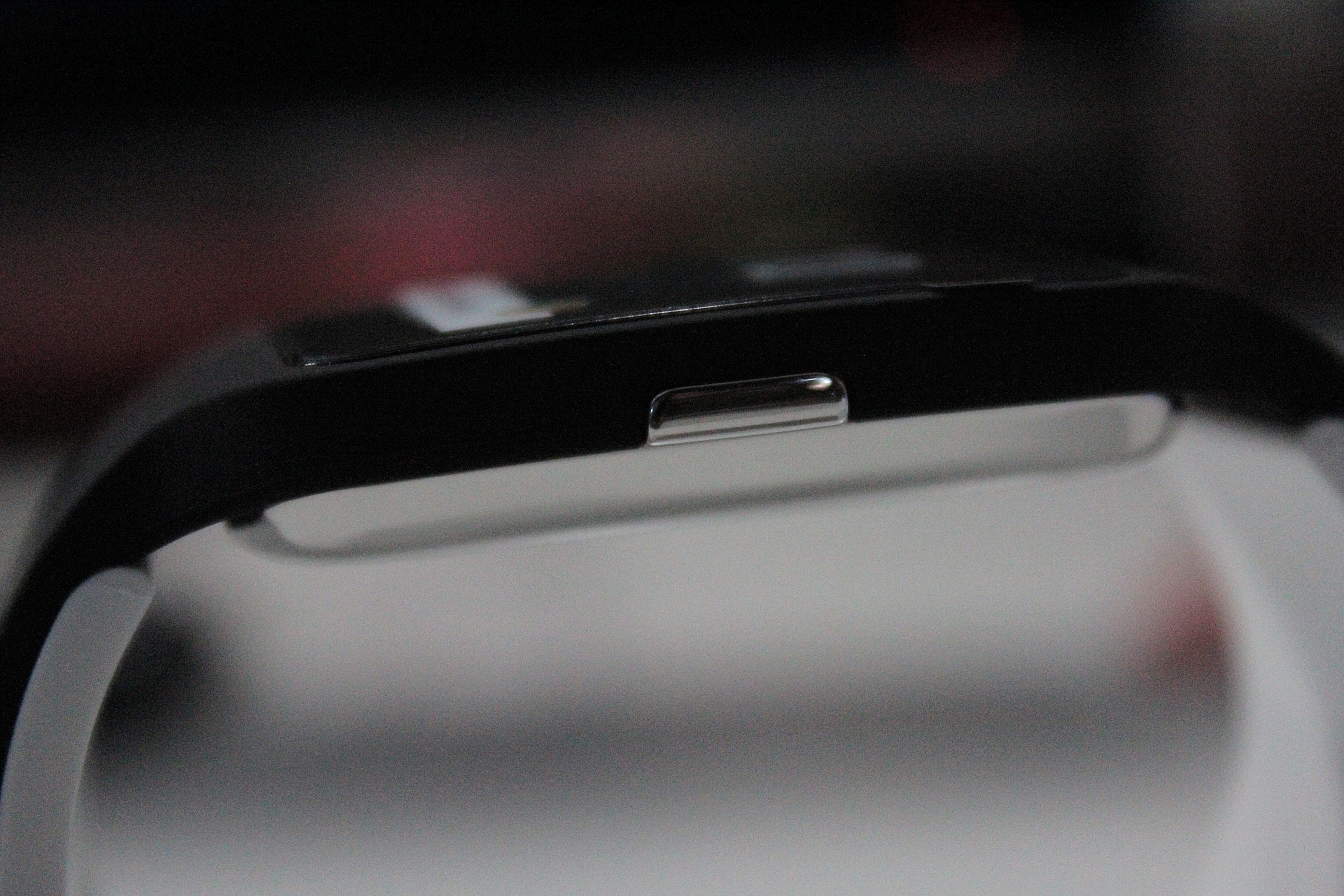 The shiny utility button on the side of the watch takes on many functions, giving access to the Android Wear settings menu and switching the watch's screen on and off. 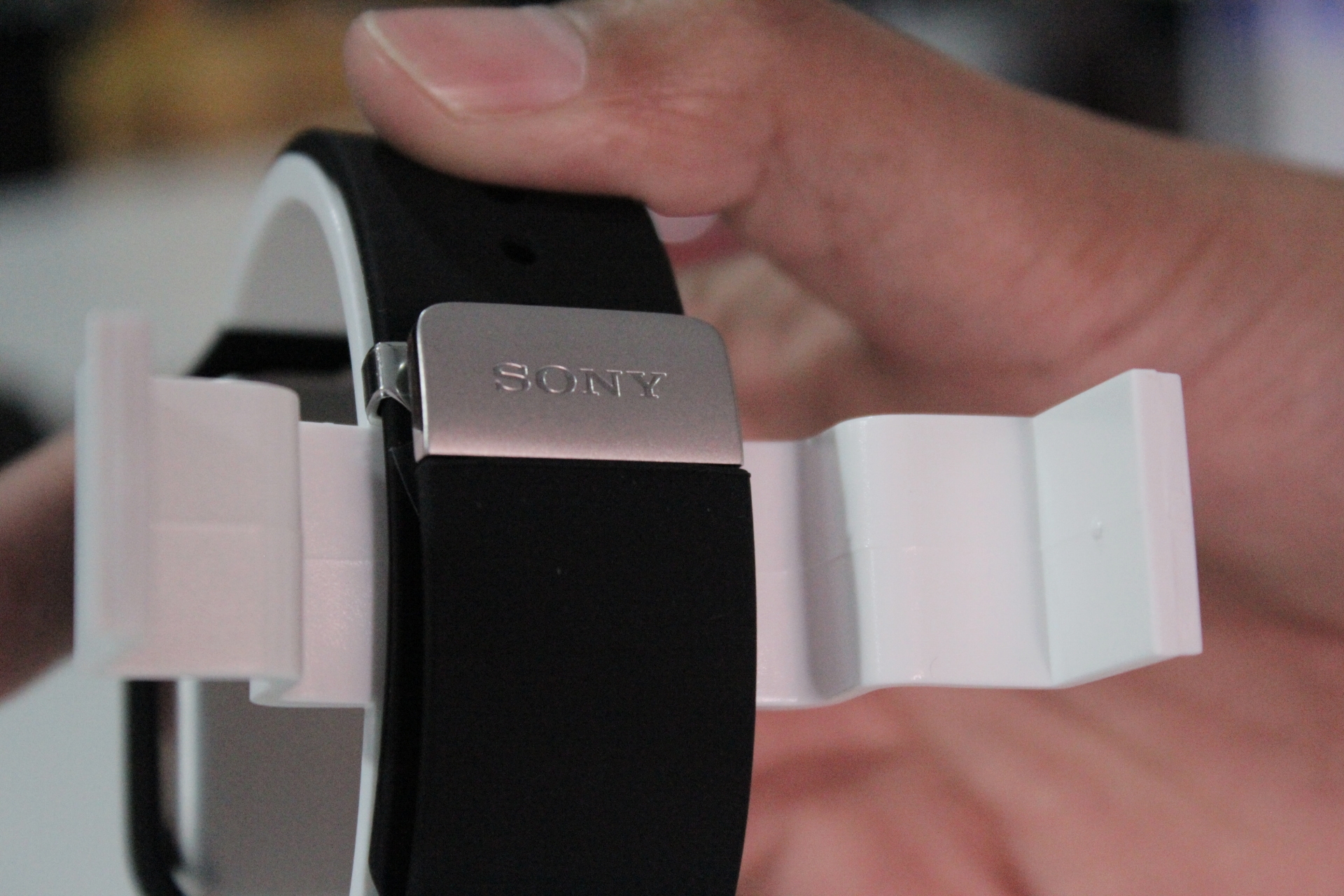 Sony was quite liberal with its logo application across the watch, but it's subtly done. 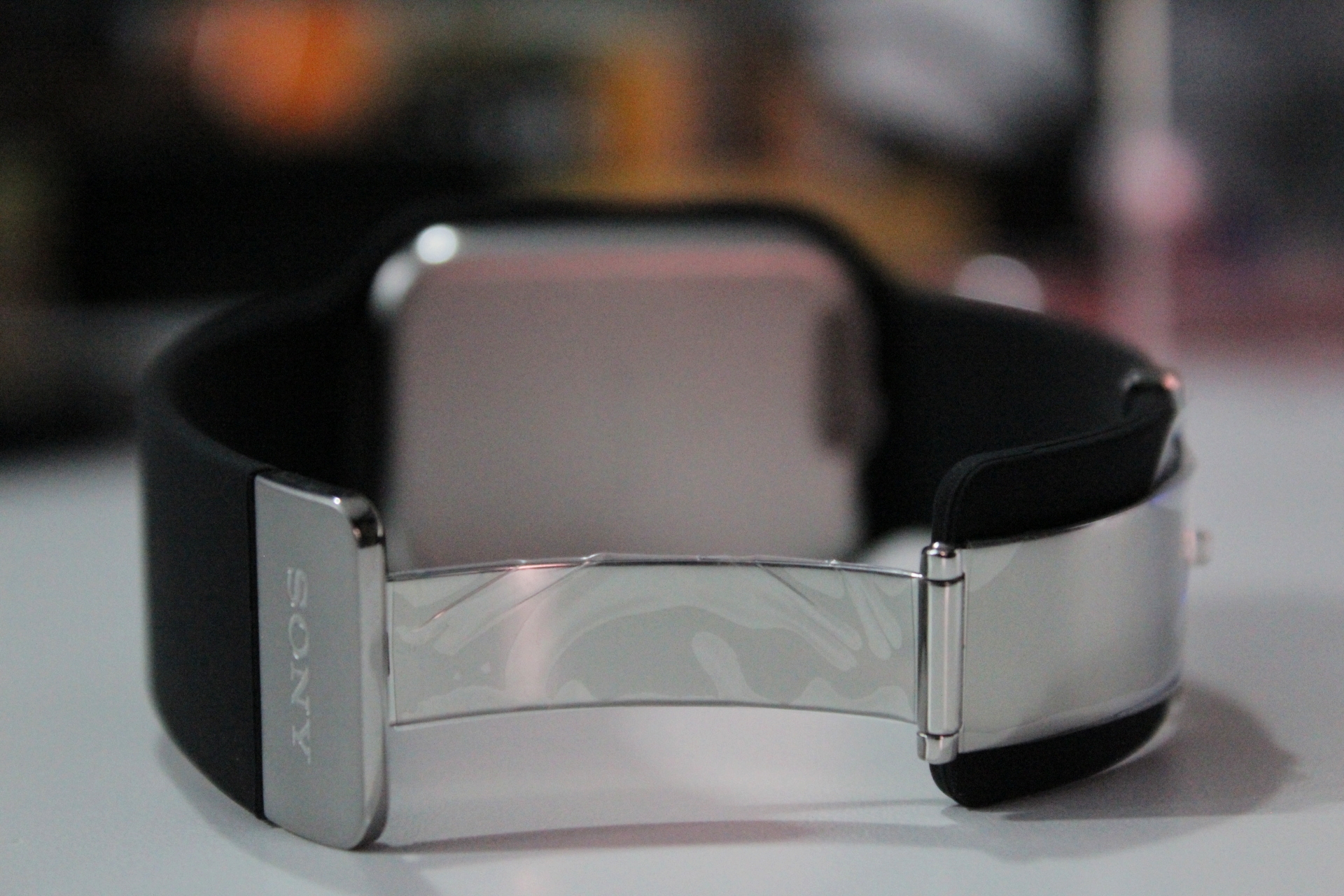 The latch is covered in tight plastic, and for a moment, we had no idea that it actually was. The watch can easily be worn with this still on. 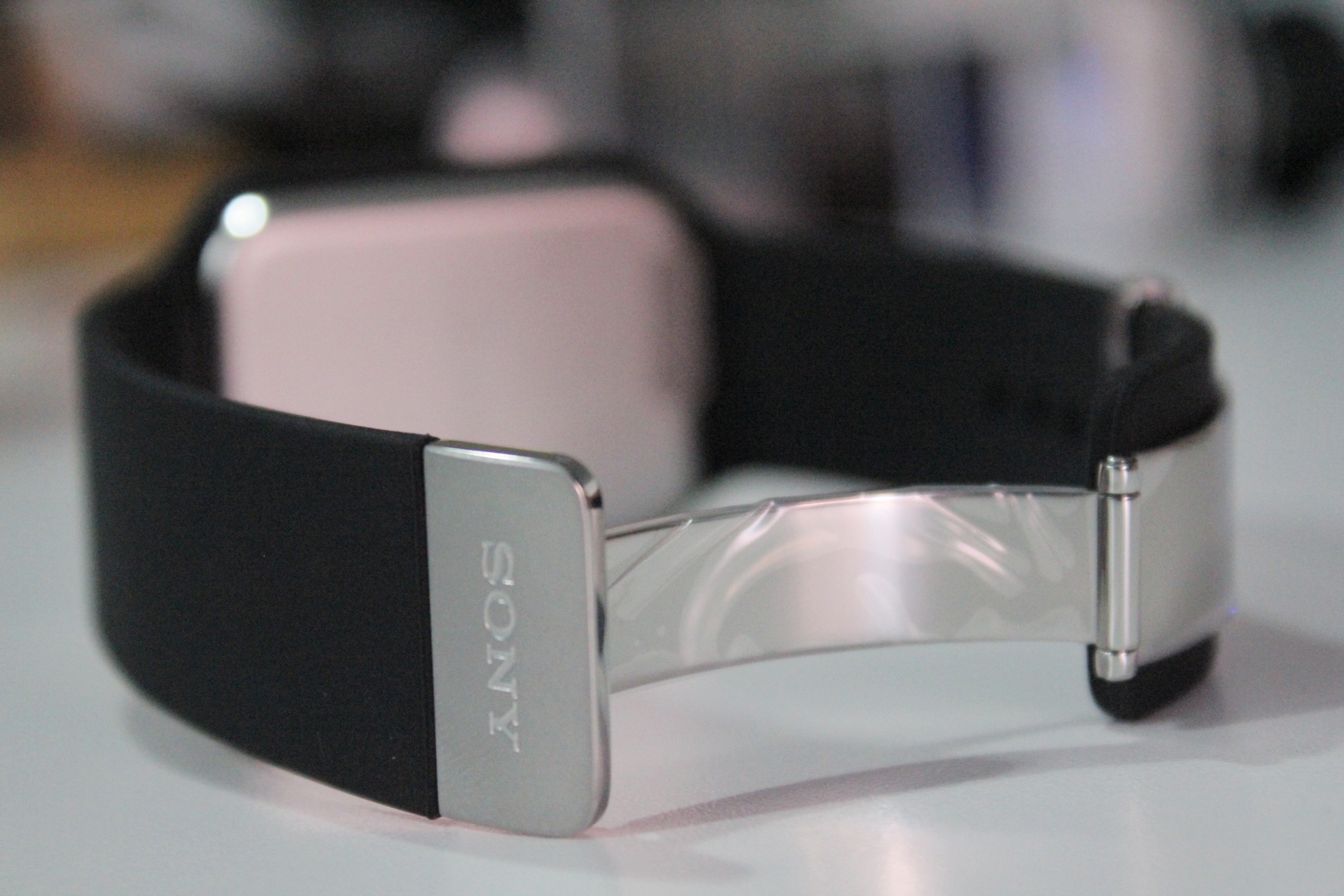 The strap has a massive range of adjustability too, for the tiniest of forearms to the freakishly large. 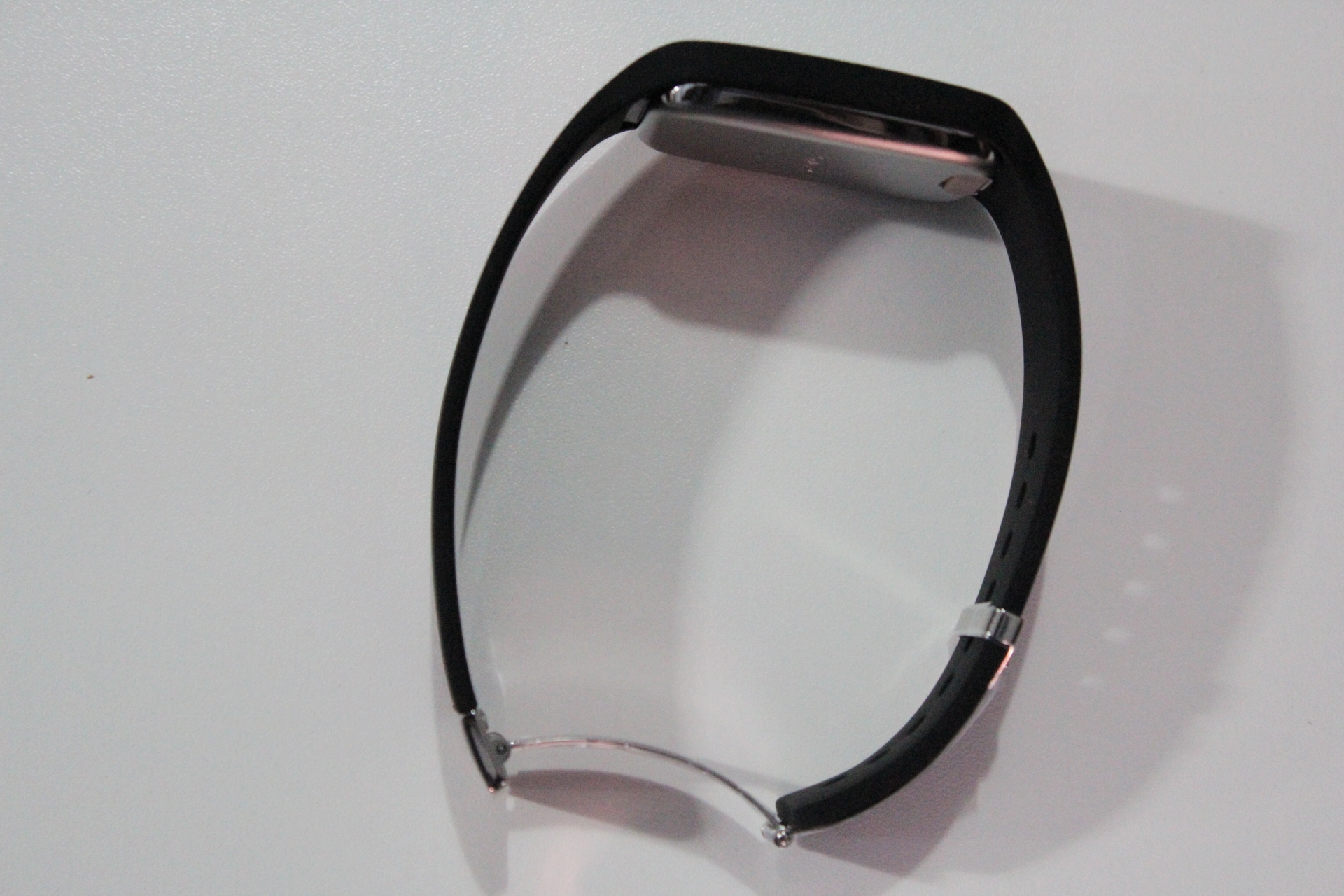 Unlike traditional watches, the SmartWatch 3, thanks to its taut rubber strap, tends to hold its shape when on the wrist. Often, that means it moves around quite a bit if it's not fastened correctly. 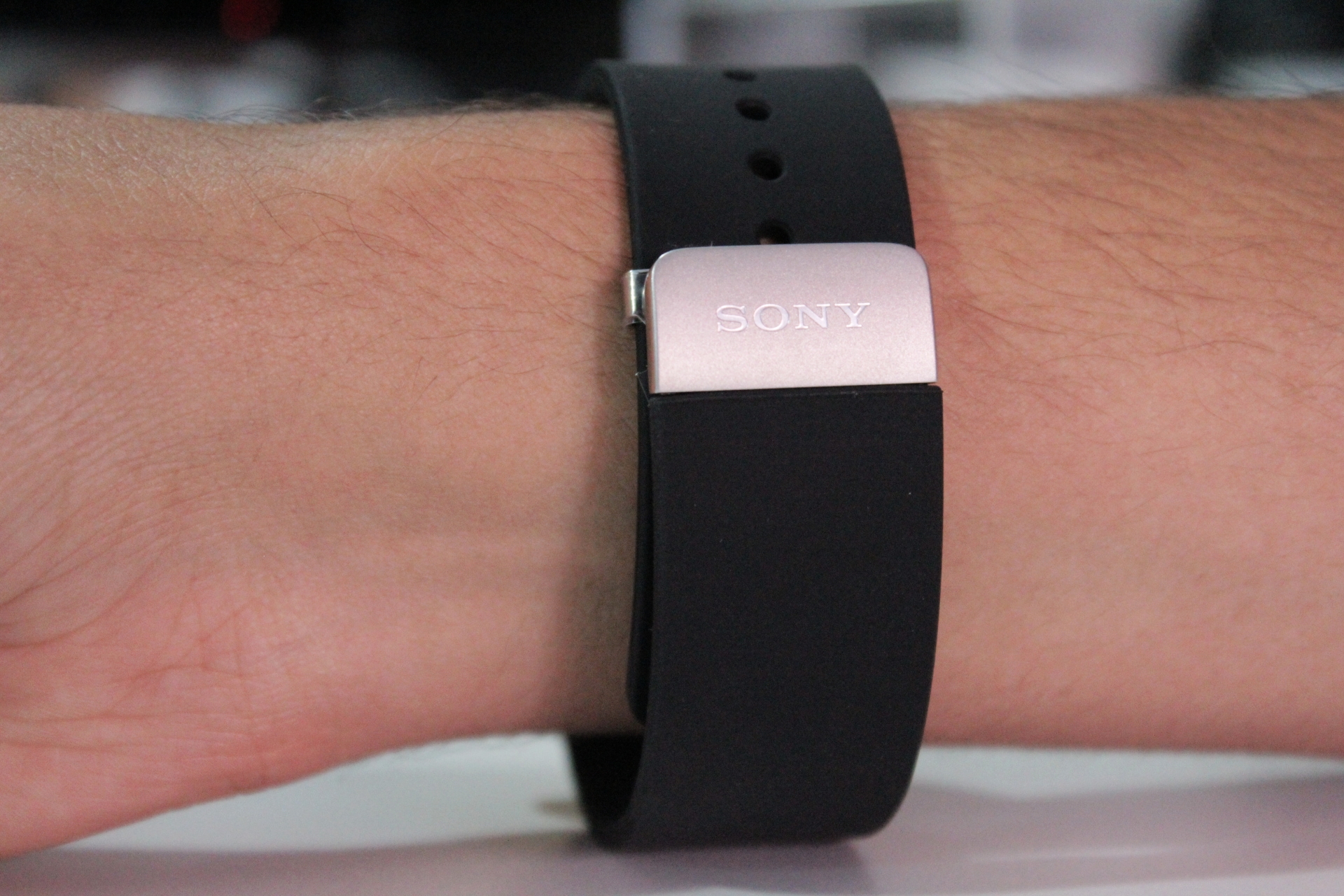 Nevertheless, it looks great on a wrist. It's about as understated as smartwatches come and this is definitely a good thing. 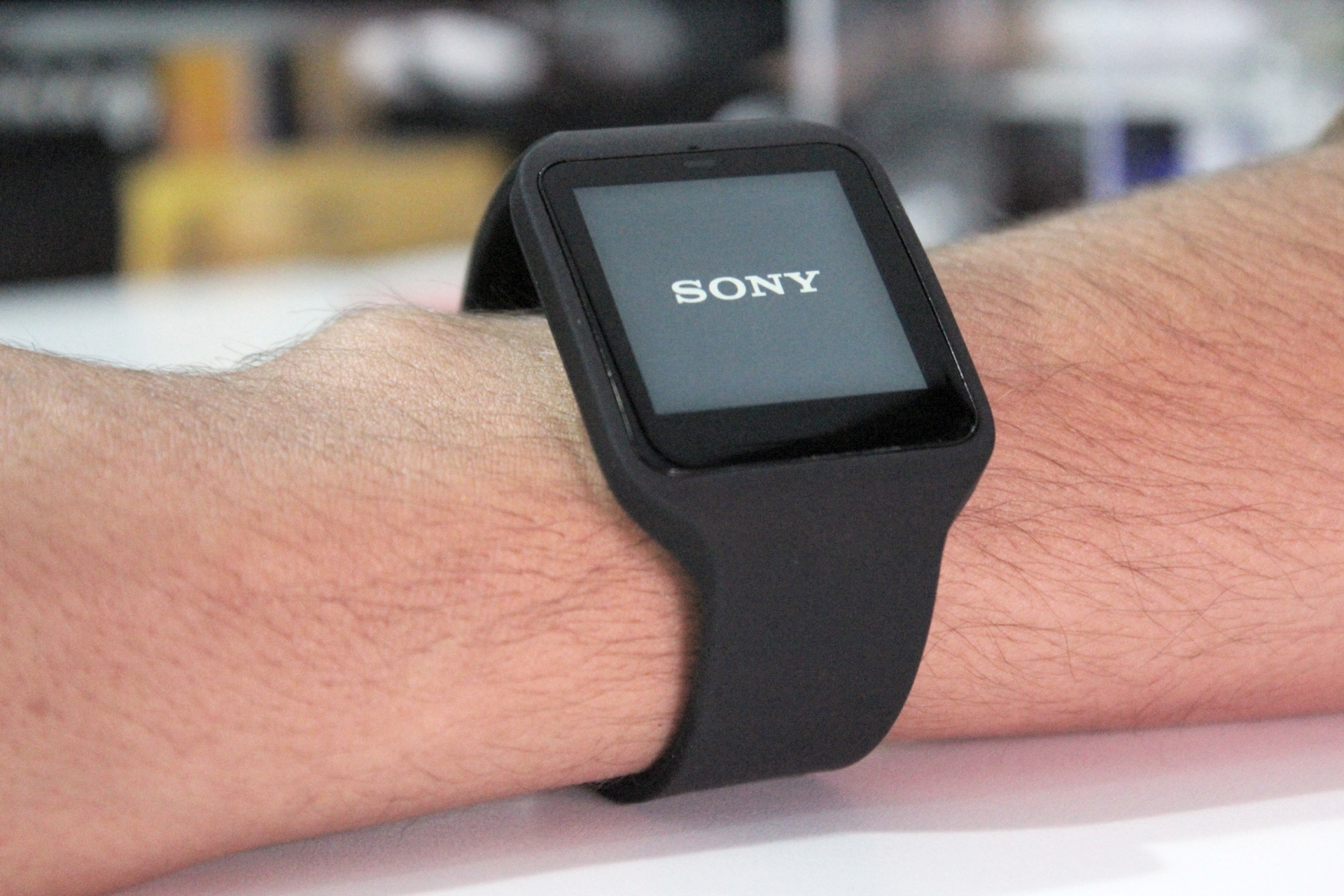 Switching it on (finally) reveals the sequence of screens, from the Sony logo to the Android Wear screen later. 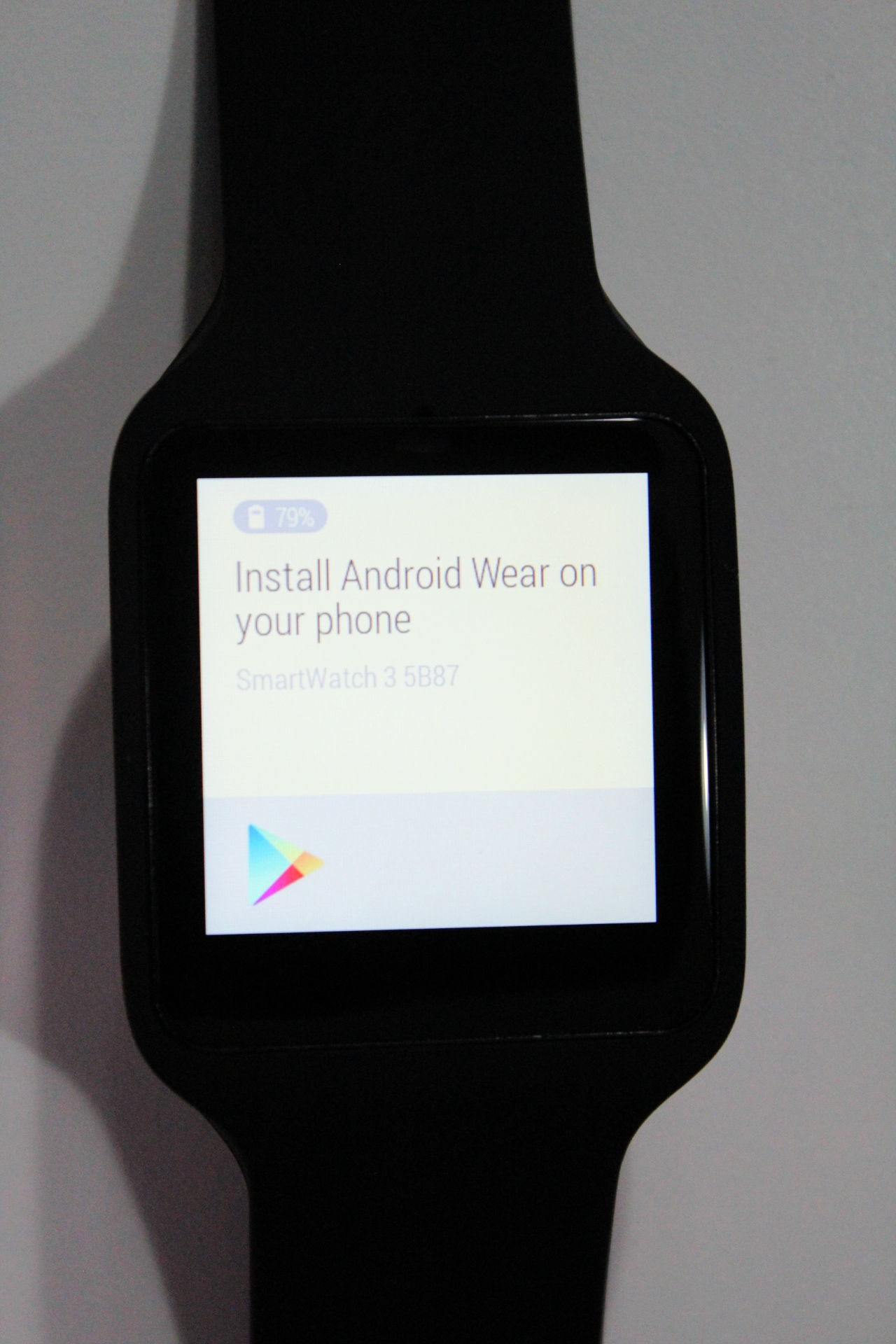 If you haven't paired the device with a smartphone yet, or if the Bluetooth connection happens to be off, you'll be greeted with this message. It's nothing to worry about though. 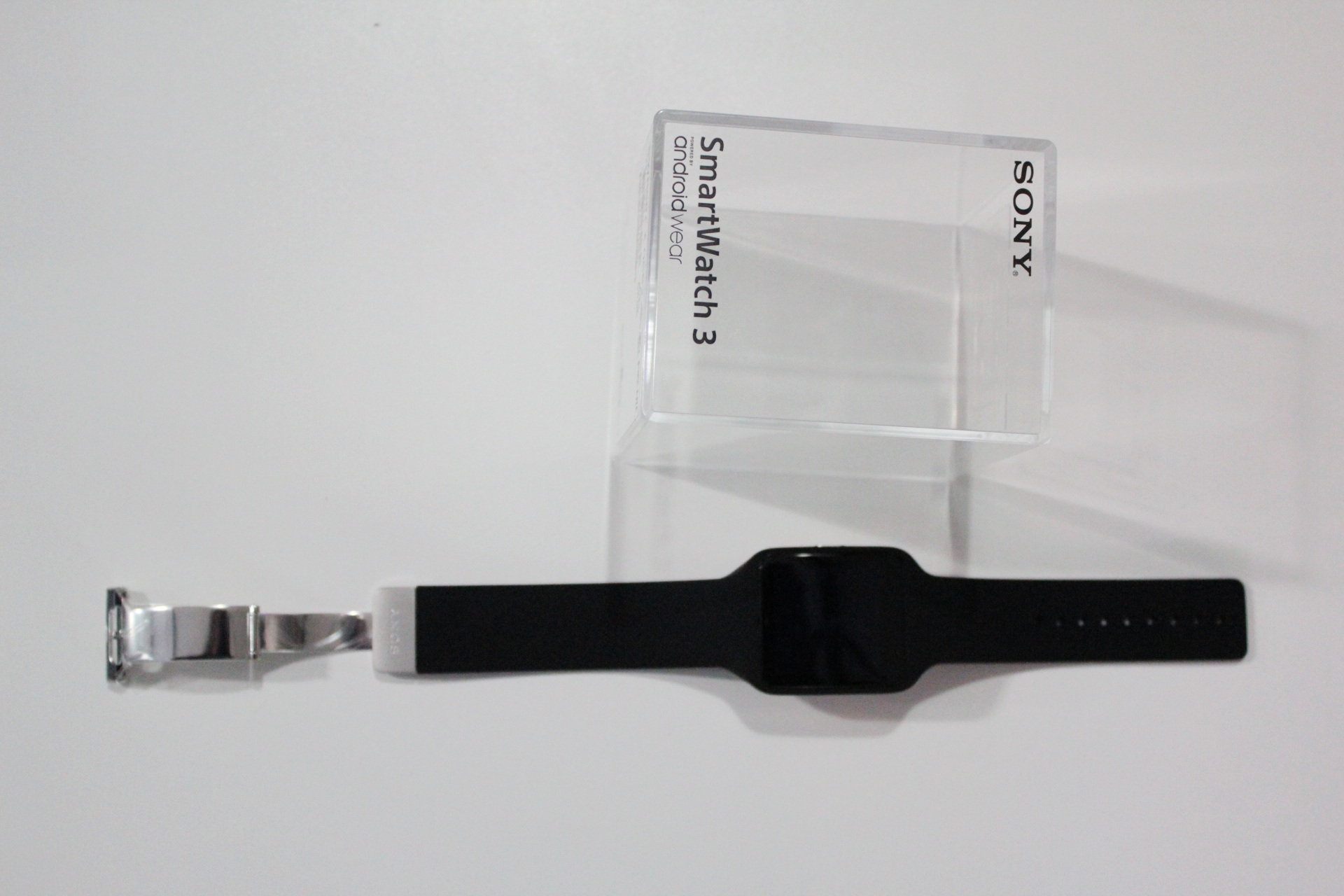 The least glitzy Sony product ever? We may have a winner. 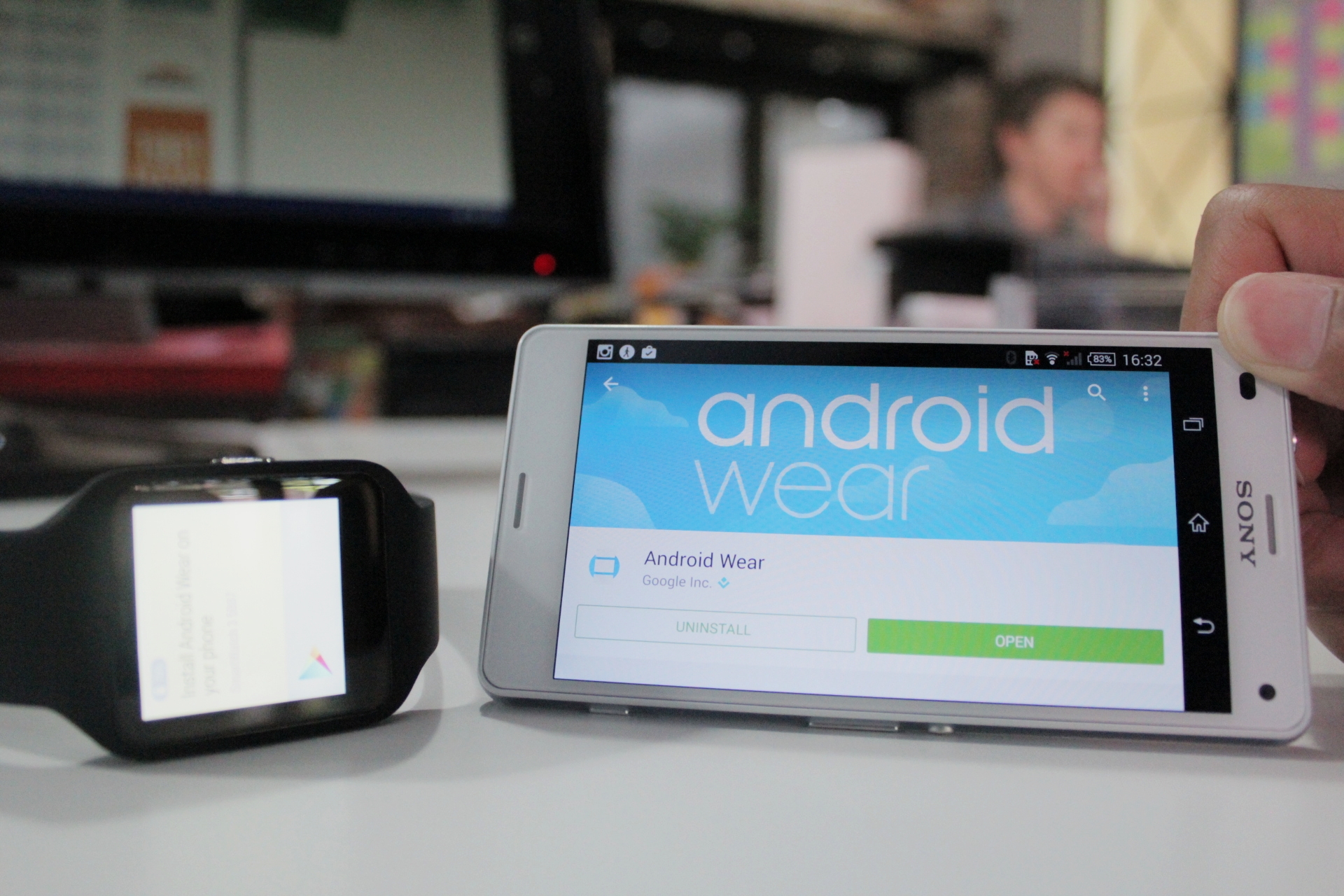 Standing next to its Sony Z3 Compact cousin, it's a beautiful but simple smartwatch. The screen may look washed out here, but it's not the case, indoors or in the brightest sunlight. 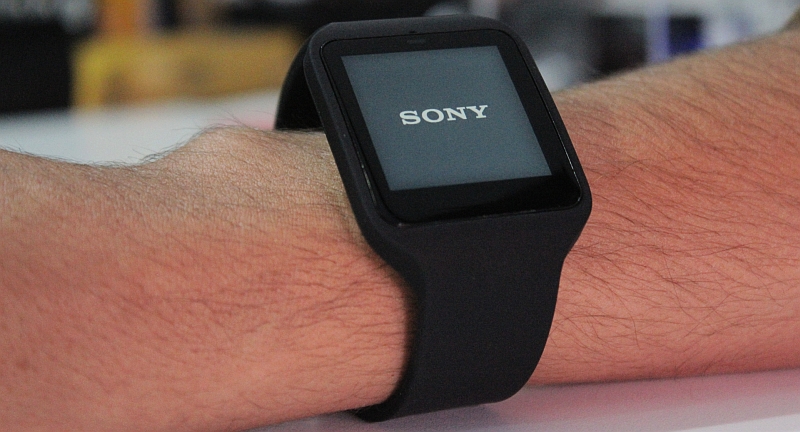 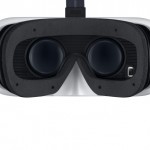