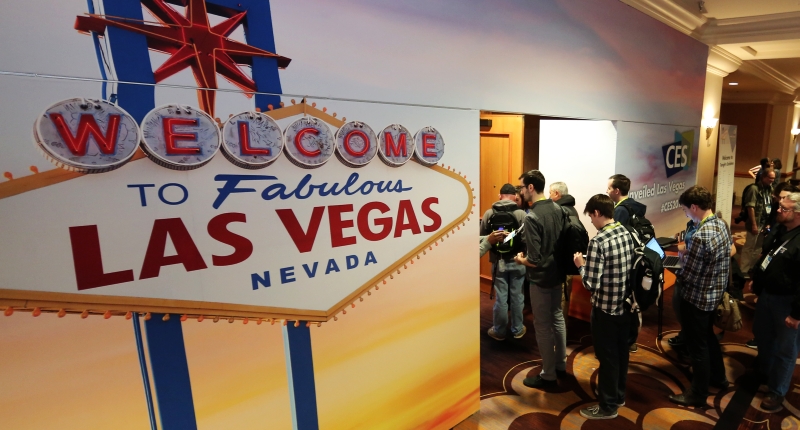 In case you missed it: CES 2015 roundup part one: from Acer to MSI

The earliest and (arguably) most important technology extravaganza of the year has come and gone, and while the theme of CES 2015 seemed to be wider, thinner and shinier is better, there were some genuinely exiting technologies that left our mouths agape.

Arguably, the latter half of the alphabet holds companies that have really set the bar high at CES 2015, but the customary onslaught of TV screens with more than a necessary quota of pixels were also abundant.

Apart from this annoyance, powering those screens also seemed an important part of the game at CES 2015.

In this section of the roundup, we profile some industry leading companies plying their trade in the field of graphics, screen technology, mobile technology, the smart home space and the internet of things.

And speaking of graphics… Nvidia has been releasing more competent CPUs recently, and not just graphics orientated silicon either. The company announced the Tegra X1 at CES 2015, that will make a play in the smart car arena more than the mobile devices sphere. It’s really interesting, because the Tegra X1 is supporting the most modern graphics technologies, including DirectX 12. It can also run Epic Games’ Unreal Engine 4 without so much as a sweat.

The company also revealed its smart car platform, competing directly against the likes of Qualcomm. Drive PX hopes to give cars their fair share of mobile processing power needed to drive themselves. Drive CX is an overhaul of the company’s infotainment plans, and if its anything as powerful as the Tegra X1, we could be looking at in-car consoles being the next frontier of gaming. Facebook-owned Oculus was also brings its plethora of VR options to the booths of the bored, and most interestingly, the Rift was used by many car companies. Yes, it does seem that CES 2015 was a car show in disguise.

Crescent Bay prototype came fitted with a VR Audio headset that allows wearers to experience audio in 3D too. Rather nifty.

Along with the usual quota of drones, Parrot also offered something for the photosynthesizing life on this planet, namely a self-sustaining Bluetooth pot for plants dubbed the Parrot Pot.

It suits those lacking green fingers or are away on extensive trips just fine though, as the intelligent pot can detect nutrition levels, moisture levels and, we’re guessing, comfort levels of its occupant and sprinkle it with love or water accordingly. Read the entire story here. Parrot also had lots to say about the future of their mini-drone range, with the Rolling Spider and Jumping Sumo offerings, which both look like hours of fun.

Qualcomm made some big steps towards 2015 and the future at CES, and no less with its 20nm Snapdragon 810 chipset finding itself in the bowels of the LG G Flex 2 smartphone. Previous rumours have suggested that the chipset has been suffering from overheating issues, so not all has been swell in the past six months. Do expect more handsets to adopt the chipset in the coming year.

The company, like Nvidia, also sees cars as the next mobile computing frontier and has responded accordingly. This seems appropriate too, especially with its deep involvement with the Formula E all-electric racing series. But the company’s not just stopping there: health monitoring, wearables, robotics, smart homes, the internet of things and smart cities are all fair game for the company this year.

Gaming peripheral stalwart Razer is diversifying nicely, and is even planning some big things in the wearables game. The Nabu X is the company’s “entry level” smartband that supports notifications, fitness tracking and some social functions. Featuring an OLED screen for notifications and its own Nabu Marketplace app store, the product can also plug into Android and iOS devices. It will be available for US$50.

Winning awards at CES 2015 was the company’s Forge TV micro-console, much in the same vein as Asus‘ and Alienware‘s compact machines but with less power. Razer CEO and founder Min-Liang Tan explains the logic behind the machine:

We successfully engineered a micro-console in an elegant form factor with sufficient power and connectivity required of hardcore gamers, with peripherals that uniquely enable high-performance gaming in a casual home environment. With the additional ability to stream movies and other media, and to play the best Android games directly on one’s TV, the Razer Forge is truly a micro-console for the next generation of gamers.

The device can play Android games and stream multimedia, thanks to a Qualcomm Snapdragon 805 chipset. And don’t worry, Razer also promises that it will “bring hardcore PC gaming into the living room.” We’re not quite sure exactly hardcore though, but chances are not quite on the level of more expensive micro-consoles.

Lastly, Razer’s gunning for Oculus with its OSVR virtual reality headset, which will be completely open source. You can read more about the product here. Samsung seemed a bit obsessed with television screens at CES 2015 including the ridiculous 8K 110-inch model, but there were plenty of 4K resolution screens abound too. They also boasted the sUHD standard (don’t fret, no one quite knows what the S demarcates), which is essentially a better version of UHD. TV technology promises to get a bit confusing in the coming years. The company has also noted that Tizen will be the OS of choice on its smart TVs, which will promise some degree of interactivity with other Samsung devices and around 700 apps for the TV user to enjoy.

It seems that Tizen will be a fixture in Samsung’s future, both for smartphones, TVs and possibly in the smart home.

What got me going though was the company’s new range of portable SSD drives dubbed the Portable SSD T1. They’re insanely small, pretty light and very expensive. US$600 for the 1TB USB 3.0 drive, but the possibilities are promising for the future of mobile drive speed.

Drive-crazed Seagate has announced some more mobile data products at CES 2015, including drives with wireless capabilities, the LaCie Mirror drive slathered in Gorilla Glass 3 and a 7mm thin external drive dubbed the Seven, as you can see in the video above. As for the LaCie drive it’s a gorgeous specimen that comes in its own ebony stand and would look the part on any office. Thanks to the Gorilla Glass, it’s practically scratch-proof too. It can be had for US$280.

When Sharp is around there are usually lust-worthy TV screens around and CES 2015 was no exception from the company. Its AQUOS range of TV screens featured both 8K and 4K resolutions, with the former dubbed “beyond 4K.” Above is the 4K version and it’s absolutely gorgeous.

Sony revived the Walkman at the conference, but its probably well out of most potential customers’ price range at US$1200. Read more about it here. And, considering that this is CES 2015, there was an entire range of ultrathin TVs on show too.

The company didn’t release its Xperia Z4 smartphone at the show, which for us was a bit of a disappointment. Nevertheless, companies like Nyko released addons for the PlayStation 4 console, espcially the Data Bank that adds 3.5-inch drive support to the console for up to 6TB worth of storage. Nifty.

Add a gentle sprinkling of wearables and smart home entertainment appliances and you have Sony’s booth. Read more about that here. More TVs, this time from Toshiba. The company also released a few Broadwell-based ultra-mobile devices, but they played second fiddle to the screens.

The Portege Z20T gave those not interested in screen sizes some much needed respite, with its ultra-portable, detachable 11.6-inch screen.

The biggest Xiaomi news? The Mi 5 (the company’s eagerly anticipated smartphone) was not launched at CES 2015. Instead, we could see it arrive a little later in the year at MWC.

ZTE launched some interesting if slightly puzzling smartphones at CES 2015.

The Grand X Max is one such example that allegedly maxes out every feature possible. This isn’t quite true.

Although the phone has a massive 6.0-inch screen, it also uses Qualcomm’s terrible Snapdragon 200 SoC (the same used in the MTN Steppa 2), which has shoddy power management and lacklustre performance. Nevertheless, user reports thus far have been positive.

Apart from smartphones, ZTE also showcased its smart projector called Spro 2. It runs Android 4.4.2, features a brightness of 200 lumens and can beam a 720p image onto a screen at a distance of around three metres. Thanks to its display, users can also browse and play movies directly from an SD card without the need of an input source (like a laptop). 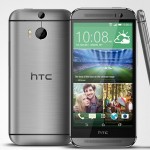