By Wiehahn Diederichs
Read nextNew ‘Nintendo 3DS XL’ coming to US on 13 February? 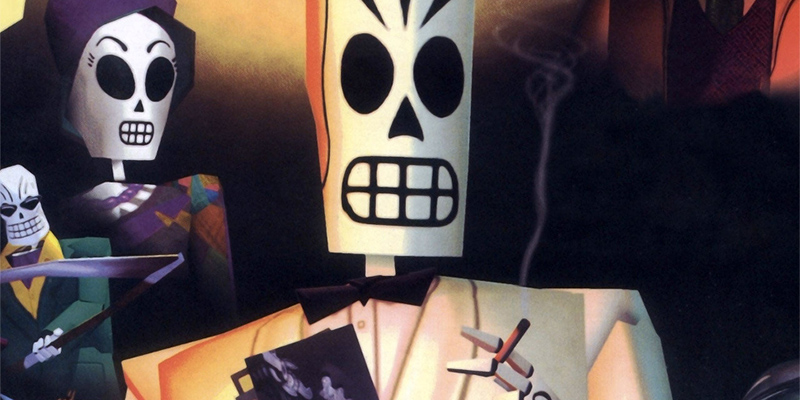 On 27 January 2015, Planet Earth will bear witness to a truly magnificent event. Presidents will make speeches, Kings and Queens will bow while the rest of the world gathers in unified celebration.

Okay, admittedly none of this will probably happen. But it should. This special day is the release date of Grim Fandango: Remastered on PlayStation 4, Vita and PC. If you have not yet heard of this game you are either a 21st Century kid or a cave-dwelling hermit. Or just really old.

For those of you who are aware of this precious piece of history, may this article fill your bones with nostalgia. For those sad few who aren’t, may these words enlighten you and make you see why Tim Schafer is a god among men.

Grim Fandango is a narrative driven adventure game with strong dark comedic and neo-noir influences. In keeping with the tradition of other LucasArts adventure games, the game play consisted mainly of conversations with other characters and examining and collecting objects, all in the pursuit of solving the grand mystery.

This was usually combined with a thrilling narrative, of which Grim Fandango was among their best, receiving critical acclaim for its creative and intriguing plot.

You play as Manny Calvera, an after-life travel agent who books travel packages for the recently deceased to the Ninth Underworld, their final destination in the The Land of the Dead. Those who have lived a kind life receive a ticket on the No.9 train, a speedy four minute journey. But those who have lived cruel lives are forced to walk, a gruelling and much lengthier four year journey. The problem is that Manny has recently only been receiving the bad apples of the bunch, putting him on the verge of losing his job and in the firing line of his dictatorial boss.

That is until the arrival of Mercedes Colombar, the purest heart the agency has ever seen. But somehow the booking system says that angelic Mercedes does not qualify for the No.9 train, something Manny knows must be a mistake. He starts to investigate and in the process uncovers a massive and twisted conspiracy that will take him on an adventurously eccentric journey across the Land of the Dead.

It all started with one man, Tim Schafer (Psychonauts, Brutal Legends). Schafer was busy working on Full Throttle (1995) when he was toying around with the idea of doing a game inspired by Mexico’s Day of the Dead celebrations.

In his personal designer diaries, Schafer said this:

I had part of the Fandango idea before I did Full Throttle. I wanted to do a game that would feature those little paper-mache, folk art skeletons from Mexico. I was looking at their simple shapes and how the bones were just painted on the outside, and I thought, ‘Texture Maps! 3D! The bones will be on the outside! It’ll look cool!

Soon after completing his work on Full Throttle he jumped straight into developing his new brain child. The game was almost whole-heartedly inspired by the Aztec folklore and their beliefs of the afterlife, but he also incorporated other strong influences such as the darkness of the Neo-Noir film genre and the eccentric visual style of Art Deco. Bit by bit his imagination constructed the game, combining the elements of these influences into a single idea. The Aztec’s four-journey in the afterlife became the basis of the game.

Then I thought, what role would a person play in a Day of the Dead scenario? You’d want to be the grim reaper himself. That’s how Manny got his job. Then I imagined him picking up people in the land of the living and bringing them to the land of the dead, like he’s really just a glorified limo or taxi driver. So the idea came of Manny having this really mundane job that looks glamorous because he has the robe and scythe, but really, he’s just punching the clock.

Schafer said in an interview with the San Francisco Chronicle.

Schafer teamed up with artist Peter Chan (also worked on Full Throttle) who visualised Tim’s ideas into concept art that would be the reference for the developers to create the game. Chan did a brilliant job of turning Schafer’s ideas into reality. He expertly integrated Tim’s Aztec and Film-Noir themes into the art. He also brought in other influences such as the work of Ed Roth, whose dark and eccentric art style inspired the game’s hot rod designs and demon characters.

Although a plethora of films were used as inspiration for the game, Tim Schafer notes that Double Indemnity and Casablanca had the strongest on the final product. The game became LucasArts’ first title to boast 3D computer graphics (3D characters on a 2D background). The developers built the entire world out of 3D models that would then eventually be rendered as a static 2D image. This allowed them to render the scenes from different angles, as a process of trial and error, without waiting for an artist to draw the new angle each time.

Finally after a three year developing cycle the game was finally ready for release.

Grim Fandango was originally set to be released in the first half of 1998. But it was the auspicious date of 30 October 1998, the eve of Halloween and precisely a week before the Day of the Dead celebrations (Nov 2), that it would finally be released by the late game developers, LucasArts.

Even though the original release date had been delayed, Tim Schafer said that they had to drop a tremendous amount of characters, puzzles and content that was part of the original design including a climatic puzzle conclusion against the games antagonist, Hector LeMans. He also said that to achieve their original vision for the game would have taken at least another two years. Grim Fandango did receive some harsh reviews. Some reviewers said that it had too steep of a learning curve; its user interface was annoying, the camera angles were strange and that it had annoyingly long loading times.

But these unkind words were drowned by a great wave of critical acclaim. Grim Fandango went on to become one of the highest rated games of all time.

This was eventually followed by a string of awards.

From a gaming standpoint, Grim Fandango was an amazing gaming title in every way. But unfortunately from a financial standpoint the game did not fare very well. It ended up being such commercial failure that LucasArts entirely abandoned its adventure game department. And being the leaders in the adventure game genre, it contributed to the fall of the entire adventure game industry. That and the rapidly rising interest in action games. But the best part is still to come. Watch this space. Our preview of Grim Fandango: Remastered lands next week. 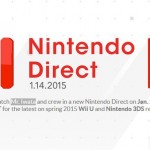