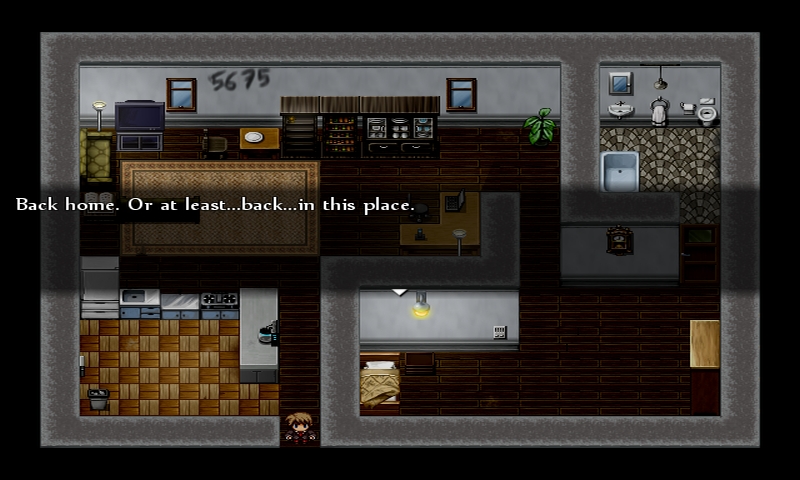 A little while ago my editor presented me with a Steam bundle of games. “I thought you might want to check them out,” he said. “Let me know if you can perhaps scrape out a review for them.” As a loyal subject to my Lord Editor, and the honourable circle of Gearburn, I complied.

One by one I tried the titles and with each one my frustration grew. Yes, some were admittedly moderately fun, most just bearable and a few didn’t even work. That was until I came across one game, the last of the bundle.

This game was Wait, a horror mystery game by Rest.less Games (stylised as rest.less, for reasons mentioned below) “inspired by the works of H.P. Lovecraft and Silent Hill.”

At first glance it seemed like a typical Nintendo RPG, but I wasn’t some magic wielding warrior in a distant world and time. I was an average no name in a little mundane apartment. Even though, within minutes, I was completely absorbed and didn’t even realise that I wasn’t playing the latest blockbuster Triple A.

The story was so compelling and the world so easy to relate that it quickly became my reality. The environment was remarkably interactive, the background music moody and atmospheric and the character so believable that might as well have been me. You play as a simple man who lives in a simple apartment. Boring right? Not in the slightest. On one of the walls of this apartment there are four mysterious numbers written on the wall. The man does not know who wrote it and why, just that one he woke up and it was there and that he has tried everything to get rid of it.

In his pursuit of solving this mystery he inquired in numerous internet forums what the nature of these numbers are. He doesn’t receive any concrete replies but he does get an email from an old friend, a police officer. His friend tells him that he did research on the apartment and discovered that is was host to several mysterious suicides and disappearances. What follows is a eerie series of event including waking up in the middle of the night to find that my entire apartment had changed shape.

But after about 10 minutes of game play the game abruptly ended. I was left with no conclusion or closure. I sadly realised I was only playing a demo. But a few Google searches later and I discovered that the developers were working hard on finishing the final product of the game, Wait: Extended. My faith in the world was restored.

Needless to say, my editor and I decided to drop the bundle review and do a preview on Wait: Extended and interview these indie game visionaries. Below is the result of the correspondence that followed.

Gearburn: Tell me more about Restless games and how it started?

Rest.less Games: We thought about creating our own company years before we actually did it. It was just a “crazy idea” at that time, but this idea was born out of discontent with today’s gaming industry. We, being two friends, sat at home trying to find a video game we could enjoy, which was really hard at that time. At some point we said: “That’s it. Let’s just create our own game.” And so we did.

No one got to play it except for a few friends, but it led to the decision of creating “rest.less Games”, which is short for restrictionless Games. We chose it because we don’t want to settle on a certain genre, try to see things from a different perspective and maybe sometimes break with traditions.

GB: How big is the developing team and what is your background in the gaming industry?

RG: Well our team consists of 6 members, but only two of us (the two founders) are really doing it fulltime, while the others are freelancers.

Currently the team is:

Before rest.less Games, four of us worked in different gaming companies in Hamburg, Germany, where we gained a lot of experience in what it means to create games. Our artist is actually doing something completely different for a living, but has always seen art as her hobby and she enjoys games a lot, that’s why she is working with us. And last but not least our Sound Designer is actually quite new, but does not have a gaming industry background either. He has composed a lot of music under the alias “Cloudjumper” and has always had a fable for games as well. Of course he could have done the music for “Wait” too, but I just have to do it myself, so I can create every scene or moment like I imagined it in my mind.

GB: The original Wait was created as part of the 2014 Indie Games Contest. What made you decide to take it to the next level and create Wait: Extended?

RG: The contest was restricted to a developing time of four weeks. We just didn’t feel like “Wait” was really completed after submitting it to the contest. We had so much more in mind we just couldn’t implement because of the time limit. Furthermore people seemed to really enjoy the game, but many complained about how short it was, and we really want to give those people more of “Wait”.

We read a lot of feedback in which people said something like: “I wish they had alternative endings.” and similar things, and I always thought “I know, I know. I wanted to, but we didn’t have time.”

Thus, an extended version had to be made. GB: So I’m a hardcore gamer with a beast of a PC. I rarely play anything but Triple-AAA titles with mind blowing action and mouth watering graphics. Why should I play Wait: Extended?

GB: Do you think that the general gaming population has become too obsessed with games that provide instant gratification rather than long-term satisfaction?

Gaming has become a popular entertainment medium over the last few years and has a much wider range of recipients. It’s no longer a niche product and therefore has to be like everything else nowadays: fast, simple, efficient. By “efficient” I mean satisfying.

Telling a good story sadly lost a lot of focus in the gaming industry these days. I’m not saying that no one does it anymore, there are many good developers out there delivering magnificent games, but you really have to search for them.

GB: I see that H.P. Lovecroft was a big inspiration for Wait. Why did you choose his work as inspiration? And do you feel books are a potent source of inspiration when it comes to designing a game?

RG: We have a big connection to H.P. Lovecraft’s works, because of a Pen & Paper group we played with “Cthulhu” for about seven years. The horror created in Lovecraft stories is a special kind of horror, that doesn’t rely on jump scares or violence. It is based on the fear of the unimaginable, which is a fascinating fear in our opinion and has been rarely used in video games. And yes, I think books are a wonderful source of inspiration. It’s just very difficult to convert all the feelings and emotions a book can describe. Books usually offer a certain level of detail, a movie or a game can hardly grasp. But I am convinced that we should try.

GB: What can you tell us about the life of an indie game designer?

RG: It is full of ups and downs, new experiences (like this interview), lots of problems, but a lot more of fun. Of course this is my personal experience. I constantly think about our projects, whether I’m creating, gaming, eating or trying to sleep. It’s hard to switch off, because no one tells you to do so. But I enjoy it nevertheless.

GB: What games do you and your team play in your time off?

RG: That would be quite a list, but I believe Starcraft 2, any Final Fantasy, and story-driven games like Bioshock: Infinite are the gist of it.

RG: I don’t think it will be any bigger than 2014. The hype for indie games has already started a few years ago and it’s still active, but it won’t particularly grow in 2015. GB: Is there any advice you would give to aspiring indie game designers?

RG: Be ready to make a lot of sacrifices, but enjoy the freedom of creating your own ideas.

GB: Can you give us an indication when we can expect to play the final version of Wait: Extended?

GB: And for our last and most anticipated question: If Naruto and Neo from the Matrix were to battle, who do think would win?

That would really depend on the time and place. How far is Naruto in his development? Is Neo already in his final state of enlightenment? Where would they fight?

In the Matrix Neo might probably win, although he’d still have to be very perceptive, because if Naruto was fast enough and Neo couldn’t see Naruto before he got to him, then Neo couldn’t do anything. After all acting in the Matrix is just a matter of mind, and if the mind can’t keep up with Narutos speed there is nothing you can do. But Neo probably could keep up.

In the real world Naruto would win though, because Neo just doesn’t have that power he has in the matrix. (Although the last movie suggests that he somehow does, but it’s too unclear to make a good statement).

Interesting question, I must add. It led to a big discussion in the office. Thank you.

Who do you think would win? Additionally, give the Wait: Extended demo a go on Steam here, and let us know what you think. 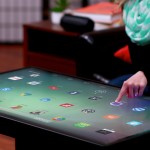