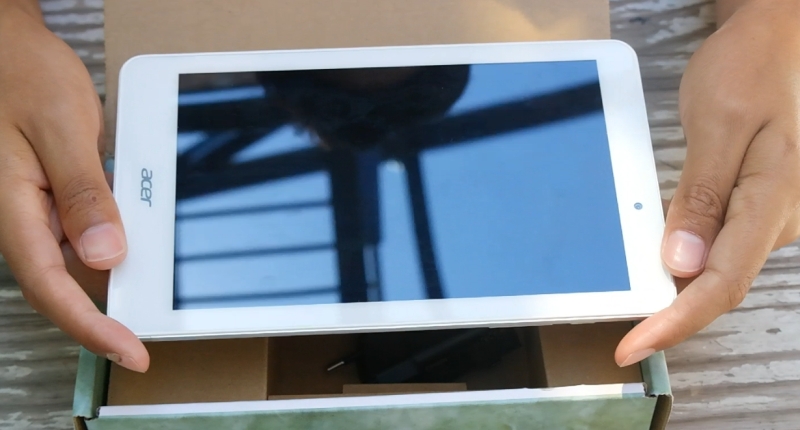 I enjoy getting gadgets to test for predetermined periods of time. Some I wish I could keep to dress in baby clothes and tuck them in at night. Others I want to toss in a fire and never hear from them again, unless its the crackle and sizzle of burning plastic.

The Acer Iconia Tab 8 is neither one of these, but that doesn’t make it an exciting prospect either.

As I recently pointed out in my Huawei MediaPad 10 Link+ review, the tablet genre is a tad stale, and no one (except perhaps Lenovo) is willing to change this.

Acer is no stranger to the tablet game or South Africa for that matter, but the Iconia Tab 8 feels like an entry-level device made by a newcomer to the market using the cookie-cutter that everyone else has been using.

It’s 8.0-inch screen is not 1920×1200 as suggested on the box, but 1280×800 as noted by AnTuTu. Although the box warned in pretty frank lettering “Do not trust me, I’m only a box”, it is the first thing a consumer notices about a product. Shouldn’t you craft a box for all models of the Iconia Tab 8, Acer, and not just rely on one to stuff all models of the same device in? Nevertheless, the screen isn’t anything special but the pixel density and viewing angles make up for that. Watching videos is an easy task on the Iconia Tab 8 too thanks to the Intel Atom Z-series CPU and its 1GB of RAM. The latter never feels enough, but at least the Atom pulls it through the muddier waters.

Speaking of muddy, the 8GB of storage that comes with the basic model (our test unit) was not enough, even for a two-week review cycle. Sure, it can handle two or three movies but at sub-standard quality. The MicroSD card slot saves its bacon, but regardless, Android devices should feature no less than 16GB of internal storage by default. Especially something at this price range (we’ll get onto this a little later).

As for the portability, the tablet is light and small thanks to its cutesy form factor, but hell if the battery lasts for more than two days. It is the most pressing issue on this tablet and to be frank I expected more from the Intel Atom series.

You can just about manage one movie’s worth of viewing before the warning flags flash up like an overzealous policeman at a road block. And this is even with the screen brightness turned all the way down.

Speaking of screen brightness, this is a bit ironic because it’s not bright at all. Using this thing outdoors promises to a mission of finding shade and preventing glare. Of course, there’s no way around this. Up the brightness and the battery falls apart. There’s just no win here.

What is promising is the tablet’s appearance — it’s a sexy little number and one that wouldn’t look out-of-place next to a Sony or an Apple offering. Additionally, its two camera — usually the biggest issue other than battery life on a tablet — are stellar. Snapping images with it should be a pleasure, provided you can actually see the screen. Video calling should be a breeze too.

Verdict: For less than R2000 (if you can find it for that price), the Acer Iconia Tab 8 is a great little buy. The battery life is rancid, the performance is good, the camera quality is excellent and the screen is perpetually dim in daylight. Nevertheless, the tablet itself doesn’t do anything memorably special. 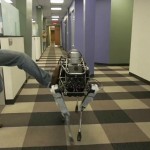