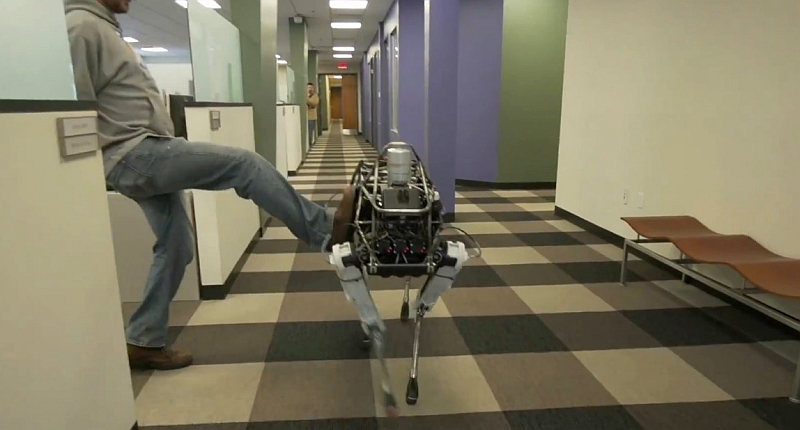 The robot apocalypse is (probably) coming, and no we’re not quite joking. Okay, perhaps we are, but consider how ridiculously slick and advanced robotic technologies have become over the last few years.

Google’s 2013 acquisition, Boston Dynamics, is at the forefront of this push, and scaring Elon Musk into the fetal position every night. If you are indeed Mr. Musk, you should look away now.

Boston Dynamics has moved one step beyond its Usain Bolt-slaying Cheetah robot by introducing “Spot“, a self-leveling, kickable robot modeled on the company’s larger BigDog quadruped. It, however, reminds us more of Bambi than a dog.

This is not a vessel to project wanton animal abuse, but traditional quadruped robots could be kicked and would subsequently fall over. Spot however self-levels and regains its balance, much in the same way a living creature would.

The trick lies in the sensor at the robot’s head, its mesh of electronic and hydraulic wizardry which allows Spot to traverse rather tough terrain, including stairs, inclines, forest floors and descents. Spot also has better balance than most human beings.

If you’re wondering what Spot could be used for, so are we, but we urge you to give us your best guess in the comments. 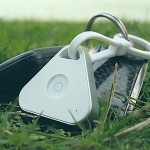