AMD‘s processing units usually don’t have the same respect for energy as other chip makers’ silicon, but the company wishes to change that when it launches the Carrizo APU line later this year. New technologies, processes and designs have emerged claiming to make the APU 40% more efficient over its previous iteration.

APUs, or system-on-chips (SoC), house both graphics and logical processing units in one chip, and are thus more practical for use in smaller to ultraportable devices, including tablets and low-powered laptops. This area has largely been dominated by Intel in the past, but AMD is hoping that Carrizo will rectify this.

So, compared to the likes of Kaveri, AMD’s previous stab at the APU game, how does Carrizo fare?

For one, it features nearly 30% more transistors than its aging brother (or 3.1-billion in total) and a set of new Radeon GPU and “Excavator” x86 cores that will boost logical and graphical power without increasing power usage.

With hUMA, the CPU and GPU share the same memory address space. Both can access all the platform’s memory and allocate data to any location in the system’s memory space. This coherent-memory architecture greatly reduces the number of instructions required to complete many tasks, thus helping improve both performance and energy efficiency.

The chip also boasts improved voltage control functions, and what AMD is calling “adaptive voltage and frequency scaling” which will “enable each individual APU to adapt to its particular silicon characteristics, platform behavior, and operating environment,” notes the company.

It’s claimed to increase efficiency by 30%.

So AMD has clearly taken our decade’s “green is the future” slogan to heart, but what does this mean for the company and its potential customers?

For one, it seems that Intel finally has an adequate competitor in the ultramobile processing space, which should speed up development and hopefully see price competition in the future. Additionally, it will help to mend AMD’s power-thirsty image, which has been the result of its more exuberant desktop CPUs and GPUs in the past. This technology could translate to gains in these spheres as well for the company.

Carrizo will likely see an official release a little later in the year. No exact date has been set by the company as yet. 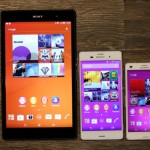