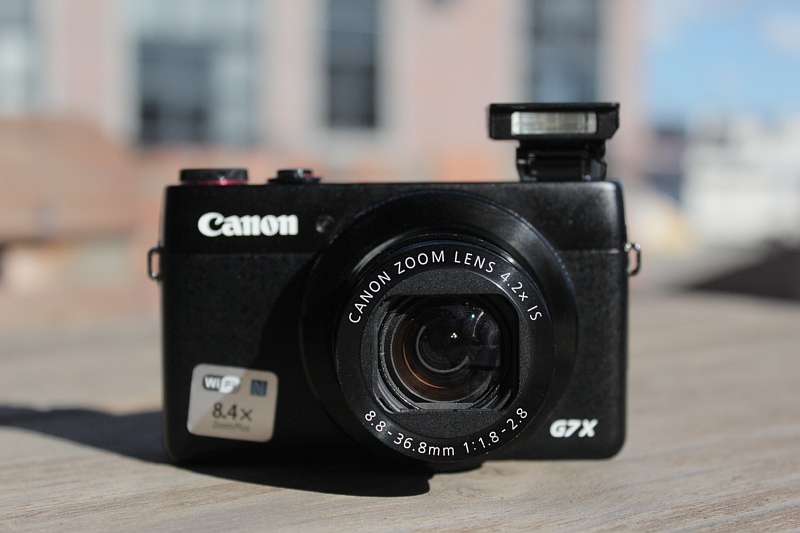 Canon releases some pretty badass digital cameras, in my opinion at least. The Canon 5D, 7D and their variants are up there with the best digital cameras in the world, perfect for both personal and professional photography.

These cameras can be out of reach for those with shallow pockets though or those not requiring high-end specs, and so Canon has been making some affordable digital cameras too.

For weeks now, I have been getting acquainted with the sexy Canon PowerShot G7X, and I’ve loved every minute.

Looking at all the cameras that Canon has produced, this is perhaps the company’s smallest range, after the PowerShot S series. It slots into pants and shirt pocket and disappears.

It sits on a palm and disappears with its lens telescopically shrinking and only expanding when the camera is on. Though the camera is a little heavy, it wins because it is small in size. It weighs 304g (about half the weight of a tablet, or double that of a smartphone) with the battery inside and measures in at 103 x 60 x 40 mm. With an ISO range that reaches up to 12 800, records video at 1080p/60 fps, A/V, digital USB data port, Micro HDMI port for displays, built-in Wi-Fi and NFC capabilities, RAW and RAW+JPG shooting, and manual exposure modes, this camera is best poised to compete out of its compact camera category. It really is jam-packed with features.

The camera snaps some incredibly deep images, rich and full of colour. Its depth of field awareness is also very good. Its intuitive feel is also an advantage, as many small cameras are not user-friendly at all. The LCD, which I must admit, messes up the camera’s distant Leica M front, I would have rather preferred it without the LCD screen or an option between it and a viewfinder, is mounted on a hinge that is on top of the camera and it swings upwards 180 degrees lifts up until above the camera. This allows for maximum and efficient selfies and video diaries. I cannot be bothered with either so this was completely useless to me until I wanted to take some creative shots. The four-way controller also offers controls for flash (which works only if the pop out flash has been released), Wi-Fi, and focus mode.

On top of the camera, the mode dial sits on top of the exposure compensation dial that can be toggled for exposure, and both dials have the diamond-knurled on the outside.

The shooting options are the usual, Automatic, Portrait, Manual, etcetera. I usually shoot on manual, and its easy to set this camera to do what you want. For those who enjoy the preset modes, they do an adequate job too for quick-fire snapping. When I did use the automatic mode, the camera handled the light well, compensating well for the dark areas by impressively crushing down the over exposed areas. However, the camera also features two nifty options, one called creative shot, which shoots multiple photos and then previews them with different effects and another dubbed “Hybrid Auto”, which records sound after taking the image and then mix the two together into an image with sound for preview.

There are two zoom options on the camera too: one fitted against the camera, on the back of the lens and the other, is the old school gentle hold of the shutter button. At the base of the camera you’ll find the battery, card compartment release and a base plate.

All nubs and knobs, including the rings, zoom wheel, aperture scroll, and the base of the LCD and the battery/card release are great to grip and runs ones finger whilst waiting for the subject to move into the right spot for a photograph as they all have the same diamond knurling. 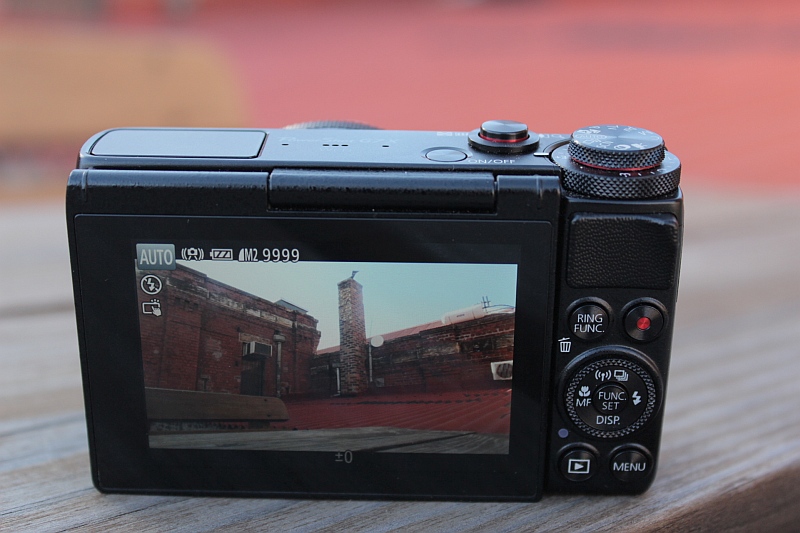 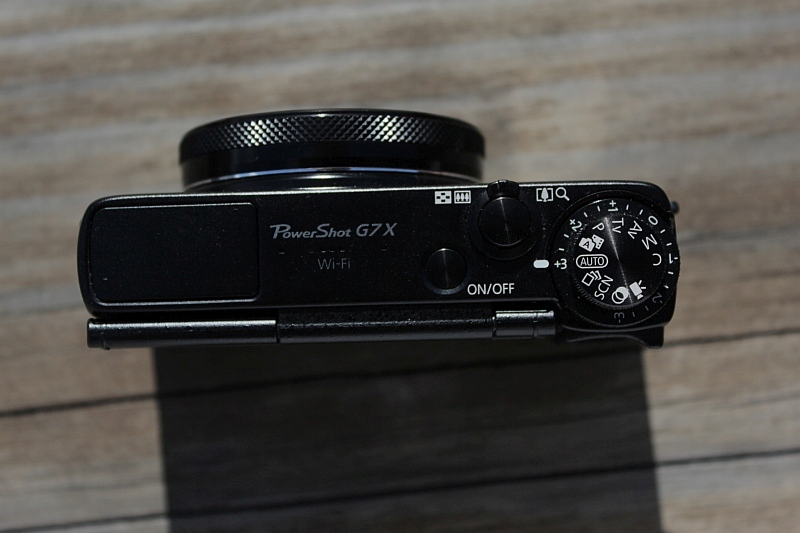 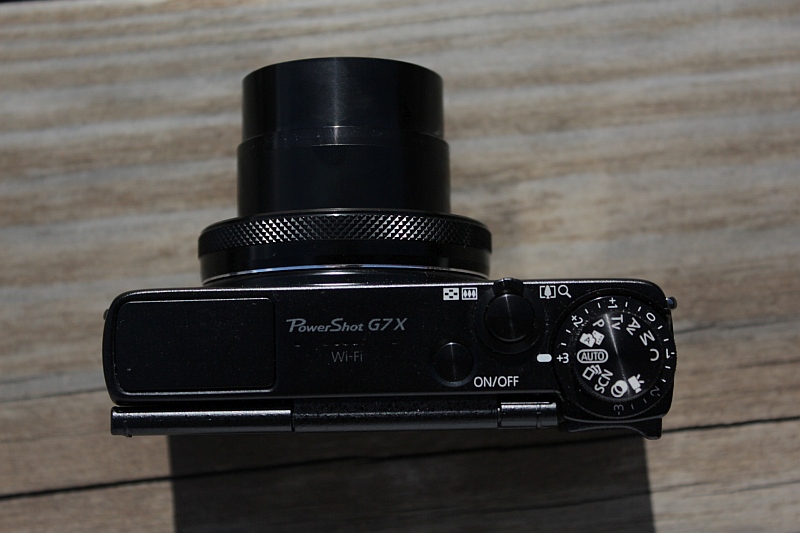 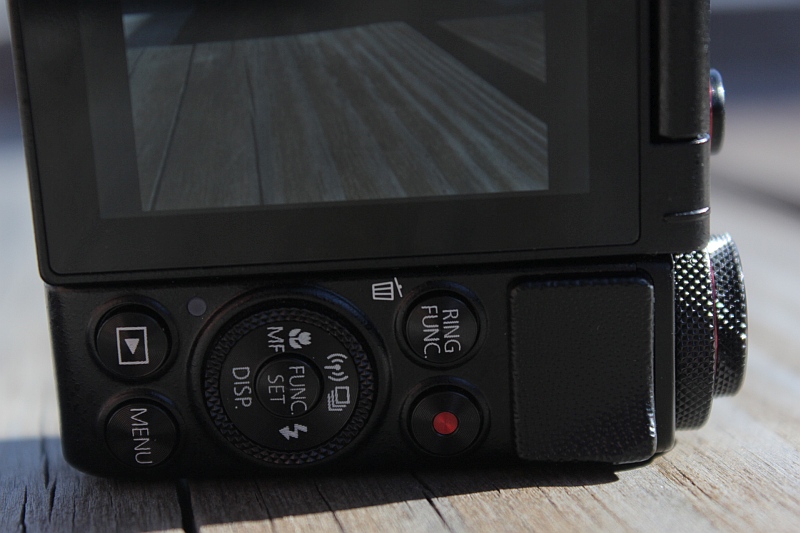 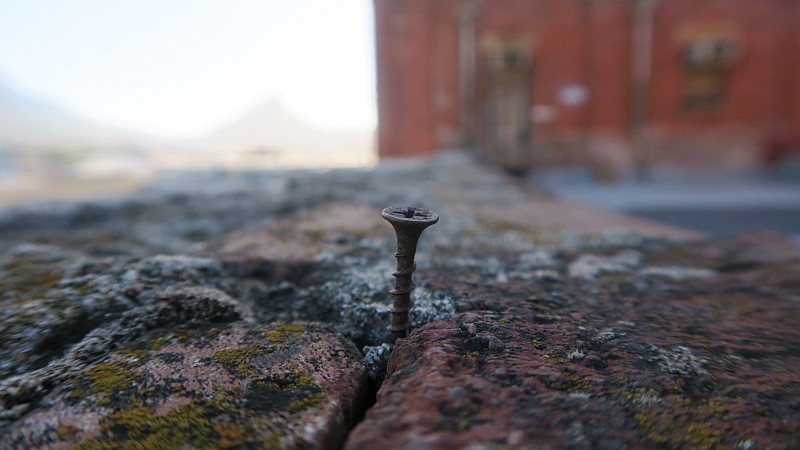 Probably the best picture snapped with this camera, demonstrating the depth of field control. 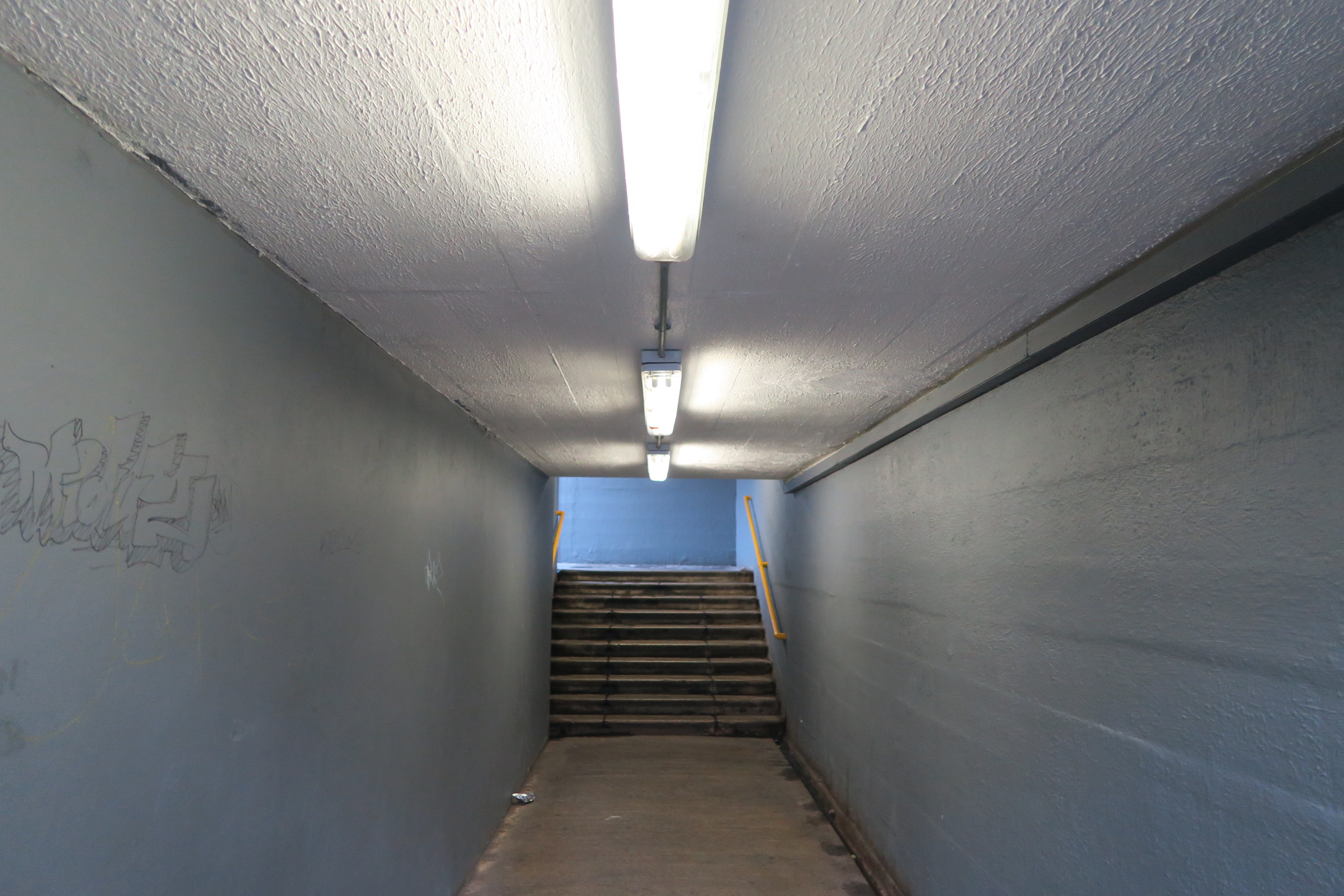 Autofocus works a treat, even in over-exposed environments. 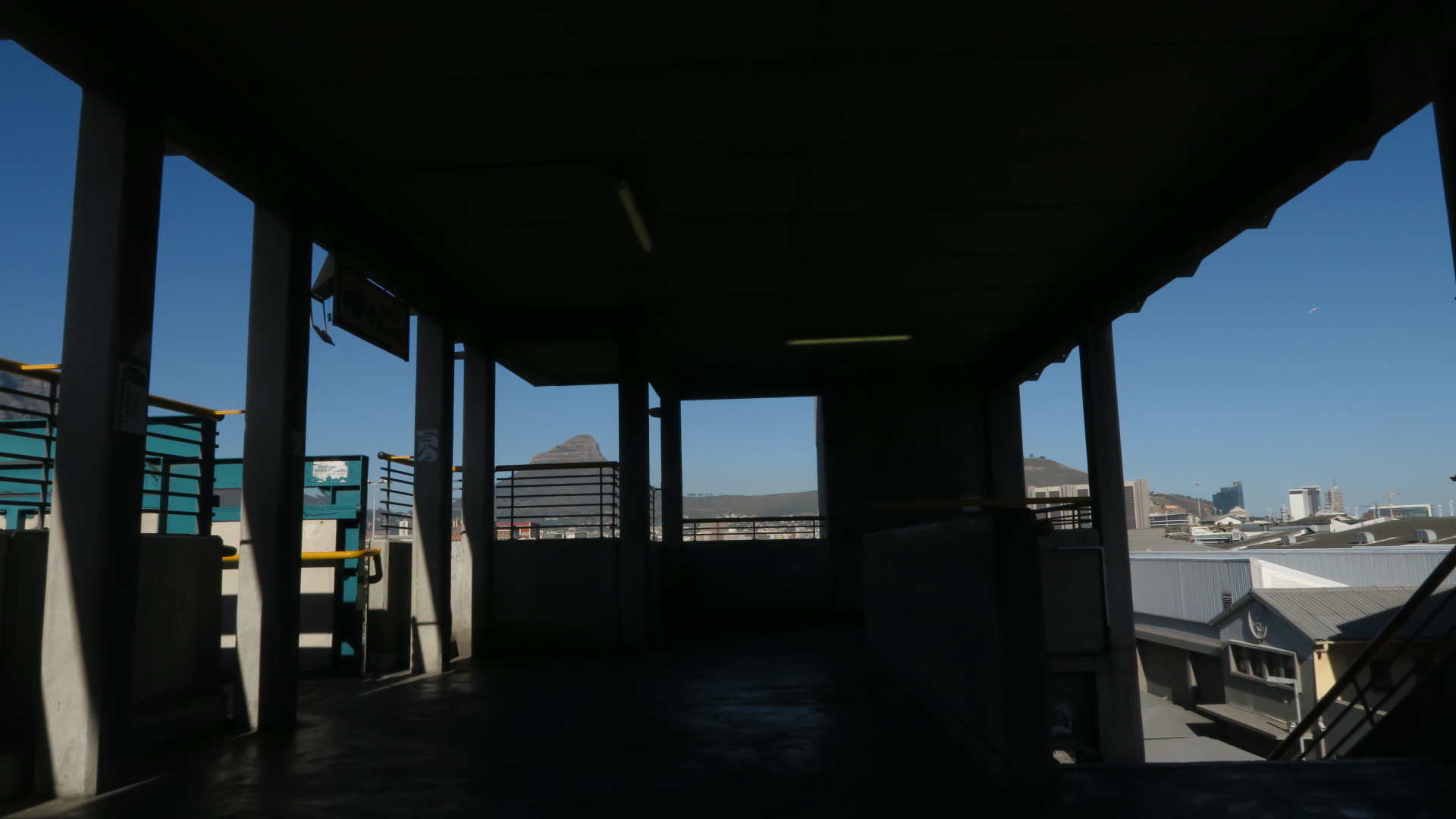 Light balance will always be an issue when snapping bright vistas from dark spaces. 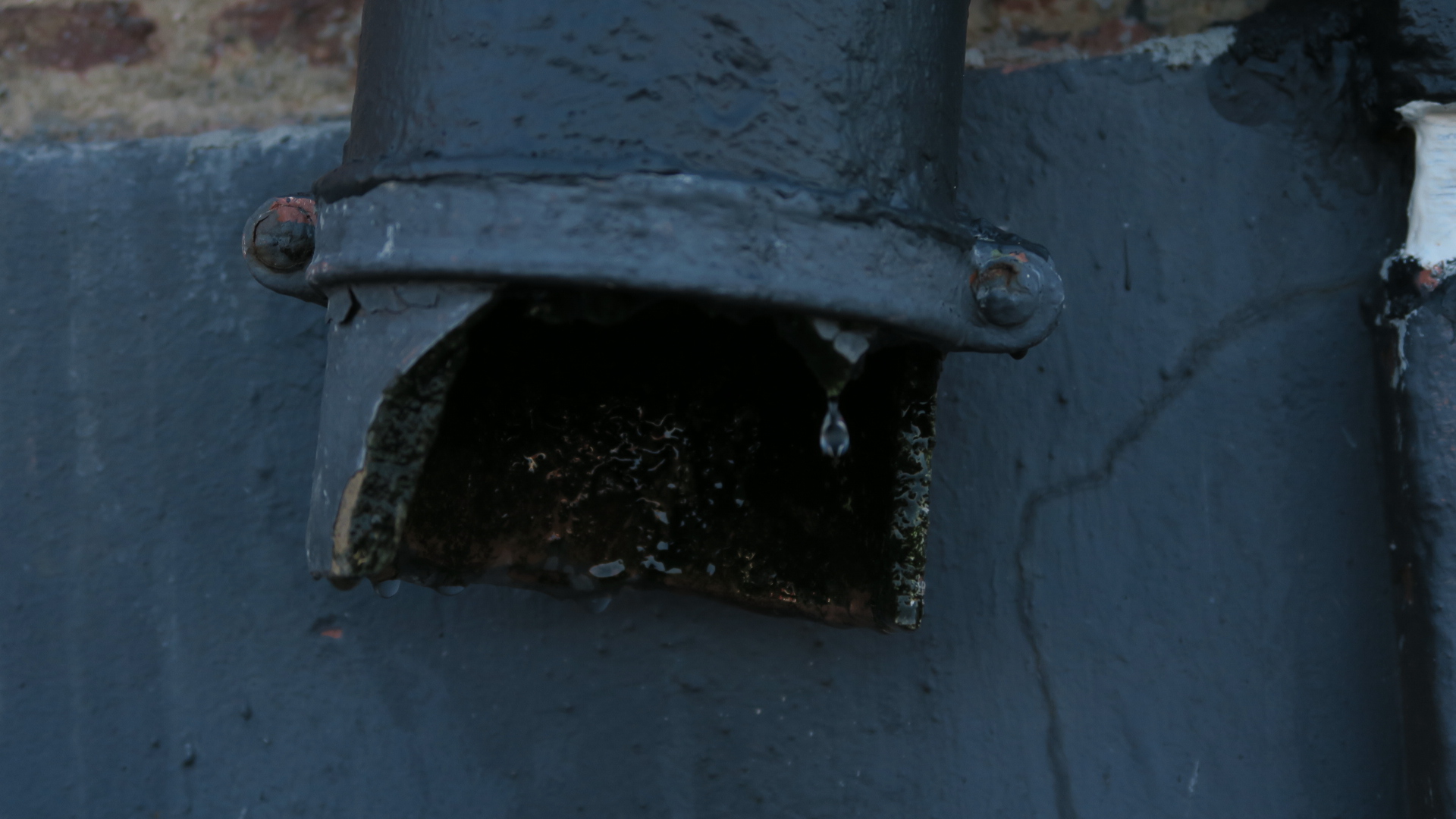 Closeups are handled with precision. 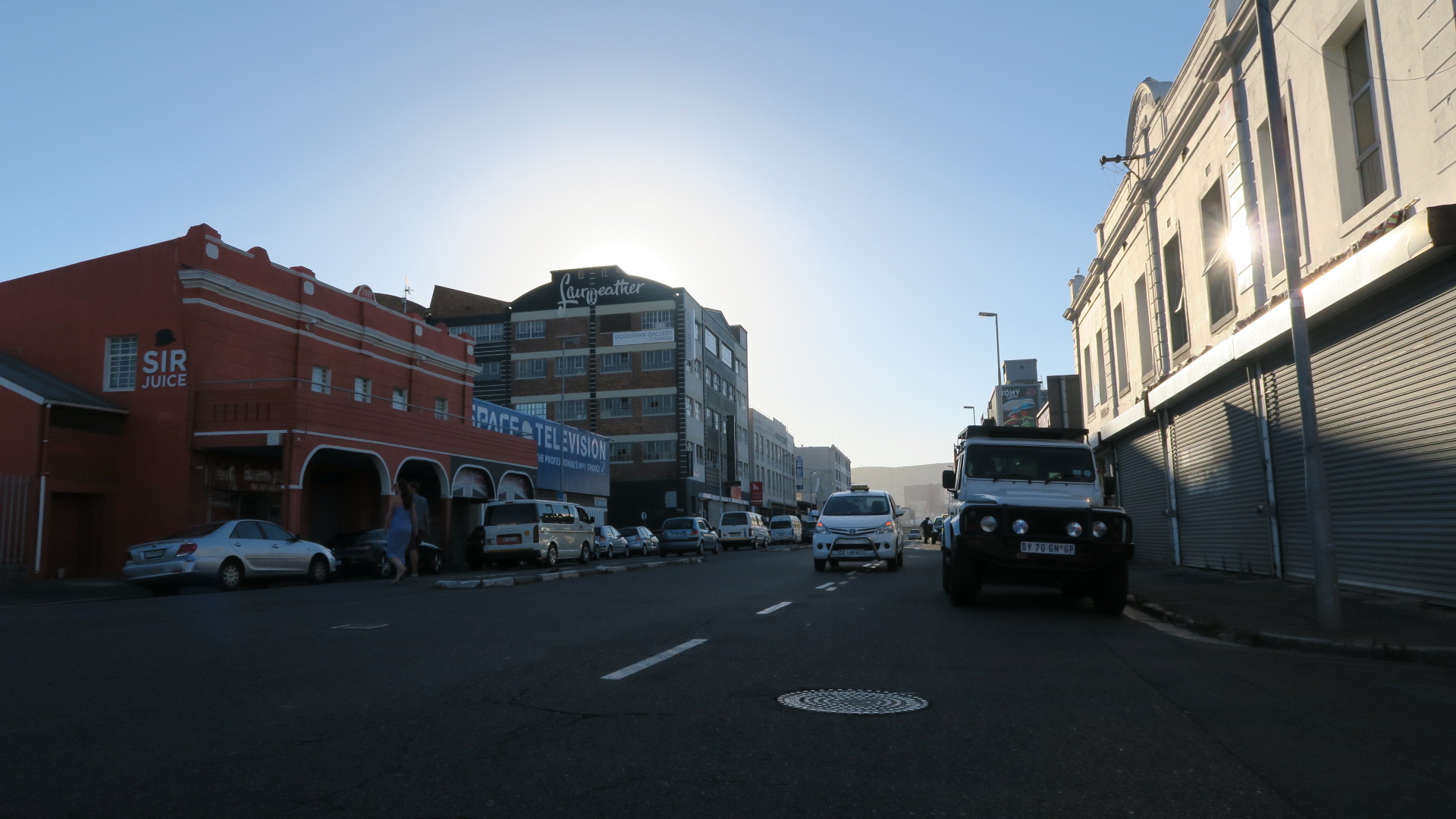 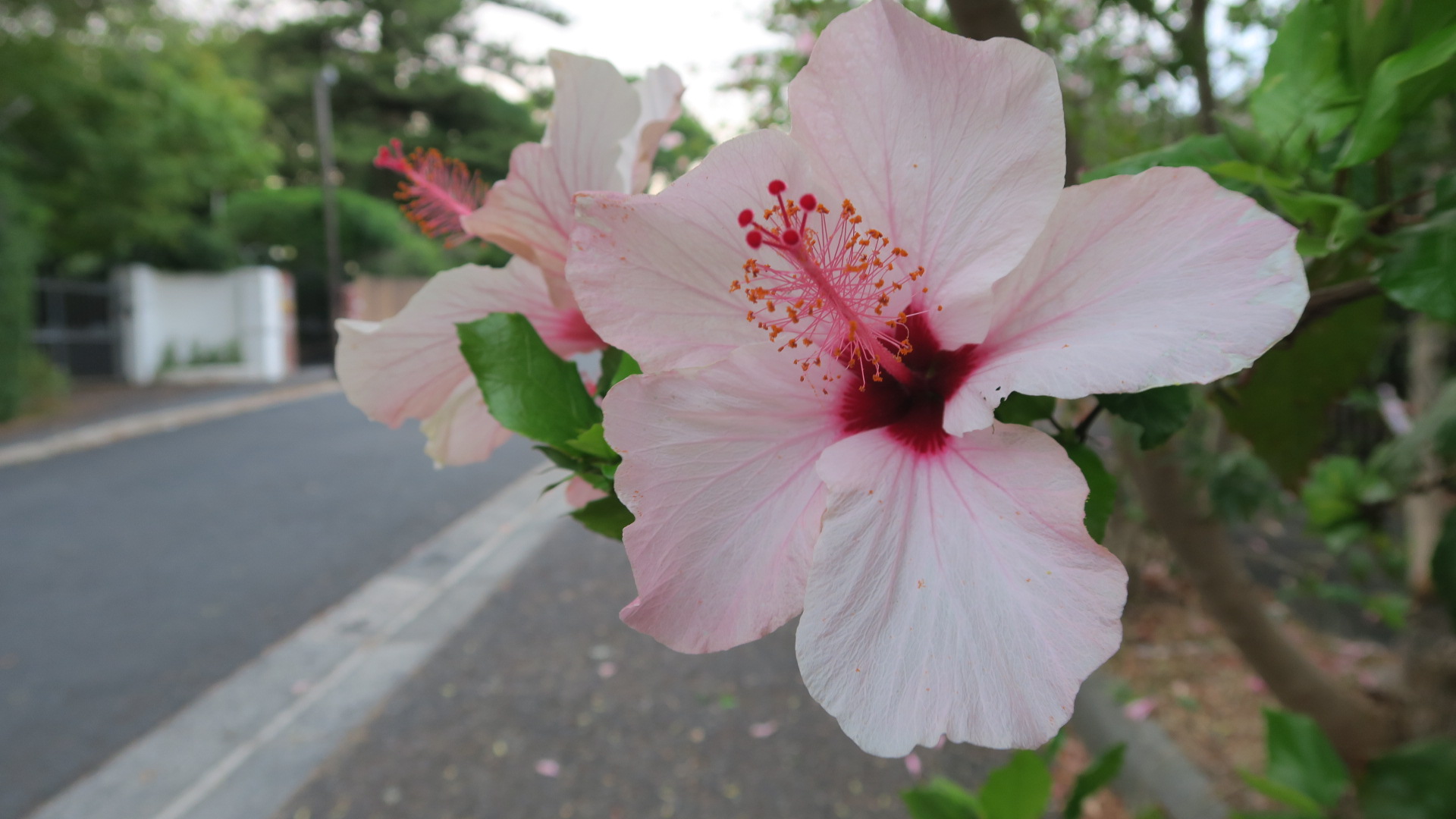 Colours are captured adequately, even in overcast non-optimal conditions. 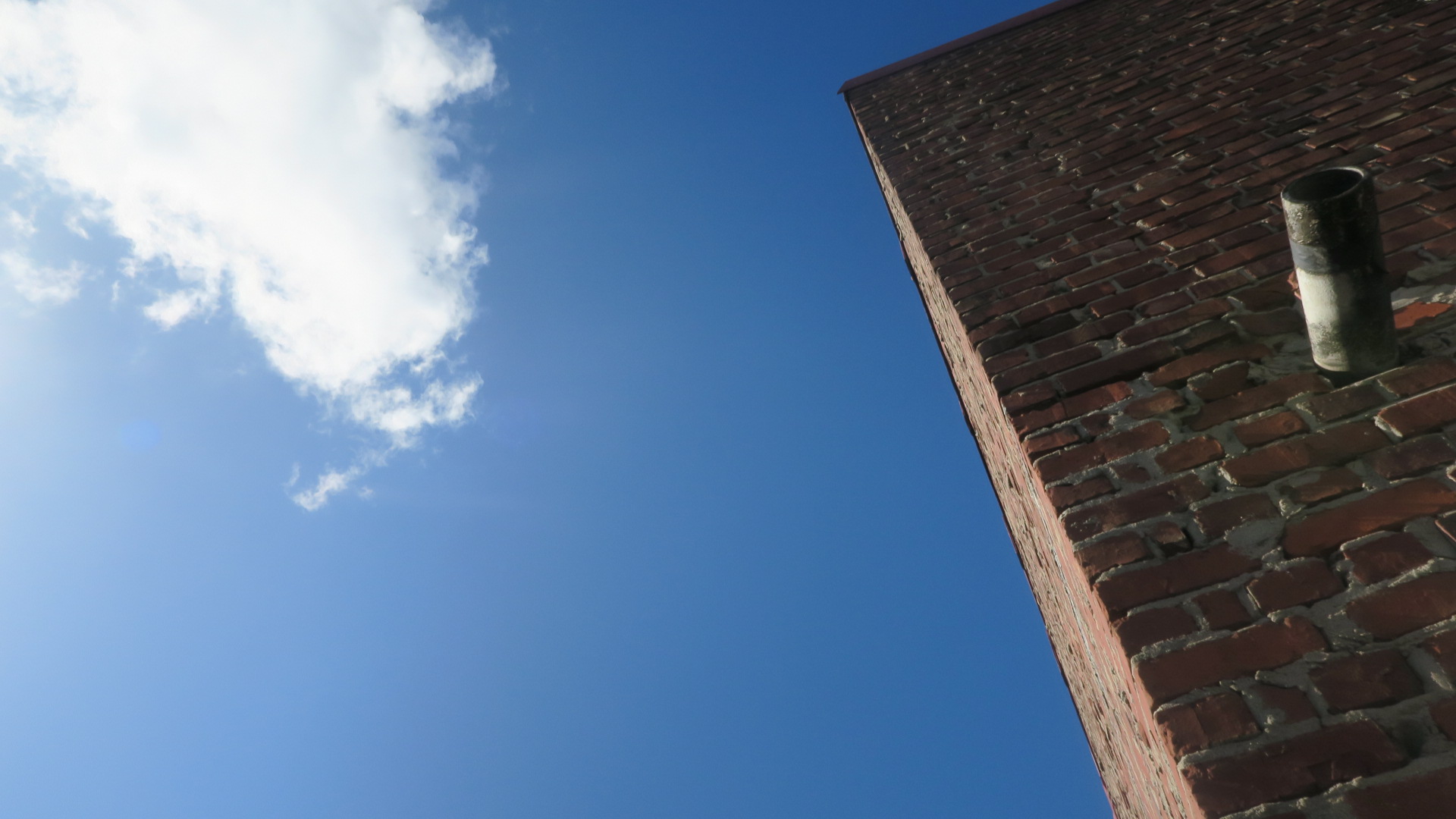 Again, the contrast between the cloud and sky is captured perfectly. 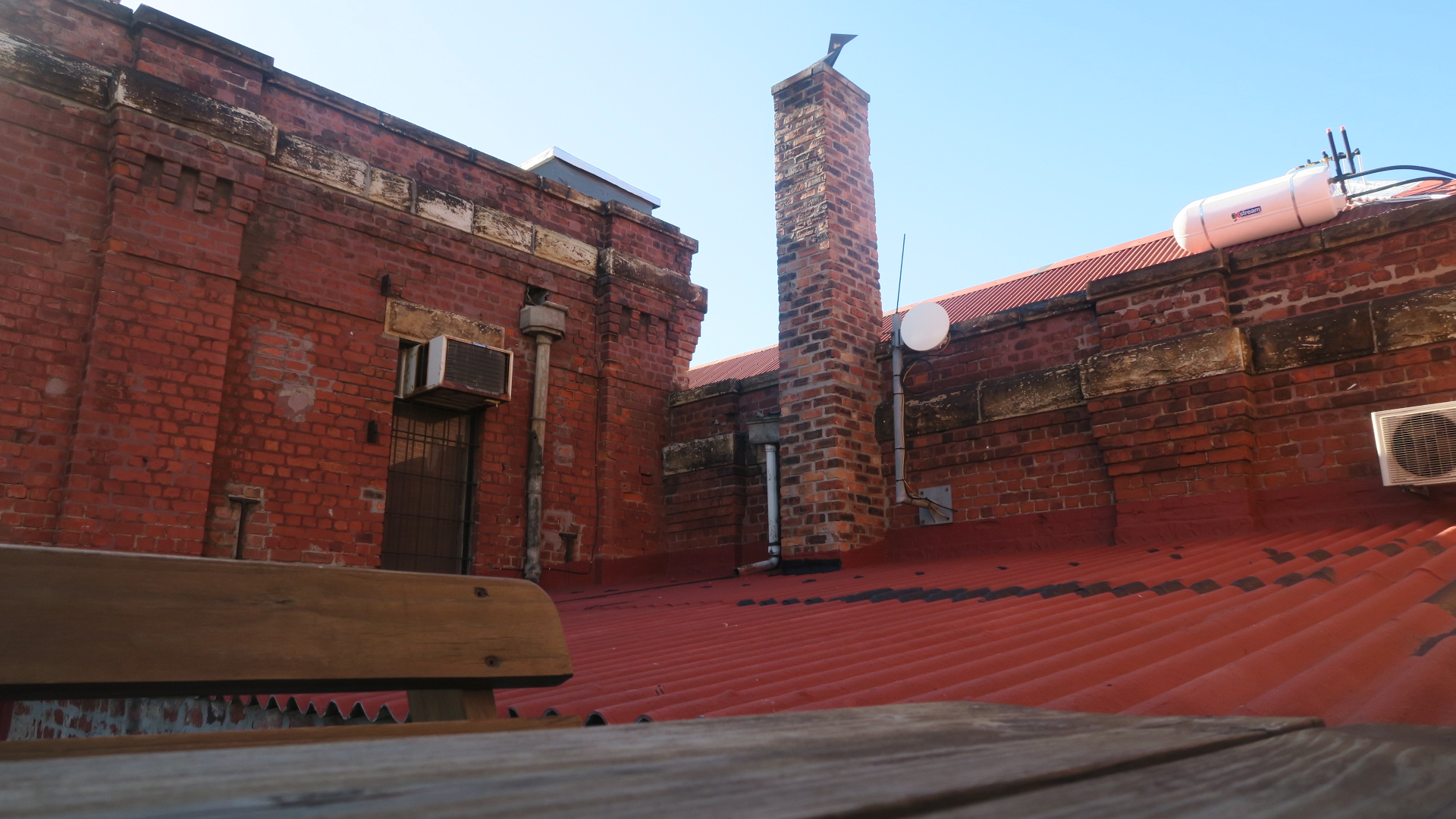 Snaps taken directly into the light may seem a bit washed out. 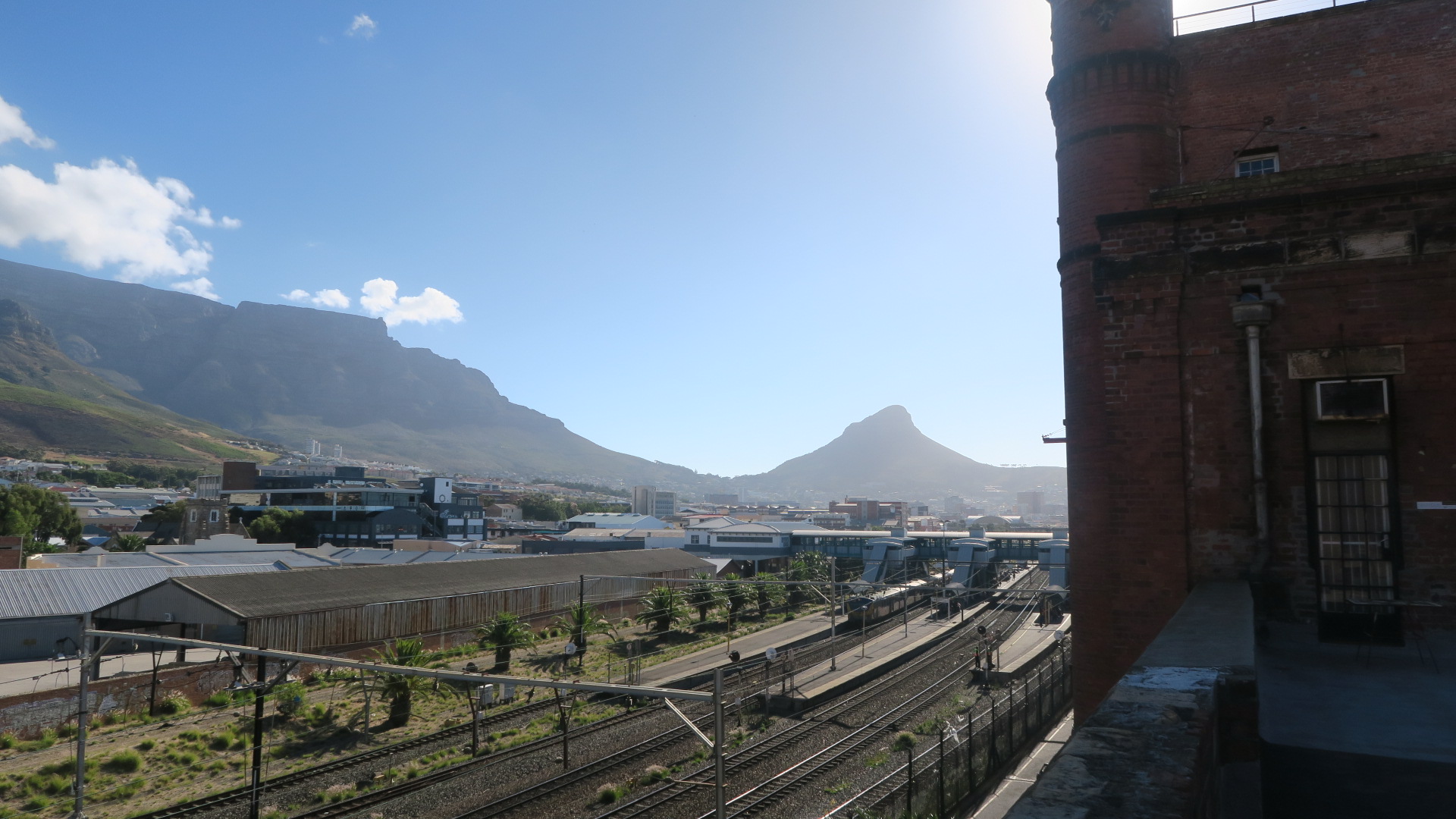 Landscapes are snapped with ease. 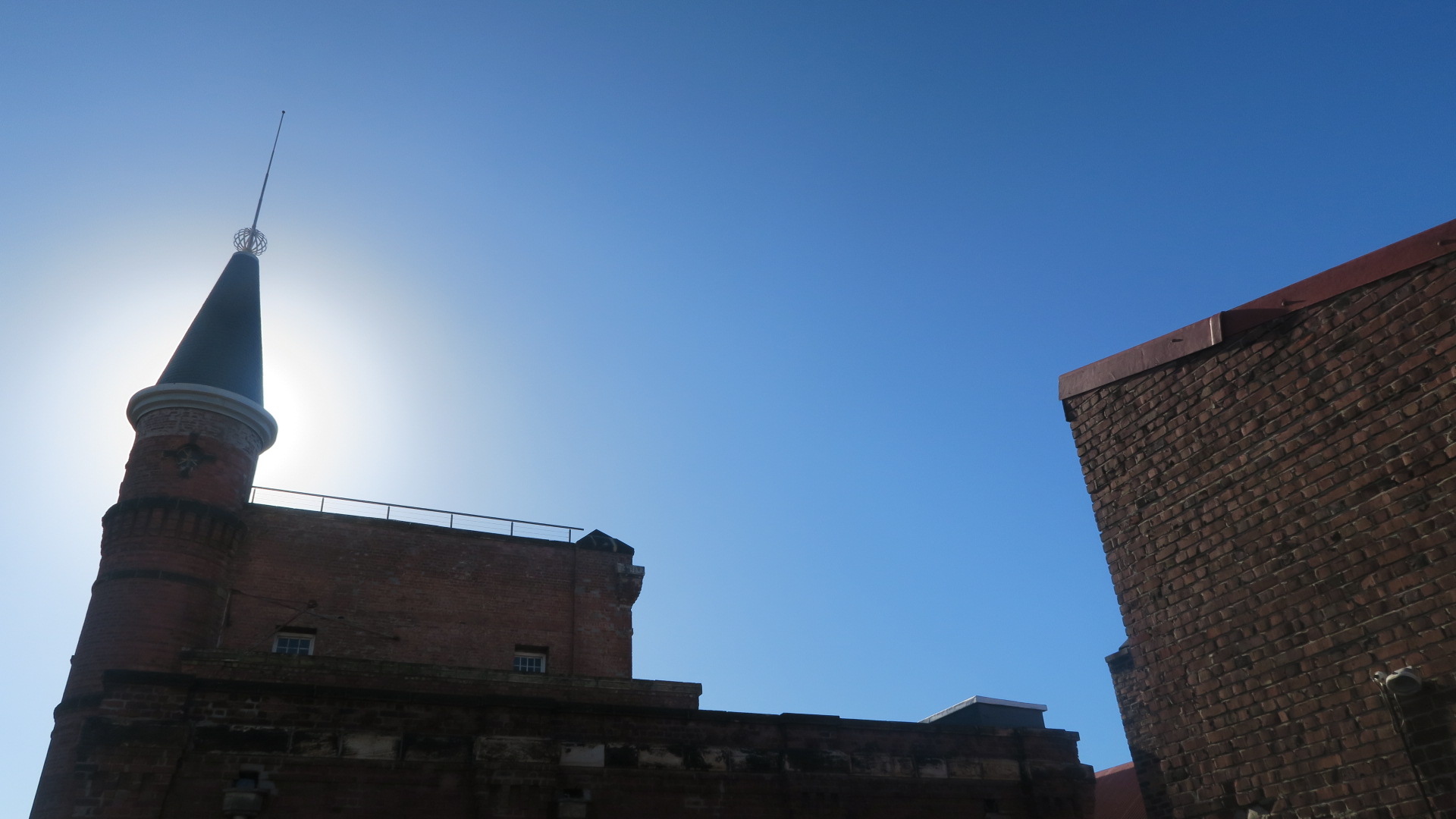 Light balance is adept at capturing silhouettes and colours simultaneously.

A nifty flash sits within the body of the camera shoots when needed with a push down on the button on the side.

So how much is it all? Well, the Canon PowerShot G7X sells for around R7000 in South Africa. It’s not cheap, but it’s not out-of-bounds expensive either.

Verdict: It’s extremely difficult to find fault with this camera. It’s probably the most complete snapper I’ve ever tested. Its portable, takes amazing photos in all environments and situations, it boasts some advanced features and looks great.

The only real issue is the price and the lack of a dedicated viewfinder. 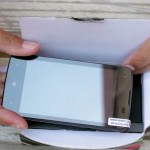