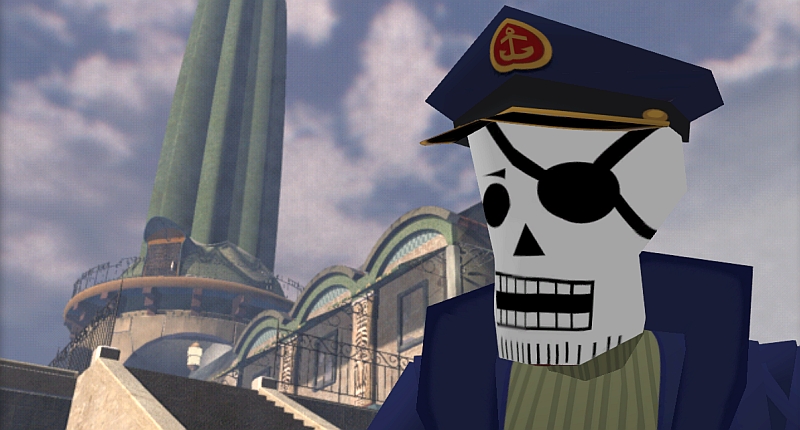 Finally, I can breathe, eat and sleep again. The gripping anticipation is over. A few weeks ago, Grim Fandango: Remastered was released and my world practically stopped for a month. Unfortunately, my prediction of presidential speeches and world celebrations was a bit off. But who cares? This is a day I have been waiting for since I heard that the critically acclaimed point-and-click adventure game will be resurrected in glorious HD.

The original Grim Fandango was created by Tim Schafer while he was still working for the late LucasArts game studio, the then leaders of the adventure games genre (1998). Now 16 years later via his own development company, Double Fine Productions, Schafer has “restored” this classic “for a new generation”.

Grim Fandango follows the story of Manny Calvera, an after-life travel agent who books travel packages for the recently deceased to the Ninth Underworld, their final destination in the The Land of the Dead. Those who have lived a kind life receive a ticket on the No.9 train, a speedy four minute journey, but those who have lived cruel lives are forced to walk, a gruelling and much lengthier four-year journey. The problem is that Manny used to be the best salesman the Department of Death has ever had. But recently he has only been receiving bad clients that, at most, qualify for a walking stick to help them on their last journey. This puts him on the verge of losing his job and in the firing line of his dictatorial boss, Don Copal. Meanwhile Domino Hurley, Manny’s sworn enemy and rival, constantly receives the best clients.

That is until the arrival of the pure hearted Mercedes Colombar, a client Manny acquires through some dirty tricks. But somehow the booking system says that angelic Mercedes does not qualify for the No.9 train, something Manny knows must be a mistake. He starts to investigate and in the process uncovers a massive and twisted conspiracy that will take him on an adventurously eccentric journey across the Land of the Dead. Grim Fandango boasts an astonishing blend of captivating storytelling and interactivity. The Aztec’s Land of the Dead makes for a compelling setting and Tim Schafer puts is to good use. From the get-go the story is both humorous and mysterious and brilliantly sets Fandango’s uniquely eccentric mood.

But from the start it is clear that this game will require the full attention of that grey mass inside your head (your brain duh). And the more the story progresses, the more challenging the puzzles become. There is no way provided to track your objectives, no journal to consult and no markers to show you the way. Grim Fandango is an unforgivably raw and perplexing pure puzzler that has to be approached like a detective.

Clues are acquired by listening very carefully to Manny’s monologues and conversations with other characters. A great help is whenever he passes an interactive element in the game his head will swivel in its direction. It is interesting to note that Grim Fandango is one of the first games to use this mechanic and it something that you will see in many games since then. You will be experimenting and running around a lot to figure out what your next step should be. And I can assure you that you will regularly be left feeling clueless and confused. But I can also assure you that not many games provide you with such a high level of satisfaction once you do figure something out.

Don’t let the challenging level of puzzles scare you off, though. Grim Fandango is a dense gaming experience that offers a lot beyond game play. Everything you see and touch will spark Manny to talk and adds a lot of substance to the overall feel and narrative of the game. Schafer has created a remarkably real alternative world and if are willing to give it your time you will see how alive this game can become. Remastered has some glitches, (considerably less than some recently released games) like certain items not showing up in you inventory. But this usually fixed by just re-entering your inventory, a bonus puzzle if you will. Beyond that I can confidently and comfortably say that Grim Fandango is still one of the best gaming titles I’ve played to date.

For the most part, Grim Fandango: Remastered is still the same game as its predecessor. Its brilliantly written narrative and host of vivid and entertaining characters are left untouched, exposing younger-generation players (or cave-dwelling hermits) to the nature of the past gaming world while wrapping others in a warm blanket of nostalgia. The changes that have been made are all for the better. The 2D background art has been rendered in a higher resolution and you are provided with a choice of aspect ratios. The 16:9 option basically only stretchers the game giving it an uncomfortably fat look. Then there are two 4:3 options, the original ratio of the game. The first one simply fills the sides with black while the other adds simplistic greyscale art. I found the latter option a bit distracting and felt that the original 4:3 was still the best way to play the game.

All the 3D models have received texture make-overs, giving them a pleasantly sharper and more refined appearance. The lighting and its ambient effect on 3D models has also been drastically enhanced. This can be toggled on and off via the game menu. When switching between the two options you will realise that the new lighting looks considerably more innate, casting shadows, emanating glares and adding some pleasing natural contrast.

The special features options were the most exciting and impressive additions to me. Firstly, there was the render mode that enabled you to switch between the game’s original and remastered graphics, making it clear that this title is truly a giant step up from its predecessor. Then there is the option of director’s commentary, something I feel adds an immense amount of substance to an already well-rounded game. When this option is turned on you will regularly see the prompt to press “Z”. This then plays audio snippets of Tim Schafer and other members of the developing team commenting on the specific aspect of the game, giving you a remarkably intriguing insight into the development process of Grim Fandango.

The rusty tank controls, distinctive of the early days of 3D gaming, have also been replaced by a more intuitive analog control scheme. Interestingly enough, this control system was created by a Fandango-fan as a mod for the original game. Double Fine eventually brought him in to apply his expertise to Remastered. This is a change that I’m sure old-fans will warmly welcome. Once again, you are able to switch to the old tank controls… if you wish to torture yourself. It seems that Remastered pays a lot of homage to the original. These interchangeable options clearly compare the old and new versions of the game and indicate all the hard work and effort that has gone in to reviving this legendary title. Even as I write these very words I can feel the admiration and appreciation bubbling inside me. Grim Fandango is back and just as good, no even better, than ever.

Verdict: Grim Fandango is unlike any other game out today and I think that is part of its winning formula. It is a game that is uniquely foreign with just the right amount of familiarity mixed in. It is not a form of simulation, like most games at present, but truly transports you into another dimension. Beyond its entertaining surface there lies a deep story that challenges and questions you.

Tim Schafer says it best: “It’s a story about life and death and loyalty and mystery, and I think those themes transcend any trends in platforms, funding or technology.” 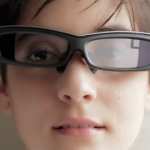