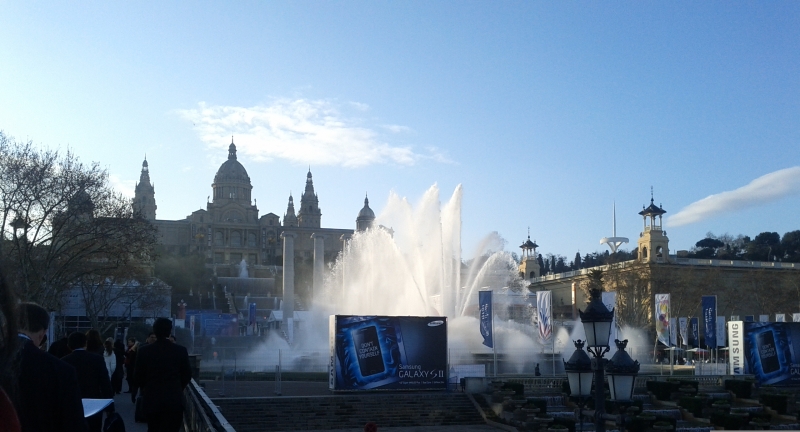 It’s Mobile World Congress time again in the sunny but chilly Spanish city of Barcelona. But stop right now if you think football will be the topic on everyone’s lips. Mobile phones, tablets and wearables will be the stars of a conference that usually sees some enormous launches from the likes of LG, Samsung and Huawei.

But what are we in for this year?

If you’ve been following our Samsung Galaxy S6 rumour roundup as religiously as you should’ve, you would know that the Korean company is due to launch its flagship to the world on 1 March. Preceding it by a few hours, HTC will likely launch its new One M9, a phone that Samsung will hope won’t take all of its thunder.

Other unveilings will include the LG Watch Urbane‘s big debut, the Meizu MX4 Ubuntu Phone and a few new devices from the likes of Microsoft and Google.

But this is just a small taste. We’ve rounded up a few important points and details that you should know before MWC 2015 kicks off next week. Are you ready? The HTC One M8 was a great phone that was solid, had brilliant speakers and stole our hearts like a thief on Valentine’s Day, but the company will have to go one better with the launch of the HTC One M9.

Read more: HTC One M9 sounds like one hell of a phone, according to new leak

As fate would have it, the phone has already been spotted in the wild so we know exactly what it looks like with its pants down. But can we really confirm what lurks beneath the sleek exterior? Not quite yet.

We’ve heard mutterings that Qualcomm’s Snapdragon 810 SoC will be the brains of choice, alongside 3GB of RAM behind a 5.0-inch 1920×1080 screen — this will likely be a tried and trusted formula for the top-of-the-range Qualcomm chip. Other key figures include a 4MP UltraPixel selfie camera up front and a 20MP rear snapper with flash, that eats up more real estate on the handset’s rear plate than the M8’s camera. Battery size will balloon to 2900mAh which is just 100mAh shy of the LG G Flex 2. But these are all rumours thus far.

Although this combination sounds brilliant, the HTC One M9 might not be the only device the company announces.

The best parts of HTC’s March 1st launch event are the parts you have NO IDEA are coming.

That’s HTC senior global online communications manager Jeff Gordon’s words for you. So, what might those “parts” be?

There’s a good chance we’ll see an HTC wearable or two, with the company joining in on the wrist-worn craze, but details regarding that particular wearable is rather scant.

Event details: Samsung will live stream its event which will begin on 1 March, 6:30pm CET and 7:30pm SAST.

It’s taken a while, but Samsung will finally launch it’s Galaxy S6 flagship to the world on 1 March, after many weeks of trying to keep the phone a secret.

Instead of the Qualcomm concoction, Samsung will employ its own Exynos 7420 chip in the S6 if you believe the rumours, which is one seriously quick piece of silicon. Other internal details include 3GBs of RAM, at least 32GB of storage, a 5MP front snapper and a 20MP rear-facing camera, and a slightly smaller-than-your-average 2515mAh battery.

As far as a variant of the Samsung Galaxy S6 goes, we could very well see a phone with an Edge-like screen, dubbed the Galaxy S6 Edge. Samsung has also been pushing the “curve” notion a bit much, so could be see a curved S6 like the LG G Flex 2?

While the Galaxy Note Edge hasn’t taken the market by storm, placing the unique screen on a flagship model might encourage users to purchase it.

3. LG: What are you hiding behind the Watch Urbane? We’ve seen this many time before when companies hide their big announcements behind other somewhat announcements. Microsoft did this with Windows 10, announcing the HoloLens earlier this year, and LG might very well do this with the Watch Urbane.

The Watch Urbane in its own right is a peach of a device, crafted from metal and sporting a round OLED display.

But we might see an LG G4 announced. The chances are slim, but we’ve learned not to rule anything out at MWC in the past.

The LG G Flex 2 should be on display as well, as long as a quartet of new LG mid-range phones: The Magna, Spirit, Leon and Joy. See you at MWC 2015! The MX4 Ubuntu edition is awaiting you. pic.twitter.com/tYwuadyOfG

The biggest announcement will probably be Meizu‘s move to Ubuntu Phone, which will be second OS alongside FlymeOS that the MX4 supports.

Canonical hasn’t had any luck with pushing Ubuntu Phone to market, with the crowdfunded Edge premium handset falling flat on its face a few years ago. But now, Meizu will offer the fledgeling OS on its MX4 powerhouse which could be one of the surprise smartphone packages of the year.

Ubuntu Phone brings with it a few novel features unfamiliar to Android and iOS users. The MX4 is also one of the most impressive phones in a straight line on the planet, boasting a 5.3-inch 1920×1152 screen, a MediaTek SoC, 2GB of RAM and a 20.7MP rear camera. Expect the device to cause more than a few waves.

Event details: Microsoft will live stream the event which will begin on 2 March, 8:30am CET and 9:30am SAST. Redmond is kicking off where Nokia left off, allegedly bringing a gaggle of new mid-range Lumias to MWC 2015, competing against the likes of LG’s midfielders.

There won’t be any range toppers unfortunately, so it seems that Microsoft’s making us wait even longer, but the company’s Lumia brand will likely get even more confusing after MWC 2015.

Microsoft might also reveal a little bit more about Windows 10 on phones at the summit.

6. Sony: The Xperia Z4 Tablet destined for its introduction

We knew that the next devices in Sony‘s Z series were going to be serious, and the new Z4 Tablet is about as serious as a slate can get. The device will adopt the Qualcomm Snapdragon 810 with 3GB of RAM, an IP68 dust and water resistance rating and a 2K resolution screen.

It’s a serious sounding tablet, and may very well be the last in Sony’s Z line, after the company announced that it will be scaling back on less profitable sides of the business — mobile devices being one.

7. Google: Project Ara to disrupt and reassemble the mobile market Lastly, something that might make its bow is Google’s Project Ara modular phone concept. While it has been undergoing intensive development behind closed doors, there’s a chance we’ll see more modules for the phone from the likes of Toshiba and Miami-based Yezz.

Sundar Pichai, Google’s head of products, is to give a keynote speech on 2 March, so expect Google to announce something interesting.

Definitely not. Expect to see a host of additional announcements from mobile phones, to wearables, to new cloud technologies and even advancements in motoring from the likes of Huawei, Motorola, BlackBerry and even perhaps Valve, a company that could be showcasing a VR headset. And we could also get a better taste of Firefox OS from Mozilla.

To keep up with all the happenings in Barcelona for the next week, check out our MWC 2015 portal for a more comprehensive look at the summit, and be sure to follow our live blog for details as they happen.