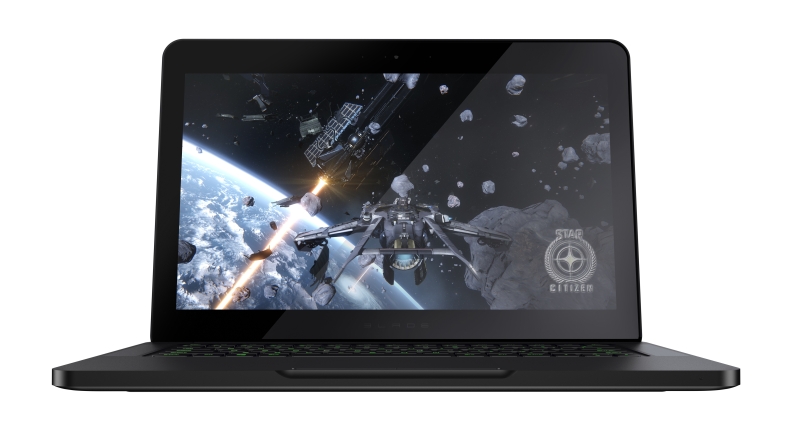 Razer has announced its new gaming laptop that will look to make a major dent in Alienware and MSI‘s credentials. The next in the “Blade” series boasts some massively impressive specifications in a relatively thin 17.8mm chassis.

Oh, and the company hasn’t forgotten about graphics either. Nvidia’s GTX 970M with 3GB GDDR5 takes over that duty, and should be just fine for mobile gaming. Of course, the display can jump between the on board Intel HD Graphics 4600 GPU when not playing games to save power. And power is provided by a 70Mh battery.

Razer has also ensured that plenty of research went into the crafting of the anti-ghosting keyboard pasted onto the Blade. And the cooling has also undergone some thought. The aluminium body acts as a heatsink while the dual-fan solution keeps important areas cool. 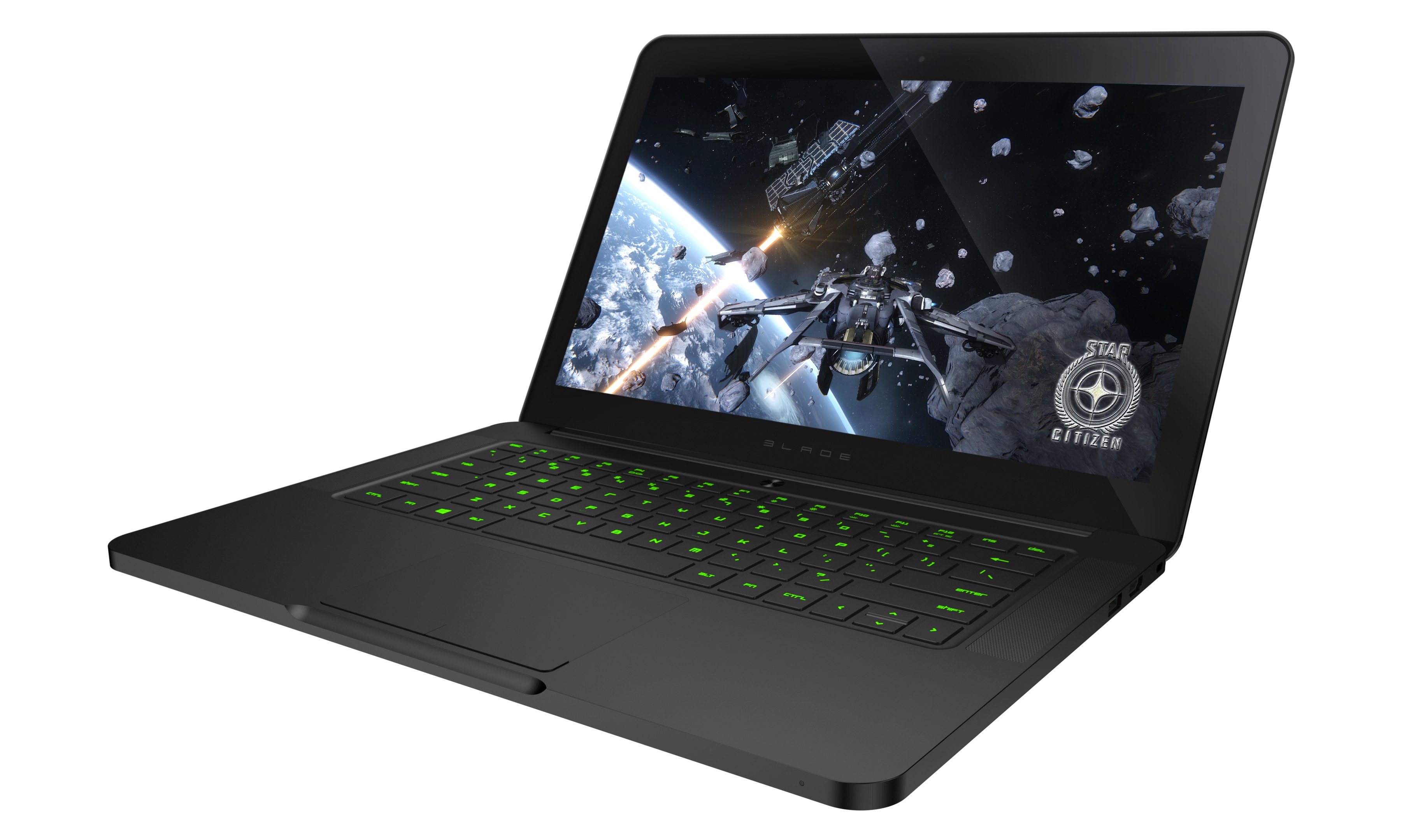 It should comfortably fit in a bag and would be happy as an every day machine. 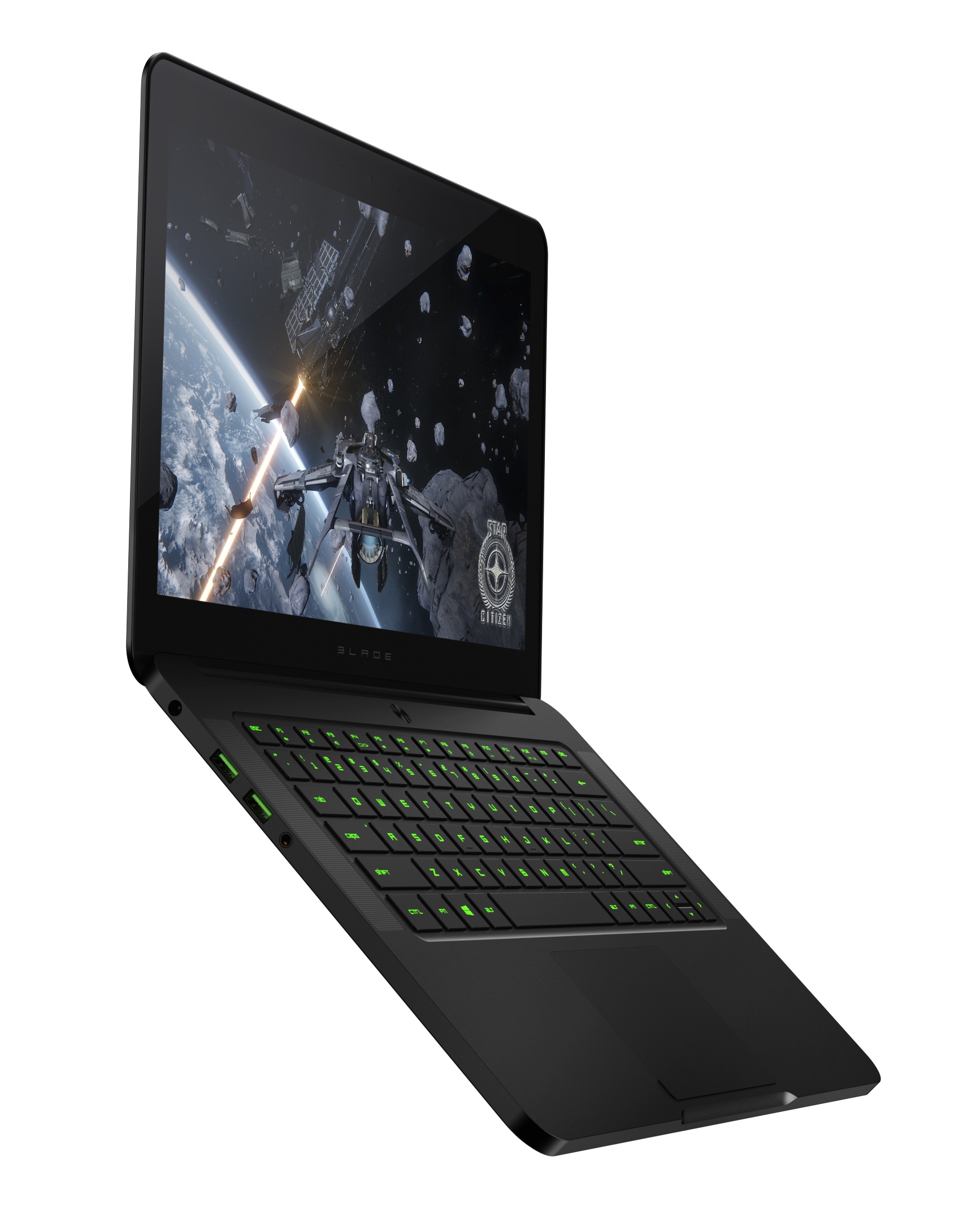 Razer has added a anti-ghosting keyboard to the mix as well, because it would be a shame if it didn't. 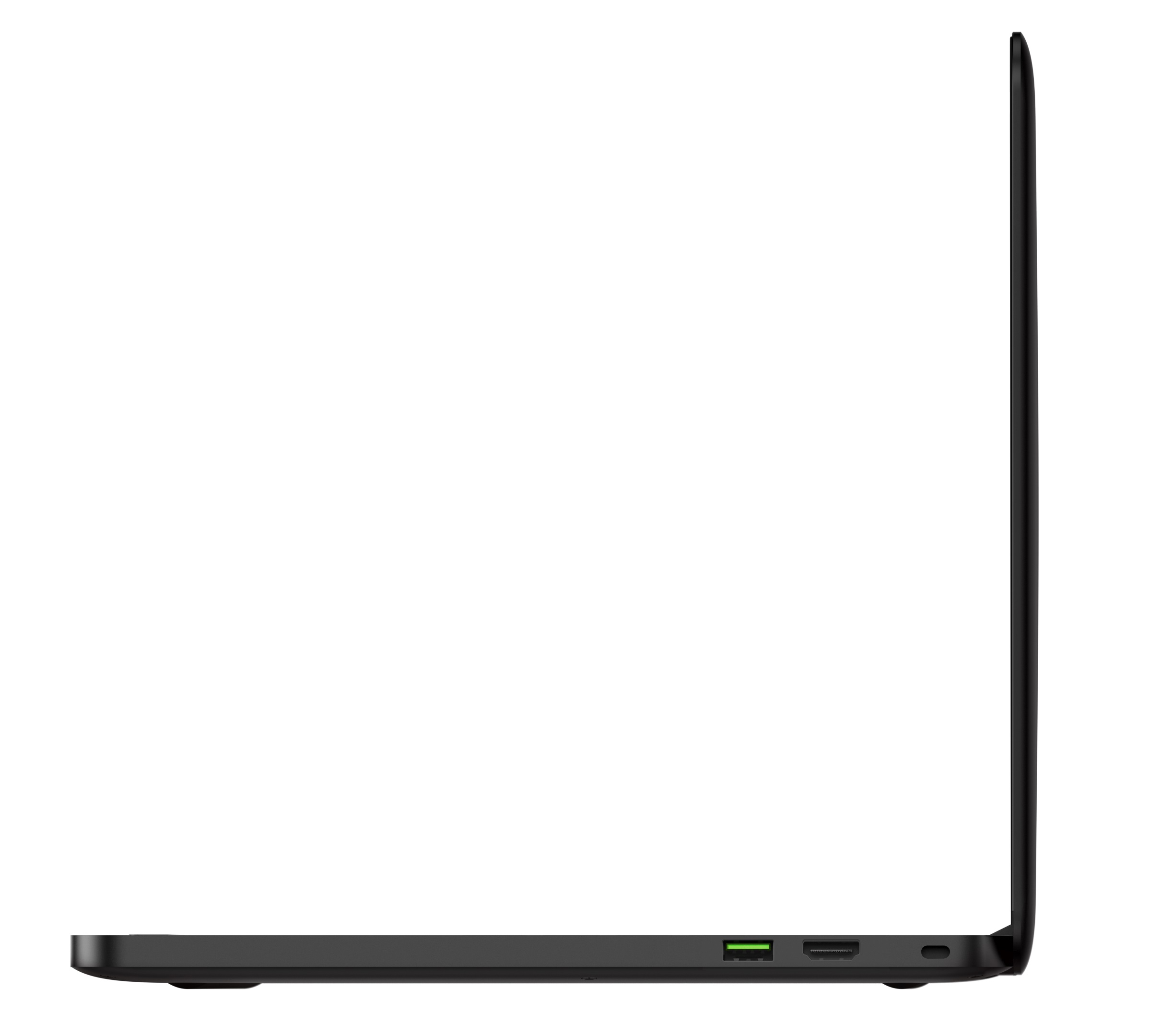 The Blade looks like a supermodel compared to Alienware's offerings. 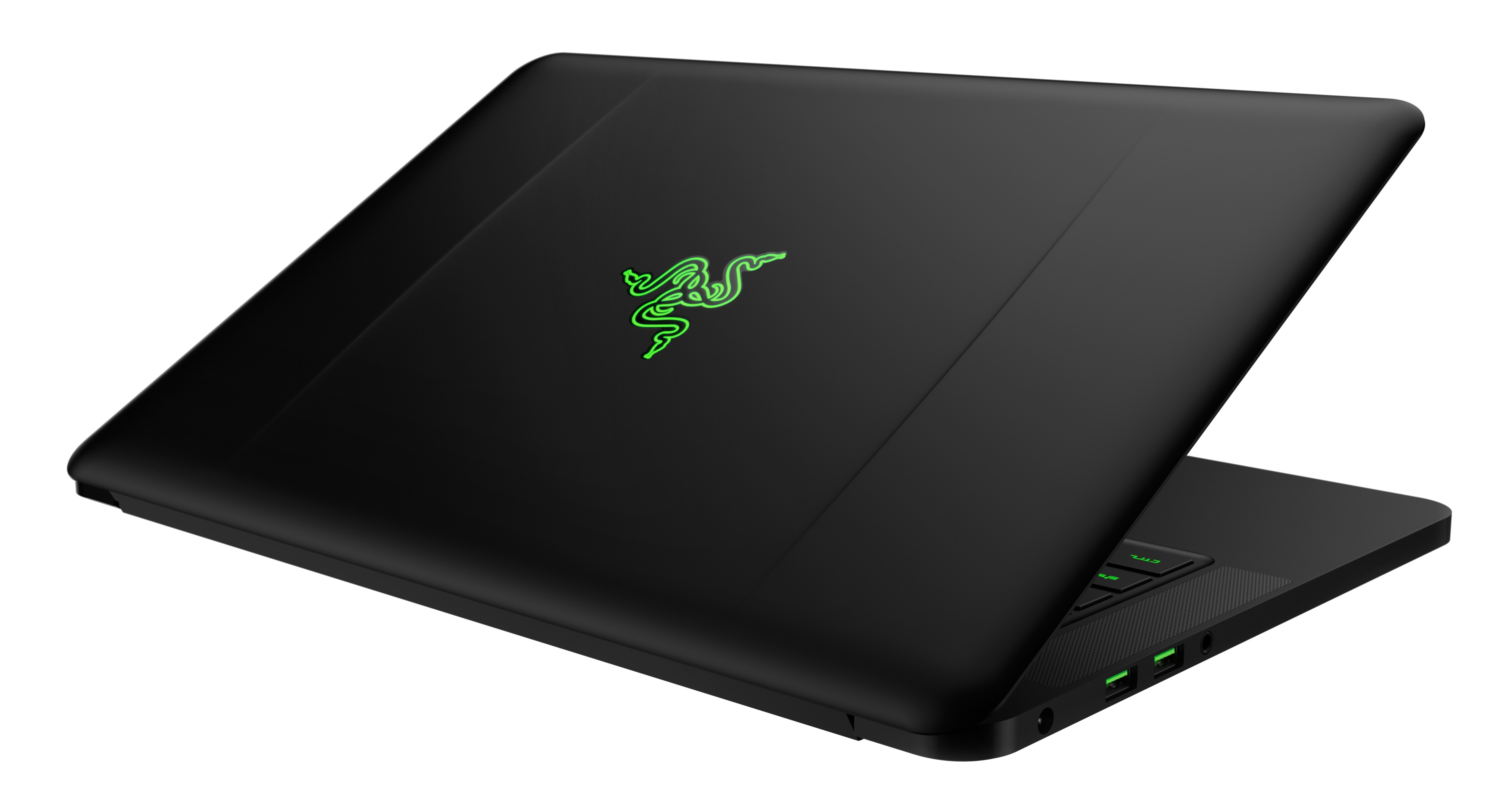 The obligatory Razer glowing emblem on the laptop's rear completes the profile.

The Blade's thin. Seriously thin for all the hardware that's crammed inside. 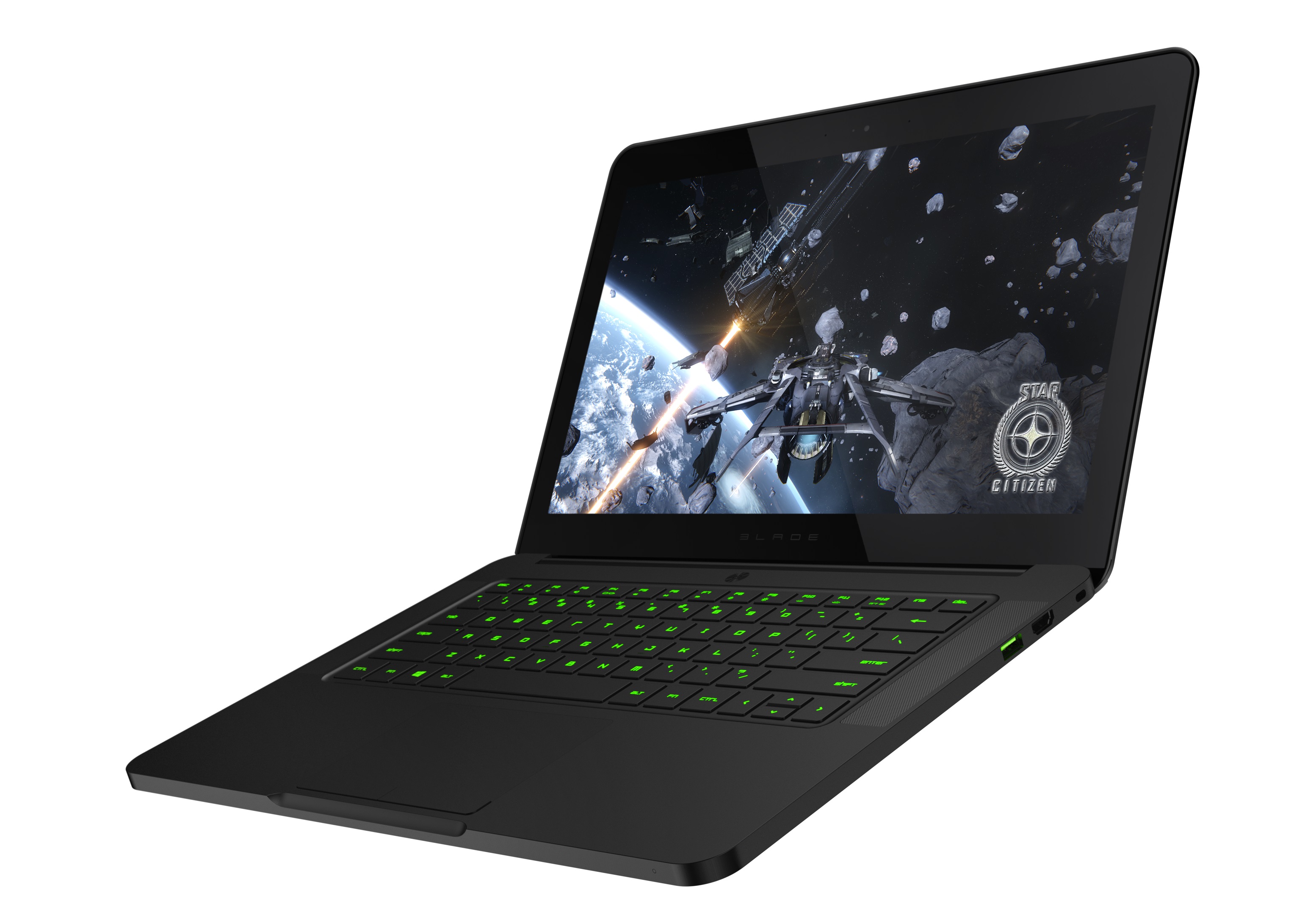 It's quite an attractive piece of kit, but not quite it green isn't your thing.

Add in the usual combo of ports (three USB 3.0, 3.5mm headphone/mic combo jack, and an array microphone on the machine itself) and Windows 8.1 64-bit, it’s quite a complete little ultra portable with a gaming flavour.

“When we debuted the Razer Blade in 2013, we set the benchmark for gaming laptops – and other companies worldwide have followed in our footsteps,” notes a very proud Razer founder and CEO Min-Liang Tan.

“We continue to listen as gamer needs evolve and the new Razer Blade again sets the industry standard by which gaming laptops are measured.”

The Razer Blade will be launched progressively through the world markets but is now available in the U.S., Canada, Singapore and Hong Kong. The device should arrive in South Africa after March 2015. 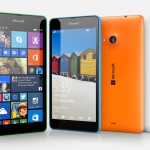