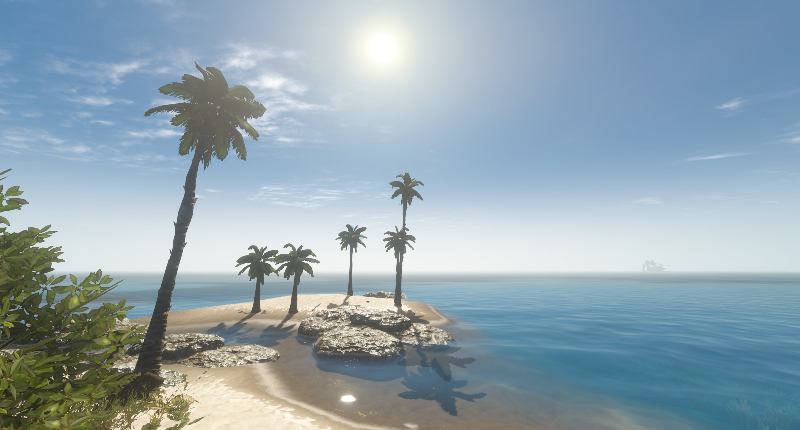 If you thought survival games were boring, think again. Wiehahn navigates the treacherous island world of Stranded Deep with the finesse of Daniel Defoe. This is Part One of a two part piece.

Stranded Deep is yet another title to enter the seemingly inexhaustible genre of first-person survival games. Developed by Brisbane-based developer, Beam Team Games, Stranded Deep promises to offer a more “realistic” experience in comparison to its plethora of survival rivals. It is currently still in its alpha phase and can be found on Steam’s Early access list, where it has been comfortably sitting among the top sellers since its release.

Once again I find myself flying on a plane (looking at you, The Forest), but this time I’m not thrown in with the economy class peasants but rather find myself upgraded to private jet-flying wine connoisseur.

The turbulence shakes the jet and the cabin lights switch on, revealing its minimalistic yet elegant interior. Before me lies a chrome laptop flanked by a bottle of red wine. I must be a man of privilege. Next to it my glasses rest on a newspaper that reads “SHARK CLAIMS ANOTHER VICTIM”.

Unknowingly, this is a fate that I will battle sooner than I think. The constant rumble of the turbulence puts me on edge and I decide to mix myself a martini to calm my nerves. I slowly walk the few steps to the front of the plane. The two pilots are immersed in their ritual of pushing buttons and pulling levers.

I fiddle with a cocktail shaker and a few slices of lemon and I miraculously manage to complete the beverage. I take out my lighter and set my drink alight — a faintly amusing attempt to distract myself from the storm brewing outside. It doesn’t last long and I quickly downing it in one gulp, glass and all.

There is still a long journey ahead and I decide to return to my seat and try to sleep away the last stretch of the journey. But as soon as I sink into my comfortable leather basket a quake-like rumble rattles the plane. My fear grows tenfold as my thoughts turn into a series of red flags. Suddenly a deafeningly destructive sound concludes the perpetually growing tremor that preceded it.

A hole is ripped in the plane sending it into a downward free fall. An endless blizzard of flying paper accompanies my violently churning stomach as the jet rapidly speeds up towards my inevitable death.

I open my eyes.

The icy grip of the ocean water reminds me that I am not dead. The pilots weren’t as lucky and they are now no more than a diluting pool of blood. The cold water contracts my chest, making it hard to breathe. I need to find a way out of this sinking death trap of a jet, and quick. Ironically, the hole that has caused this rather inconvenient affair is now my only way out. As I exit through it, the bright burning flames above the ocean’s surface accentuates the dark silhouette of a large floating object. Without thinking, my instinct automatically leads me towards this mysterious enigma.

I break the surface and my heart is immediately filled with hope. It’s a life raft. But this hope quickly depletes as my eyes fall on the chaotic scene before me. I am surrounded by large chunks of metal and a ring of burning jet fuel. Beyond it stretches an endlessly featureless surface of pitch black darkness. The shock and despair of this moment is too much and I drift into deep but uneasy sleep.

It feels like mere seconds have passed but I find myself baking in the warm pacific sun. I sit up straight and scout my surroundings. Even though the last few hours (human minutes) of my life has been close to a living hell, I can’t help but feel optimistic.

There is a paddle in the raft, a mere few metres away there lies an island and I am equipped with a fitness watch that is able to read my vitals. I am strangely prepared for this compulsory endeavour. But most of all, though, I survived what most would consider a fatal plane crash.

But this optimism is quickly shattered as I am met with a threat that I so casually read about in the illusionary safety of the private jet. “SHARK CLAIMS ANOTHER VICTIM”.

Lead by its primitive instincts, the sea dwelling predator nonchalantly circles around this weak but well sized prey that is I. A deep panic starts to seep into my bones.

“Stay calm,” I quietly repeat to myself continuously. Slowly my own primordial intuition kicks in: it’s the will to survive. I take up the paddle and force my aching arms to steer the raft to the nearby island. My body fills with adrenaline and time seems to slow down. The safety of the island suddenly seems light years away.

Even before I reach the shore, I impatiently jump from the raft and swim the last few metres. As my feet graces the sand, the familiar feeling of solid ground beneath sends an unknown euphoria through my legs. It is funny how much we take this feeling for granted, to be simply able to stand on an unmoving surface and live without fear of flesh-hungry predators.

But there is no time to waste. The danger is still not over.

My lips are as dry as desert sand and my stomach rumbles in an infuriating hunger. Reality uncomfortably starts to descend on me and panic once again starts to rise. “Stay calm, stay calm” I tell myself again, a mantra that I would be repeating often in the harsh times ahead.

I gather all my wits and try to recall all I have ever read or seen concerning the art of survival. Three things popped up in my mind. Shelter, resources and an action plan to safety. I quickly make a mental check list of what I have in scarce library of possessions: A pocket knife, a bottle of clean drinking water and a lighter.

I take a look around me, trying to form some plan to get back to civilization. All I can see is a never-ending network of small islands, probably stretching far beyond the horizon. What should my next move be? Where do I begin?

For now, I must survive… 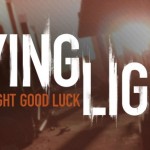