The new Apple MacBook stole the so-called Apple Watch show last night. And rightly so, the latest Mac has introduced some really revolutionary features that are making Apple fans drool all over their now-old-and-dull MacBooks.

The 12-inch Retina MacBook is the thinnest so far. Apple has therefor taken the less is more mantra to heart and equipped the device with less ports, less hardware and less fat.

The less you have though, the more you have to give up. Which means that the new MacBook has slightly poorer hardware and only one port for an external drive. There’s also no space for an SD card either.

1. One port to rule them all

What sounds like something inspired by J.R.R. Tolkien’s finest, the new MacBook has only one dear port.

Besides the headphone jack of course, the Mac has a reversible USB-C connector hidden away on its left-hand side. This all-in-one hole can be used to charge your laptop, send video to and fro external displays, and transfer data with the speed of USB 3.0.

Read more: Apple Watch: all you need to know about Apple’s digital ticker

There is a USB port in the works though which you can buy as an accessory from you know who. Yes, this also means that older charger won’t be compatible, again. And yes, photographers, you’re gonna miss the SD port.

Apple also binned the DVD drive, so you’re encouraged to make iCloud and AirDrop your daily bread and butter.

Minimalism taken to the extreme? Perhaps. But the USB-C gave Apple the space to make the device as thin as it is.

2. Make it paper thin and light

“Can you even see it?” CEO Tim Cook said with a smirk while holding the MacBook up in the air. He was certainly practising all his puns in the dressing room before hand.

But with all the chuckles aside, the MacBook is incredibly thin. While slightly slanted at the back, the Mac is only 13.1mm at its thickest point. It’s 24% thinner than the 11-inch MacBook Air which makes it the thinnest Apple MacBook so far.

3. Retina. Finally, some Retina for all!

Last year Apple unveiled its crispy display with its latest crop of iPads. This meant that all but one of its products carried the “revolutionary display”. The audience remained bleak when they found out that the MacBook Airs were left out in the cold. This changed last night.

Given the size and slimness of the device, Apple had to make some cutbacks inside. The MacBook is home to 8GB of RAM and a 256GB SSD for the entry-level model. There’ll also be a 512GB SSD model.

Both variants will have a 1.1GHz dual-core Intel Core M processor and an Intel HD Graphics 5300. Then again, the MacBook isn’t made for playing Dota 2 and Dying Light. It does carry a “revolutionary” battery which can give you all-day battery life — nine hours on WiFi and 10 hours of iTunes movie playback.

The new MacBook also has no fans, which just means quietness, less bulkiness and pure awesomery.

Here’s head of design and poet John Ivy giving you the low-down of the new MacBook:

Oh yes, something for the typists! The Mac certainly doesn’t carry the world’s most impressive hardware under the hood, but the design is definitely something to write home about.

The full-size keyboard, with the keys stretching from edge-to-edge leaving only a few millimetres of breathing room at the far ends.

The trackpad has also been modified. The pressure sensitive pad (that apparently borrows from the Apple Watch) enables you to click anywhere and get the same feel. Different pressure clicks can also action specific commands. With OS X 10, a Force Click for instance can prompt a Wikipedia lookup or autocorrect a typo.

No more subtle yet distinguishable colour coats to match Apple’s array of Macs. The Cupertino giant just had to go there. We can just imagine Cook in the design meeting:

Only one port, cool. Our thinnest laptop yet? Brilliant. The keyboard’s kinda nice too. But I’m still missing something… flashy. What about silver and gold MacBooks!?

And so, the new MacBook comes in a choice of Space Grey, Silver or Gold.

This weird official ad below showcases the MacBook Gold, which to us can’t help but stress the the label douchery more than, say, Google Glass?

As for the price, the entry-level MacBook will begin shipping on 10 April and will set you back US$1299.

Let us know which features are your most favourite in the comments section below. 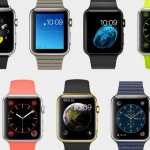