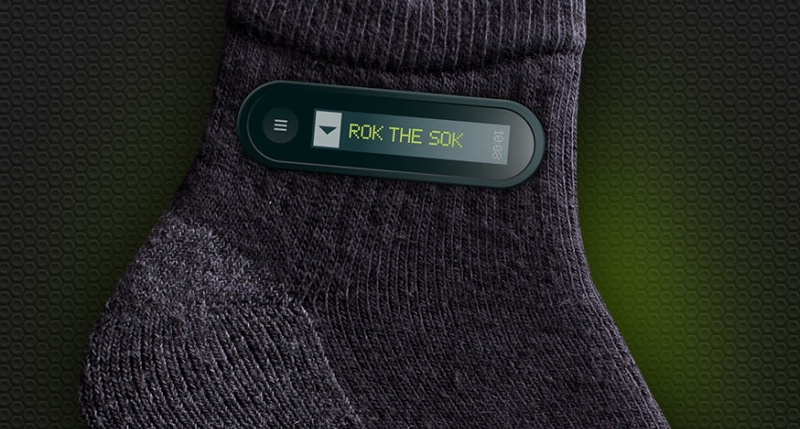 April Fools’ Day is upon us and need I say more? Although media houses (we’ll turn a blushing cheek here) love to publish hoaxes for the sake of good fun and spikes in traffic, there are a lot of hilarious pieces published by brands and companies themselves during this period.

Often, these companies have the sense of humour to poke fun at themselves, even if that is what journalists do to them in the other 364 days of the year.

So, to celebrate the day where lying, cheating and being an all-round bad journalist is written in the global constitution, we’ve rounded up a few good fake gadget and geekery news stories from around the web, beginning in Redmond of all places.

If you ever wanted to prank your friends who are brave enough to run an alternative OS like Windows Phone, now is your chance. And what’s more, this piece of fun is officially backed by Microsoft.

Redmond has removed its civil cap for a moment launching its MS-DOS for Windows Phone app which plunges any Windows Phone into the dark ages, kind of. Now, it may sound completely useless (and it largely is), but it’s pretty damn awesome for those who grew up with windows before UI was a recognised abbreviation.

For those who have no clue what MS-DOS is or how to navigate it, install the app on their phone (the download itself is only around 7MB) and watch the mounting panic grow progressively worse.

It’s “all the productivity you’ve come to expect from Microsoft in the simplest OS yet,” quips the company. Rather MS-DOS than Windows Vista.

Wearables and the Internet of Things are getting out of hand now, aren’t they? We’re just two garments away from Bluetooth-enabled underwear and no one seems to be embracing the scariness of it all, except for HTC. The company who recently teamed up with sporting goods manufacturer Under Armour to launch a legit smart band, has announced that its launched the world’s first intelligent sock, the HTC RE Sok. We’re not sure that Under Armour’s laughing, but we damn sure are.

Featuring a quite-literal “automatic hole warning system,” a GPS pair finder, which will ensure no socks are ever lost again, and an SMS-from-your-ankles feature that houses the company’s patented Notifeetcation system.

That’s good and well for an April Fools’ prank, but wait twenty years and smart socks won’t seem all that bogus.

ThinkGeek’s ‘selling’ the greatest cat condo ever made, inspired by Voltron

If you have no idea who or what we’re talking about, you probably weren’t around in 1984, but that’s okay. The giant planet-saving robot created using five subsequent robotic lions is probably the perfect place for a kindle of kittens to call home, even if you aren’t familiar with the show.

The only tear-jerker though? This isn’t a real kitty palace but another elaborate ThinkGeek prank. It’s a pity because we’d have one in a heartbeat.

In a strange pre-Pixels move, Google has allowed anyone with access to Google Maps to play Pac-Man using genuine city streets as mazes. If you’re not excited by that, where is your soul?

Of course, being chased by Blinky, Pinky, Inky and (everyone’s favourite) Clyde is fun enough on a closed level, but eating cherries on Lombard Street, or running from the quarrelsome quadruplets down Abbey Road? That’s every gamers’ dream.

Check out Google and Namco‘s gift to the world here, and try not to get too carried away, you know, this isn’t San Andreas.

If you thought that the Samsung Galaxy S6 Edge was getting bad reviews, you can only imagine what this — the Galaxy BLADE Edge — will garner.

The perfect device for something like Hell’s Kitchen, the BLADE Edge pokes fun at Samsung’s newly cultivated design language boasting premium materials and the sharpness needed to cut it in the industry (sorry, I just couldn’t help myself with that one). “Samsung brought out all its tricks hidden in its cupboards to make this culinary dream a reality,” quips the company. “A patented transparent ceramic body has been introduced to maximize visual pleasure in preparing food.”

The Samsung Galaxy BLADE edge is fully integrated with the Samsung Kitchen app, which automatically connects the device with Samsung Chef Collection appliances nearby.

This will allow you to preheat the oven or set a timer simply by swiping up on the home screen. The app will also send you a push notification when the lobster sauce for your quenelles of pike is done simmering.

The real question is, does it blend?

Project Morpheus get back! The PS Flow is the new gaming peripheral king

Sony couldn’t help but stay out of April Fools’ this year, and why not use it as a marketing opportunity for the the Sony PlayStation 4 and the upcoming Sony Project Morpheus VR headset? Although the console is selling like chocolate-drenched hotcakes, the latest wearable peripheral might find it a bit treacherous in the serious gaming market of 2015.

Waterproof earphones built into the goggles create a highly realistic audio environment while submerged. PS Flow will allow gamers to participate in any underwater game elements from the water, allowing them to continue gameplay swimming in the real world.

And finally, what is our favourite part of the entire hoax:

PS Flow will also be available with an accompanying drying system for ultimate gamer satisfaction and ease. PlayStation Flow Body Dryer is quicker than using a towel or any hand dryer, a true revolution in drying technology.

Yes, some PlayStation employee wrote that down with a straight face.

We’re definitely glad to see that Sony has such a brilliant sense of humour. Alternatively, we imagine that they can since the PS Flow sounds miles better than the Kinect.

We’ve covered this story on Memeburn earlier this week, but it’s worth another mention here, thanks to its sheer brilliant stupidity.

Read more: Someone has invented the Selfie Shoe to enable people to take a Shoefie

While in practice this actually makes sense, some unfortunate few on the internet were undoubtedly had by Miz Mooz’s hilarious prank.

If you could picture yourself using and wearing something like this to snap selfies, let Miz Mooz know and the company may just rustle a pair of these in a colour that doesn’t resemble tartar sauce, because we all know that it’s the colour that makes these shoes simply terrible.

And we couldn’t stop laughing.

Alex from the site about all things Kyoto has published a YouTube video that had a few commenters in absolute agony, following some of the funniest “announcements” Nintendo could’ve made before its Nintendo Direct video presser on 1 April.

For one, Super Stable 2D is something all gamers will definitely want on the New 2DS XL when the company “launches” the new console ahead of the Nintendo NX. The Wii U Legend of Zelda game is also delayed beyond 2017, according to Nintendo Life, and if you believed that then you were probably crying your eyes out.

For that and more painful revelations from Nintendo Life, hit up the video above. 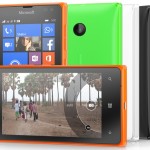