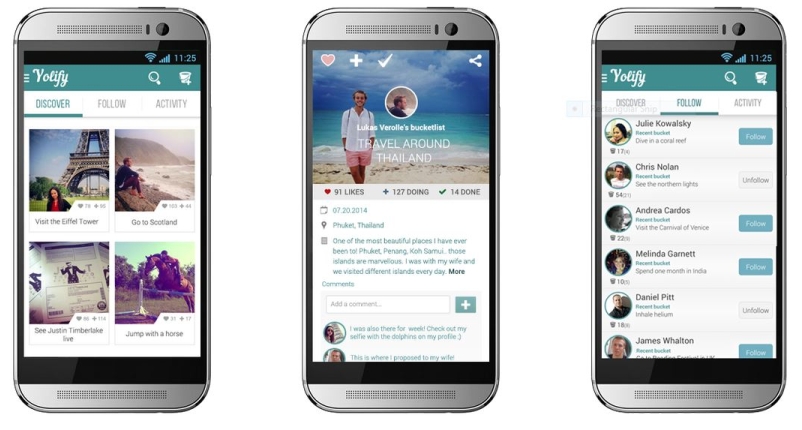 In our weekly series, Ware of the Week, we showcase our favourite organised lines of code from the world of mobile and desktop computing. In today’s edition, we profile an evolved bucket list app that embraces YOLO like no other — Yolify. If you missed our previous Ware of the Week winner, catch it below.

It’s fairly easy to get stuck in a rut, even with that bucket list quietly sitting untouched in your dressing room cabinet. At some point, you’ll have to address those ambitions and dreams and punch them in the face.

While Yolify doesn’t exactly arm you with brass knuckles, it does teach its users that setting goals and achieving them really isn’t such a scary (or boring) thing after all, especially when the rest of the internet is egging you on.

Developed by a Swiss/Hungarian team, Yolify is a little over three weeks old from a company that’s a little over two years old, but the interface would have you believe otherwise and the polish of the app makes some more established apps look shoddy.

Currently only available for Android devices, Yolify combines a bucket list-themed productivity app with the wide world of social media, but that’s just its barebones. In a sense, it’s a hodge podge of a number of apps including community-curated travel guides, to-do lists, a bucket list app (its central theme), a calendering app and a follow/like system similar to contemporary social networks.

Sign up using Facebook, Twitter or an email address, pick your password and soon after you’ll be transported to the app’s main page, where you can add items to your bucket list. Search functions help out in case you get cold feet or require a spark of creation or you can gloss through others’ bucket lists simply by heading to the “Discovery” tab.

The app lets you discover new and possibly daring adventures, from crossing the Grand Canyon on foot to meeting the Queen. Yolify’s community can also view the items on your list, add said item to their own list or drop a comment.

Yolify lets you “step out of your comfort zone by planning and completing the things you want to do in your life,” notes company co-founder Daniel Racz.

Seeing everyone’s goals keeps you motivated to use the app regularly, to extend your bucket list and cross off those little things we tend to forget about. This inspiring concept is paired with the social feature of following other users: by browsing in the app you may find interesting people worth following or others who seem to pursue similar goals as you do.

Social interaction, motivation and inspiration forms a large part of Yolify. It’s not an app for private personal encouragement, and there is a lack of granular privacy settings within the app’s UI (you can’t hide your ambitions, for one), but that would go against its intrinsic value.

Yolify is a wonderful place to be an a small screen with its stately, modern fonts and ordered borders. The images are also large and apparent, and is the main source of starch in the interface.

Profile pages are certainly nifty too, favouring circular profile pictures with the header image that most social networks feature nowadays also available. The only issue is the lack of resizing options for these, which makes choosing an adequately centered image a nightmare. Nevertheless, this shouldn’t be a deal breaker. The menus are well laid-out, with three distinct sections: “Discover”, which allows the user to pick through others’ ambitions; “Follow”, which allows the user to trawl through other users’ accounts; and finally, “Activity”, which is essentially a timeline of the users followed. Those on Twitter and the like should find Yolify fairly easy to learn.

While Yolify is a brilliant idea in a sea of copied social apps, it has a tiny footprint. Less than 2000 are currently using the app. And for an app that centres around its user base, this could prove a sticking point going forward.

As noted before, if you’re particularly privacy minded, Yolify will definitely be an issue. Sharing information keeps the Yolify wheels turning, but I believe that Dappwall should at least add a few more granular settings.

But, with that said, the app is mere weeks old. There’s lots of room for improvement, but for now, it’s solid, entertaining and genuinely motivational when used in earnest.

If you struggle to complete goals or just plain forget about them or need a lift every now and again, Yolify is a great way to aggregate your own ambitions, look through others’ and finally start denting that bucket list. 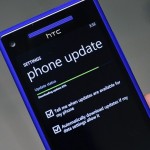