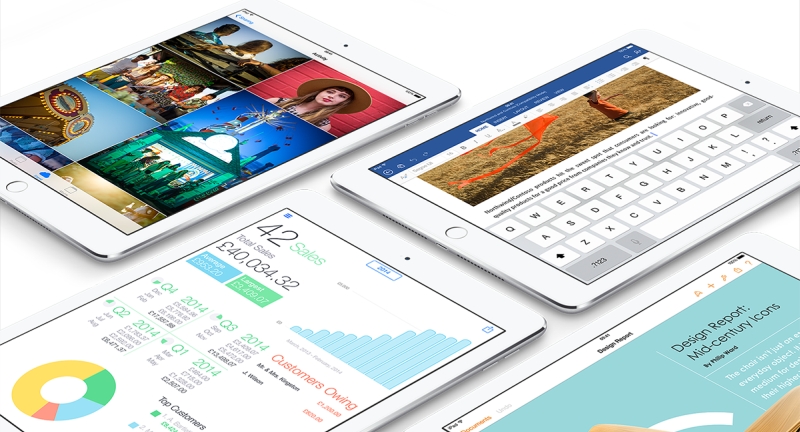 Although it seems that the time for Apple’s sweetheart has long gone, the company hasn’t fully given up on its iPad tablet just yet. The device that single-handedly ended the reign of netbooks and thrust the important of tablets in consumers faces has been battered by the tremendous sales figures of the iPhone. Even if the current crop of iPads have sold a paltry collective of 12.2-million units, there might be another device on the cards.

AppleInsider has gained word of a new device, boasting a much larger screen, Bluetooth-based accessories and a few features lifted from the company’s new MacBook.

“A person familiar with Apple’s future product plans” (possibly the gardener at Infinite Loop) has outed some juicy details of the iPad Pro — what most in the industry refer to the upcoming iPad refresh. And based on its prospective spec sheet, it certainly deserves that title.

The screen size, according to sources, will be upped to 12.9-inches which is fairly large considering the 9.7-inch benchmark of the iPad Air 2. It’s certainly geared towards more serious users, dabbling in graphic design or demanding mobile computing. With the larger screen we’ll see the likes of Apple’s Force Touch technology included, which allows the system to decipher different pressures and execute varying commands based on these. It was made famous on the new MacBook and is indeed one of the company’s more interesting technologies. Lastly, we could be in for a brand new stylus commanded via Bluetooth which will go nicely alongside the Force Touch system.

The inclusion of NFC is also mentioned, perhaps to carry the Apple Pay system that was introduced on the iPhone 6 and iPhone 6 Plus. And, more obviously, the new iPad will likely boast the Samsung/TSMC-manufactured Apple A9 chip, which should feature around 4GB of RAM alongside it. And if that’s not all, a USB Type-C will likely feature too, but there’s no word whether this will replace or join the current Lightning port on the newer iPads.

Other details are sketchy at this point, but based on the number of leaks and the spread of the sources, it seems that a larger iPad doesn’t only make sense but seems extremely likely.