Developed by engineers at Oregon State University (OSU), ATRIAS is a bipedal robot that recently took its first ever outdoor stroll, marking a significant milestone in its quest to become the first robot to emulate the true nature of human locomotion.

Although there are plenty of exciting bipedal robots currently in development, only ATRIAS mimics “the elastic, energy retention” characteristics of human legs.

To scare children and expedite the obsolescence of human beings, obviously. I kid.

In truth, emulating human walking in robotics serves the purpose of saving energy. Already, ATRIAS expends significantly less energy when walking as compared to other bipedal robots. With six electric motors, the ATRIAS’ lightweight “four-bar carbon-fiber leg mechanism” is powered by a battery no larger than the size of a two litre container of milk.

Animals with legs sort of flow in the energy used, in which retained kinetic energy is just nudged by very efficient muscles and tendons to continue the movement once it has begun. [And this is exactly] what’s unique about ATRIAS – not just that it can walk, and will eventually run – but that it’s doing so with animal-inspired fluidity of motion that is so efficient. This will ultimately allow a much wider range of robotic uses and potential than something which requires larger amounts of energy.

Because of its design, the ATRIAS’ footfalls are softened, which prevents the robot from taking sudden large jolts to the body that would otherwise drain significant battery power in its attempt to recover.

The engineers responsible for developing the ATRIAS bipedal robot have big plans for the future. Currently, they are looking to better equip ATRIAS with the ability to take in the sensory information gathered from its surroundings to adjust its locomotion much like living creatures do. Although ATRIAS has far to go on this front, already this bipedal robot can maintain its balance when objects are thrown against it when walking.

Other goals include using ATRIAS’ human-like abilities to help improve prosthetic limb and exoskeleton technology, but in the meantime, have a look at ATRIAS’ first trot in the sunshine. 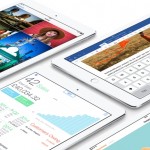