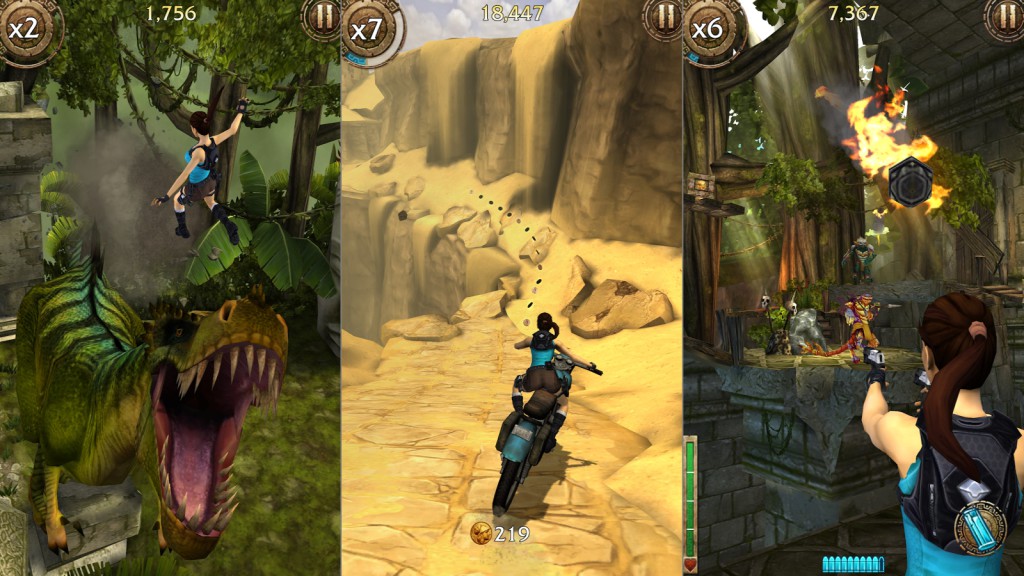 Most of us are suckers for punishment. No, what I mean is most of us have enjoyed at least one freemium game, whether it be a social farmer or a dumbed-down city-planner. And hey, maybe you’ve sunk a bit of cash into one. I’ll raise my hand and say I have; I don’t remember what it was, but I remember feeling dirty afterwards.

I’ve paid for freemium content. Square Enix decided to cash-in once more on this model and gave us Lara Croft: Relic Run. It’s an endless runner based off of the old Lara. But is raiding tombs really worth it?

Relic Run follows the same formula as the likes of Spider-Man Unlimited. Your character, Lara Craft, runs through a course of obstacles while you control her in third-person view. She’ll jump over pits, shoot monsters, swing on vines, and run across walls. All of these actions require the player to swipe the screen just before she needs to take the action. Think of it as a Quick Time Event (QTE) but without the prompts. It’s at least semi-easy enough to do while sitting on the toilet. Of course, this is a freemium game so don’t expect a brisk walk in the park.

Like narcotics, the first one is always free. It’s easy to upgrade some of Lara’s abilities while playing casually, but a lot of it will require a gold collecting grind. Even then you’ll find it easier to drop some real cash on the in-game diamond currency.

Some of the pitfalls, jumps, and obstacles will come as a surprise to you. Why? In order to kill your character and force the use of continues. Yup, those can be bought as well. The continues required for each resurrection will pile up. Every once in a while you’ll receive some freebies, but they’re not enough to sustain clumsy Lara — or your lack of precognition for jumps. Now that I’ve gotten through the irksome parts of Lara Croft: Relic Run, let me touch on the better aspects. The graphics are decent and it ran well on my iPhone 5c. Everything is beautifully rendered. Lara is modelled after her original Tomb Raider days and the first level is Jungle Temple – a jungle setting.

You’re able to purchase Desert Ruins, which will either require some serious grinding or putting cash down. There is a Mountain Pass setting still in development.

The game is fun. I’ll admit it. It’s not as fun as the bigger-budget Tomb Raider or Lara Croft games, but that’s not what it’s trying to be. Yes, it’s trying to be a cash sink, but thankfully it mostly fails at that.

Verdict: Lara Croft: Relic Run isn’t the type of game I’ll put any money into. I’ve played three to four hours worth of it, but will soon be deleting the app from my phone. It’s worth a download if you’re looking for something challenging, or are having trouble with a particularly difficult stool. 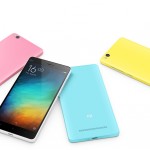