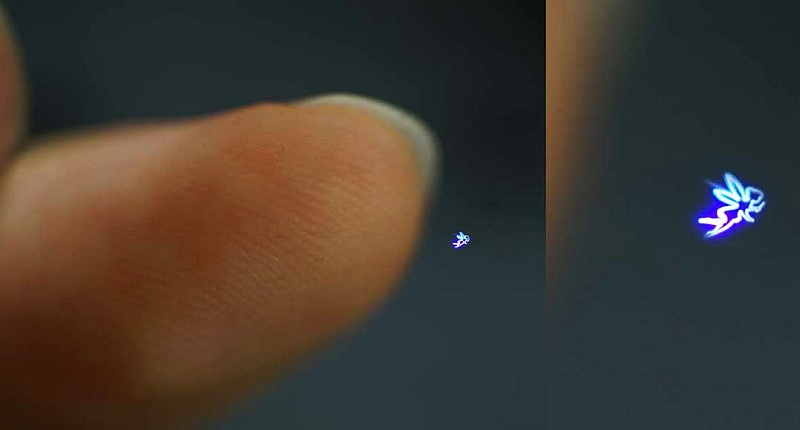 Using a system of lasers, mirrors and cameras, researchers at the Digital Nature Group (DNG) have invented a way to project three-dimensional holograms made up of tiny points of light called voxels that respond to human touch.

Creating these special types of interactive holograms involves the use of lasers that transmit bursts of energy that last from 30 to 270 femtoseconds. According to principal investigator Yoichi Ochiai, touching the hologram feels like sandpaper (or for some like static electricity) that, due to the shortness of the laser bursts, are safe to touch.

Dancing holograms and the sense of touch

The three-dimensional images created have resolutions up to 200 000 dots per second. The sensation of touch these holographic displays offer is the result of light (voxels) emitted by plasma that interacts with human skin. Plasma is the fourth state of matter after solid, liquid and gas. Put simply, lasers that are focused in a particular spot ionize the air, creating ionized gas, or plasma. Although femtosecond lasers have been tested by other researchers, only the DNG team has achieved image resolutions as high as theirs and that don’t burn human skin.

Since the laser bursts are so fast, and with the aid of a camera, they can easily respond to human touch, changing the projected hologram’s shape as desired. Here’s a more detailed explanation courtesy of Popular Science:

To create their holograms, researchers fired their femtosecond laser through a spatial light modulator, which continues the beam through a series of lenses, a mirror and a Galvano scanner, which positions a mirror to precisely direct the laser beams. A camera underneath the hologram captures user interaction, allowing the dots to respond to being “touched.”

Potential uses for these interactive holograms could include interactive display menus, window panes and control systems. And the gamer in me can’t help but fantasize about projected ghosts that burst forth from your television screen that you can interact with and…I digress. 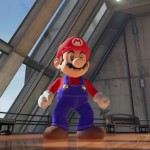