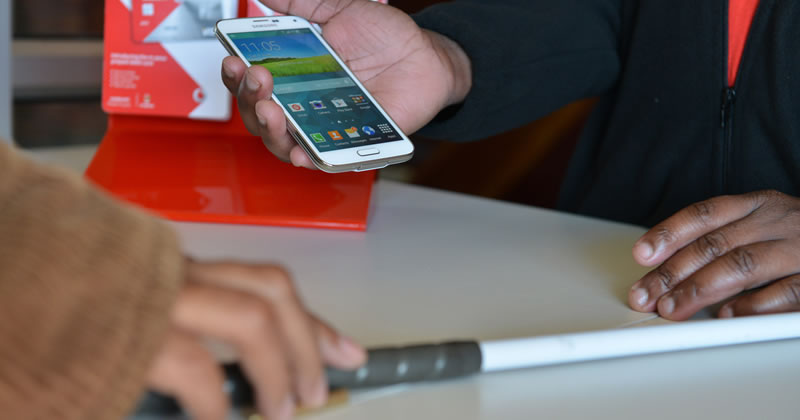 Smartphones are everywhere and a large part of our society. Year on year smartphone usage is overtaking traditional desktop platforms. For most of us using one of these devices the smooth screen and lack of buttons have become second-nature. Yes, it probably took some time to adapt from traditional button phones — my adjustment took a while. For Visually Impaired People (VIP) it’s a completely different story, and an area requiring more awareness.

Like those of us who have sight, VIPs want the latest technology — more specifically smartphones — as well. The devices hold a robust range of features which are useful to all users. The problem, of course, is the usability and navigation of these smartphones.

Vodacom recently launched their first kiosk for VIPs. This landmark store is located in the Cape Town Society for the Blind (CTSB). The aim of this kiosk is to show VIPs the benefits of built-in text-to-speech and Accessibility software, such as voice-over. The service is sustained through the sale of starter packs, M-pesa, and airtime at the stand.

Lizelle van Wyk, CEO of Cape Town Society for the Blind says there is a great benefit in this new initiative:

Thanks to Vodacom, people at the society can realise the potential of technology and how it can change their life.

Even though Accessibility and Text-to-Speech functions are already built into your smartphone, you may not have ever tried them. On Apple’s iPhone it’s called Voice Over; on Google Android it’s TalkBack. Once activated, the way you interact with the phone will be altered. Everything you touch on the phone’s screen will be read out to you; from which icon you touched to the message you just received. This functionality includes options for the speed at which text is read out, pitch changes, sound effects, and others. Inverting the colours is another useful tweak for some VIPs. There is a range of options embedded into your phone without the need for any additional applications or modifications.

As Smit points out, people shouldn’t confuse Apple’s intelligent personal assistant, Siri with Voice Over. Yes, the software is beneficial to VIPs, but it doesn’t function in the same way. Even though Siri allows users to call contacts, type messages, or search for items, it doesn’t read out applications or text on a web page. With Apple’s latest announcement about “buffing up” Siri in iOS 9, we look forward to seeing how the new version helps VIPs in the future.

The most accessible smartphones for VIPs are iPhones, which are closely followed by the Samsung Galaxy range. This is no surprise as both companies put large budgets into R&D. Other mobile operating systems, like FireFox OS, are not yet ready for the VIP market. The problem with these devices is the pricing as they are top of the range products. Smit says the ideal phone is one capable of running Talk Back without any problems and under the R2000 price point. A recent example of this is the Huawei Ascend G510.

We spoke to Michelle Botha, Funding Developer and PRO at Cape Town Society for the Blind, about some of the technology she uses. For starters, GPS functionality is a “nifty” functionality to have as it facilitates VIPs with location finding. It may be a function we take for granted but is a useful tool for the visually impaired. Unfortunately, crime is a factor here as VIPs are vulnerable when walking around with an expensive phone in hand. This is South Africa, after all.

Blind Square is an iOS app created specifically for VIPs and the blind. The application, in conjunction with the phone’s GPS, FourSquare and OpenStreetMap, reads out details around you. Blind Square is able to tell you the street name you’re on, landmarks, such as the nearest restaurant, and information about your location. All of this is spoken out in a clear and synthetic voice. The app is R369.99 on the South African App Store.

Color ID helps VIPs identify the colour of an item, and it’s free. The smartphone’s camera is aimed at an object and the colour is red out when the screen is tapped. It’s in ingenious and simple concept.

Eliminating the need for scanners and PC text-to-speech software, KNFB Reader scans text from photos. The program requires you to snap a picture of a document and it’ll then read out the text to you. This application comes in at a hefty R1199.99 on the South African App Store.

Audible is another great addition, but a costly one at that. While most books can be purchased in audio format, removing the need for a bulky Brail tome, these purchases can be costly and incur higher than normal data costs when downloading.

Even though there are applications capable of assisting VIPs, their cost is often a factor of consideration. Botha says apps should come with a rating system for VIPs. This could help determine which are worthwhile before spending money and downloading the program.

This project is part of our CSI initiative to help improve the lives of visually impaired people through the use of technology. For some at the Cape Town Society for the Blind, it’s their first experience of this type of inclusive design technology. There’s much excitement and enthusiasm for trialling the devices – it’s great to see how technology can help persons with disabilities meet their communication needs. 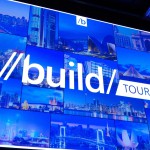