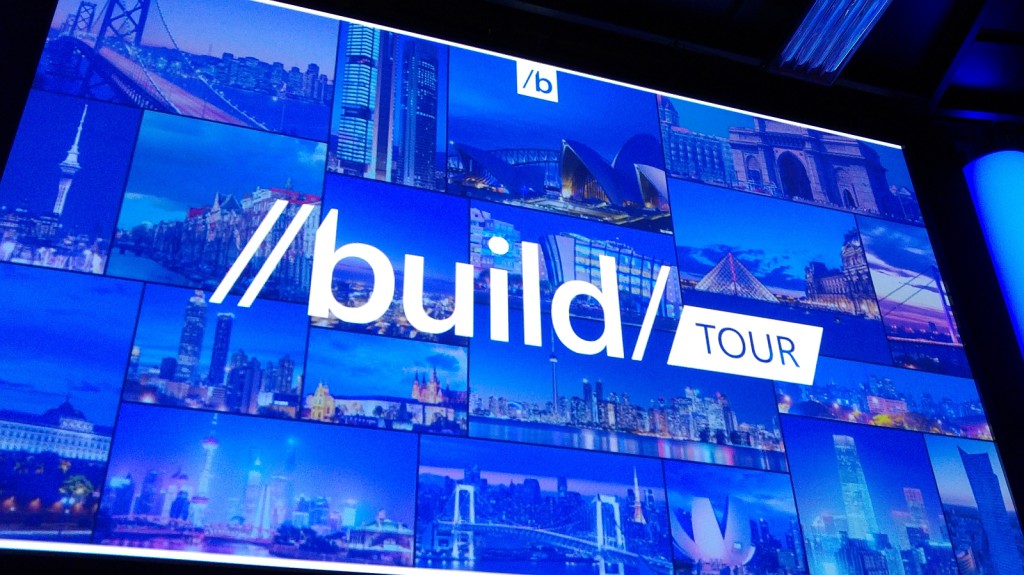 Apple and Google haven’t taken the time to pop in to greet South African developers and users in person, but at least Microsoft’s personnel understands the importance. At the recent Microsoft #BuildTour event at Johannesburg’s VodaWorld conference centre in Midrand, some Redmond folk donned South African cricket shirts (amid a minor baggage kerfuffle) to address avid and prospective Windows 10 users.

But to what degree will Microsoft’s next ecosystem fundamentally change the way developers and users interact with the world around them? Well, as it turns out, extensively.

We were there to sieve through the dense and sometimes overwhelming stream of information, and while we’re just a few weeks away from Windows 10‘s official 29 July launch, there’s already more buzz around the operating system, the likes of which we haven’t seen since Windows XP.

When Pete Brown, Microsoft’s principal program manager, took to the stage for the conference’s keynote, there was a definite buzz in the air from the 570 attendees. Of course, most of this was from developers, but it’s particularly useful for the consumer as well.

Windows 10 has taken a lot of the fluff and faff inherent in Windows 8 and older and shoved it in a cupboard above the stove. It’s a new platform that makes it easier for developers to craft apps, programs and games across devices.

The unified philosophy also include Android and iOS rather interestingly, with code from those OSes’ apps able to run on Windows 10.

It really is the new jack of all trades platform, and the ability to “achieve more” on the system (as Brown noted) is due to the new unified philosophy.

The Universal Windows Platform is one such development, that allows devs to build apps and programs that can intelligently scale between phones as small as 4.0-inches and devices as big as 4K 88-inch Surface Hubs, this is mainly thanks to XAML’s evolution, which now allows developers to intelligently control triggers and resolutions based on the device being used. There’s one set of APIs and one overarching framework, not the faff we have come to know from Windows 8.1 and Windows Phone 8.1 which were two vastly different OSes.

Apps moved over from 8.1 will see performance gains of around 30% and 45% in CPU usage and memory working set (RAM), respectively, noted Kiran Balijepalli, a Microsoft tech evangelist. The unified Windows Store will allow developers and marketing professionals a host of new revenue streams.

What does this mean for consumers? Well, if it’s easier for developers to create apps on the platform it would essentially mean that more developers will make apps for the platform. Embracing a unified structure also means that apps on a smartphone can be moved across to the PC, and this is mainly where Windows 10’s nifty Continuum feature comes into play.

That isn’t all that’s coming to Windows 10 either.

Changes in philosophy: reworked UI, ‘Windows as a service’ and the free upgrade model

Something consumers will notice immediately is the return of the Start Menu and Start Button to the OS’s UI. It’s a move that does seem like a backward leap for a company that strove to break touchscreen ground with Windows 8.x, but it’s a well made consideration. Windows 10 is definitely a platform for the Maker Movement, supporting a host of development boards.

And many of these considerations herald the return of features previously lost, like the Action Center which allows users to follow PC alerts and newer features like Virtual Desktops which allows the user to make use of a number of virtual screens to host apps.

The free upgrade model however is the biggest step for Microsoft.

Brown, in a media round table after the event, noted that the reason for the free upgrade is to attract new users to the platform. The company is aiming for three billion devices running Windows 10 in two to three years after release — ambitious, but highly doable. And while the free upgrade is only available for a year from the OS’s launch date, that year will encourage those with legacy OSes to act and act quickly, at least that’s Brown’s philosophy.

There’s less of a chance that users will be stuck on the same OS for ten years, so was the case with XP.

From big to small: Windows 10 will be practically everywhere, Microsoft hopes.

But Windows 10 isn’t going to be a traditional OS like Windows XP. It’s slowly evolving into a service which runs across multiple devices in unison. It’s more connected to the web than ever before, and that’s incredibly important when considering the move to mobile and the power of its new browser — Microsoft Edge.

The bleeding Edge: “Back in the browser game”

It seems DirectX 12 will be playing a marked role in the OS as well.

Considering that there are over 44-billion websites on the planet, with a remarkable number of those visited by the average person every day, a capable browser supporting the latest technologies is a must — and that’s where Edge comes in. The Octane benchmark is crafted by Google but Edge practically spanks its browser in a horsepower test.

Of course, benchmarks are helpful for theorists but how does the browser fair in real world usage? Well, Edge supports WebAudio now as well and when used alongside the likes of DirectX 12 — Microsoft’s upcoming graphics API — the results are astounding. The company displayed a rather mega interactive game-like app running within the browser, that allowed the user to walk around and interact with the environment without any browser failings.

As a side note, one can imagine what DirectX 12 will bring to the likes of the Xbox One in terms of horsepower.

It’s a shot to the teeth for the likes of Internet Explorer and means that consumers should expect to find an adept browser package baked into Windows 10. Its new user string also means that more sites will render adequately on the browser than other packages, which is especially appreciated by consumers. The power of Edge’s new rendering engine alongside DirectX 12 and WebAudio allows in-browser games such as this flight sim,

What has this got to do with Africa?

It’s a developers conference in the heart of South Africa so naturally talk revolved around the company’s influence on our shores.

Naturally, Clifford de Wet — Microsoft South Africa’s developer platform head — had quite a bit to say about the country’s massive growth towards technology and its increasing reliance on it and Microsoft wants to be at the forefront of this revolution. Microsoft isn’t all about software. The company’s making strides into the continent’s job market too, with training centres and programmes for those interested in careers in IT.

So what has Microsoft got to do with all this? Simple: the company’s crafting more software that allows better management of business essentials. Additionally, its new educational programmes are getting people familiar with IT and into sustainable jobs.

Electricity production and distribution is a big problem in South Africa in 2015, with loadshedding a regular and annoying occurrence. De Wet was sure to mention this, but what was even more impressive was the service used to keep abreast of the issue.

PowerBI is one of the company’s newer services that uses machine learning and a host of other tech witchcraft to make data capturing and categorisation an absolute breeze. Is your Durban office using more power than your Bloemfontein office? PowerBI will be able to tell you. PowerBI is one of the most impressive services offered by Microsoft powered by Azure’s amazing machine learning system.

It’s definitely too complicated to explain in one paragraph, but it demonstrates the might of the company’s Azure platform. PowerBI will arrive on mobile too, with an iOS currently available and an Android version coming within a few weeks.

While #BuildTour has always been a traditionally developer-orientated show, it ultimately underlines how each consumer is affected by code. Windows 10 will likely make developers’ lives a lot easier, and in turn will make the user’s overall experience even better.

The likes of Microsoft Edge and DirectX 12 will also bring new life to Microsoft’s web strategy in a time when mobile and the internet walk together hand in hand. And above all of this, it’s important to note that Africa is a key frontier in Microsoft’s future growth strategy.

And as Microsoft tech evangelist Brent Samodien so eloquently put it: “Developers have never had as much power as they do today.” 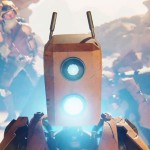